The average home produces 40 pounds of dust a year. 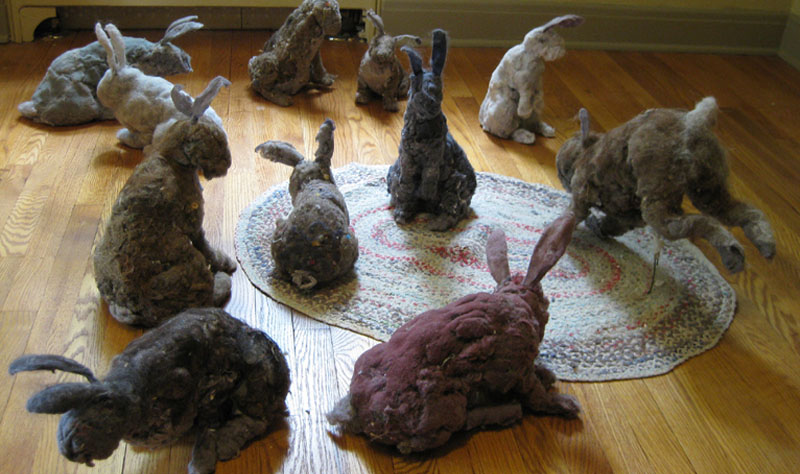 A necessary part of cleaning up is throwing trash away. After you’re done sweeping and dusting, everything collected in the dust pan gets tossed in the trash bag and discarded.

Unless you are an artist.

For some artists, this means collecting your dog’s hair after a grooming, but for Suzanne Proulx, it just means keeping all that dust for something special. 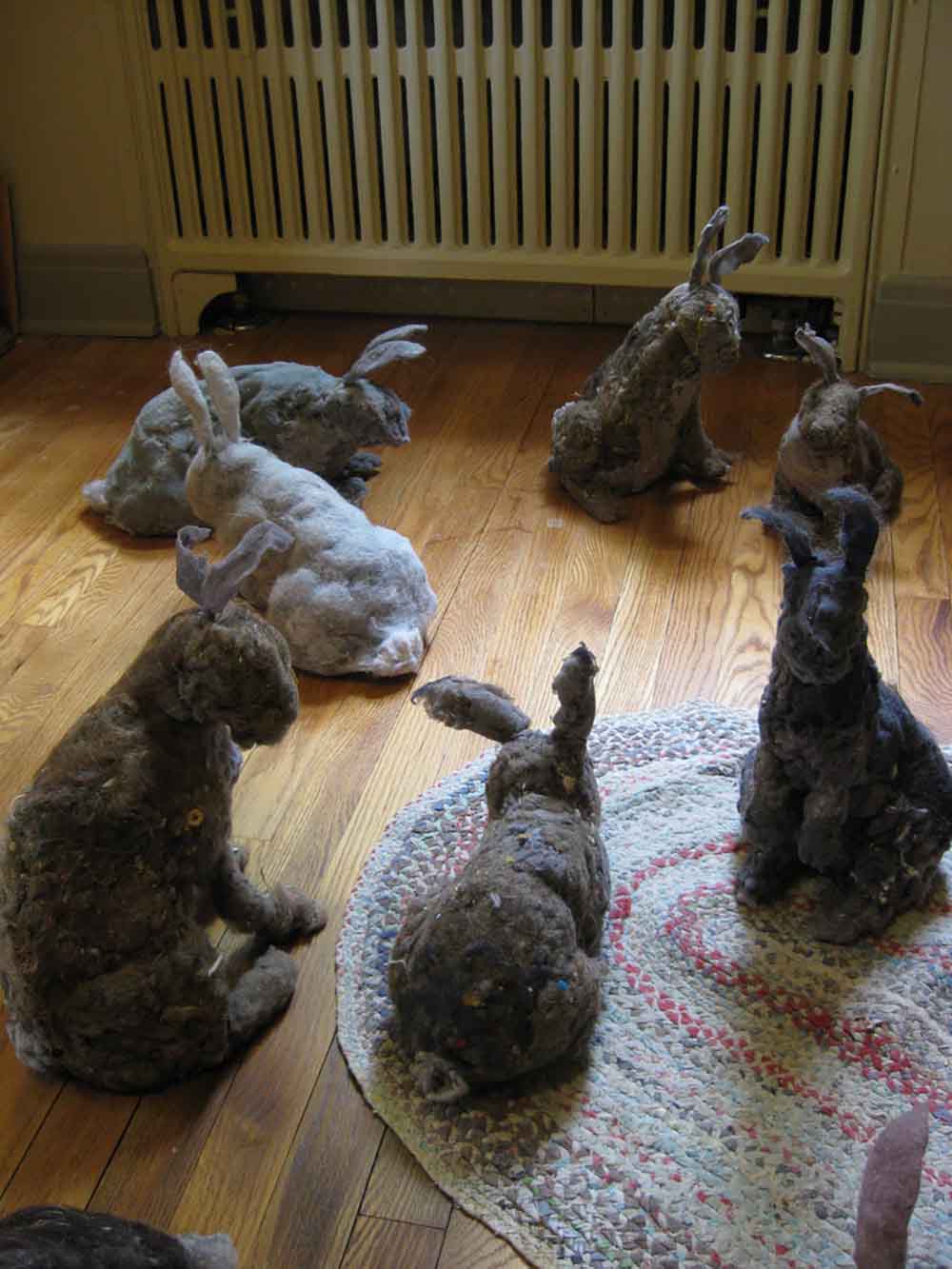 Proulx was commissioned by Febreze Air Purifiers to make bunny sculptures out of 40 pounds of dust. Lucky for her, she wasn’t expected to collect the dust from her own home. 40 pounds wasn’t an arbitrary number; the average American household produces that much dust in a year.

To collect all 40 pounds, Proulx relied on donations from friends, family, and strangers. Students at Edinboro University of Pennsylvania, where she teaches, also helped out by giving her the lint from the dorm dryers. 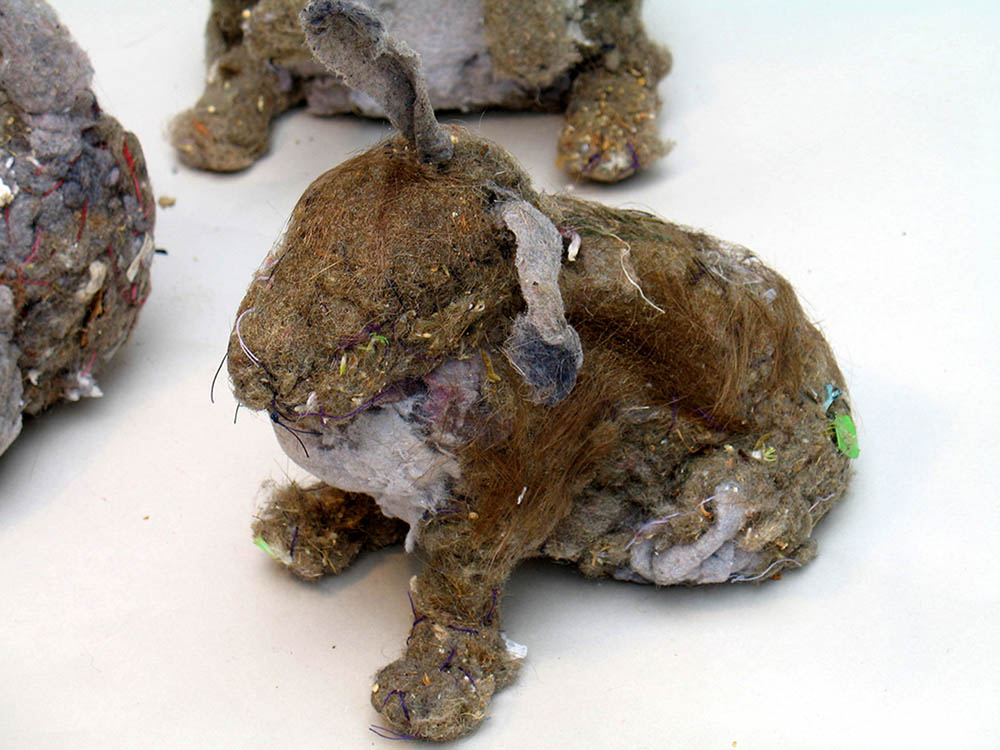 To make the bunnies, she had to build a skeleton frame, cover it in wire mesh shaped like a rabbit head, stuff the mesh with lint, and spray it all with an adhesive.

What started out as a statement from Febreze, turned into some really unique art. But if it seems as though they chose Proulx on a whim, that is not the case.

Proulx has dealt with dust before. She made a few portraits out of dust that caught people’s attention. Like so many other artists, she wanted to make a point about something fleeting and temporary.

“They are depictions of our bodies created from our actual shed bodies, trying to make permanent what is temporary and cast off.”

Dust isn’t the only medium she works in. She also takes household objects and transforms them into sculptures. Fruit becomes birds hatching from eggs, and potatoes and lemons become body parts.

Proulx’s art has always branched into the odd, but the bunnies are certainly the cutest. 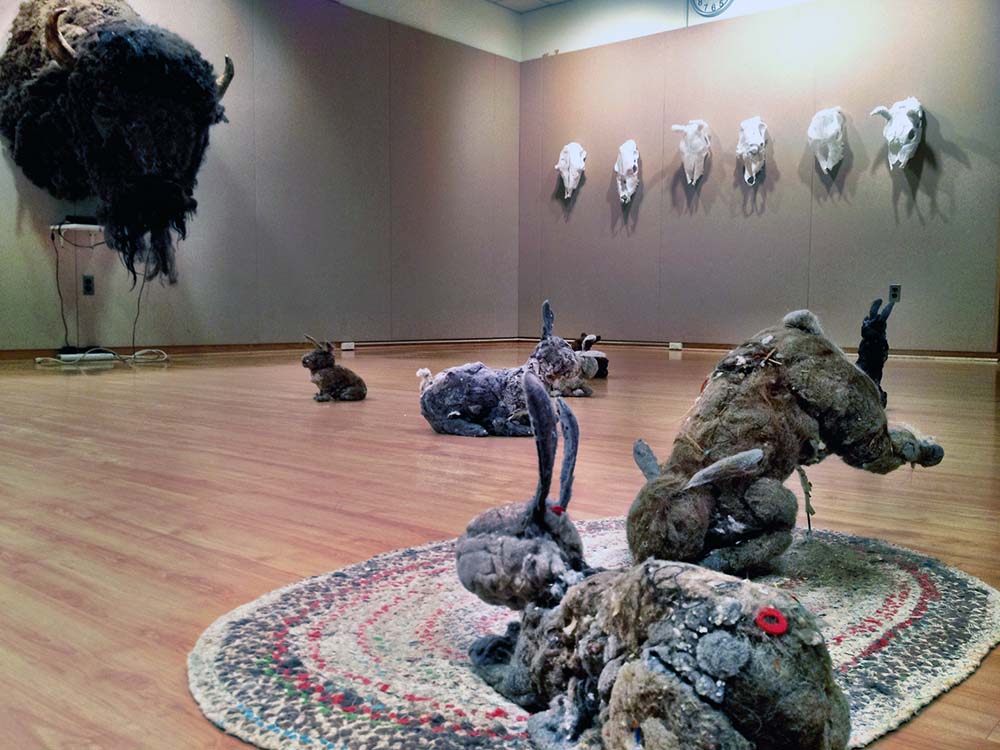 Next post Great White Bursts Into Shark Cage with Diver Inside