Reg Spiers: The Man Who Shipped Himself Home in a Box

At one point, he had to strip naked to fight the heat.

The Journey of Reg Spiers

In the summer of 1964, Australian javelin thrower Reg Spiers was traveling around Britain’s athletic circuit in an attempt to qualify for Australia’s Olympic team. He didn’t make the cut and was left without a dime, stranded in a foreign land. With his baby daughter’s birthday coming up, Reg was determined to get home.

Unable to afford a plane ticket, he concocted an absurd plan. Reg was going to pack himself into a crate and air-freight himself back to Australia. Talk about precious cargo! 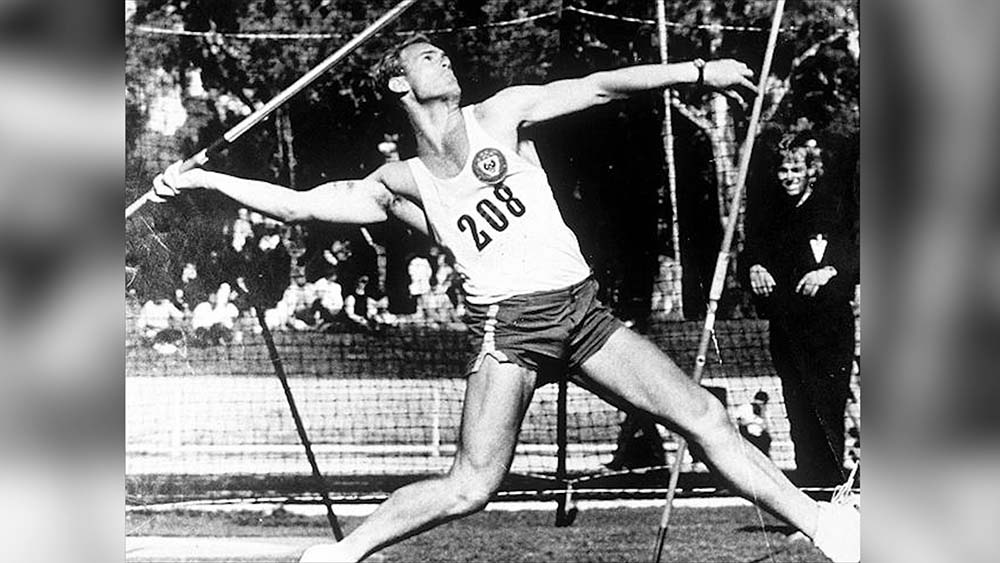 With the help of his buddy, McSorley, Reg constructed a 5-foot by 3-foot by 2-foot-6-inche wooden box. Standing over six and a half feet tall, it was big enough to stretch his legs, but by no means comfortable. The box had latches at both ends so he could get out regardless of how baggage handlers haphazardly stacked him and pennies were wedged between the box’s wooden so he could breathe. To prepare, he fasted for a week prior in order to slow down his bodily functions.

With home on his mind, Reg climbed inside with some rations, a copy of Esquire magazine, a flashlight and a suit to ensure he looked dapper when he arrived Down Under. Nailed in and labeled Cash on Delivery, Reg was dropped off at Heathrow Airport and was ready for the journey of a lifetime.

Kicking off the trip, Reg was delayed 28 hours in London due to fog and had to stay in his box the entire time, waiting for the plane to finally take off to climb out and relieve himself. This was the ONLY time Reg got out of the box during the entire 63-hour trip, and it almost got him caught! Somewhere between London and Paris, he got out of the box and peed into an empty spaghetti can. The plane began its descent and, in his rush to hide, he left the can sitting on top of the box. Lucky for Reg, baggage handlers simply thought their coworkers were playing a prank.

Next stop, India, where Bombay airport workers left the box on the tarmac for hours in the sweltering heat. To keep cool, he stripped down to his birthday suit and went full nude inside the box.

Finally, Reg touched down in Perth and was taken to a shed with the rest of the freight. He made his way out of the box (which was conveniently located next to a crate of beer, so naturally, he popped one open—Cheers, Reg), put on his suit and began hitchhiking the 2,000-ish miles to his family in Adelaide. 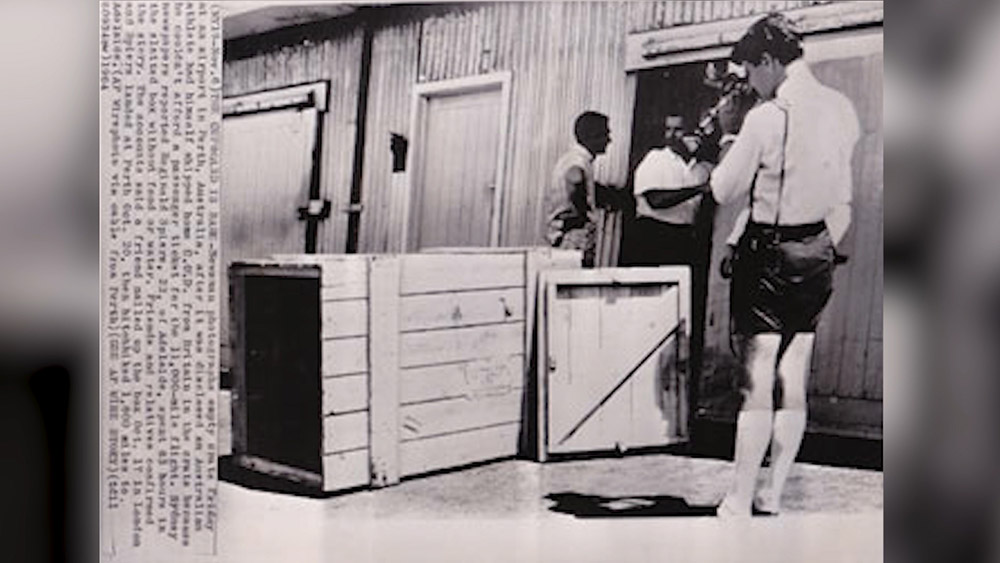 The Search for Reg Spiers

He made it—and in time for his daughter’s birthday—but forgot one tiny detail. He forgot to tell McSorley that he arrived safely. Obviously, McSorley assumed the worst and panicked, calling a journalist to help track Reg down. This spurred a media circus—so much so that the airline Reg had snuck onto was pressured into allowing him to fly for free, which was lucky as the cost of shipping the box would have actually been much more expensive than a plane ticket.

Over those thirteen thousand miles and three continents, Reg was upside down, right side up, on the brink of dehydration and even dropped by a forklift, but he managed to travel halfway around the world for FREE!

Previous post Can You Hear Her? La Llorona Is Calling Your Name!