Millions of taxpayer dollars funded the bizarre and unbelievable research. 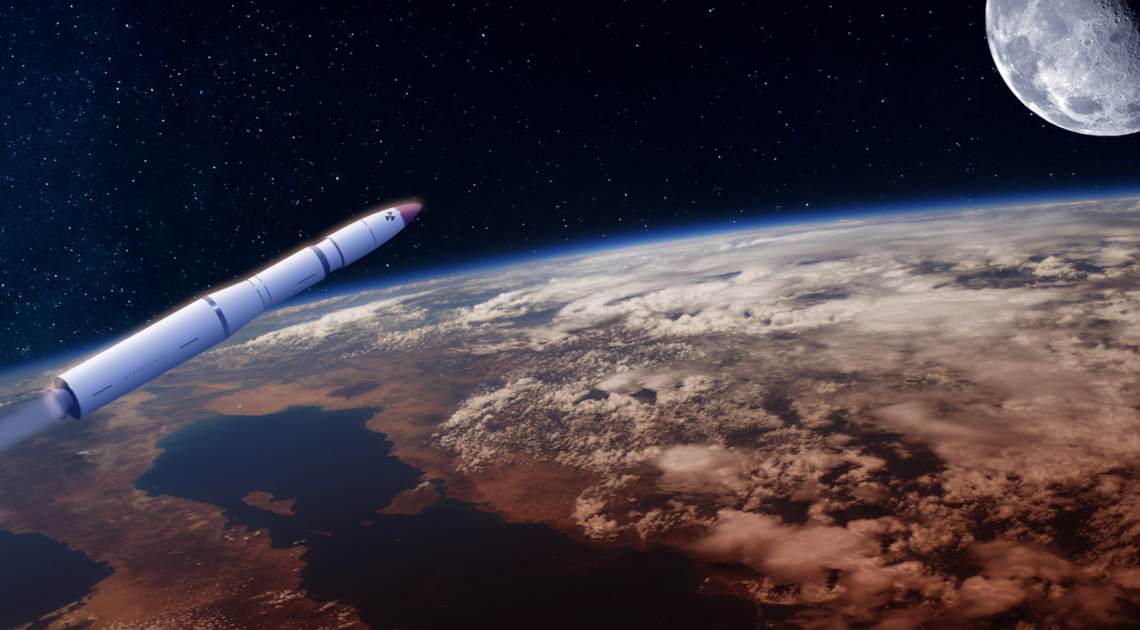 Truth is stranger than fiction, especially when it comes to the very recent history of one of the Department of Defense’s most secretive programs: the Advanced Aerospace Threat Identification Program (AATIP). The AATIP operated from 2007 to 2012, gobbling millions of taxpayer dollars with little oversight (via Live Science).

Lack of accountability coupled with an endless cash flow inspired officials at the AATIP to dabble in some genuinely bizarre technologies. We’re talking the kind of stuff you expect to see in an episode of Star Trek or a Harry Potter film: traversable wormholes, antigravity devices, and even invisible cloaks. But the scheme that takes the cake remains a proposal to tunnel through the moon using nuclear explosives.

Yep, you read that right. Here’s the story of one of the most hair-brained and scary military plots you’ve never heard of.

The New York Times first announced the existence of the Advanced Aerospace Threat Identification Program (AATIP) in 2017. According to Popular Mechanics, the Defense Intelligence Agency (DIA) funded the AATIP. In turn, the AATIP studied phenomena related to UFOs. Of course, this revelation sparked the intense scrutiny of individuals fascinated by the alien question.

But searching the night skies for flying saucers was far from the only thing that the AATIP participated in. We know this because of a four-year-old Freedom of Information Act (FOIA) request by Vice for dozens of documents that recently got filled. The FOIA request resulted in a cache of 51 documents, numbering just under 1,600 pages. The documents enclosed in these pages include contracts, proposals, reports, and meeting notes.

While these might sound like run-of-the-mill documents, the papers have revealed some surprising and mysterious AATIP activities. You can get an eyeful for yourself by clicking this link. These documents detail everything from stargates and negative energy to wormholes that can be navigated. There are also discussions of warp drive, communications utilizing high-frequency gravitational waves, and something referred to as “extra-dimensional manipulation.”

The Reading Gets Crazier

Reading these reports and papers can leave you feeling as if you’re inside a sci-fi realm. But it’s worth noting that the authors of the recently released documents also spend a fair amount of time discouraging the use of these technologies. They label some impractical, while others get stamped as flat-out impossible. But these remain just the tip of the iceberg regarding the outlandish ideas these researchers bounced around.

Perhaps the wildest remains a proposal about negative mass propulsion that details the possibility of nuking the moon for interstellar mining. The authors wished to do this in the search for highly lightweight metals. According to the report, the metal in question is as hard as steel yet 100,000 times lighter. But there was a kink in their plan: the location of the metal is at the center of the moon.

So, they considered blasting a tunnel into the moon and relying on thermonuclear explosions. Fortunately, the crazy plan never came to fruition, but it still has people who’ve dived into the papers scratching their heads.

The Vice dump of AATIP documents follows fast on the heels of another recent document release that went to The Sun, a British tabloid. The Sun’s dump included more than 1,500 pages dealing with various aspects of extraterrestrial visitation. Namely, it explored the physiological impacts on humans of “alien abduction.” These symptoms include paralysis and “unaccounted for pregnancies” — Believe It or Not!