Research Suggests Mushrooms Talk To Each Other

It appears some species have a vocabulary of around 50 "words." 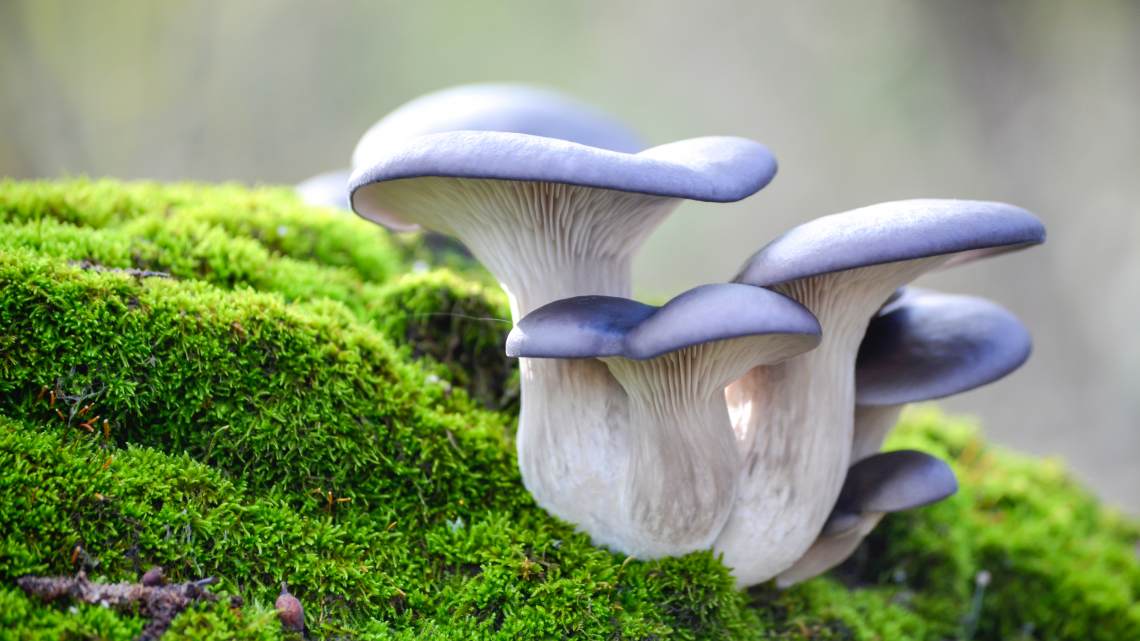 When we think of the brilliant flora and fauna of planet Earth, the usual suspects tend to come to mind, such as the great intelligence of dolphins, or elephants, and even, humbly speaking, ourselves.

Mushrooms, it’s probably fair to say, aren’t famed for their intelligence. For many, they’re controversial pizza toppings or dangerous poisonous horrors (not the same variety though, hopefully), and not much else. As it turns out, we’re not giving them nearly enough credit.

Fun Guys To Chat With

Mushrooms have always been fascinating case studies, thanks to their unique and potentially terrifying properties. The dreaded death cap mushroom, for instance, is so toxic that it causes sickness severe enough to cause irreparable damage to the cells in mere hours. Half of those poisoned by the death cap die, a fate that, in 1534, befell Pope Clement VII.

Mushrooms, clearly, are not to be underestimated. Particularly not now that we know they seem to be communicating with each other.

Fungi are often much more than what we see. In 1998, the largest known organism on the planet was discovered. At a reportedly four square miles large, how was it not discovered sooner? Because we didn’t know that what appeared to be multiple fungi were actually all a part of the same whole! 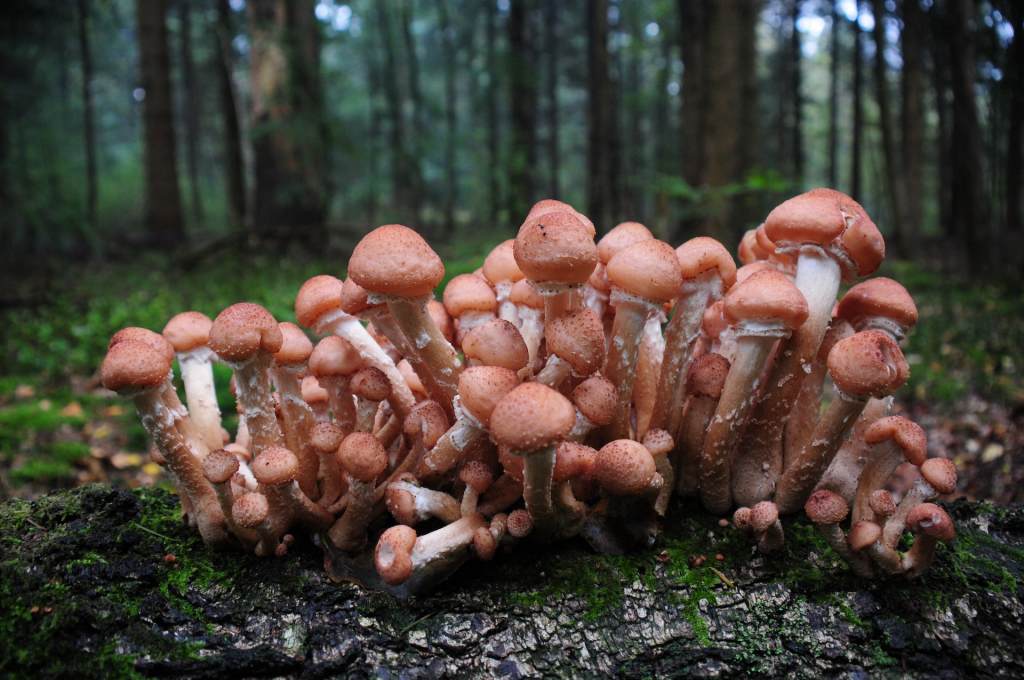 Believed to be up to 8,650 years old, the Armillaria ostoyae is found in the Blue Mountains of Oregon. Scientists tested samples in the region and found that they were related, part of one gigantic organism! Also known as the “Humongous Fungus,” the Armillaria ostoyae was connected through a string of hyphae that made up many small parts of the singular organism. It is through these small varied connections that the gigantic organism is able to thrive.

Now, you won’t hear tiny mushrooms talking away to each other at night in shady forests (that would truly be the stuff of nightmares), but through the magic of electric impulses, it seems they’re talking all the same!

UWE Bristol’s Andrew Adamatzky studied these impulses in several varieties of mushrooms. For the study, split gill, ghost, enoki, and caterpillar fungi were used. Data was collected via the use of electrodes, which were placed among the “roots” of this curious assortment of mushroom varieties. It was discovered that the pulses were not random but ordered. In a sophisticated fashion, in fact, to the degree that the coordination suggested the fungi were talking.

The pertinent question would be: What exactly do mushrooms talk about?

They often seem to be quite solitary organisms, revelling in the dark and the damp, but it seems that their primary concerns may be those shared by all forms of life: keeping themselves safe through warnings of danger and detecting something tasty and nutritious that may be within reach!

In April 2022, Adamatzky published the study titled “Language of fungi derived from their electrical spiking activity.” In research performed on the human brain, spikes in such activity and the region in which these spikes occur, can and have told us many things about how our own minds work.

Adamatzky, apparently being a rather fun guy, took the outlandish step to apply similar methodology when examining the communication of the mushrooms.

“We found that spikes are often clustered into trains,” the scientist writes, which would suggest not just a lot of activity, but a lot of coordinated activity. At these times, it seems, the fungi had something vital to tell each other. Spikes varied in frequency and intensity between the different species, and the study strove to determine the meaning of these events.

To do this, the researchers considered the length of words and vowels in English. The average lengths of a vowel sound in the English language, per the report, is 0.3 seconds, and this peculiar data made for fascinating reading. The length of a word in the “fungi” language, it seems, is incredibly similar to the length of a word in human languages. The average English word length is 4.8 spikes (the unit of measurement used in the study), and the spikes in a C. militaris train number 4.7!

In sum, these mushrooms aren’t just speaking, but they’re speaking in a manner similar to human speech!

These disparate, yet connected, colonies, would need to have some way of communicating for their own survival. The study suggests that this is what they’re doing: should a single mushroom’s state change, perhaps if it’s threatened, then these trains alert the rest of the whole, with electrical impulses running along as they do in our own nervous system.

It sounds remarkable, and it is, but it’s not without precedent.

It is understood that plants can communicate and coordinate. Herbal plants will form connections through “runners” that can connect them in the same plant system. Radboud University’s Josef Stuefer tested the communication skills of a clover by investigating the behavior of caterpillars. When a caterpillar ate a leaf from one of the connected plants, the critters that followed them were more unwilling to consume more of the compromised plant.

Why? Because the clover had sent a sort of defensive distress signal in response to the initial attack!

Stuefer reported that this action created a chemical reaction, making the rest of the leaves tougher and less appetizing. “This is an early warning system, very much like in military defense,” the researcher said, “each member of the network can receive the external signal of impending herbivore danger and transmit it to the other members of the network.”

It seems reasonable to assume this is part of the purpose of mushrooms’ communication: identifying dangers and reacting to them. As Adamatzky concluded, though, there is still much to be learned before we can truly decode the mushroom language, how sophisticated it really is, and the roots of its true purpose.