The skeletons are contorted into strange, twisted poses. 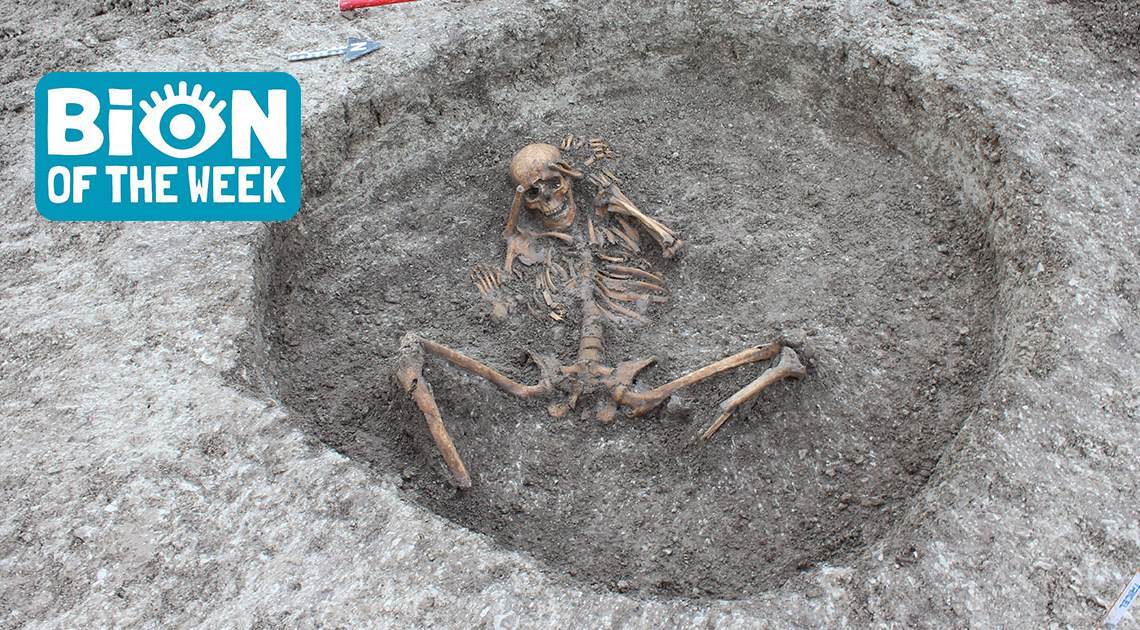 While performing construction for new water pipes in Oxfordshire, England, a mass burial site of Iron Age skeletons, contorted into strange poses, was uncovered. The 26 skeletons are believed to have undergone extensive burial rituals. Experts note that surrounding sites suggest human sacrifice was common in the area, but aren’t sure what to make of these bizarre burials. 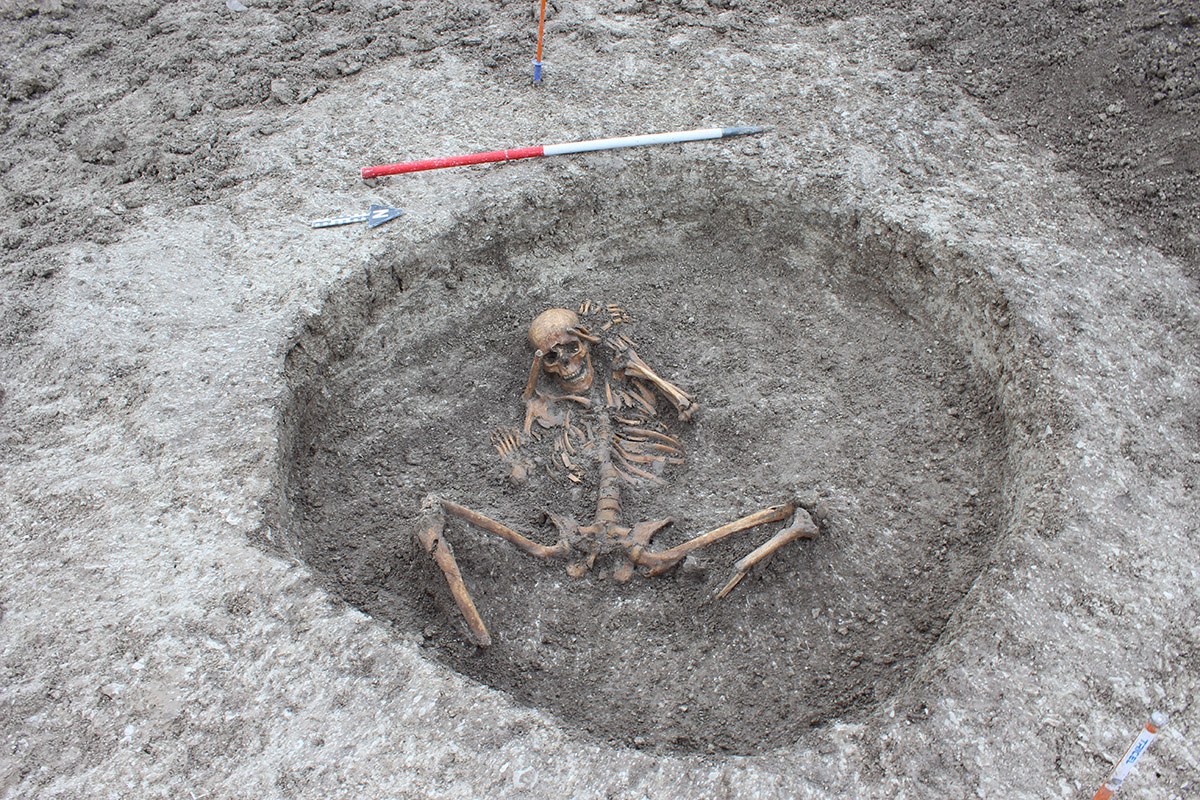 According to research by the Goddard Space Flight Center at NASA, meteoroids have been releasing water from the surface of the Moon. After studying lunar rocks retrieved during the Apollo space missions, scientists had long thought that the Moon was completely devoid of water. However, new observations make them think that there is water—at least a little—once you dig more than three inches down.

A foal carcass from 42 millennia ago was recently uncovered in Yakutia, Russia. Hailing from the same region that soft mammoth tissue was recovered, researchers at North-Eastern Federal University were excited to learn all they could about this well-preserved specimen, but even they were surprised to find liquid blood and urine inside. Intact fluids are exceedingly rare, and the discovery is expected to provide unique insights into the fauna and microbes of 42,000 B.C. 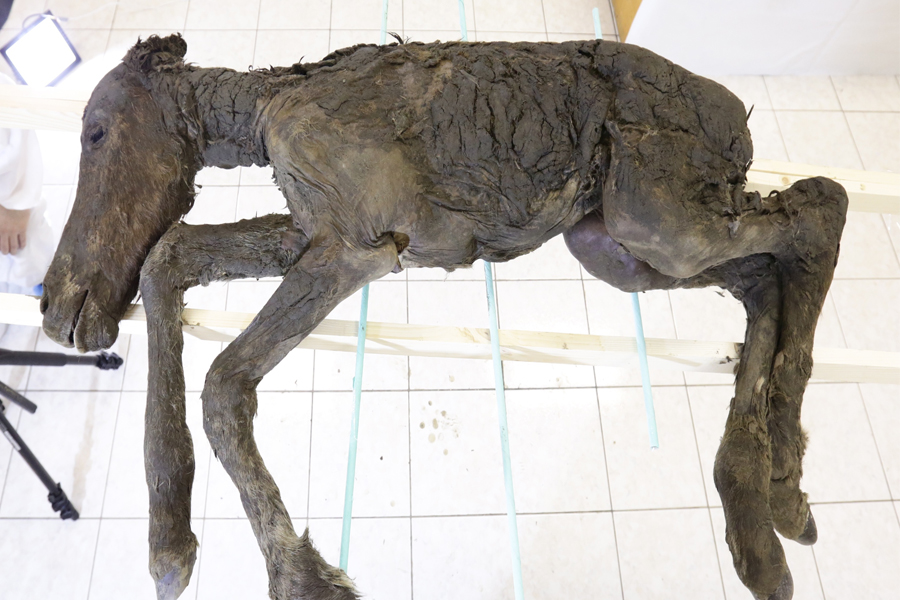 Christelle Doyhambehere ran a marathon in just over six hours. While her speed might not merit her any headlines, the fact that she ran the whole race in heels does. With her partner challenging her to wear her high-class footwear in the race, she donned compression sleeves, running socks, plenty of ankle tape, and a pair of three-inch heels. This feat had been attempted before, but she beat that time by an hour and a half! 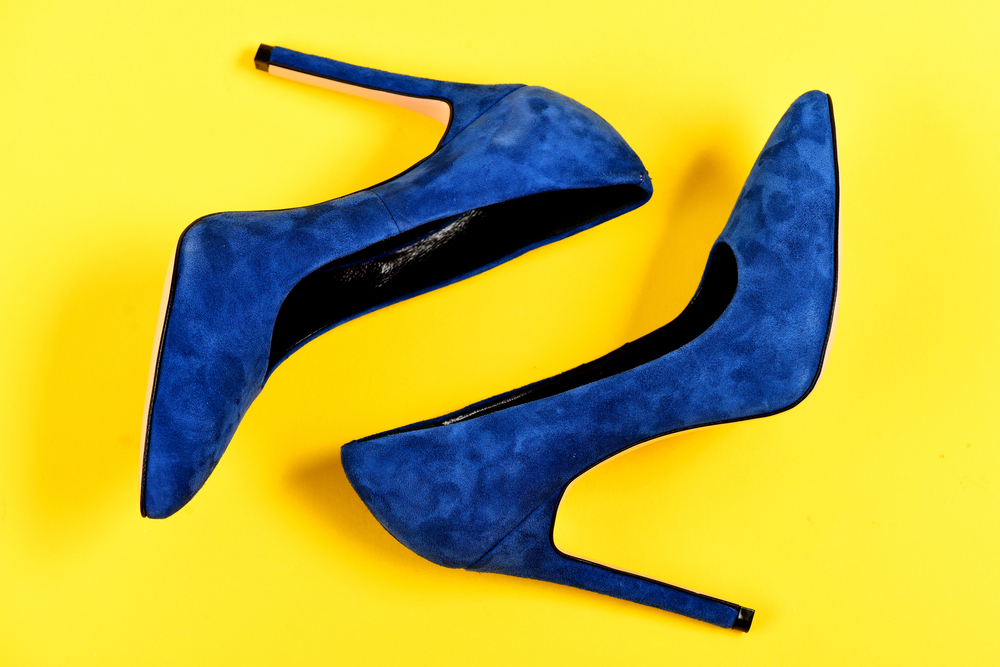 “7 Rings” Is One Of Michigan’s Favorite Things

Believe it or not, every time Ariana Grande’s iteration of “7 Rings” plays—in fact, every time any version of the song plays—the Michigan State pension gets a little larger. The song, hailing from “The Sound of Music,” is owned by Concord music, and the state’s pension just happens to now be the majority shareholder in the business. Fund managers state that music royalties are much less volatile than other investments and that they’re quite happy with the acquisition.

Next post Inside The Last Blockbuster Video In The World

Previous post No, “420” Was Never An LAPD Code For Cannabis