An Odd Fellow in Oddfellows (Cemetery, that is)

Santa Rosa, CA is a place rich in Ripley's History, and after one visit, we had to tell you all about it. 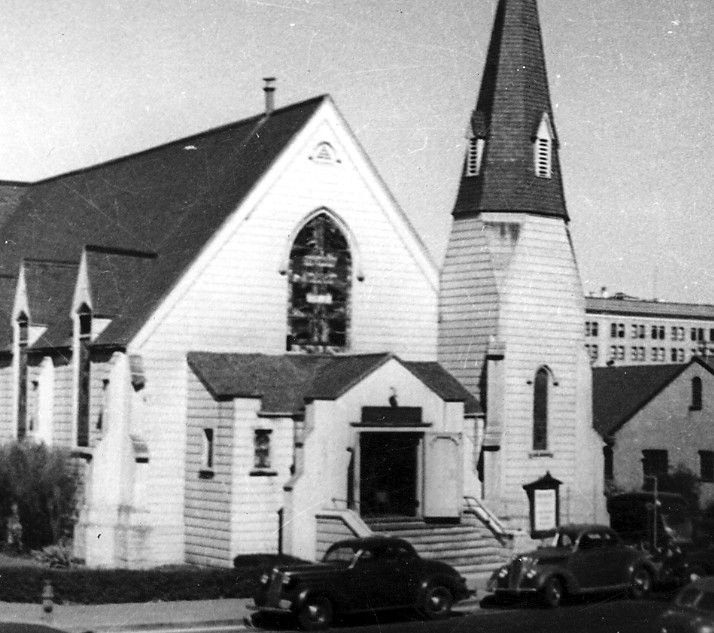 Pilgrimages are often made to famous (or infamous) sites for a variety of reasons.  When a work trip took me to San Francisco, CA, I convinced my traveling partners (Vice President of Archives & Exhibits, Edward Meyer and our then-40 years of service, manager of our San Francisco, CA Odditorium, Ian Iljas) that Santa Rosa, CA, was a pilgrimage site easily recognized.  And what’s in Santa Rosa, you might ask? (Or you might not, but I’d like to tell you anyway)

Our venerable founder Robert Ripley was born and raised in Santa Rosa, CA, with his parents, a younger brother, Doug, and an older sister, Ethel.  He is also buried there in the Oddfellows Cemetery, so I knew if we were that close, we had to go. 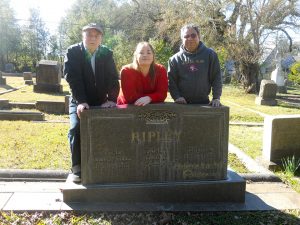 Our first stop was the cemetery itself, which is huge, btw.  We stopped at the office to inquire about directions, and we ended up talking to the gentleman there for a good half hour.  He not only drew us a map to find Ripley’s grave but assured us that it was highly trafficked – especially by local school groups – and included on all cemetery tours.  We exchanged Ripley/ California stories for a while and set out on our way.

It was a spring day, and I remember the crunch of the ground under my boots as we trekked through the massive headstones.

Buried next to his mother and father, Ripley’s headstone actually hosts the BION logo that he made famous during his lifetime (but wasn’t added until our then owner, Alec Rigby, had it added in 1970). I instantly regretted my lack of preparation (who visits a cemetery and doesn’t bring flowers?! D’oh!), so I brushed away the leaves and tried to make amends by arranging the fallen pine cones into a flower.

Cemeteries bring out the profundity in me- a place of recognition and remembrance, a symbol of what once was, but isn’t anymore, and always a feeling of peace, knowing that there isn’t really an end, only a difference in form. 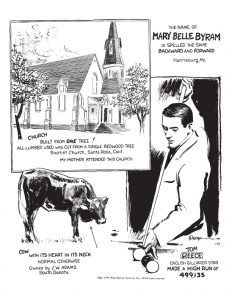 Church of One Tree

Our next stop was the Church of One Tree – featured in a 1939 Ripley cartoon, and built by his father.

Erected in 1873, one single tree provided the 78,000 feet of lumber needed to build the church!

The doors were locked so we didn’t get to peek inside, but I scoured the outside of the building – which hosted beautiful stained glass windows.  I was familiar with the cartoon and had even seen photos of the building from Ripley’s time, but nothing conveyed the sense of serenity like sitting on the porch steps and relishing the surrounding nature.  California redwood trees gathered around the building, much like I imagine the early congregation, reaching for the heavens and finding it in the quiet and solitude.

Eventually, duty called, and we were on our way, but it’s definitely a journey that I won’t forget anytime soon. 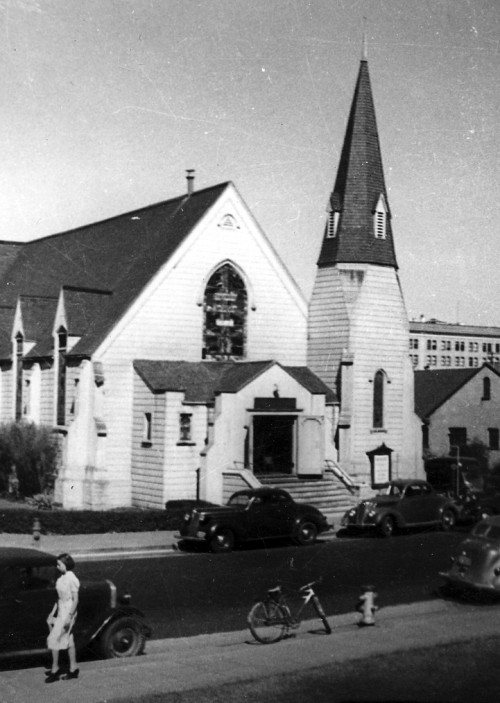 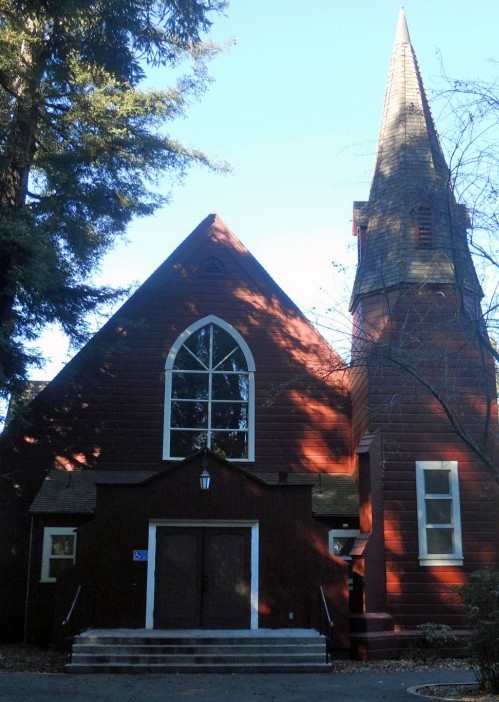 Previous post A Bloodhound's Evidence is Admissible in Court