The Camel-Riding Robot Jockeys Of The U.A.E.

Camels are surprisingly swift, reaching running speeds of around 40 mph. 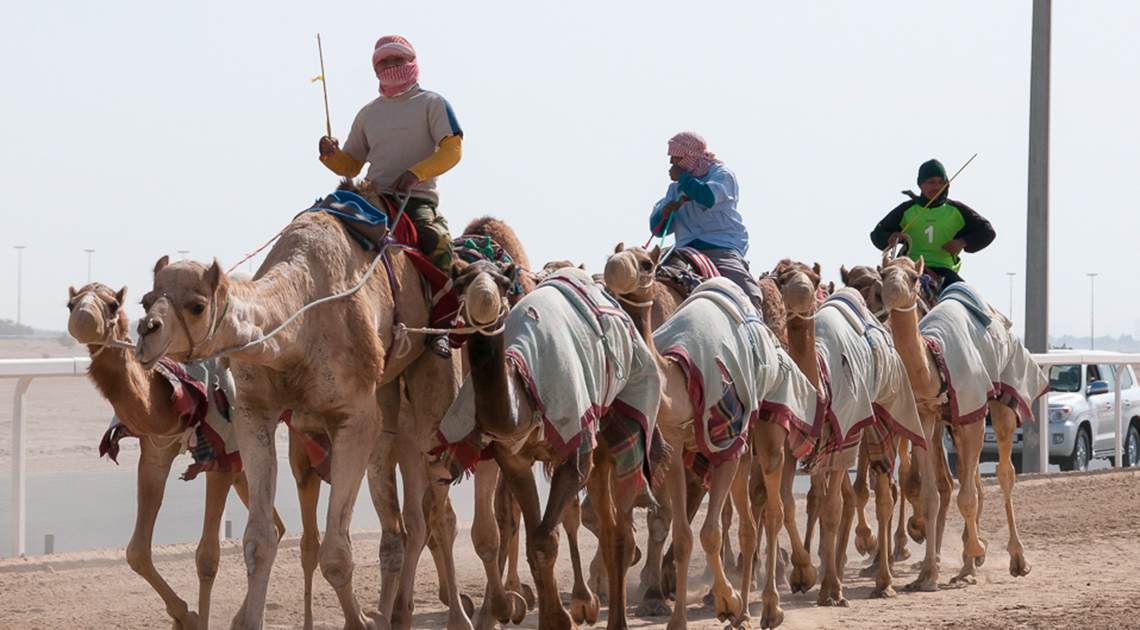 Sports across the globe have always been an all-consuming, big money fascination. Multimillion-dollar sponsorship deals are made all the time, and the superstars continue raking in staggering sums of money and contract deals. In fact, Christiano Ronaldo, the iconic Italian soccer player, is reported to have become the world’s first player to top $1 billion in career earnings!

Meanwhile, in the U.A.E., a different type of sport has kept fans spellbound for centuries: camel racing! Early fans of the sport would be amazed to see the progression of camel races of today, from the spectacle’s popularity to the latest in robot jockeys.

Camels have always held a very special place in the society and history of the region. For the Bedouin, life in the seemingly inhospitable deserts would simply not have been possible without the aid of these magnificent creatures. They provided protective clothing, sustenance, transportation through the sands, and so much more. Today, camels remain invaluable, attracting tourists, as well as retaining their traditional roles.

Camels are so loved, respected, and honored in the Abu Dhabi region. Every December, 20,000 camels are gathered in the area for the Al Dhafra Festival. It’s one of the biggest beauty pageants in the world, exclusively for camel contestants!

Speaking of competitive camels, the creatures have raced for entertainment and profit for centuries. They’re surprisingly swift, reaching running speeds of around 40 mph. But, the races began in an unceremonious fashion. Before racetracks were built and the sport organized, the Emirates competed against each other in makeshift races across a specified distance.

Near the close of the twentieth century, Zayed bin Sultan al-Nahyan, the ruler of Abu Dhabi, arranged for the construction of purpose-built racetracks. With this change, camel racing attracted more of a following, as well as more money and higher stakes for the races. Eventually, camels were be trained over a period of several months from the age of three or so—not to mention fed a strict diet of oats, milk, dates, and bran in preparation for increasingly-high-stake races! 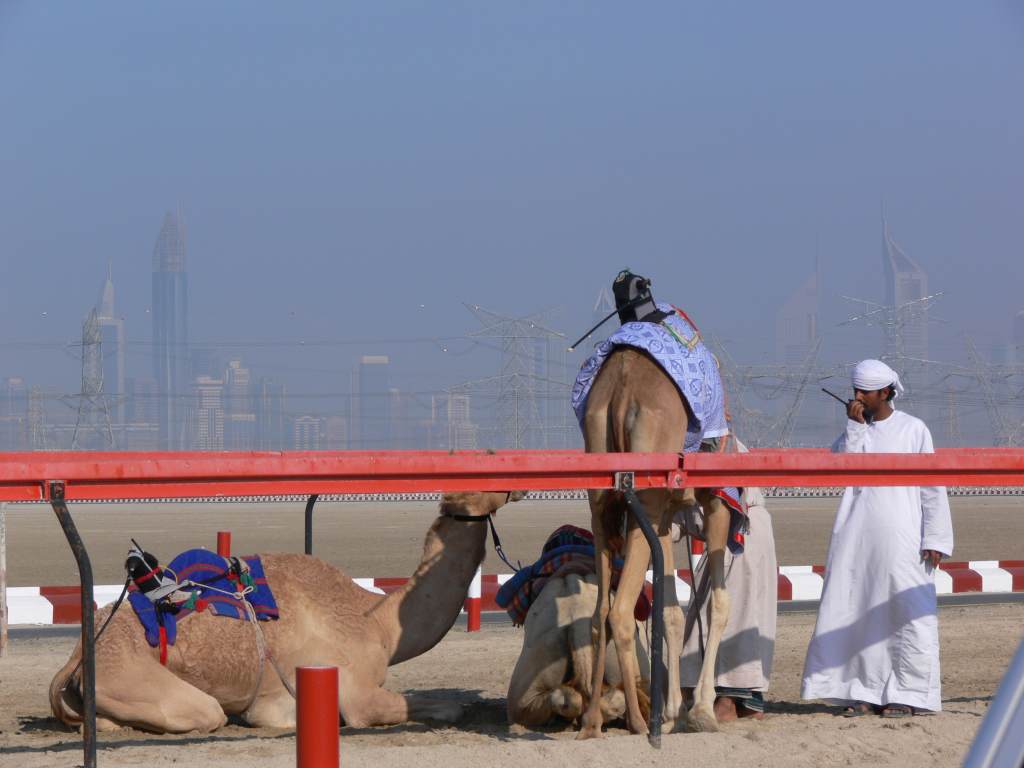 Camel racing has also become the main attraction in other areas of the world, such as Australia. There, the Boulia Camel Races—deemed “the Melbourne Cup of camel races”—attracts a huge following, and similarly, high sums of money are at stake. However, the earlier days of the activity as a sport were highly controversial as a result of the frequent use of child jockeys.

Thousands of children, some as young as two years old, were brought up as jockeys in facilities known as Ousbah. Naturally, injuries and accidents were tragically common, but the outcry grew and the practice was outlawed in the U.A.E. in 2002. With the camels’ reluctance to race without jockeys, solutions had to be found.

Increasingly, then, robot jockeys have been the way forward for the sport. These machines began to appear around this time, though the first models were far from elegant or effective. Initially, they were quite weighty, weren’t quite fit for the purpose, and didn’t agree well with the animals themselves. 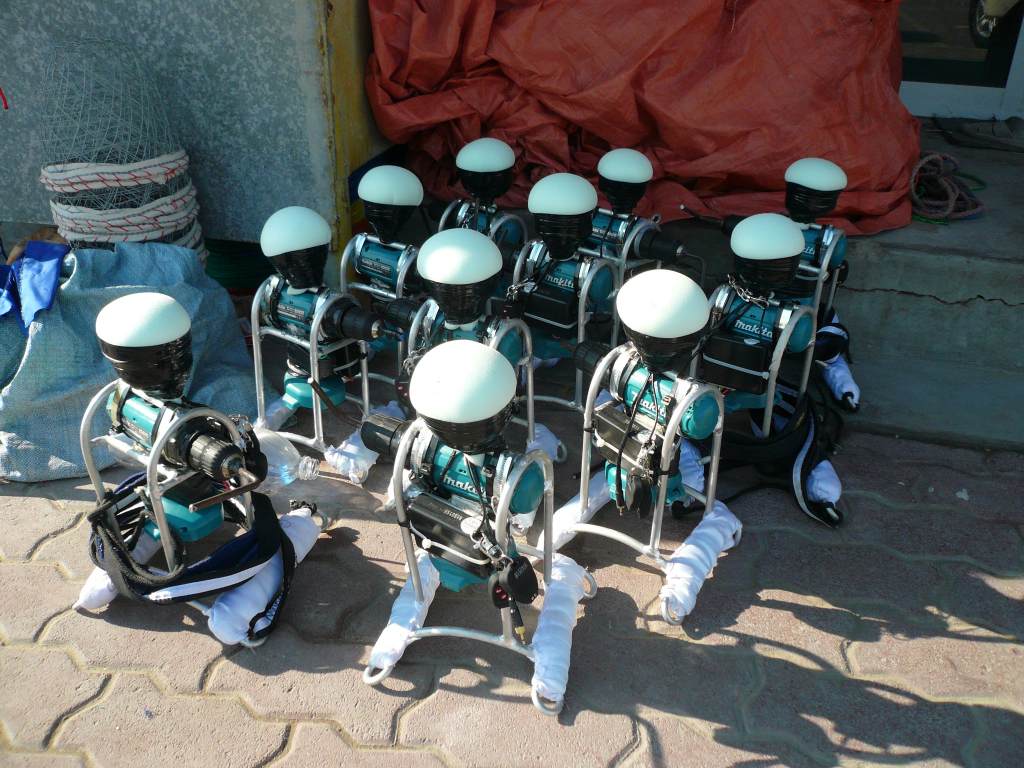 In the years since, robots have become more easily accessible, and are far better made, produced locally to boot. Those with a large investment in camel racing can buy robotic jockeys that are as light as a feather, as well as a range of sometimes rather luxurious accessories for them. From a distance, they’re all but indistinguishable from tiny human riders!

Bodies are constructed of a mix of parts from walkie talkies, power drills, plastic, cotton, and aluminum, with a whip to encourage the camel to run faster without causing it any pain through its thick hide. The jockey is secured in place to the camel’s saddle, but naturally, this artificial intelligence cannot guide or steer the camel itself. For that, the trainer speaks to the camel through the jockey, while following its progress around the track in a car. 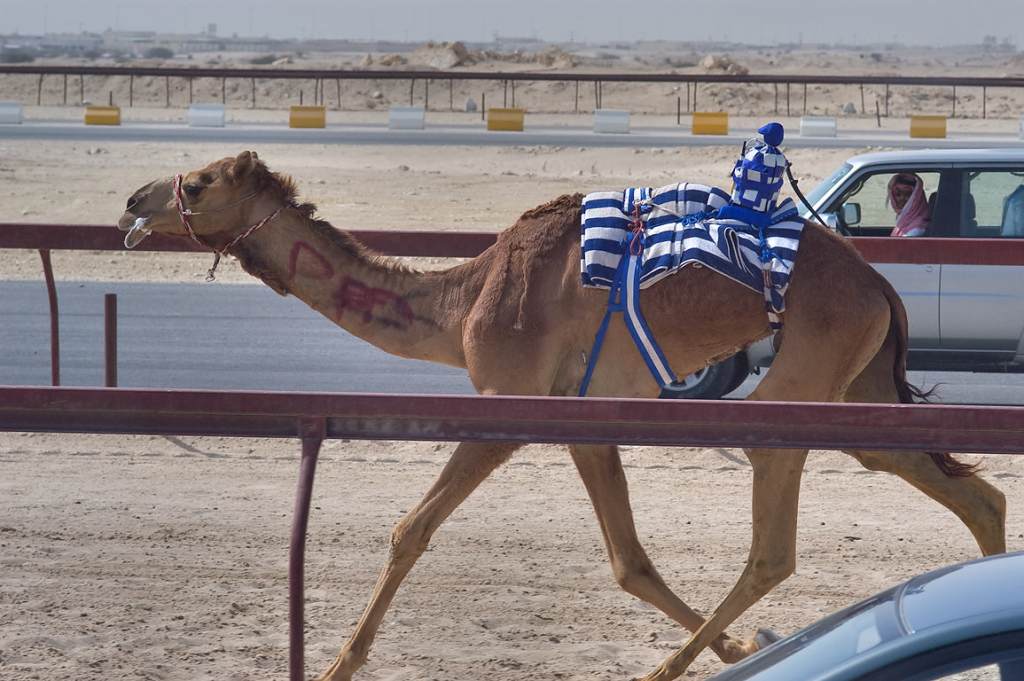 The key to a robotic jockey is being lightweight, simple, and effective. Packing too much weight or technology into these small riders would prove counterproductive. Instead of full-sized jockeys, the camel riders onboard are glorified power drills, wrapped in cloths bearing the racer’s colors and logos, running around the track, while the human ‘riders’ follow in cars! Of course, all while huge amounts of money are on the line.

Next post Deadly Dentures Created By The Megalo Dentist