You Can Be Blessed, Married, and Taught by a Robot

They come in all shapes and sizes 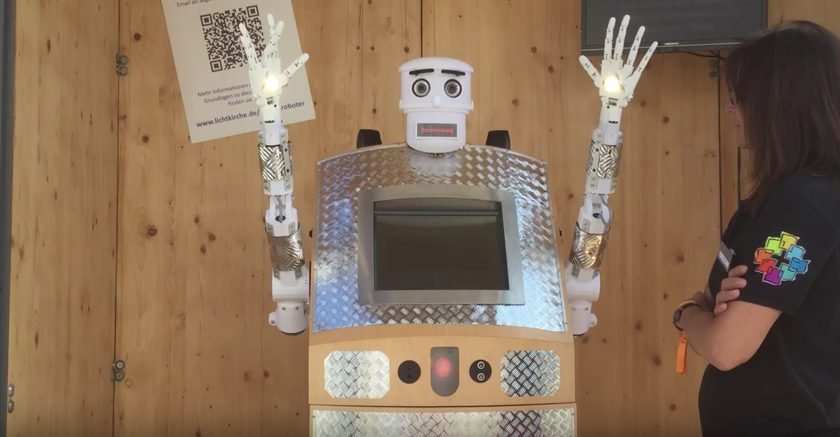 I don’t know about you, but the thought of The Terminator movies coming to life has haunted me even to this day. While most people might not think we’ve reached our Terminator days, I’d like to say we have. From marrying a robot to being blessed by one, it looks like we’ve accepted them as our kind.

Believe it or not, Zheng Jiajia, a 31-year-old AI engineer, has married a robot he created. Her name? Yingying. The electronic beauty can visually recognize Chinese characters and images. Let’s not forget she can respond to anyone in simple sentences. Not only has the robot become his wife but she also has a job as the spokesperson for Zheng’s startup Brain of Things (物本脑科技). While the marriage is not legal, the couple had quite a traditional Chinese wedding that consisted of Yingying covered in a red veil. It was beautiful.

Zheng plans on upgrading his wife to walk and take care of those household chores. In an interview with Pear Video, he said,

“My dream of making my own spouse finally came true. I want to see robots in every home, and ultimately I want to build a realistic robot girlfriend.”

Otherwise known as BlessU-2, this robot can bless you in five different languages. It can easily be activated by touching the screen that is conveniently located on its chest. From French to Polish you can receive the blessing from a male or female voice. Once activated, the arms of the robot priest raise up to the heavens above and bless you with its flashing palms. What might seem more like a rave party, BlessU-2 recites, “God bless and protect you.” Now that’s a whole new way of experiencing the holy spirit.

While the robot was created to “provoke debate” about possibly being blessed by a machine and not needing a human for that, it looks like Stephan Krebs, the creator, bargained for more than he would have liked. Many say Krebs’ creation might be the solution to a Europe-wide shortage of priests.

You can stop by and visit the bizarre robo-priest who just happens to print your blessings for future prayers. Looks like you’ll never be running late for mass.

Just when you thought that science and spirituality would end with a German robot priest you now find yourself chanting along with a Robot Monk. Better known as Master Xian’er, the monk has been described as not only cute, but funny and quite philosophical. Dressed in a yellow saffron robe and of course equipped with a touch screen, you can learn the basic tenets of faith. Developed at Longquan Temple in China, you can hold a conversation with —more like ask it simple questions— about Buddhism.

It’s surprising to see how religion has slowly made its way back into daily life since China’s Communist Party is officially atheist. Perhaps this form of technology is keeping Buddhism alive.

How do you feel?

Let us know in the comments below how you feel about robots merging into our daily lives.