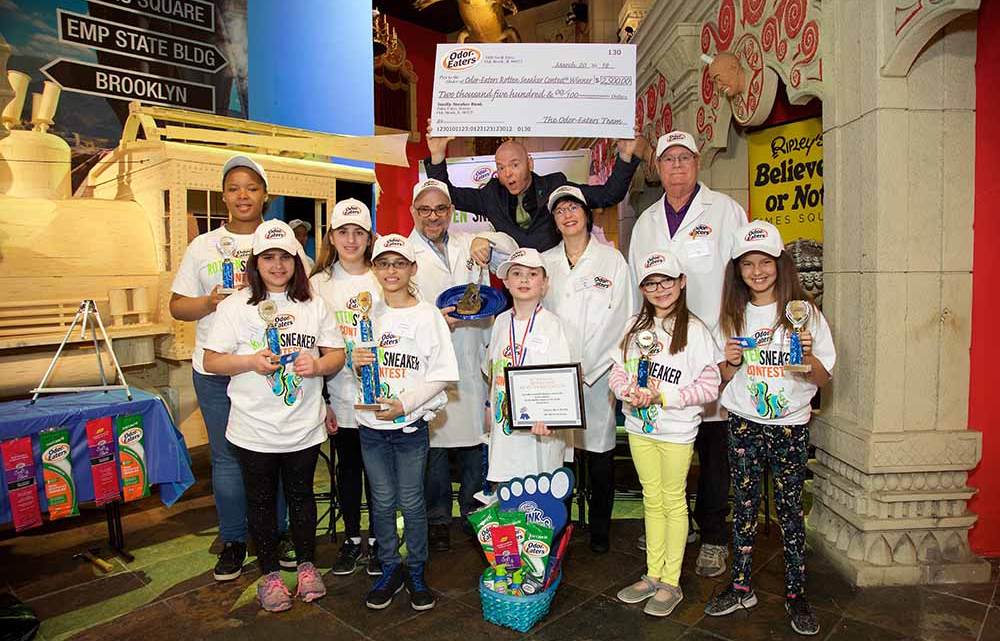 Six young participants from across the country, New York to Alaska, smelled it out for the country’s stinkiest sneaker. Despite an array of worthy contenders, only one pair of shoes could walk away the smelliest. Competing to win the 43rd national title in the Odor-Eaters Rotten Sneaker contest, six competitors and 12 sneakers made their way to the Ripley’s Believe it or Not! Odditorium in Times Square.

Sneakers were judged on odor, condition, and the child’s personal description of why their sneakers were simply the stinkiest. The esteemed panel of judges included NASA “Master Sniffer” George Aldrich, Chemical Specialist for NASA space missions and expert author on the psychology of smell, Rachel Herz, Ph.D., and a reporter with a nose for the news, Huffington Post’s Buck Wolf. 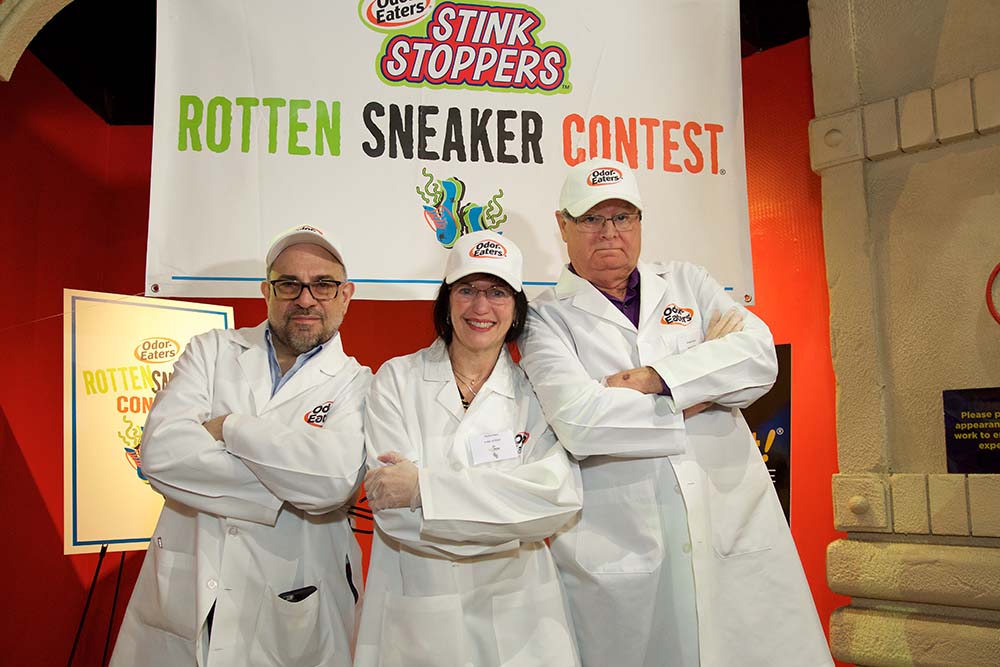 Participants trained hard to win over the judges, traipsing through all the sorts of messes your average kid encounters throughout the year.The Odor-Eaters Rotten Sneaker Contest is the ultimate proof of how truly offensive kids’ sneakers can get when they are playing outdoors, splashing through puddles, slogging through mud, and more. Last year’s winner owed his prize to a plethora of fishing trips and work on his aunt’s farm.

This year’s winning pair of sneakers belonged to 8-year-old, Hunter Hamm, from Eagle River, Alaska who took home $2,500, won an extra two-night stay in New York City to see The Lion King, and the Golden Sneaker Award. A combination of fishing, skateboarding, biking, and work in the chicken coop helped Hunter edge out the competition. His shoes will be enshrined in the venerable Hall of Fumes, cementing their place in the smelly annals of history.

Smell expert and judge Rachel Herz notes that what people find the most foul smelling is subjective, but that fish, poop, and sweat were on most people’s list of bad smells.

“He had the trifecta of terrible.” —Rachel Herz 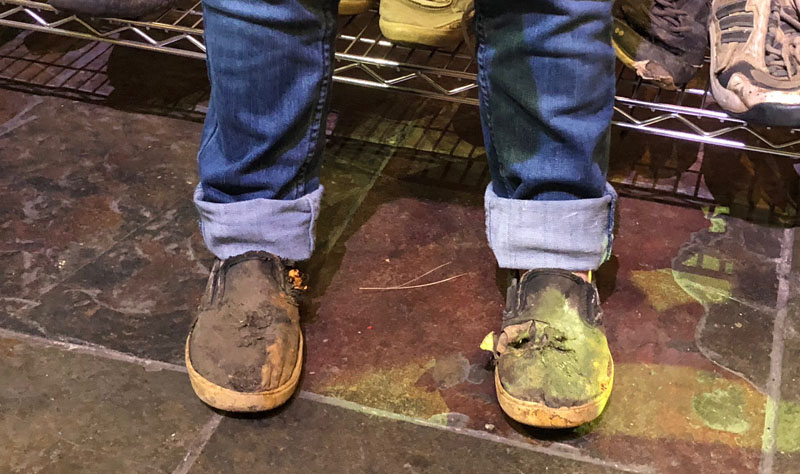 Though only six finalists came to Ripley’s Times Square, other odorous hopefuls all around the country competed in local competitions to earn their ticket. Absent of embarrassment, each competitor proudly wore their shoes to the final smelling, handing their shoes—fresh off their feet—to judges for a thorough sniffing. A smelly interior alone wasn’t enough, as the exterior was also graded for “presentation.” 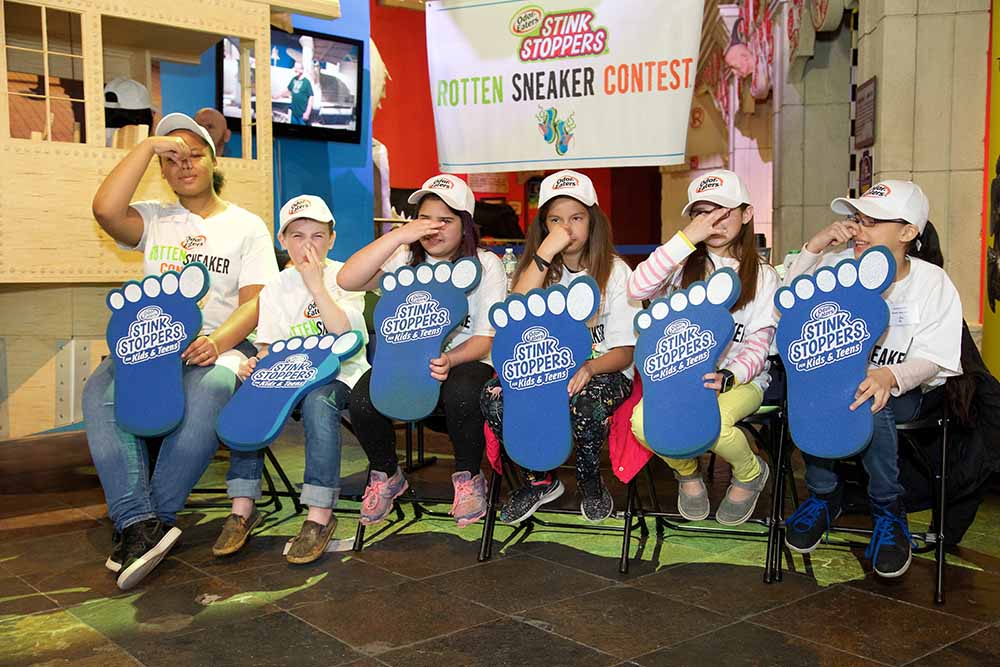 The Odor-Eater’s Rotten Sneaker Contest began in 1974 as a promotion created by a Montpelier, Vermont, sporting goods owner looking to advertise a new line of athletic shoes. At the Montpelier Department of Recreation, the owner discovered a photogenic pair of very smelly sneakers perfect for the store ad and the rest is history.  Odor-Eaters joined the foot fray in 1988 as the official sponsor, offering their products to any and everyone whose shoes could use some freshening up.

We’re not sure what Hunter plans to spend his newly-won money on, but we hope he decides to pick up a new pair of shoes!

Next post Salem Never Burned Any Witches At The Stake

Previous post This Jewelry Contains The Hair Of Abraham Lincoln