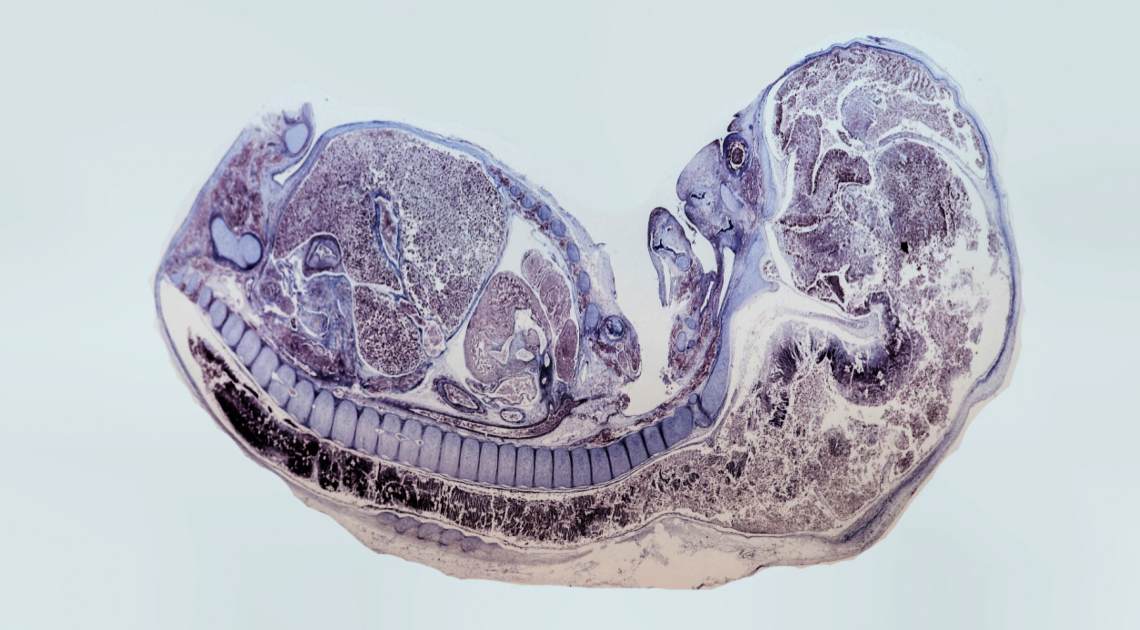 If you received a “birds and bees” talk as a kid or paid attention in biology class, you’ve got a pretty good idea of how babies are made — no stork or cabbage patches necessary! But the process does require, at a bare minimum, joining a viable sperm cell with an egg. In the case of mammals, it’s also essential for the resulting zygote to implant in a womb, where it develops in seclusion until the day of birth.

But scientists have just bypassed 90 percent of this process creating the first synthetic mouse embryos. Here’s what you need to know about this bizarre experiment and what scientists are (and aren’t) saying about its ethical implications.

What happens when you start messing around with the chemical composition of stem cells? This was the question a team of researchers at the Weizmann Institute of Science in Israel recently delved into with startling results. Publishing their work in the scientific journal Cell, they gave their piece the juicy title “Post-Gastrulation Synthetic Embryos Generated Ex Utero from Mouse Naïve ESCs.” Talk about a tongue twister! Despite the rather confusing and somewhat yawn-inducing title, the experiment detailed in the paper is anything but mundane.

The scientists deluged mice stem cells with a chemical treatment, reverting them to a so-called “naïve state” where they remained ripe for transformation into various cell types (e.g., liver, heart, brain, etc.) — vital to the assemblage of a mouse fetus. Next, scientists treated roughly 30 percent of the cells to transform them into the yolk sac. And another percentage received stimulation to develop into the placenta.

In a Weizmann Institute of Science study published in Cell, researchers led by Prof. @jacob_hanna have grown synthetic embryo models of mice outside the womb by starting solely with stem cells cultured in a petri dish – without the use of fertilized eggs>> https://t.co/MU3TnLGsfT pic.twitter.com/FNQyWaqXL4

Biologist Jacob Hanna, who specializes in embryonic stem cells, explains, “We gave these two groups of cells a transient push to give rise to extraembryonic tissues that sustain the developing embryo.” After these manipulations, the scientists mixed up the three groups of cells (naïve cells, placenta cells, and yolk sac cells) and then placed them in an artificial womb to see what would happen.

Clumps of Cells Transform Into Embryos

The mingled cells floated in small beakers in a specially designed bioreactor imitating the conditions of a mouse’s womb. The beakers contained nutrient-rich liquid to nourish the cells, and they sat within a spinning cylinder that provided constant movement. The movement simulated a mouse womb’s atmospheric pressure, as reported by the Weizmann Institute of Science. The spinning motion also mimicked how nutrients and blood flow through the placenta to the fetus.

If you’re wondering how the scientists engineered an artificial womb, that’s another story for another time. But suffice to say, Nature reported in 2021 on an experiment where natural mouse fetuses were grown in perpetually moving bioreactor beakers for 11 days. Hanna notes, “That really showed that mammalian embryos can grow outside the uterus — it’s not really patterning or sending signals to the embryo so much as providing nutritional support.”

Now that you’re caught up on the fake womb component of the experiment, let’s get back to the mingled cells floating in the beakers. Scientists watched in amazement as the cells formed clumps based on cell type. All told, 10,000 cellular clusters formed, but the vast majority did nothing beyond that.

Only in about 50 cases did the clumps keep going, growing into embryo-like structures, including a little brain, a beating heart, and an intestinal tract, after 8.5 days in the bioreactor. (That’s nearly half the length of a mouse’s gestation period.) Ominously, the researchers also noted that the proto-embryos contained variations distinguishing them from naturally occurring mouse embryos.

Okay, But Should We?

If this is starting to sound like the makings of a horror movie chock full of zombie mice, all we can say is great minds think alike. There’s a stark gap between being able to do something and deciding whether you should in the first place. Anybody familiar with the premise of Jurassic Park gets this. Despite the breakthrough nature of the experiment, the researchers involved have thus far dodged many of these ethical questions. That’s impressive considering the high stakes involved.

Alex Meissner, a stem cell biologist at the Max Planck Institute for Molecular Genetics, gave this ambivalent analysis, “The mouse is a starting point for thinking about how one wants to approach this in humans. It’s not necessary to be alarmed or raise any panic, but … as we learn, it’s important to have in parallel the discussion: How far do we want to take it?”

Considering some of the other crazy stuff going on in scientific laboratories worldwide, maybe this conversation should’ve happened, like, yesterday. After all, an article in Cell from April 2021 announced the creation of human-monkey embryos that survived in lab dishes for 20 days (via Live Science). Experiments like these make Jurassic Park look like child’s play. Worse, they make the dystopian Planet of the Apes increasingly possible. Such experiments beg the question: “Okay, but should we?”

Previous post What Are The Odds? Ripley's Rescues Another Orange Lobster