These human bones were used in witch initiation rituals.

For millennia, society has turned to witches, prophets, and shamans to perceive the future and offer guidance. The seer subculture has long fascinated western culture, from the soothsayer warning about the Ides of March in Shakespeare’s Caesar to the Red Woman—Melisandre—in Game of Thrones, fortune telling has left its mark in the dark channels of real history just as much as the world of fiction it has inspired.

Though there are countless rituals for divining the future across factions of mystics across the world, cleromancy is perhaps one of the most iconic. Cleromancy rituals rely on an assortment of objects being randomly thrown out of a vessel—often referred to as an oracle—to be interpreted. The randomness of scattering beads, shells, or bones is thought to channel the mystic forces of chaos to reveal an unadulterated omen from on high. A nearly universal form of divination, consulting random lots is referenced in the second millennium B.C. in China, in ancient Rome, numerous times in the Christian Bible, by Germanic tribes in the first century, and by West African religions.

As Christianity washed over Europe, many of these traditional scrying rituals became outlawed in favor of church-controlled direction. It wasn’t until the rise of occult factions in the 1800s that scrying vessels like the one below emerged. 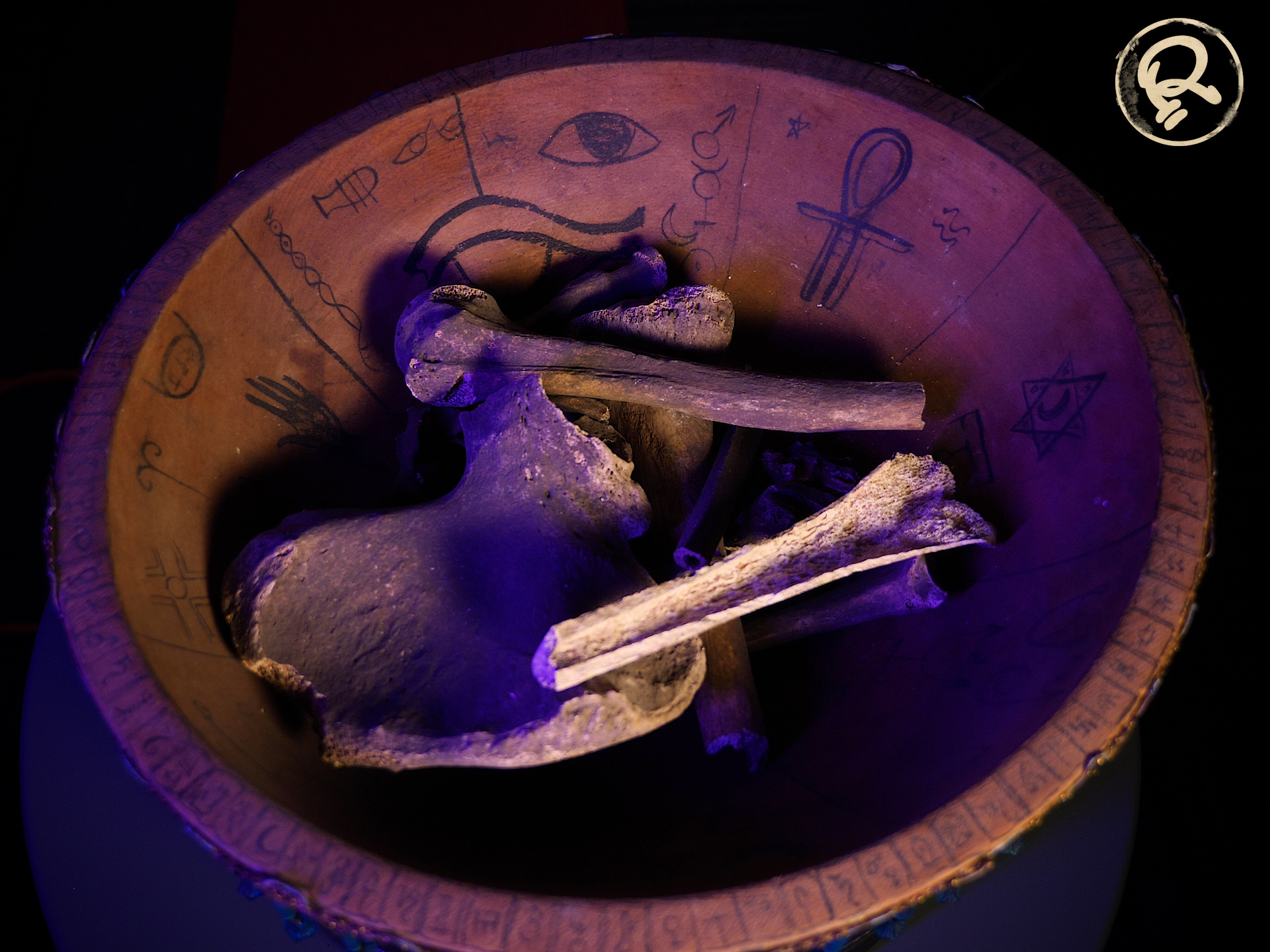 Bearing occult imagery most associated with Temple of the Golden Dawn, the oracle, in this case, serves as a legend for interpreting the human bones within. Hand-inscribed and flanked by turquoise beads and flowers, records indicate it was used in initiation rituals of some kind.

While consulting bones and shells may seem foolish by today’s standards, many divination rituals provided the cultures they served with some sort of benefit. In the case of Batak rituals, shamans sought to determine the best time for planting by carefully observing the monsoon season, serving much the same role as a modern-day meteorologist. Cleromancy perhaps allowed a mystic to share their guidance from a non-biased point of view, or from a place of heightened authority. Today, one modern woman even uses what she calls “asparamancy,” to give public commentary.