Why did the sea lion cross the road? 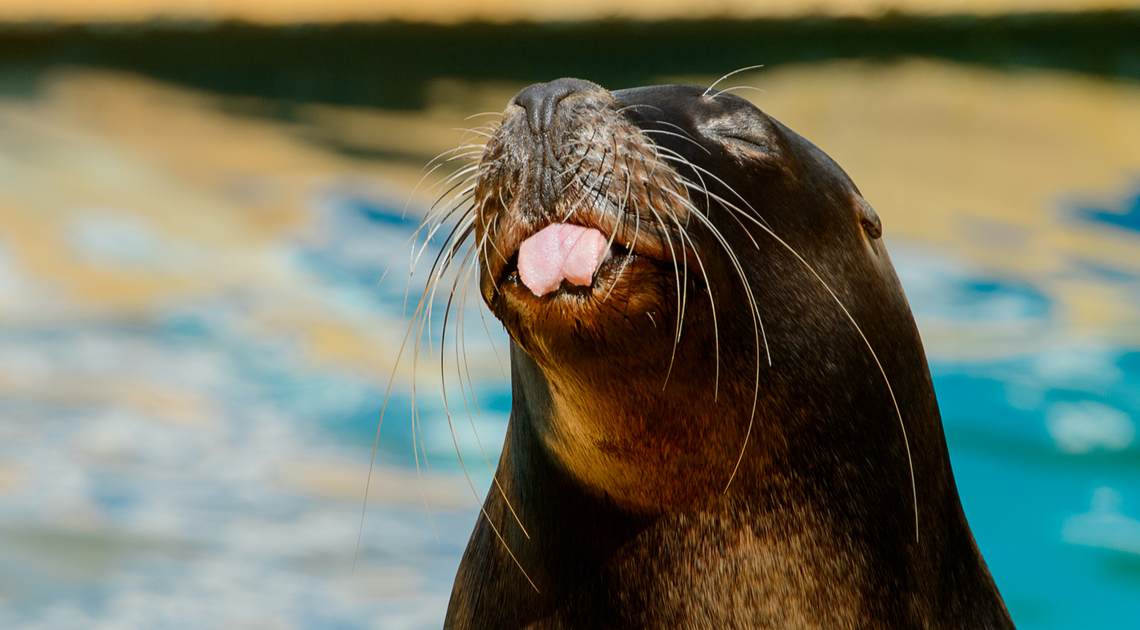 There seems to be a “choose your own adventure” trend emerging amongst the aquatic community, with this week’s news featuring multiple tails of sea lions and seals ditching their native waters to forge their own paths from sea to shining sea!

If you’ve ever wondered why the sea lion crossed the road, look no further than San Diego’s Route 94, where one flippered Eagles fan decided to hit the road to the Hotel California on his way to the other tide!

According to the California Highway Patrol, 911 dispatchers began receiving reports from drivers flipping out at the sight of the 200-pound sea lion more than three miles away from the nearest shoreline around 9:30 in the morning on January 7. Several passing cars stopped to direct rush hour traffic around the atypical tourist until the rescue team from SeaWorld San Diego arrived to take it to safety.

It took three large nets to capture the sea lion before guiding it into a large container and transporting him straight to the vet for a full physical.

A supervisor from the rescue crew, Jeni Smith, reported that while they do not know what led the sea lion astray, this wasn’t the hitchhiker’s first rodeo. The SeaWorld team rescued the same sea lion back in November after the juvenile male was found on Harbor Island Drive. He has since been spotted in other odd locations — albeit usually near the shores.

All’s well that ends well for this adventurous guy, with SeaWorld’s social media accounts reporting on Tuesday that he is “alert, eating well, active, and exhibiting normal sea lion behavior.” You can even watch him splash around at their facility via Instagram!

Home is Where the Heart Is

Meanwhile, kayakers reported a seal spotting in the Hudson River on January 1, about 100 miles away from its natural habitat, only to learn that they were paddling around its chosen home.

While humans escape to Upstate New York to escape the hustle and bustle of the city, it’s not every day residents encounter a saltwater dweller — that is until Harbor Seal 246 swam along.

‘Unprecedented’: Seal seems to have made the Hudson River around Saugerties its home https://t.co/tXInUzxQ3P

Though born and abandoned in Lower Goose Island, Maine, Harbor Seal 246 was just a few days old when he was first rescued by Connecticut’s Mystic Aquarium Animal Rescue Program on April 28, 2018.

After being tagged and released into the wild Rhode Island waters in January 2019, the seal ditched the path of least resistance (the ocean), choosing to swim up the Connecticut River instead. With the Holyoke Dam in his way, 246 made a U-turn, floating down into the Long Island Sound before pivoting into the Hudson River.

The juvenile seal first made his way to Esopus Creek, near Saugerties Lighthouse, in August 2019, where he remained for 620 days until mysteriously disappearing on April 24, 2021 — his third birthday!

The seal resurfaced a few months later when he became infected with “seal pox” during his big swim to Long Island’s shores.After a few months in the New York Marine Rescue Center, he was, yet again, freed to swim the high seas — except he had other plans.

In an “unprecedented” move, Harbor Seal 246 eschewed his marine habitat yet again, opting to swim 210 miles back up the long and winding Hudson River until stopping right back at his beloved creek in August, where he has been swimming gleefully ever since.

“It is a story like none we have ever heard of. . . a marine mammal showing such extended affinity and fidelity to freshwater,” said the state Department of Environmental Conservation’s Hudson River Almanac’s Tom Lake in an email Monday.

Next post Scientists Train Goldfish To Drive... On Land