The base was abandoned when researchers ate tainted polar bear meat. 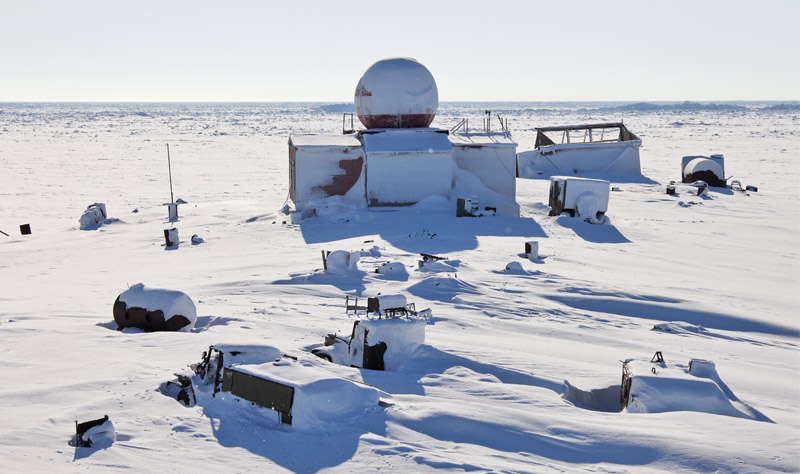 Wize Island, a similar Arctic base.

In late 2016, a group of Russian explorers stumbled upon a secret relic of Word War II. The secret base Schatzgräber—“Treasure Hunter”—is located in the remote wastes of the Arctic, just 620 miles from the North Pole.

Publicly, it was a weather monitoring station, but, during the war, it also served as a waypoint for German U-boats.

Hitler ordered the base’s construction in 1943, but no one had proof the base existed. For decades it was thought to be nothing more than a wartime myth.

Some researchers speculate the Nazis were using the station’s sophisticated meteorological equipment to research the locations of Nordic artifacts to be used in Nazi propaganda.

The base was abandoned when Russian teams arrived, and only empty munitions, fuel canisters, and documents were found (no Thor’s Hammer).

The Nazis abandoned the base after eating tainted polar bear meat that infected them with roundworm. Unable to continue their work, they were retrieved via U-boat and taken back to Germany.

Though no one is exactly sure what transpired within the confines of this hidden base, a group of preserved paper documents was recovered from the site, but no information on their contents has been made available.

Next post Rhea the Featherless Bird – AKA Naked Birdie