Researchers take a peek inside a 1000 year-old Self-Mummified Statue and find something completely beyond their expectations: A note inside. 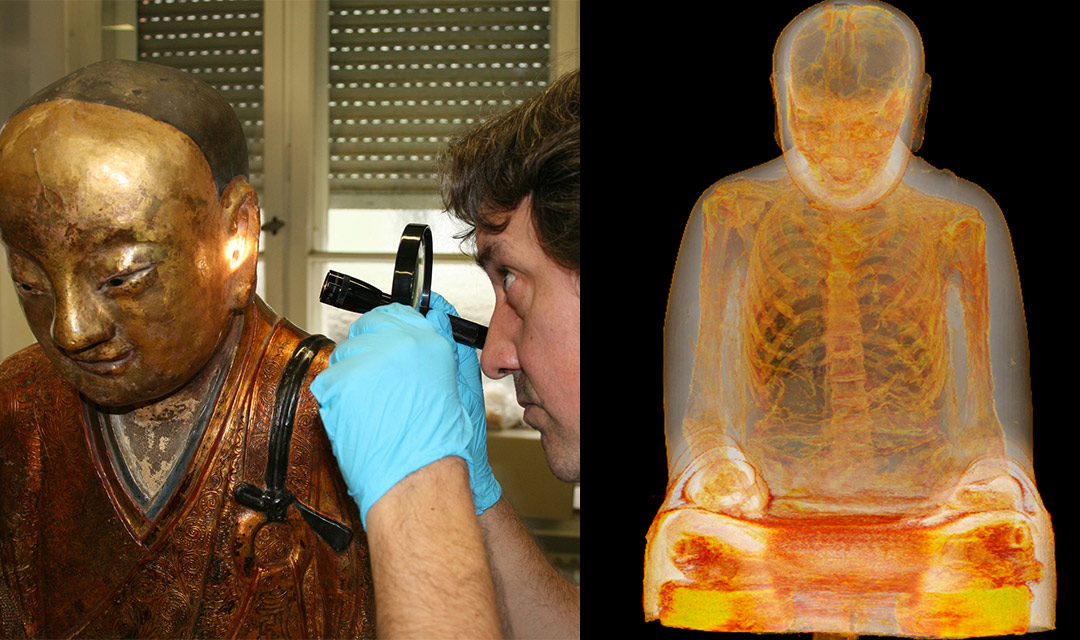 Drents Museum and Meander Medical Centre recently used CT scanning and endoscopy to take a peek inside a 1000 year-old Buddhist statue and have found something completely beyond their expectations.

Together they worked to examine the “oldest patient ever” in a CT scanner.

“On the outside, it looks like a large statue of Buddha. Scan research has shown that on the inside, it is the mummy of a Buddhist monk who lived around the year 1100.”

While it was already known that there was a mummified body inside, the staff was unanimously surprised to find a lack of internal organs. Instead, the mummy had an empty chest cavity, filled with with only a rotting piece of paper.

The paper was extracted and inspected and the lettering was identified as ancient Chinese with the man’s name: Liuquan.

The researchers believe he died approximately 1000 years ago in the year 1100 AD! 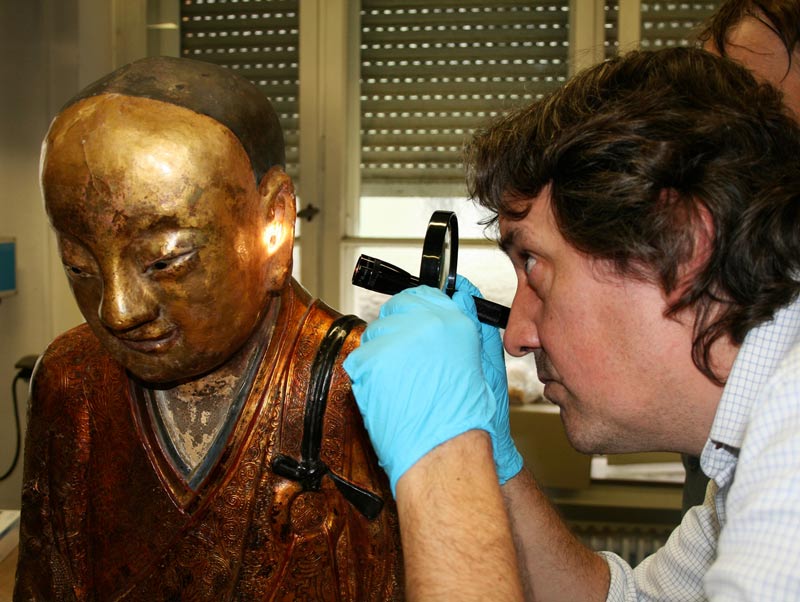 It is believed that Liuquan was a successfully preserved example of “self-mummification”, Sokushinbutsu , or “即身仏”, a painful practice that is now outlawed in Japan.

“Practiced mainly in Japan, self-mummification was a grueling process that required a monk to follow a strict 1,000-day diet of nuts and seeds in order to strip the body of fat. A diet of bark and roots would follow for another 1,000 days.

At the end of this period, the monk began drinking a poisonous tea made from the sap of the Japanese varnish tree, normally used to lacquer bowls and plates. The tea caused profuse vomiting as well as a rapid loss of bodily fluids, possibly making the body too poisonous to be eaten by bacteria and insects.

A living skeleton, the monk was then placed in a stone tomb barely larger than his body, which was equipped with an air tube and a bell.

Never moving from the lotus position, the monk would ring the bell each day to let those outside know that he was still alive. When the bell stopped ringing, the monk was presumed dead, the air tube removed and the tomb sealed.

After another 1,000 days the tomb would be opened to check whether the monk had been successfully mummified. Of the hundreds of monks that tried this horrifying process, only a few dozen actually became self-mummified and venerated in temples as a Buddha.” 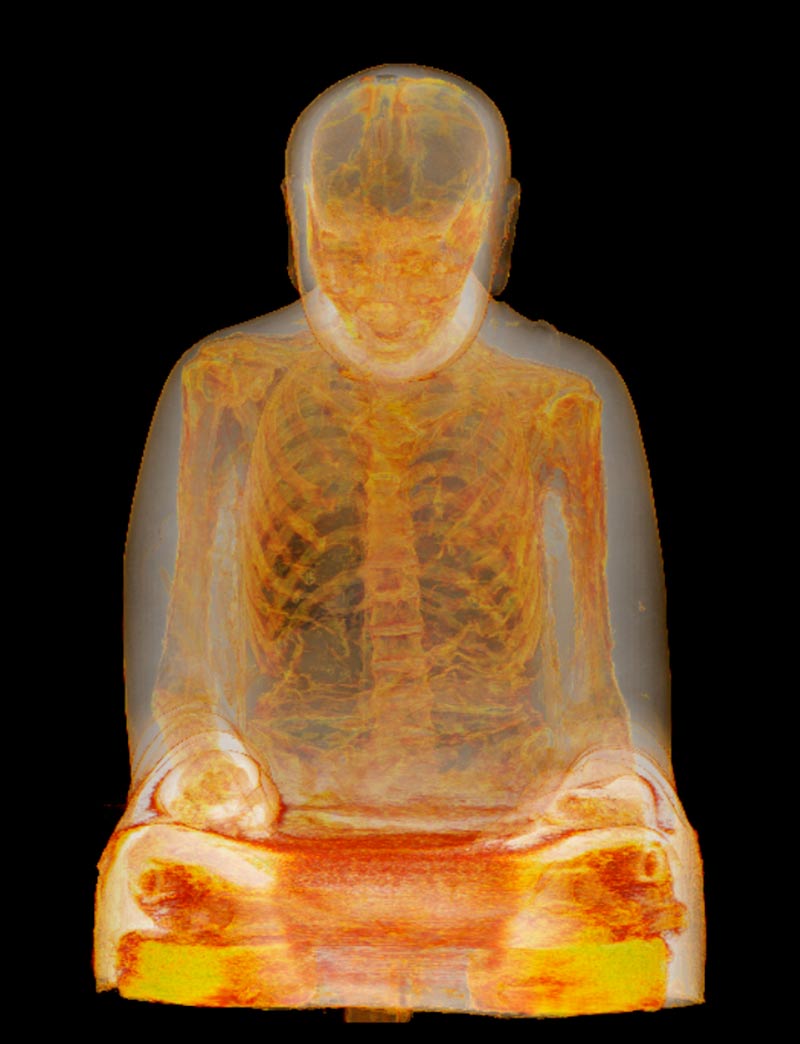 CT Scan of the Mummified Monk 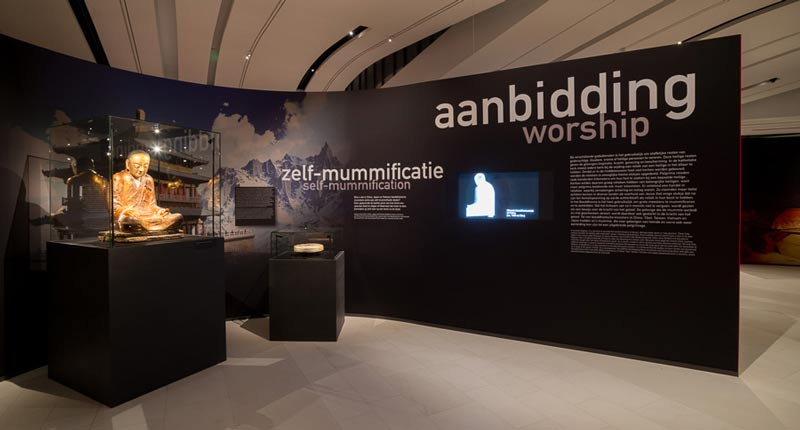 Statue on Display in Drents Museum 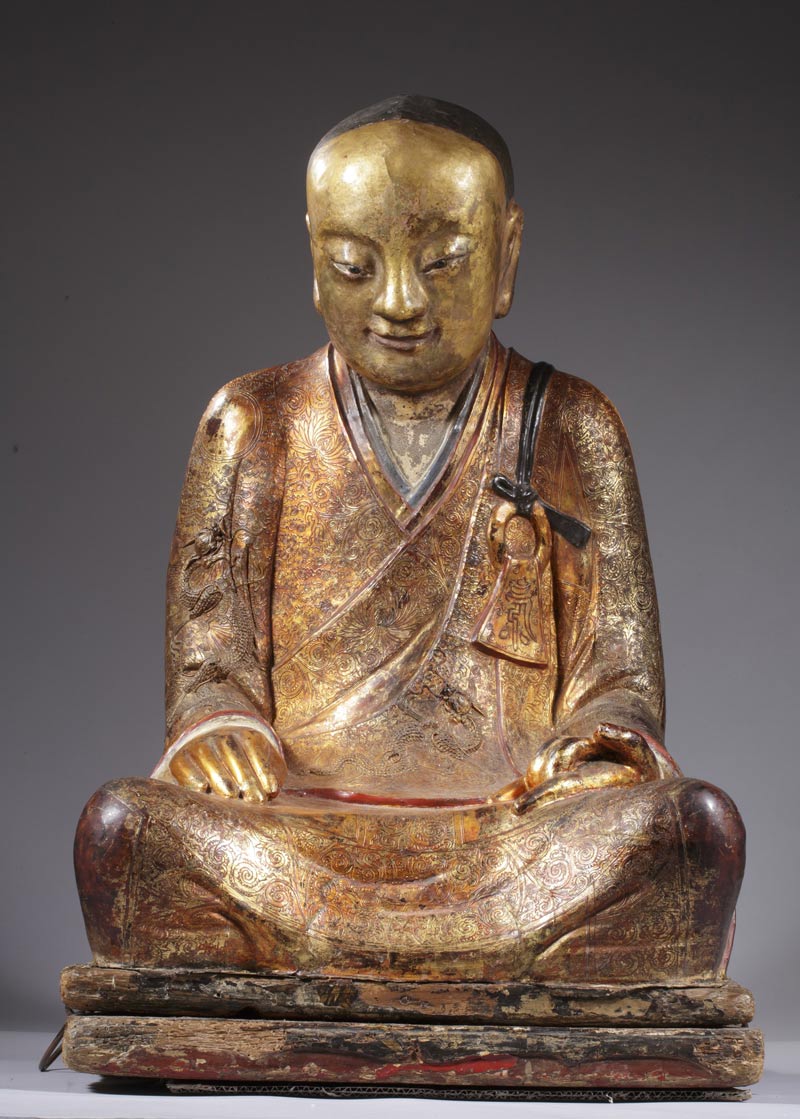 Outside, the statue shows little evidence there is something inside.

Previous post 8 Things You Need To Know About Sword Swallowing