With more than $92 million in prize money, Williams has shattered the female athletic record. 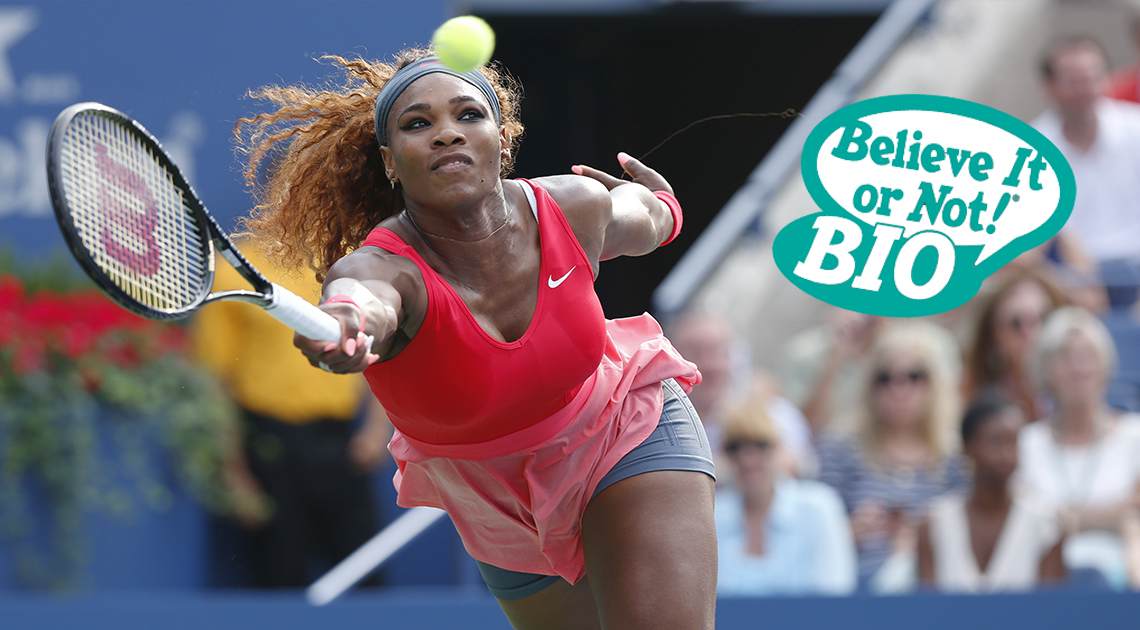 Serena Williams is a tennis court titan with an impressive 308 grand slams and four Olympic gold medals to prove it. Recently, she beat both the All-Time Women’s and Men’s Records. She ranks among the best tennis players in the world, along with her sister, Venus. And it’s no coincidence.

Their father is tennis coach Richard Williams. He started the girls off in toddlerhood, homeschooling between training sessions. Serena was three when she picked up her first racket. What else do you need to know about this fierce and famous tennis star? 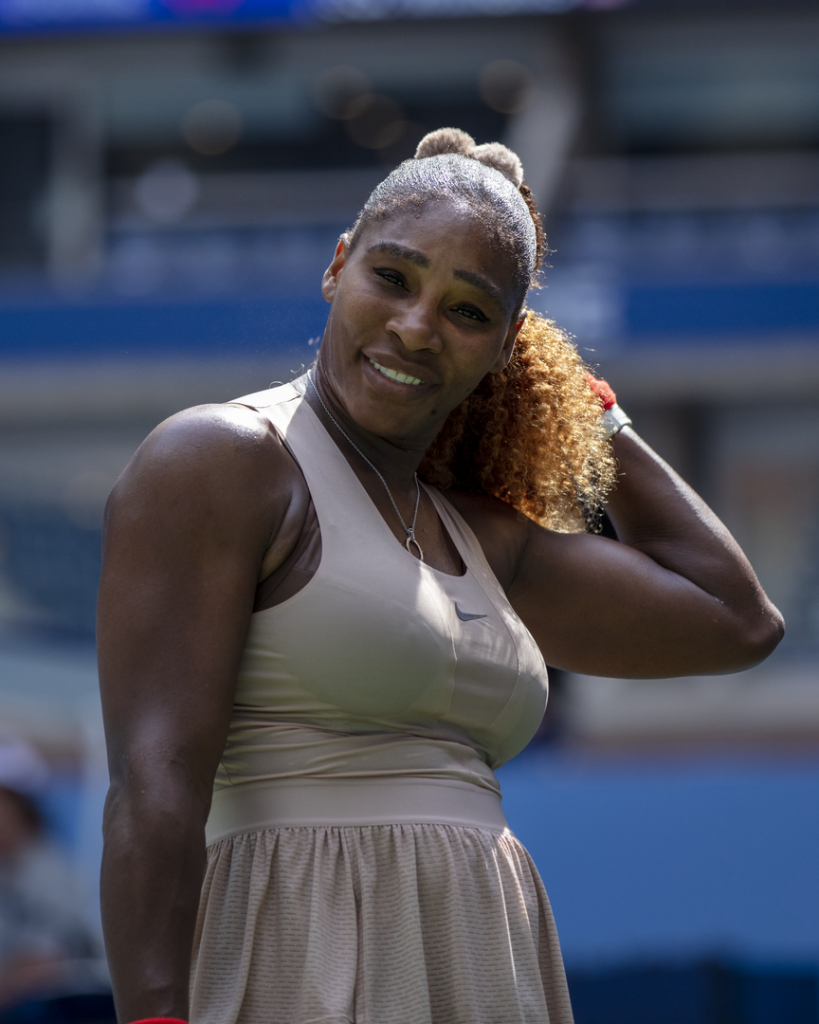 Serena Williams was ranked number 1 in the world by age 20.

Serena Jameka Williams brings excellence to everything she does. Besides a trove of impressive wins, the Women’s Tennis Association ranked her as number one in the world in 2002–just 20 at the time. This made her the youngest woman ever to receive this accolade.

What’s more, she held this spot for 319 weeks, ranking just below Martina Navratilova (332) and Steffi Graf (377) based on records since the advent of Women’s Tennis Association (WTA) computerized rankings.

What’s Williams’s winning percentage in the US Open? She tops the charts at an impressive .898. This figure places her in the upper echelons of the best players of all time. Coupled with her grand slams, she remains a formidable foe on the tennis court. But there’s a lot more to Serena than stellar athletic performance.

In November 2017, Williams married Alexia Ohanian, the co-founder of Reddit, after meeting at a hotel in Rome. (No wonder Rome is her favorite city!) As she recalls, Ohanian was a little hungover when they first started talking, yet they still hit it off quickly. Soon, the couple started dating, and then he put a ring on it.

They got married in a dream wedding in New Orleans on November 16, commemorating the birthday of Ohanian’s mother, who passed away nearly a decade earlier. Today, they have a beautiful three-year-old daughter named Alexis “Olympia” Ohanian, Jr., who’s already taking tennis lessons. Can you imagine the pressure of being that tennis instructor?

Serena Williams learned how to speak French to prepare for her potential victory at the French Open.

In her teenage years, Williams decided to become fluent in French. As a competitor in the French Open, she wanted to have the ability to speak in the native language if (and when) she took home the victory. Additionally, in most African countries their local language is either French or English.

Though she’s been practicing and speaking French for years now, Williams told The New York Times, “I don’t really have a lot of confidence. I just had to kind of jump in. It’s way, way more nerve-racking than playing tennis.”

Today, Williams continues to practice her French-speaking tongue. She has even started teaching her daughter Olympia, at only 11 months old, a few of the basic French terms and commands such as, “Wash your hands.”

Serena Williams is a fierce philanthropist.

Besides a happy home life, Williams is also known for her commitment to the Jehovah’s Witness faith and generous philanthropic work. In 2008, she founded the Serena Williams Foundation to provide resources to protect youth from violence and crime worldwide. The foundation has since branched out in other areas, including the construction of schools for kids in Jamaica, Kenya, and Uganda.

Williams has also worked as a Goodwill Ambassador for the United Nations Children’s Fund (UNICEF) for many years and remains actively involved in extensive charity work with them. In August 2020, she collaborated with Bella+Canvas, Scholastic, and the National School Board to provide students from under-served schools with educational materials and 4.25 million masks.

Serena Williams made a cameo in Beyoncé’s music video for the song “Sorry.”

When it came time to release her visual Lemonade album, Beyoncé’s team asked Williams to be a part of the video for “Sorry.” Though hesitant at first, Williams told the Associated Press, “I have known the director since I was like nine years old. I know Beyoncé pretty well, so they were like, ‘We would love for you to be in this particular song. It’s about strength and it’s about courage and that’s what we see you as.”

A woman who embodies these themes rather perfectly both on and off the court, Williams followed Beyoncé’s instruction to “…be really free and dance like nobody’s looking,” and that’s exactly what she did!

And speaking of music, if you were wondering what type of tunes this record-breaking tennis star has on her playlist, it’s a little bit of everything. Williams’s go-to pump-up song is David Bowie’s “Fame,” and she embarrassingly admits, she even jams to a little “MMMBop” by Hanson, on occasion.

Serena Williams is a star both on the court and on the screen.

If you wonder how Williams finds the time to train, compete, raise a family, and do philanthropy work, you’re not alone. But her many talents and activities don’t stop there.

She’s a voracious reader who loves curling up with books by her favorite author, Maya Angelou. And she’s tried her hand at acting in a handful of films and shows. You’ve likely seen her on ER and Law and Order: Special Victims Unit without even knowing it. She’s also voiced or acted in many movie productions, including Avatar: The Last AirBender and Drop Dead Diva.

And we can’t forget about inspirational documentaries such as Being Serena and Venus and Serena where she truly shines. Williams has even appeared alongside Kanye West and Alicia Keys in Common’s music video “I Want You.” And she regularly graces the covers of top magazines, the epitome of physical health and style. Both on and off the court, Williams remains a force to be reckoned with.

Next post How Christina Hunger Taught Her Dog Stella To Talk