The Thief-Hunting Skeletons Of Citipati

The skeletons enter a state of dancing furor.

The Citipati is a pair of skeletal deities in the Buddhist tradition. A male and female pair often depicted in a state of dancing furor, they have a tragic origin despite their outward exuberance. 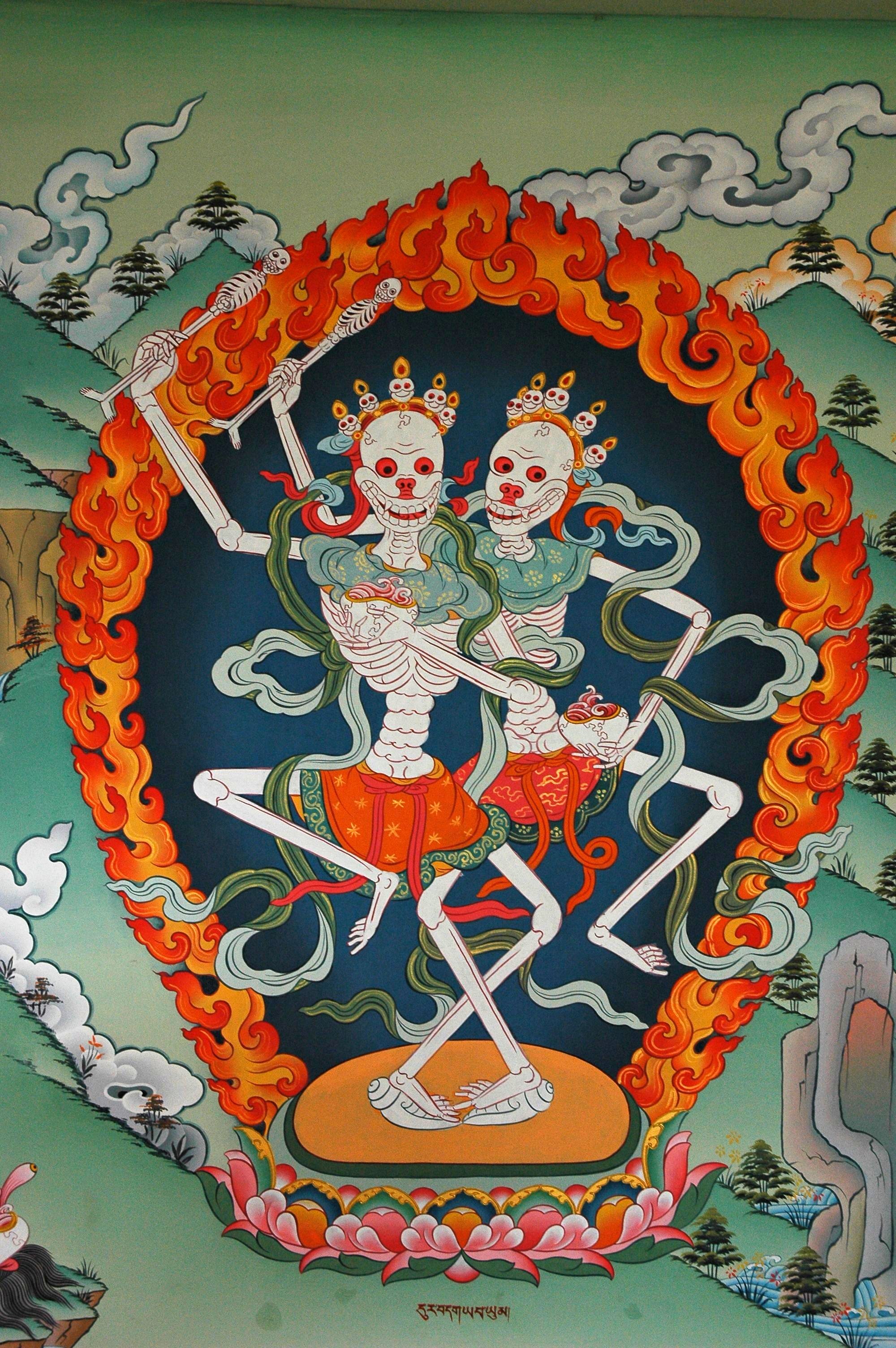 According to legend, a pair of ascetic monks were meditating near a graveyard. They were so intent on their pursuit of enlightenment, that they didn’t notice a thief creeping closer and closer to their still bodies. The thief killed and beheaded the monks, leaving their bodies in the dirt. Attaining a form of high enlightenment, the monks’ spirits swore vengeance against the thief and all criminals. Bound to graveyards, they became the Lords of Cemeteries and protectors of the dead.

Their story is remembered not just as a warning against thievery, but also as a lesson of the impermanence of life. The Citipati are played by the most skilled dancers in Tibetan festivals, where they dance and blow horns. Their acts of joy and celebration are also offered as a sort of penance for their esoteric attachments to meditation in life. 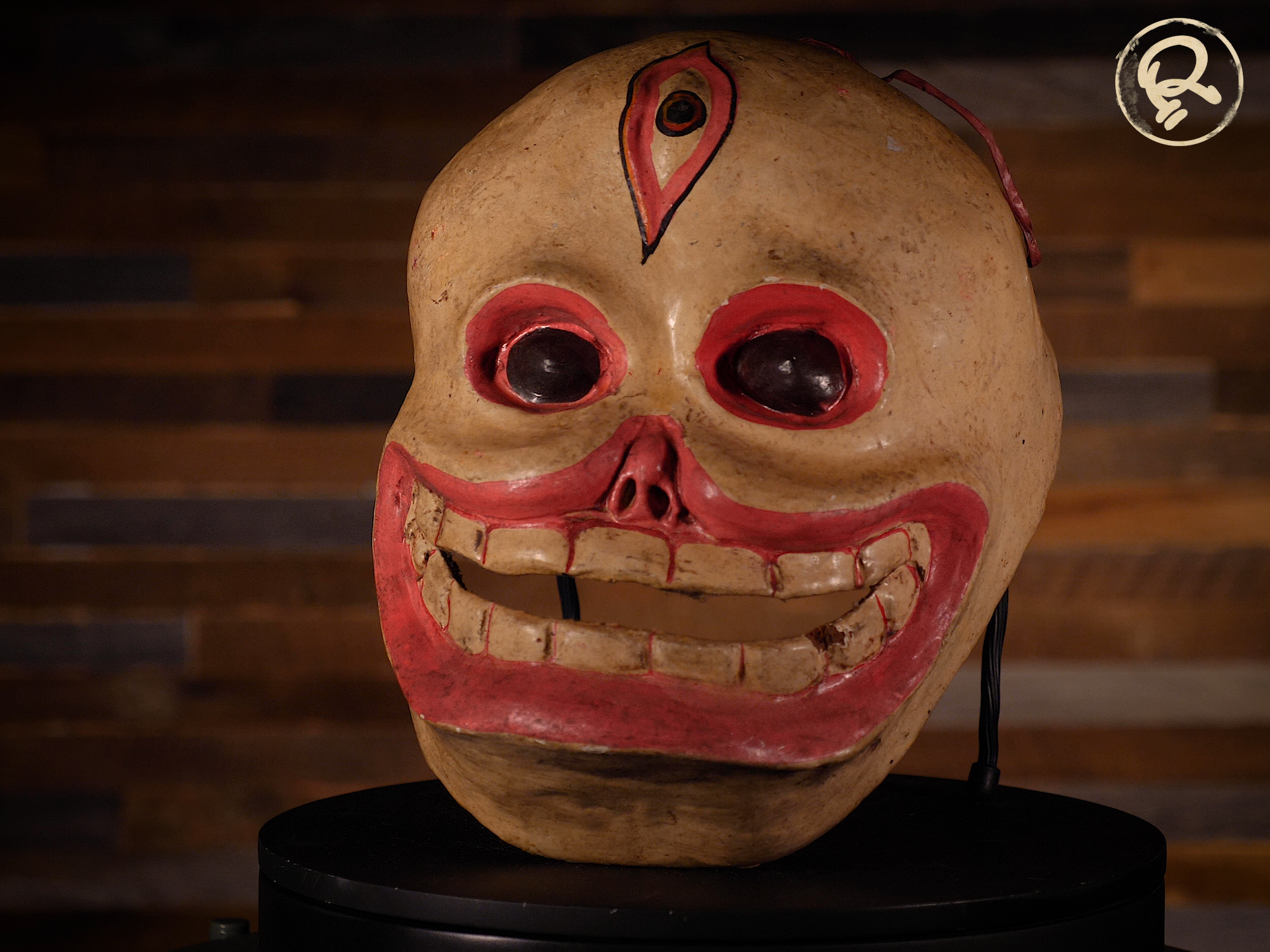 Tibetan celebrants put on skeleton masks made of paper mache to honor the Citipati. The performers representing the fateful pair normally have more elaborate masks featuring crowns of multiple skulls. The simpler mask in the Ripley collection was likely used by more junior performers.

Next post The 1950s Science Kit That Had Real Uranium