Do Snakes Dislocate Their Jaws For Super-Sized Prey? 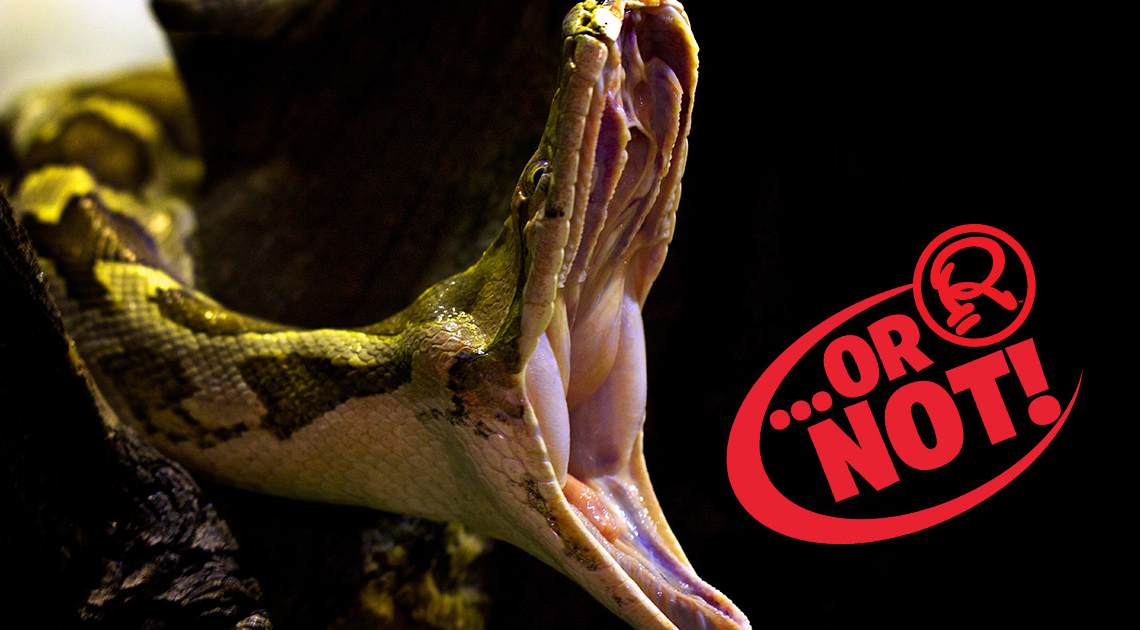 You don’t have to look far to find stories about serpents biting off more than they can chew. In August 2013, scientists documented a boa constrictor eating a howler monkey. In March 2017, an African rock python swallowed a spotted hyena. That same month, a 23-foot-long Burmese python killed and consumed a farmer whole. And a woman in Indonesia befell the same fate in June 2018. The feeding frenzy doesn’t end there. Reports also document snakes swallowing everything from adult deer to alligators and even cows.

In other words, everything’s on the menu when it comes to these slippery reptiles, no matter how large the prey. So, what enables them to gobble such large entrees? According to urban myth, the ability to dislocate their jaws. But here’s the real truth about the mechanism behind serpentine binge eating.

The “Gaping” Truth About Snake Feasts

Humans have long been fascinated by the ability of snakes to swallow enormous meals. As a result, the myth quickly developed that serpents dislocate their jaws to accommodate massive mouthfuls. After all, snakes are limited to snacks that can pass through their jaws. So, how do their mouths handle giant feasts?

The mechanism that satiates their gargantuan appetites is known as “gaping.” The result of a unique physiological adaptation, gaping allows serpents to partake in some jaw-dropping—pun intended—feats of mouth agility. 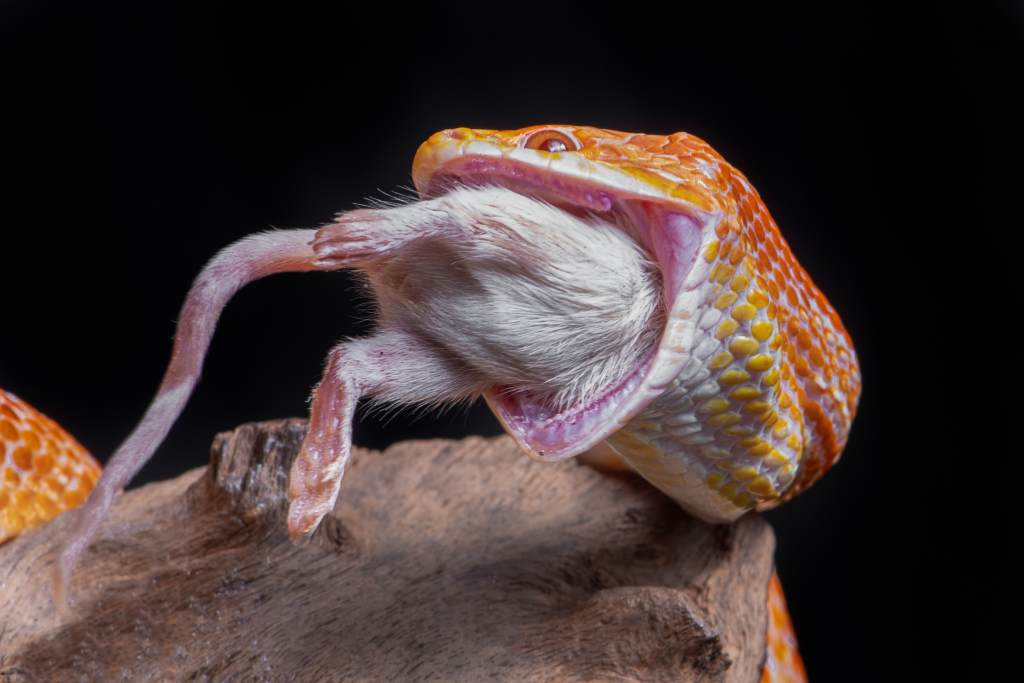 How does gaping work? Unlike mammals, the mandibles—lower jawbones—of snakes remain unfused. Instead, stretchy ligaments bind these moveable pieces of a snake’s jaw in place—until it’s time to dive into a big meal. Loosely joined at the back of the skull, their mandibles permit greater rotation than most animals. As a result, snakes can open their mouths wider than their bodies.

Of course, this ability sometimes gets them into big trouble. Few stories better illustrate this point than a grisly encounter between a 13-foot-long Burmese python and a six-foot alligator in the Florida Everglades in October 2005. After swallowing the alligator, the snake’s stomach ruptured, and both reptiles died.

If snakes could talk, and they stuck around to teach their offspring manners, you might hear them scold, “Walk your food carefully!” That’s because snakes “walk” prey down their gullet instead of chewing it.

But what does that mean? A snake’s head inches forward using a side-to-side motion over the body of its victim. Depending on the size of the dinner, this process can take many hours. The walking motion allows serpents to ingest their prey slowly. Backward-pointing teeth ensure the food in question can’t escape if still alive.

Because snakes don’t break down their food by chewing it as they go along, this can lead to other dangers. For example, if a snake can’t digest a meal before putrefaction sets in, it can lead to dangerous internal expansion, especially if there’s not much room to spare. 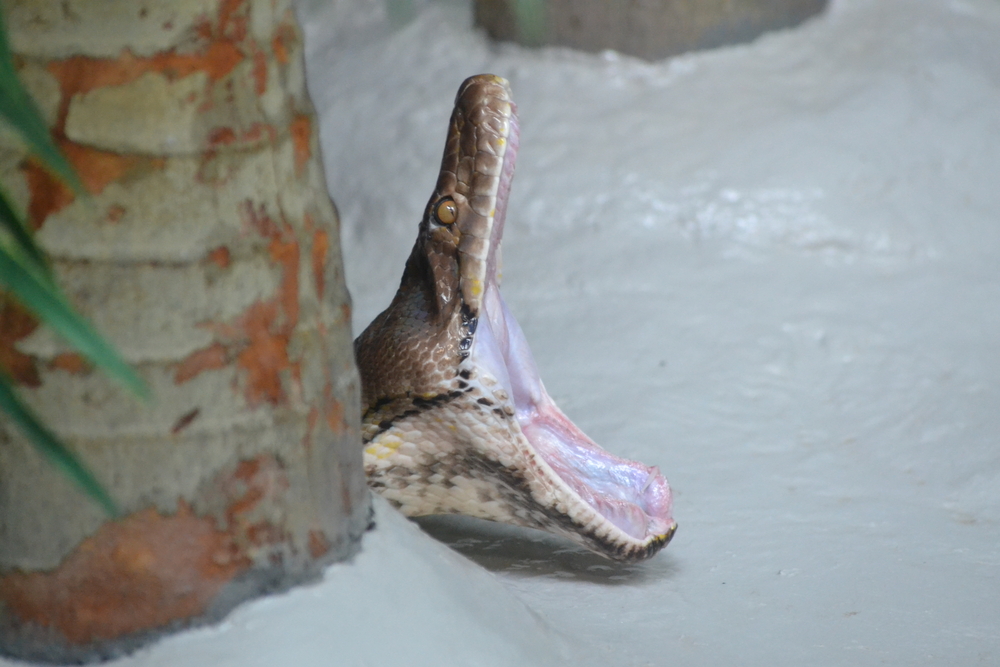 That’s why snakes such as pit vipers inject their victims with venom. This venom starts dissolving the proteins in their prey’s body immediately, turning their flesh into a gooey mass that the snake can more easily digest.

For snakes without a pit viper’s resources, they count on digestive enzymes to dissolve their meals. Because there’s virtually no mechanical breakdown, they must rely solely on a chemical one. As a result, many snakes cough up partially-digested food. These regurgitated meals have become the stuff of legend, especially when they prove large and somewhat recognizable.

Next post A Mummy Foot Mystery From The 18th-Century B.C.

Previous post The Cathedral of Junk is A Backyard Curiosity