You don't want to drink this soda! 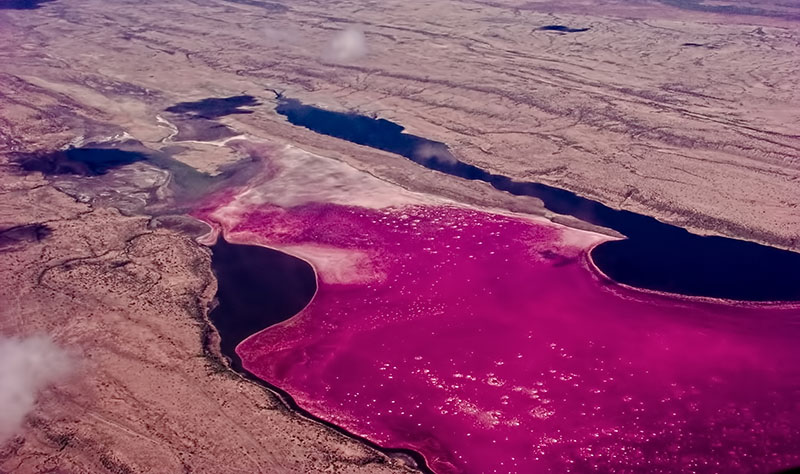 Yes, Kenya really does have a soda lake complete with a soda factory sitting on its shore, but you’re not going to want to drink from it.

It’s not ‘pop’ as they would say in the Midwest; it’s soda ash—a sodium carbonate compound similar to baking soda.

From the Journal of Robert Ripley:

“After 80 miles of bumping along, which might have aided our digestion, but was a little hard on the tops of our heads, we saw a great expanse of snow. Of course it wasn’t snow. It was lake Magadi, that famous Lake of Soda, and one of the natural wonders of the world.” – Robert Ripley, 1933 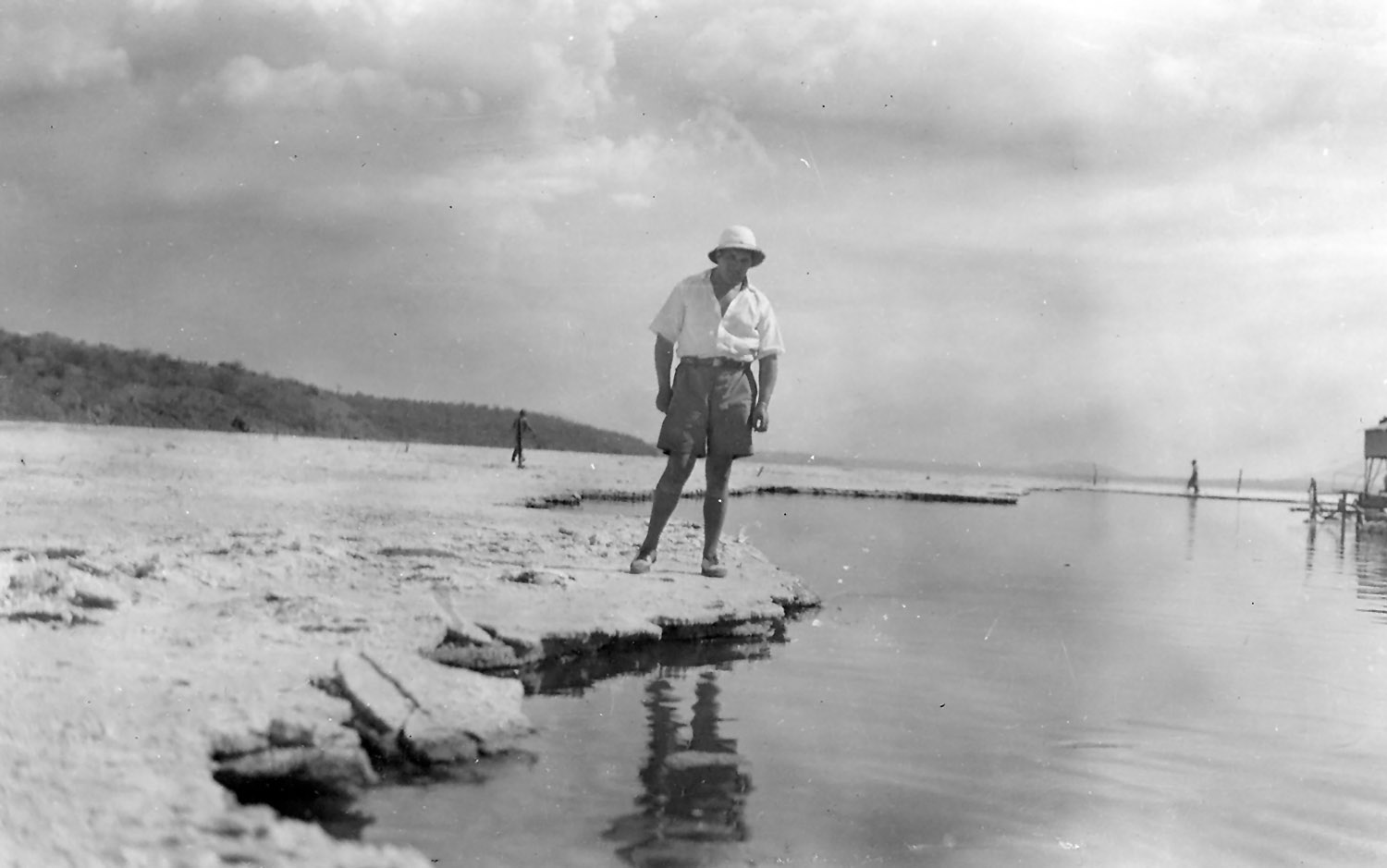 The 40-square-mile lake sits in a valley of volcanic rocks known as the Kenyan Rift. During dry seasons, the lake is 80% covered in soda ash. The massive salt sheets can even be 130-feet thick in places.

To reach the township of Magadi roads have to be cut into the giant salt pieces.

The rainy season covers much of the lake in a few shallow feet of briny water, which attracts enormous flocks of flamingos who feed on the seasonal shrimp.

A series of hot springs feed the lake with 185° F water. The only fish to survive in the lake’s  scalding, alkaline waters are a species of tilapia. 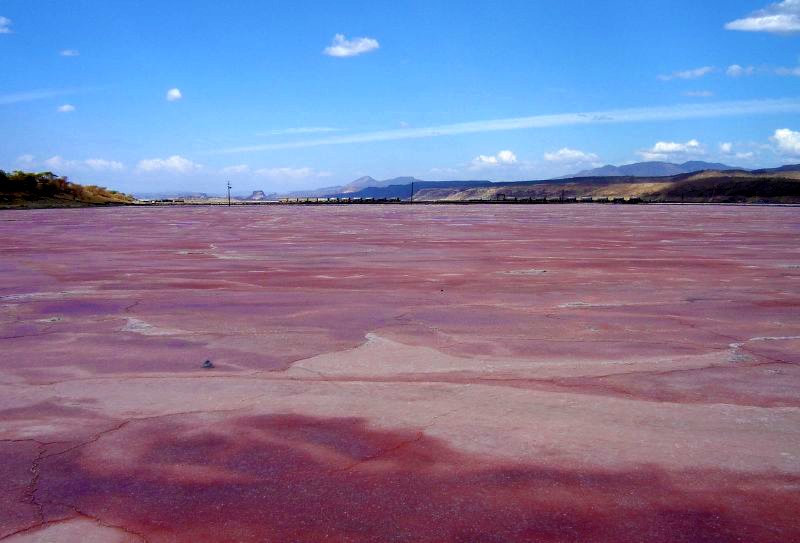 The soda from the lake is a coal color when harvested, but—after processing—emerges snow white and as fine as flour.

Soda ash is used domestically as a detergent and in the manufacture of glass. Believe it or not, soda ash is an essential salt in giving ramen noodles their distinct flavor.

All this salt and soda ash in the region has acted as a natural preservative for ecologists and geologists. The valley was once home to a large freshwater lake, and fish species can be found encapsulated in the far-reaching salt beds of the basin.

Soda lakes aren’t actually that uncommon, though most are in East Africa. Soda lakes are found on every continent except for Antarctica, and like Magadi, they are often used as natural sources for alkaline chemicals including baking soda, borax, and lithium. 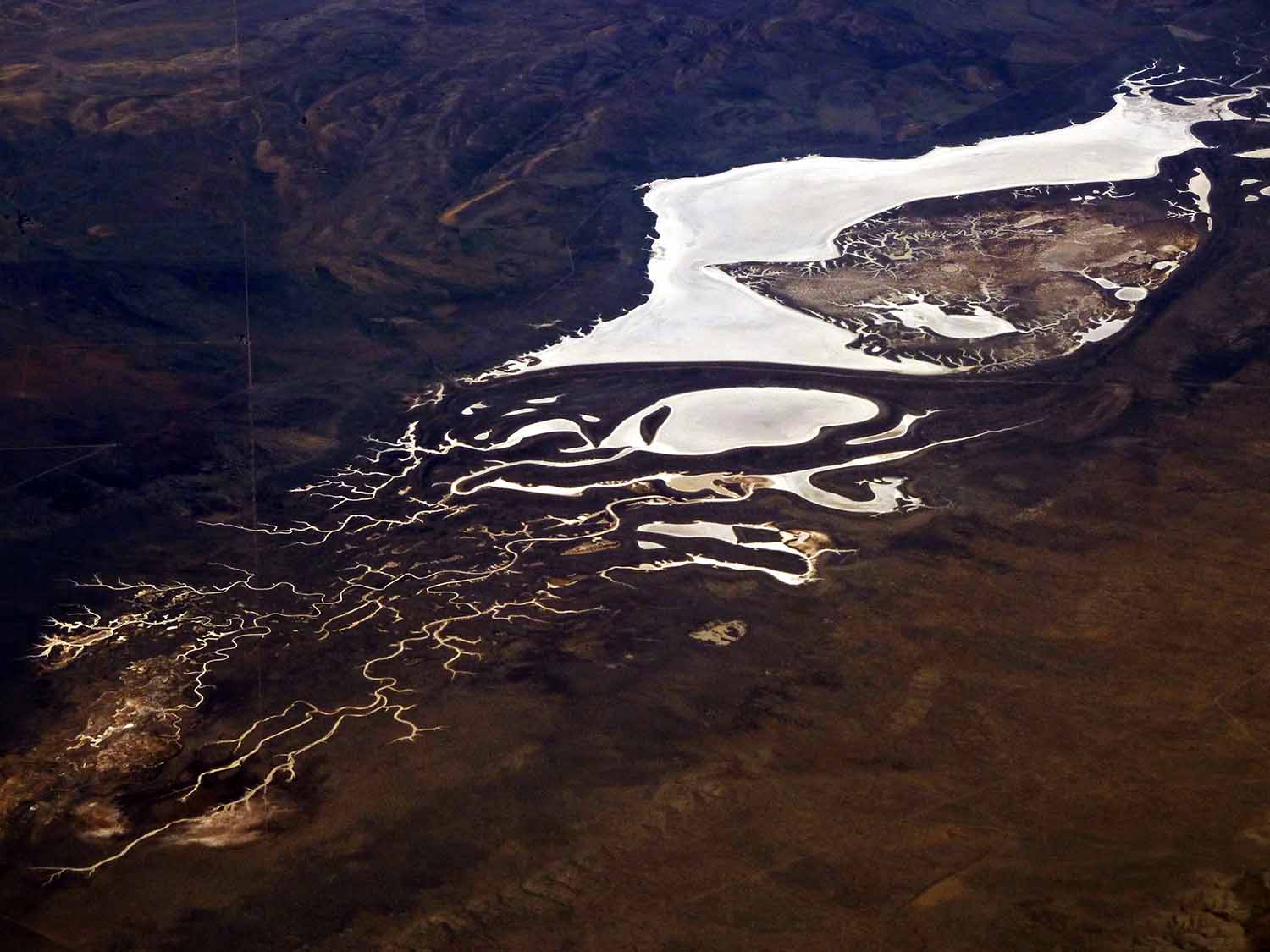 While you might think these lakes are relatively inhospitable to life, the salty conditions actually allow for plants and algae to perform photosynthesis at a rate up to 16 times the average for normal lakes and streams, making them the most energy rich aquatic environment on Earth.

A Curiosity of Nature

“A light rain, which barely wets the surface, causes a tiny plant growth on the soda giving it a pink color. A long heavy rain leaves water to a depth of a few inches, causing the lake to turn blue in color. But the heavy specific gravity of the water makes it still and smooth as glass, with never a ripple appearing in its even surface.” –from the journal of Robert Ripley, 1933 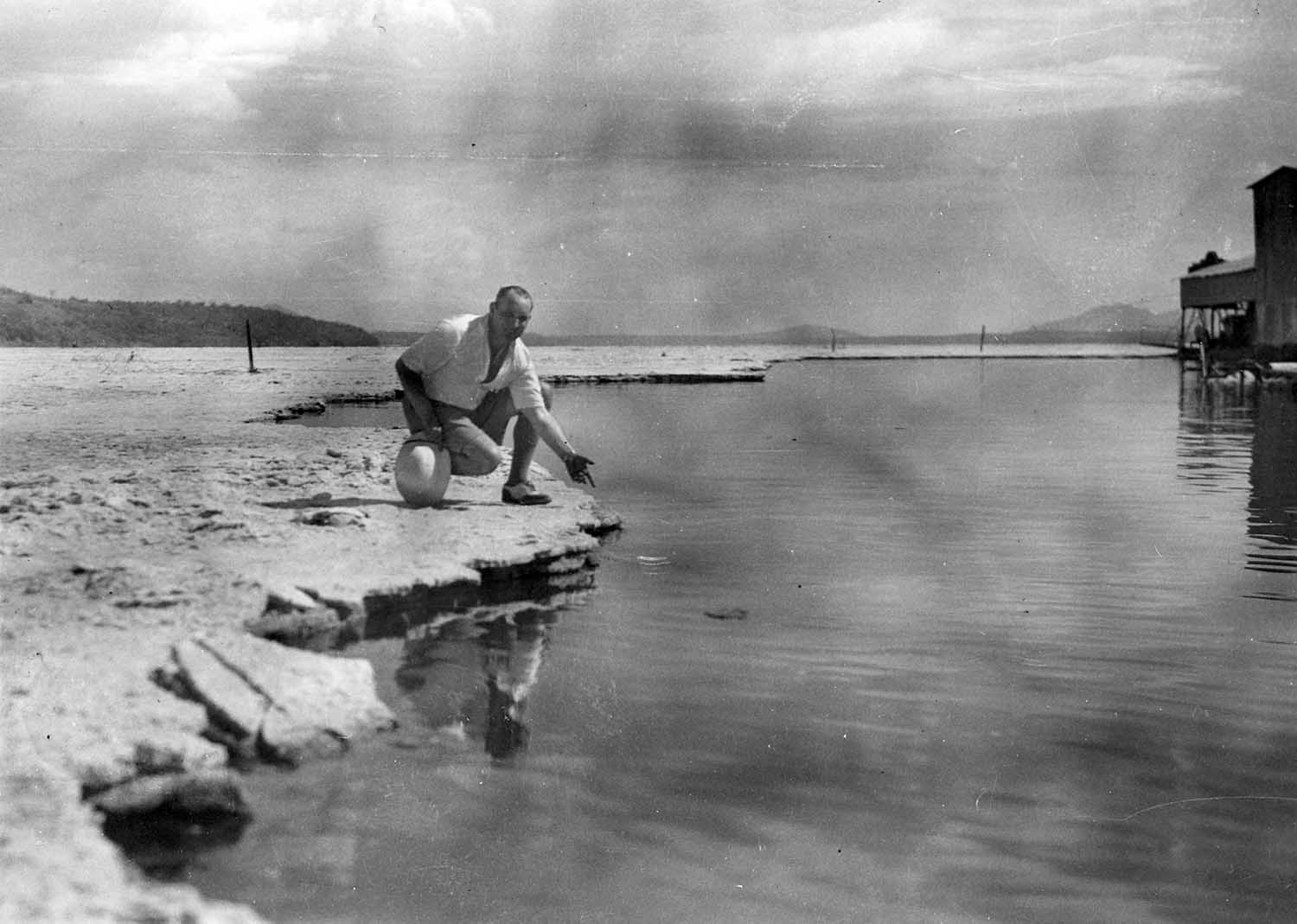