The Charlatan Count Who Sold the Eiffel Tower 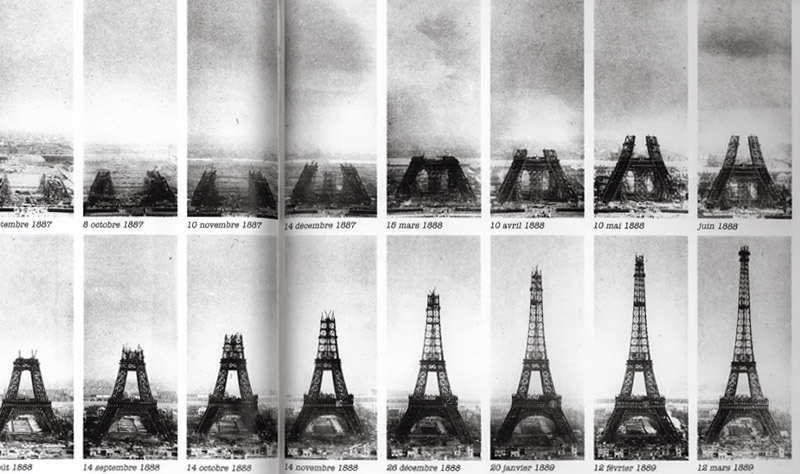 Though he had no claim to the land or tower at all, one man managed to get two French scrap-metal dealers to pay him quite handsomely for Paris’ best-known landmark.

With at least 24 aliases, a fluency in five languages, and nearly 50 arrests in the U.S. alone, Czech-born “Count” Victor Lustig was an aristocrat among con men. He had already pulled off lucrative scams in Missouri and Montreal, and been called the “slickest bunko man who ever lived” after police found $32,000 in counterfeit money in a subway locker of his in Times Square. 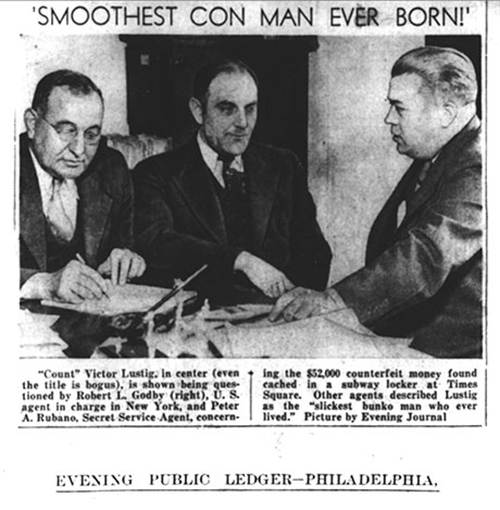 “Count” Lustig being interrogated by the police and Secret Service.

While sitting in a Paris café in 1925, he hatched his most audacious scheme. Reading a small newspaper article reporting that the Eiffel Tower was in such disrepair that the French government was exploring the possibility of having it demolished and rebuilt, Lustig saw an opportunity to exploit the situation. Posing as a government minister, he wrote to six scrap-metal dealers informing them that because the tower was too expensive to repair, it was to be pulled down and sold for scrap.

The six dealers were invited to Paris’ 7,000 of metal, all sworn to secrecy so that news of the  demise wouldn’t cause public outrage. When the bids came in, Lustig chose that of gullible, provincial scrap merchant André Poisson, very much a fish out of water.

Informing Poisson that his bid had been successful, Lustig received a healthy sum for the contract, in return for which he handed the dealer a worthless bill of sale. By the time Poisson realized he had been conned, Lustig was spending his money in Austria. Poisson was too embarrassed to go to the police, allowing Lustig to return to Paris shortly afterward and sell the Eiffel Tower to a second businessman. Count Lustig sold the Eiffel Tower, not just once—BUT TWICE!

Lustig went on to counterfeit some more in America, and to swindle Al Capone himself. He became so well known as a con man that a supposed set of “10 Con Man Commandments” has been attributed to his name.

The Man Who Bought Stonehenge 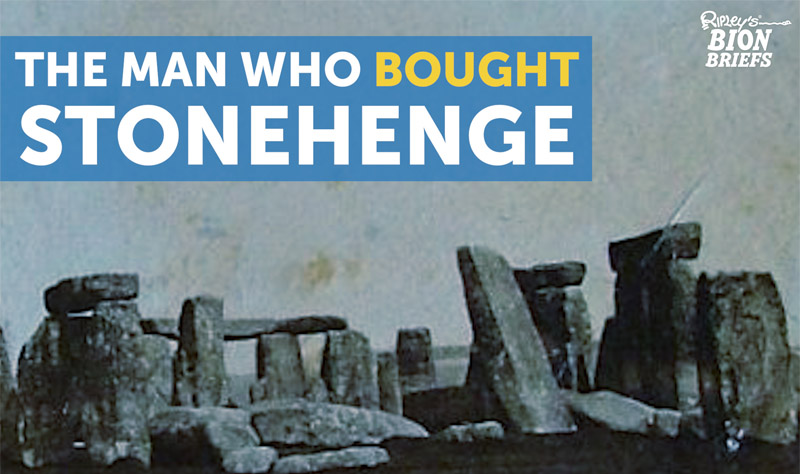