People often faint during the experience. 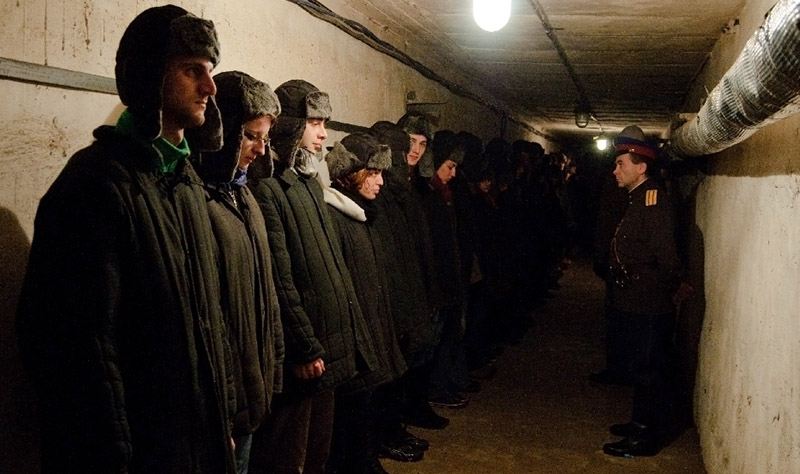 If you’ve ever wanted to trudge around in the cold while being shouted at in Russian, the could be the perfect vacation spot.

Set in a Soviet-era bunker, 1984: Survival Experience visitors are treated as though they were Lithuanian citizens under the control of the communist Russian military. The dramatization starts with putting on heavy, damp jackets. A German shepherd and ex-KGB officer bark orders as you enter your new Soviet paradise. Yes, ex-KGB. Believe it or not, all of the attractions actors were in the Soviet army. Some even interrogators trained in psychological tactics.

As you are marched into the bunker, propaganda plays ceaselessly on loud-speakers. Any question is expected to be answered with a meek “da.” According to park administrators, it’s common for people to faint during the experience, and up to five people have collapsed during a single tour. You must sign a health and safety waiver to participate, and some pretty crazy things happen 20-feet underground with ex-officials reliving their days as officers.

One guest recounts an actor dousing a cloth in alcohol, lighting it on fire, dropping the burning rag in a jar, and pressing it against his skin. Apparently, this was common practice for “extracting disease” during the occupation.

Before release, visitors are treated to a meal of gruel and given a shot of vodka (for the cost of entry and mounting anxiety, the bottle may be more appreciated).

While there’s nothing amusing about the mass genocide perpetrated by invading Soviet forces in post-war Lithuania, the Soviet Bunker experience isn’t the only attraction in the country that serves as a reminder of the country’s brutal occupation.

If the full victim experience is too much, Grūtas Park has a more self-serve approach. Built by a wealthy mushroom trader, the park contains hundreds of Soviet statues and artifacts. Known by many as Stalin’s World, the park has been highly controversial since it was built in 2001. 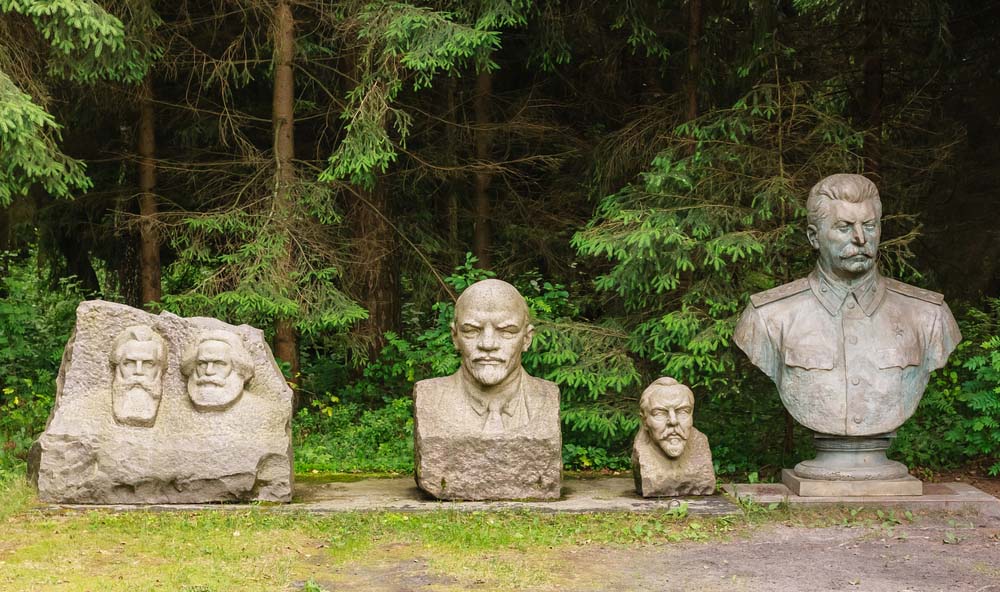 Many are offended by the park’s existence, but others think there’s no greater insult to the communist leaders than making a profit off of their legacy.

Rather pay homage to a less controversial figure? Lithuania is also home to a Frank Zappa monument, although the famed musician was not Lithuanian, nor ever visited the country!

Next post NASA confirms: You Can't See the Great Wall of China from Space