The sound is loud enough to burst divers' eardrums.

Brought to fame by Herman Melville’s whale-hunting epic, Moby Dick, sperm whales are some of the Earth’s most mysterious creatures. With the ability to dive 6,000 feet beneath the surface of the ocean—that’s four times the height of the Empire State Building—humankind has no way of knowing exactly what they do down there.

Blue whales may be uncontested as the largest animals living today, but sperm whales have them beat in a number of categories. Unlike their behemoth brethren who only eat tiny krill and plankton—and are incapable of eating anything bigger than a beach ball—sperm whales are the world’s largest toothed carnivores, measuring up to 68 feet long and weighing 112,000 pounds.

Capable of holding their breaths for over an hour, sperm whales make the long and dangerous voyage into the dark depths of the sea to hunt squid. While most of their diet consists of relatively small squid, they’re also known to do battle with giant and even colossal squid. These cephalopods have tentacles that can tear at the whale’s flesh. Nevertheless, sperm whales fight their prey all while holding their breath. To aid them, they have their own special characteristics. 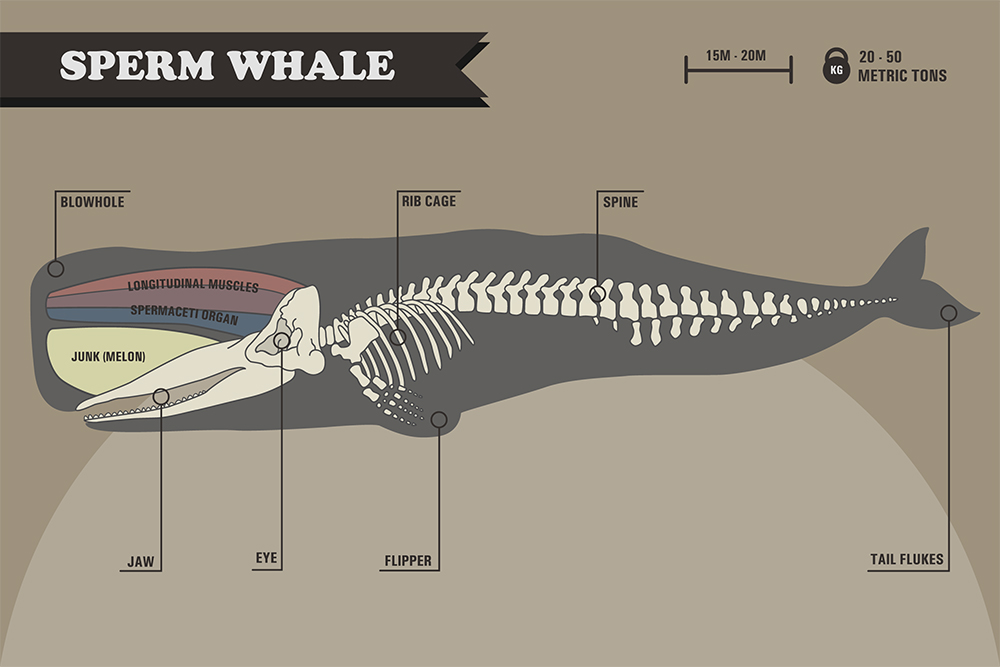 Sperm whales’ giant jaws are lined with up to 52 teeth that fill their bottom jaw, allowing them to tear through squid flesh. To protect their eyes from the crushing pressure of the deep ocean, they don’t have eyelids, but instead, retract their eyes into their bodies. Sight would be useless to them in the deep anyways, so they rely on biosonar to locate prey. The clicks they emit are the loudest sound produced by a living creature, reaching up to 230 decibels. The sound can be used to track squid just a foot in length up to a mile away.

Not just used for hunting, the sperm whales song is also used to communicate with other whales, and to investigate their surroundings. The sound, which is more potent in water than in air is loud enough to crush a diver’s eardrums. Some scientists have even experienced nausea or fainting when bombarded by the sperm whale’s call.”

Next post A Pilgrim UFO Sighting Came Long Before Roswell