Spice Up Your Life! Interview With A Spice Girls Doll Collector

Adam Weatherly owns more than 500 Spice Girls dolls, and he's on a mission to have them recognized by the National Toy Hall of Fame. See how you can help! 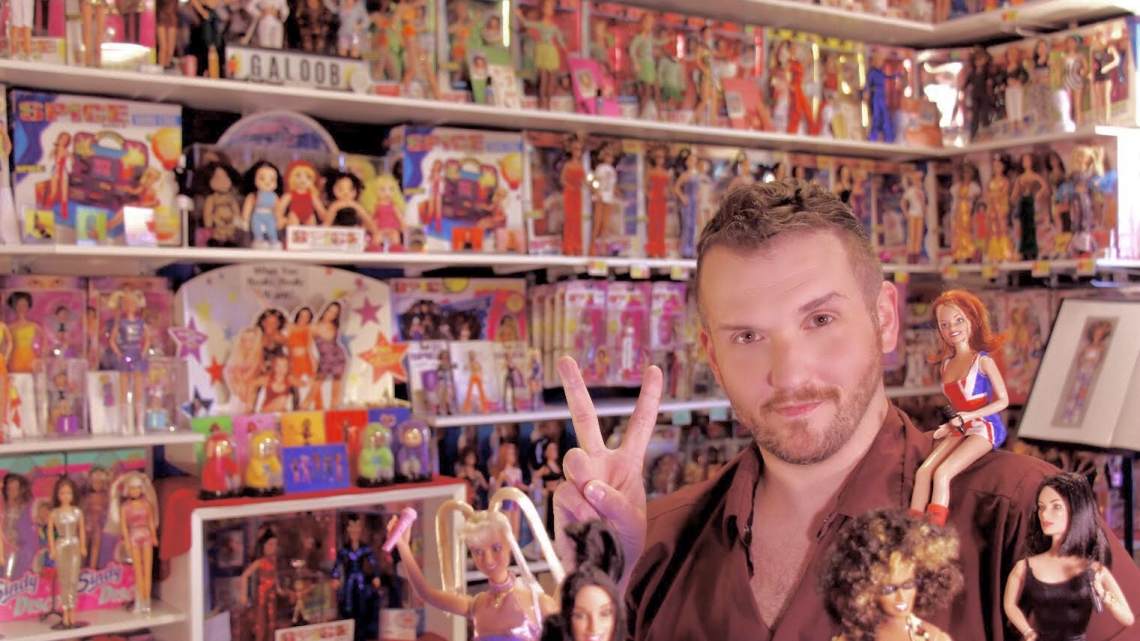 Here at Ripley’s, we take pride in honoring the unbelievable. So when Adam Weatherly came to our attention, we felt compelled to speak with him and honor his collection. Adam has spent many years collecting everything and anything related to the Spice Girls dolls, and he has the biggest and most expansive collection in the world!

We had the privilege of speaking with Adam about not only his collection, but also about how he got started and where he wants to take it, with his goal being to get the Spice Girls dolls recognized by the National Toy Hall of Fame!

So, without further ado, please enjoy our conversation with Adam Weatherly:

Tell our audience a little bit about yourself.

My name is Adam Weatherly; I’m 37. I’m an artist and collector. I collect many things, toys being my main focus. I currently live in Christiansburg, Virginia (that’s very close to Virginia Tech for those not familiar.) I was born and raised in Princeton, West Virginia.

How influential was your family in developing your passion for collecting?

My biggest influence was my brother Jason and his love of Dolly Parton. He has collected everything he can get of her his whole life. He taught me more about collecting than I can even begin to list.

You now have the world’s largest collection of Spice Girls dolls. What was it about the Spice Girls that inspired you to start your collection?

I was completely obsessed with the Spice Girls from the moment I saw them on TV. It just made sense for me to collect them but also, it’s like something just called me to them. I remember seeing the prototypes on the news being revealed in London. At that moment I wanted nothing more than those dolls. I’m still searching for that very set of prototypes. I actually wrote Galoob [the toy company] a letter asking if I could have them. I still have the response letter that was a polite “no.”

I sadly wouldn’t get the first set of dolls called Girl Power until I had eBay as an adult. They sold out so fast; I never even saw them on shelves. Once more sets came out, I promised myself I was going to have all of them. Here I am, nearly 25 years later with 500 plus dolls and I’m not done. I count every variation and bootleg and I must have them boxed and loose. 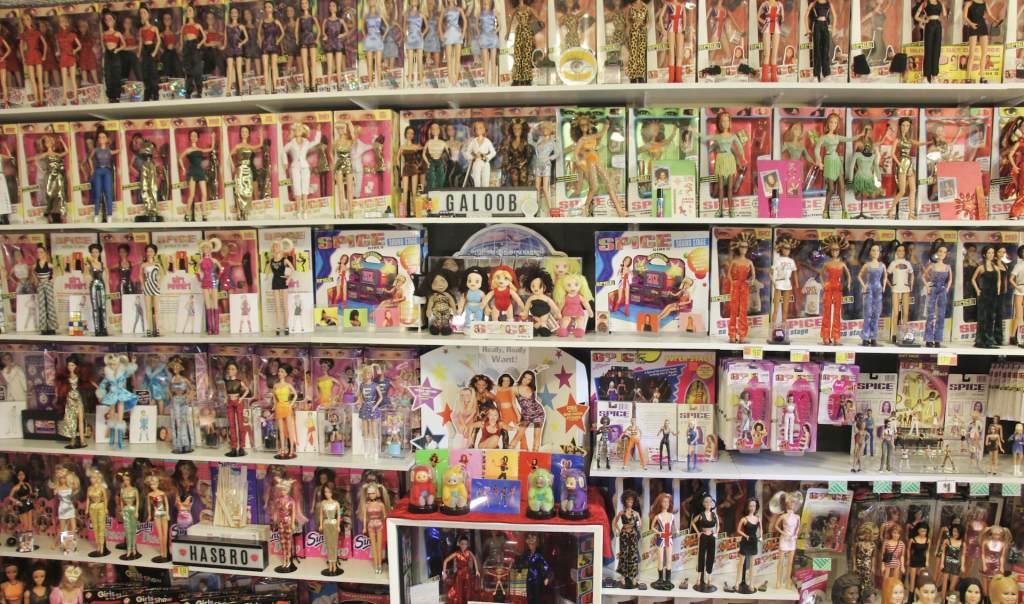 You have prototypes, artwork, and even patterns — how difficult was the process of obtaining those pieces and do you have a favorite unreleased piece in your collection?

I wouldn’t say it’s been difficult; it’s just taken a very long time. There were so many things to consider for the dolls to wear, it’s hard to pick a favorite. I wished they would have made everything the girls wore. Recently, I was sent images revealing that their Pepsi outfits were considered. They also considered Ginger’s “Spice Up Your Life” outfit. I would have loved for any of those looks to have been made.

What is your most prized piece in your collection?

It’s hard to pick just one. My first Spice Girl doll, On Tour Posh, is very sentimental to me. Anything the Galoob employees have sent me means more than I can put into words.

A lady by the name of Kamela Portuges-Robbins worked on sculpting for the doll line; she sent me the Sporty Viva Forever Sprite Push Puppet and along with it came her words of encouragement, telling me it was a reward for how hard I worked on my collection. Almost three weeks to the day of receiving that she passed away.

She knew what that piece could be worth, and she gave it to me knowing it would be in good hands. Sometimes I cry when I look at it because I’m sad I never got to hug her or meet her in person. More than anything I look to that Sprite for encouragement every time I want to give up. 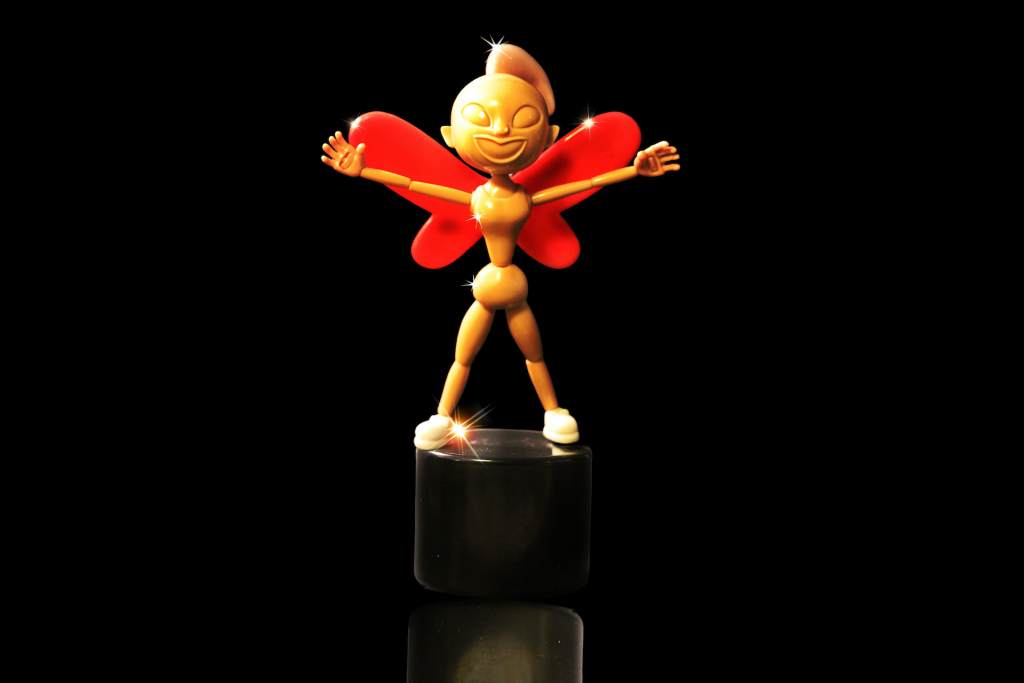 Are there any unbelievable stories associated with any of the dolls or pieces in your collection?

Yes, there are many stories. The main one that comes to mind is at the beginning of my efforts contacting employees. While on the search for prototypes, I had someone I was friends with on a message board send me a link to an eBay listing for prototype Ginger clothes. He knew how much I was searching for them. At the time, I hadn’t found anyone who worked on the dolls to confirm or deny if they were real. So, I wasn’t about to lose them and ended up paying a decent amount.

When they arrived, the address label had the name of the friend from the message board. He had made them himself intentionally to scam me out of money. It turns out I wasn’t the only one that he had done that to. They had apparently been arrested for internet fraud before. The police became involved, but I eventually got my money back along with some other collectors.

I recently ran across them, and it looks like they have really turned their life around and I couldn’t be happier for them. Also, let it be a lesson. Sometimes bad things happen, but it’s ultimately a push in the right direction. I went out of my way to find an employee to make sure the clothes were indeed fake. That led me to find my first employee which led to another and so on. So, without that push, I may not have located all these wonderful people.

What do the iconic Spice Girls dolls mean to you, and do you feel as though they have gotten fair recognition in the world of toys?

They mean a lot of different things to me. They are toy replicas of the women I love so much. They are like a time capsule of my childhood and that magical time when the Spice Girls were at their height of fame. As far as recognition goes, I don’t think the real Spice Girls or their dolls ever get enough recognition in any form. Not to mention the world currently needs Girl Power more than ever. 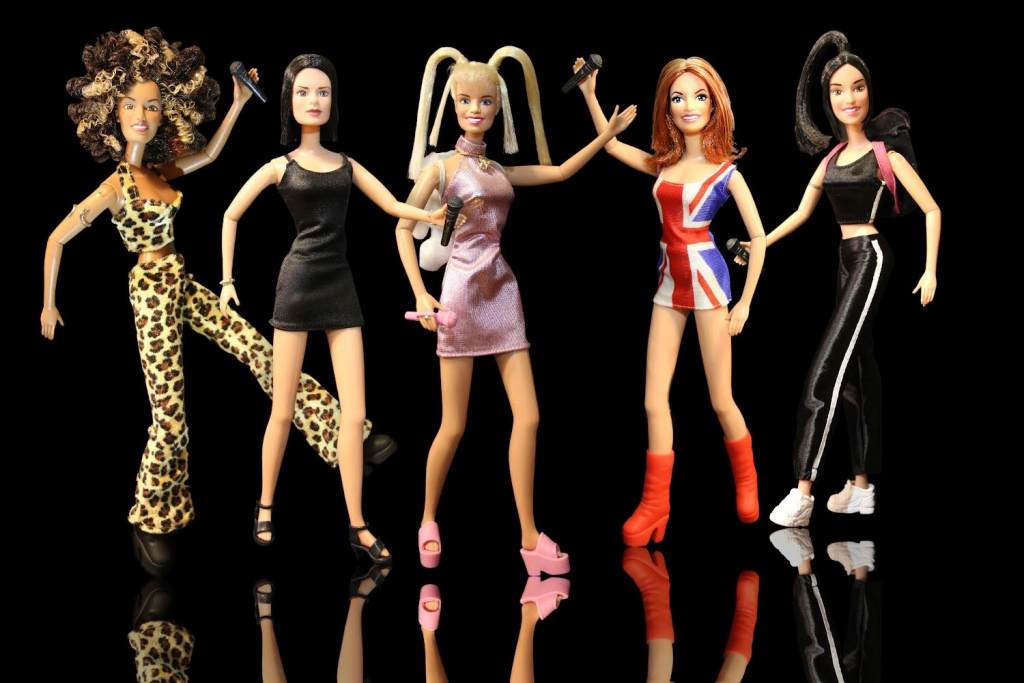 This October, the Spice Girls are celebrating their 25th anniversary. What kind of legacy are you hoping to develop for your iconic collection?

I’m just hoping to find everything I can related to creating the dolls, along with finding anyone else who worked on them. I don’t want these dolls to sell or to brag to other collectors. I’m trying to find all these items so they are safe and kept together. I really hope that one day there is a permanent Spice Girls museum that I can donate all of it to.

You’re working to get the Spice Girls dolls inducted into the National Toy Hall of Fame. Tell our audience a little bit about that process and what they can do to help in that effort.

Yes! They can follow this link to nominate a toy for the National Toy Hall of Fame.

It takes just a few minutes to do and anyone in the world can help me with this. Nominations end on July 31, 2022.

I know there are plenty of toys that haven’t been entered that people would say are more deserving. I’m not trying to argue that, but I know now is the time for the Spice Girls dolls to be entered. It would add to the Spice Girls legacy and introduce children to them.

Aside from leading new people to great pop music, I think the Spice Girls represent so many wonderful things like equality, equity, and how strong women are. Even Ginger leaving the group shows that sometimes you must do what’s best for you.

Most importantly, they show you the results of how important it is to believe in yourself even when nobody else does. Aside from all of that, I just want it to represent the people who worked on the dolls at Galoob. Anyone who works behind the scenes in toys never gets the appreciation they deserve.

I hope Spice fans everywhere take the time to nominate them even if they do not like the dolls. This may have started with me, but it can’t happen without all of you. 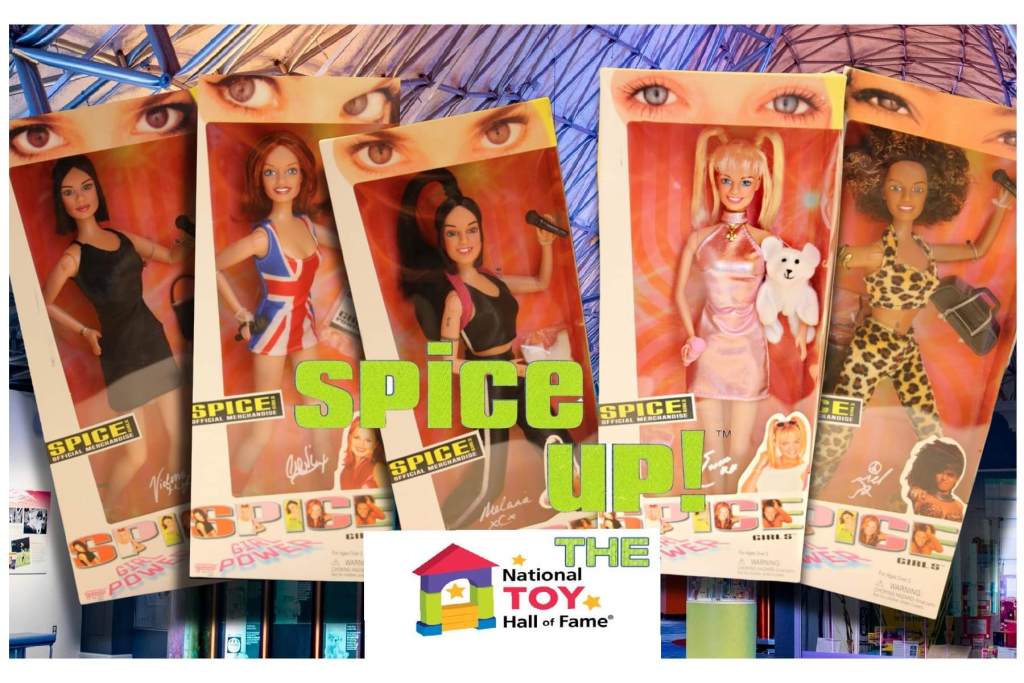 How can our audience follow you and stay up to date with your collecting?

Is there anything else you would like to touch on?

There are a few things I would like to say. First, I want to thank Ripley’s for helping me with this. I’ve been turned away by so many magazines and websites. Also, thank you for not asking how much money I’ve spent. I never liked being asked that because I collect for the joy it brings me.

Second, I know I’ve done nothing but talk about myself. That’s not what any of this is about though. I’ve had to talk about myself to bring attention to the dolls. If anything is to be taken away from me, I hope it’s that it’s ok for boys to have dolls. Gender should have never had a place in toys. They should be for everyone no matter how they identify, no matter the color of their skin, no matter their age.

Third, I want to thank everyone who worked behind the scenes with the real Spice Girls that I’ve made contact with and to everyone who worked on the dolls, for being part of something that has brought me and so many others endless happiness all over the world. If I fail at this, I hope you know how hard I tried. None of you asked me to do this; I did it out of my love and appreciation for each of you and the Spice Girls. I never feel like I’m enough, but I hope just this once I have been.

Lastly, my thanks to the Spice Girls themselves (on the slim chance any of them see this). I was 11 years old when I found the five of you on TV in the desert. You swore that you would “give me everything, all that joy could bring,” and all I had to do was promise to be there. It is a promise I will never break; my love and support as a fan will always be there. Thank you for showing me and so many others that it is okay to be who we want to be.