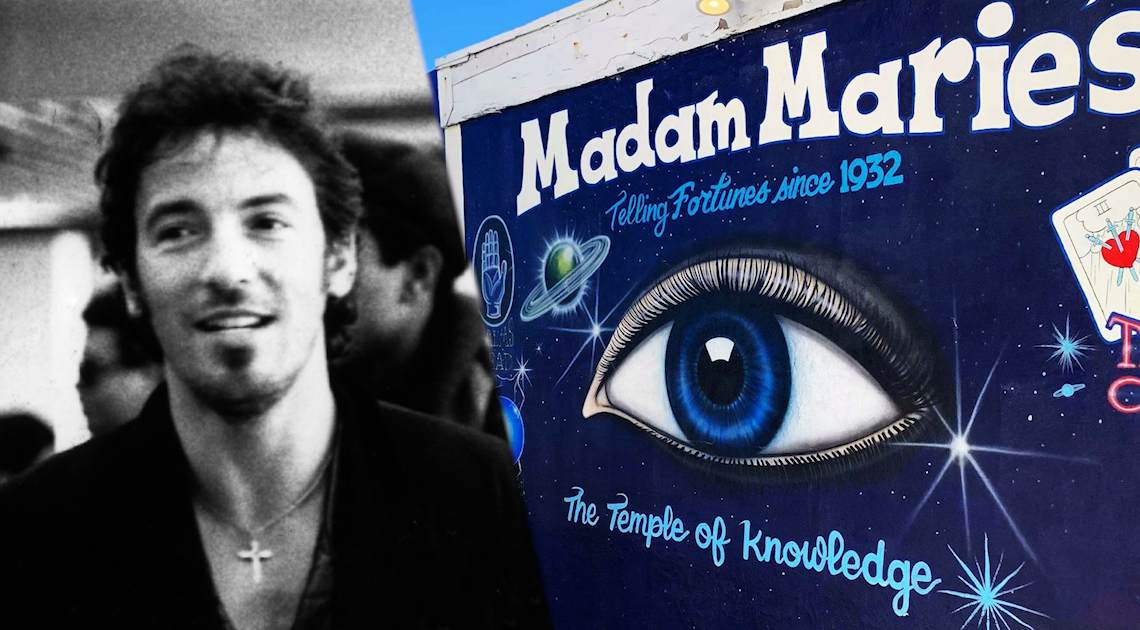 “Did you hear the cops finally busted Madame Marie for tellin’ fortunes better than they do?”—Bruce Springsteen, 4th of July, Asbury Park (Sandy).

It was with the above lyric in Bruce Springsteen and the E Street Band’s 1973 hit, colloquially nicknamed “Sandy,” that Marie Castello became forever immortalized in the rock and roll zeitgeist. Castello is best known as psychic medium Madame Marie, the proprietor of what came to be known among Jersey Shore locals as the Temple of Knowledge for eight decades on the Asbury Park boardwalk. 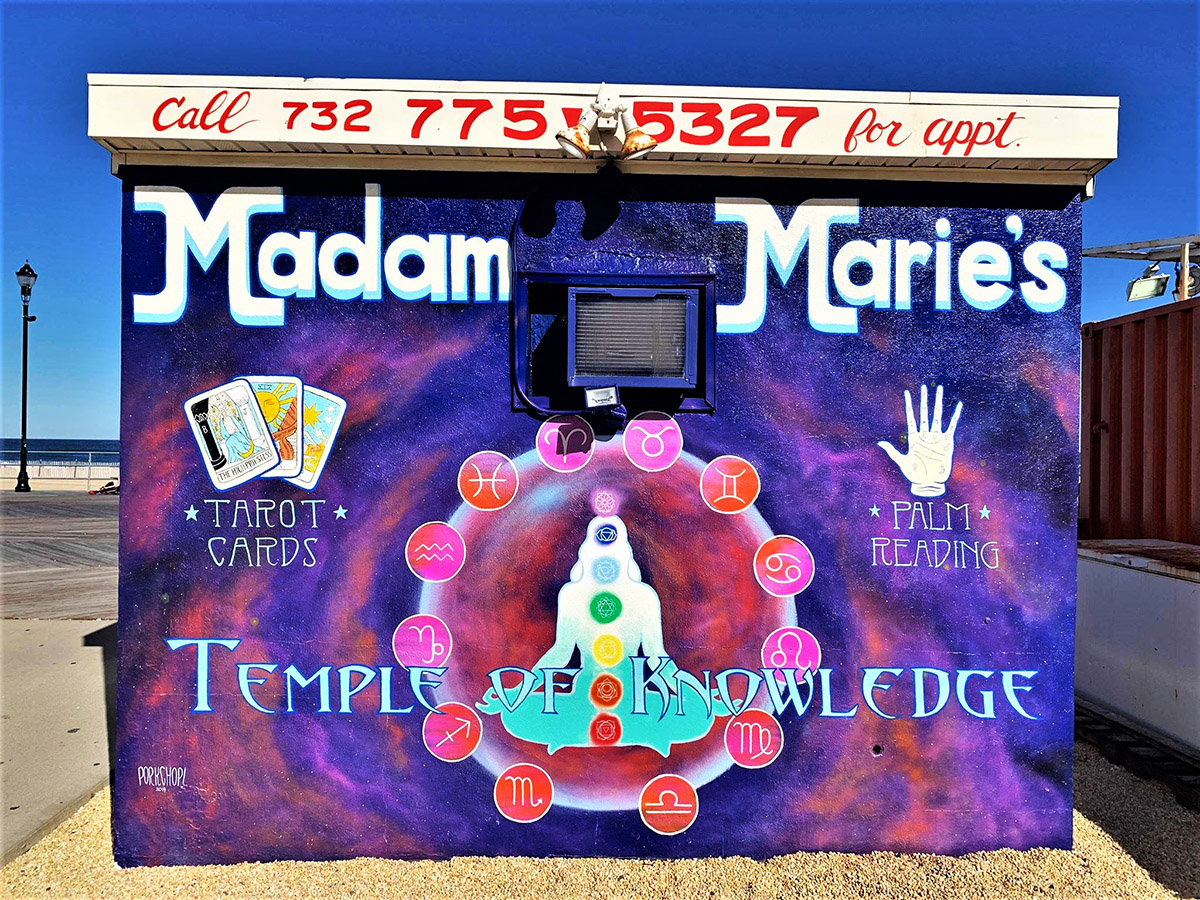 Born in Asbury Park in 1915, the “Gypsy Queen of the Boardwalk” first got her start in 1932 as a teenage clairvoyant in the midst of the Great Depression, a time when more people than ever wanted to see where their future was headed. Self-professedly possessing the gift since the age of nine, it was at her tiny twelve foot by twelve-foot hut telling fortunes and providing psychic readings to generation-after-generation of shoobies and beach bums alike that Madame Marie first became acquainted with a young Bruce Springsteen.

It was the mid-sixties and the future Boss himself was a seventeen-year-old aspiring guitarist, set up outside of the venerable Madame Marie’s stall. These street performances outside of the Temple of Knowledge led to a friendship between the sibyl and the busking Boss, where Springsteen’s signature folksy reverence for the mystic, intangible wonders of life was no doubt emboldened. According to Springsteen, Madame Marie even prophetically predicted his own future fame within the music industry.

“Back in the day when I was a fixture on the Asbury Park boardwalk, I’d often stop and talk to Madame Marie as she sat on her folding chair outside the Temple of Knowledge. I’d sit across from her on the metal guardrail bordering the beach, and watched as she led the daytrippers into the small back room where she would unlock a few of the mysteries of their future. She always told me mine looked pretty good—she was right.”—Bruce Springsteen.

Bruce Springsteen was not the only celebrity to rub elbows and have palms read by the perennially popular prognosticator. Celebrities on-loan at the nearby Asbury Park Convention Hall who stopped by the oracle’s cabana to get love, life, and tarot card readings include musical megastars such as Elton John, Ray Charles, The Rolling Stones, and KISS, Wizard of Oz star Judy Garland, director Woody Allen and frequent collaborator, actress Diane Keaton, actors Danny DeVito and Matt Dillon, the barrier-breaking Diahann Carroll, golden-age Hollywood stars Perry Como and Vic Damone, and professional wrestling star and New Jersey native Gorilla Monsoon. 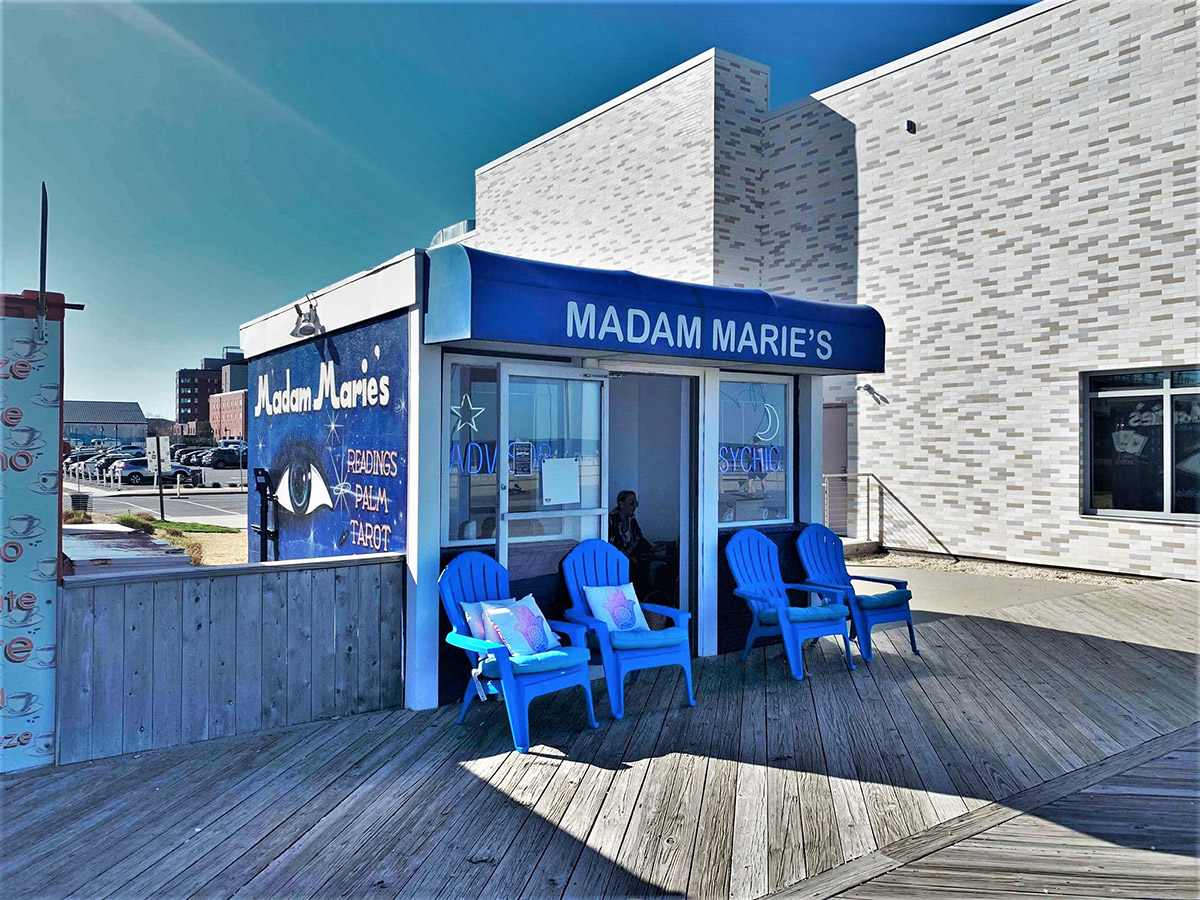 Madame Marie would continue to be a regular fixture at her boardwalk stand until her death in 2008 at the age of 93, the longest-running tenant in the Asbury Park Boardwalk’s century-and-a-half history.

Maybe Madame Marie put a spell on Springsteen, because he never forgot her and always stopped by to say hello whenever he was in town. Upon her passing, the Boss would go on to eulogize her before dedicating his July 4th, 2008 performance of 4th of July, Asbury Park (Sandy) to Madame Marie.

“There’s enough mystery lost in the world, we need all the fortune-tellers we can get. So tonight we’re gonna send this one out to Madame Marie.”—Bruce Springsteen.

Today, Asbury Park has reinvented itself as a premier family destination. The shop still stands sentinel, situated on the boardwalk and keeping watch over the waterfront just outside the shadow of the Asbury Park Convention Hall. Covered in psychedelic murals, the Temple of Knowledge stands in the exact same location since Madame Marie first opened its doors in 1932: squarely in front of the Wonder Bar, with Tillie’s wide-smiling face leering from the backstreets of the booth and a block away from the Stone Pony, the venue that helped launch the careers of both Bruce Springsteen and Bon Jovi. 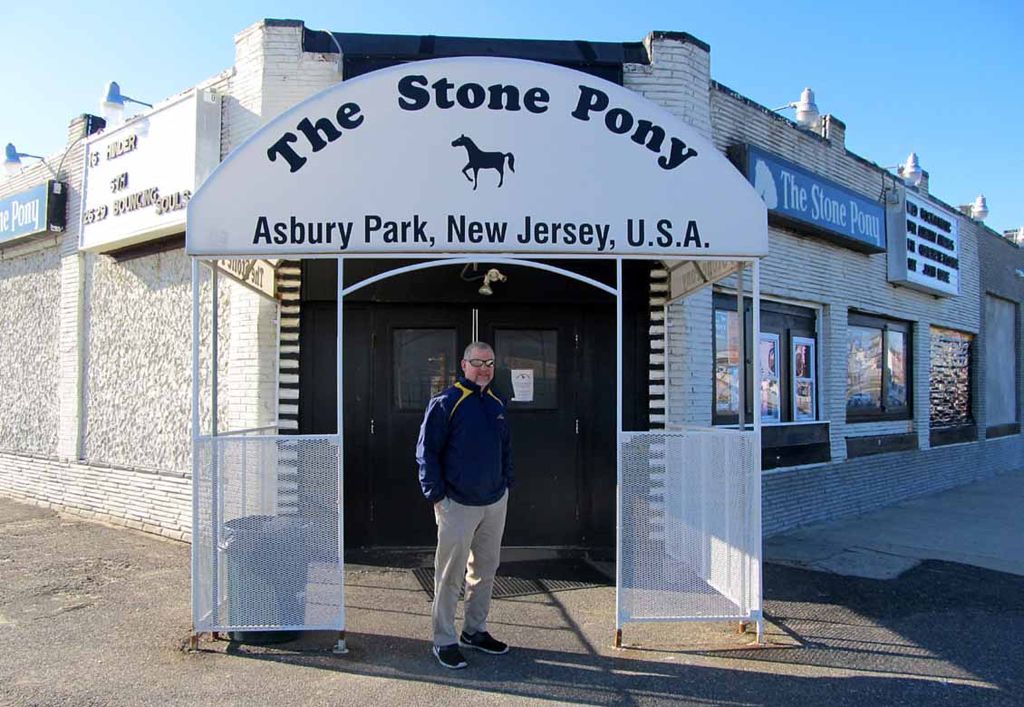 Though Madame Marie is no longer with us, there is life in death as her visionary business venture remains in the family. Ripleys.com was able to sit down with the third-generation fortune-teller and granddaughter of Madame Marie, Dainzie Castello. Born to run the Temple of Knowledge, Dainzie told us a little more about this unusual, passed-down family tradition. Dainzie, her sister, and their children claim to possess the gift of being a conduit of visions from the third eye. That’s a total of five individuals!

Just a short walk from Asbury Park’s burgeoning, bourgeois hipster district, amid the carnival atmosphere of boardwalk games, the smell of fresh pizza and powdery funnel cake, and the ever-present flock of cackling seagulls dive-bombing for spare french fries, the Temple of Knowledge bares witness to Dainzie’s devotees as they line up outside the wigwam-sized lodge. There, they greet Dainzie with reverence as she carries out her grandmother’s—now her family’s—legacy of soothsaying.

“I tell you a little bit about past, present, and future. Whatever I see.”—Dainzie Castello, granddaughter of Madame Marie.

“He’s a real sweetheart,” Dainzie reveals about Bruce, “a real Jersey guy. He never lost his ties to home. Even when he was walking around the boardwalk, you could feel that energy. He would play his guitar and he would put out the little bucket and people would throw him money. My grandmother used to throw him out because he was a little roughneck. And one day he said, ‘am I going to be successful? Am I going to be something?’ And she said, ‘one day you’re going to be the Boss.’ I think it was just to shut him up, really. Bruce Springsteen made her famous and he feels like she blessed him with that name and made him famous. So they fed off each other. They were very good together.” 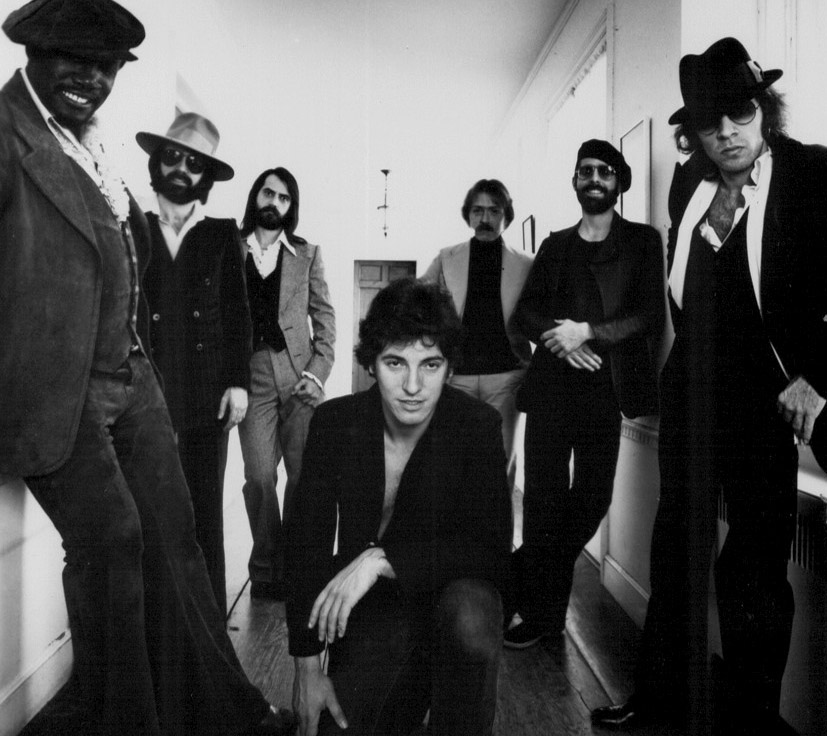 So far as Madame Marie’s inclusion in the song is concerned: “It was a surprise. She really got a kick out of it.”

When asked about Madame Marie’s abilities, Dainzie tells us,“She was a life coach when people didn’t know what a life coach was. It’s not occult or witchcraft. It’s nothing like that. It’s a gift. A psychic gift. It’s something that we were born with.”

When it comes to the lives of the individuals she reads, Dainzie tells us that “everybody’s life is interesting.” The augur then told us that the portents for Ripley’s were looking “very good.”

“Sandy,” as the nostalgic love ballad is best known, is a wistful, romanticized look back into the rearview mirror of the endless glory days of youthful summers. Springsteen’s song remains an enduring love note not only to the eponymous Sandy, but it captures the timeless spirit and culture of the boardwalks of the Jersey Shore, which wouldn’t be themselves without quirky characters such as Madame Marie and her everlasting Temple of Knowledge.

Kris Levin is a traveling storyteller, professional wrestling referee, and everybody’s favorite nephew. He can be seen internationally on IMPACT Wrestling as their most junior official, #KidRef, and on social media at @RefKrisLevin