Ripley’s Believe It or Not! boasts a plethora of weird collections, from belt buckles to chicken and turkey wishbones, even USED bed pans! However, today’s might be our strangest collection yet!

Last episode we slipped into the ancient custom of Chinese foot binding, taking a closer look at elaborately decorated lily slippers and discovering the ancient custom’s harsh reality. Now, let’s lighten the mood and unbox one of the strangest collections we own!

In 1984, Graham Barker of Perth, Australia started digging lint out of his belly button each day before showering. He carefully stored it in a jar, and, unsure as to what exactly to do with it, it slowly began accumulating. Luckily, in 2008 Ripley’s held a contest to find the oddest collection Down Under, and, without a doubt, Graham won! He has made it to the top of the list for strangest collections we have ever acquired. 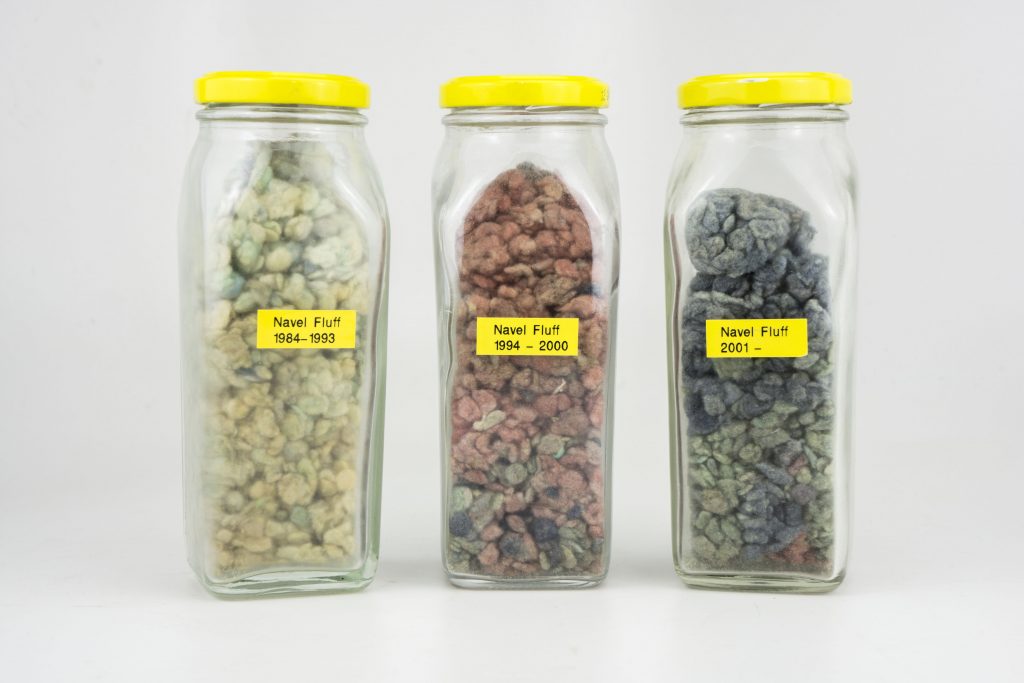 Since his navel awakening, Graham has begun collecting other offbeat items such as his beard clippings and the stickers off of fruit!

Unsurprisingly, there has been very little research on belly button lint in the scientific community (whom refer to it as “navel fluff”). However, thanks to the work of University of Sydney researcher Karl Kruszelnicki we have some answers. Dr. Karl conducted a survey online which led him to the conclusion that navel fluff forms more often in middle-aged, hairy men, especially ones who have recently put on weight.

For this groundbreaking research, Dr. Karl received an Ig Nobel Prize in 2002, an honor awarded to research that “first makes you laugh, and then makes you think.”

Ripley’s also has a small collection of belly button lint from Choith Ramchandani, who attached 12 pieces of lint to a piece of stationary. The note explained that he noticed the lint while taking a bath and wanted to know why it was all the same color, ultimately asking Ripley’s for the answer.

Most navel fluff is blue due to the cotton fibers in our clothing, but it’s comprised of a little more than that—from dead skin to discarded fat molecules, bits of dust and assorted scales and proteins—all of which can affect the coloration. 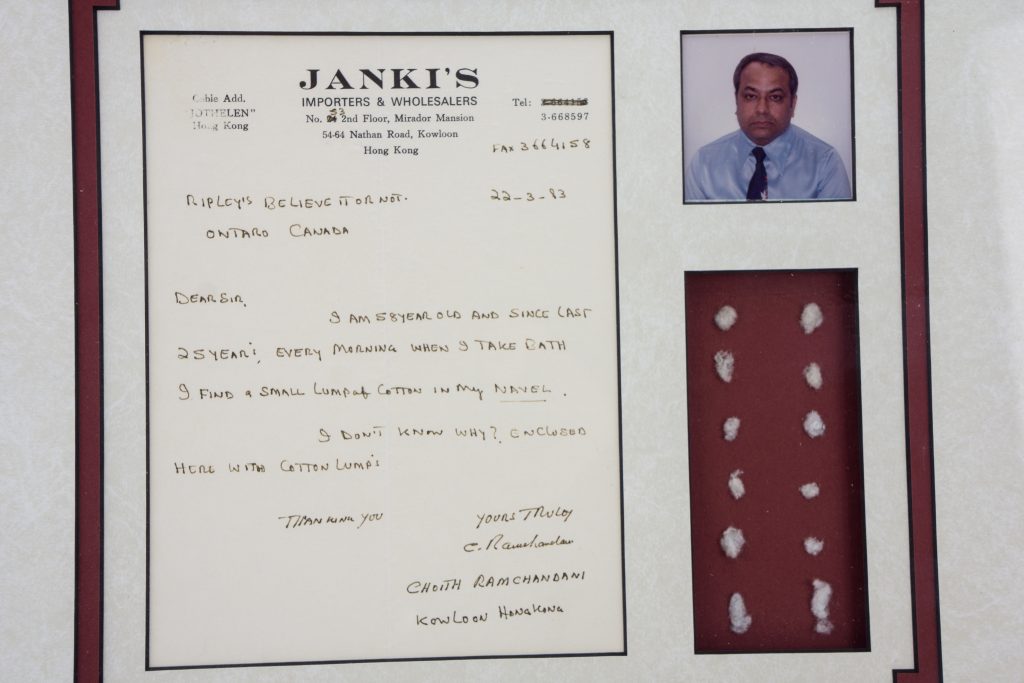 A sampling of navel fluff from Choith Ramchandani submitted to Ripley’s in March 1983. 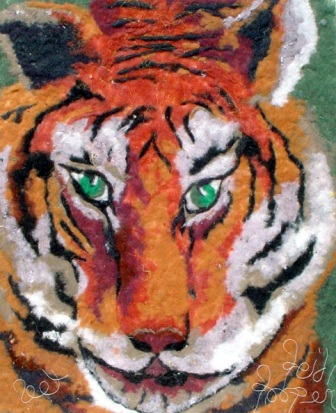 If the thought of collecting belly button lint seems a little unsettling, unhygienic or simply unbelievable, Ripley’s also has a vast collection of art made from dryer lint!

Heidi Hooper of Massachusetts, uses dryer lint to create images of animals. The lint is taken from the cotton fiber in towels, chenille from throw blankets and feathers from down comforters that have been through the dryer. Unfortunately, the lint cannot be dyed to a specific color, as it is basically dust, so it can be a difficult task creating a color palette. Heidi will sometimes buy towels in the colors she wants to make her work a little easier!

Next post Turtle flies through car windshield and survives