For some celebs, a star on the Walk of Fame isn't close enough to the cosmos; they'd rather experience the real thing — space! 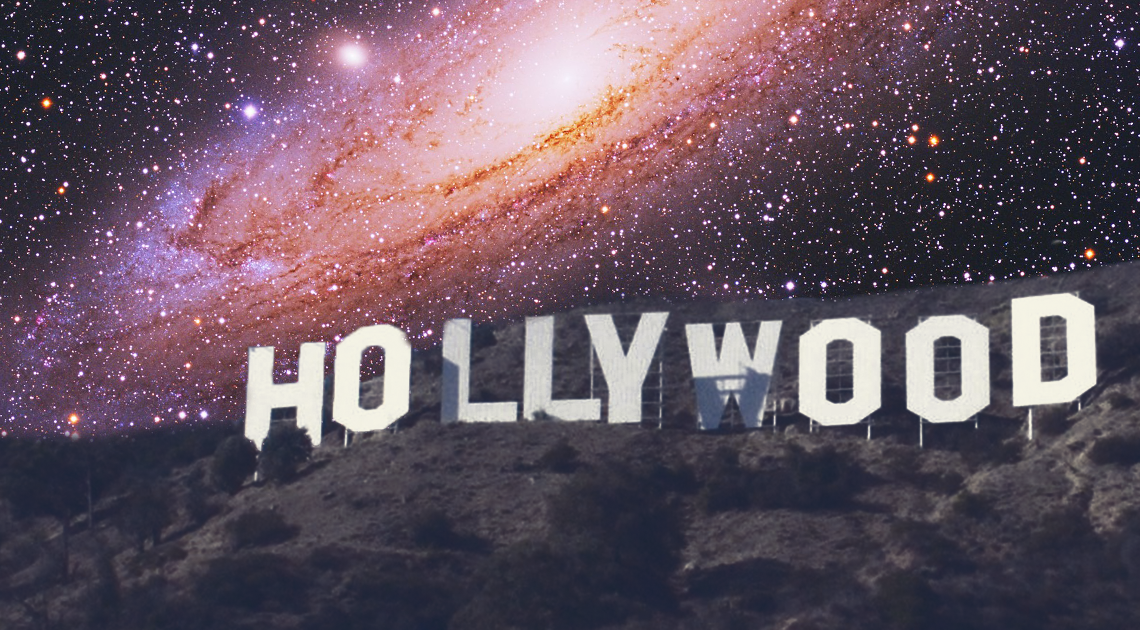 It’s true: celebs like space. Yes, the “no pictures please,” anti-paparazzi type space. However, there are a few famous names that are daring enough to venture into outer space, as well. Prepare for blast off! Below, we find out which of our favorite superstars have gone to space or are on their way there.

Lance Bass’s assistant Lisa Delcampo recently revealed on the Netflix series The Circle that Bass trained to be a cosmonaut. A cosmonaut is essentially an astronaut who completed space training in Russia. Believe It or Not!, Bass even went under the knife to fix his irregular heartbeat so he could qualify for the trip. He was on his way to becoming the youngest person in space.

In August 2002, Bass joined a zero-gravity training flight above Star City, Russia. He was meant to blast off to the International Space Station upon Russia’s Soyuz rock, but plans fell through due to funding issues. It’s been years now, but he still holds out hope that one day he’ll make it beyond Earth’s atmosphere.

Big-time Hollywood film director and producer, Academy Award winner, and creator of the film Titanic is no stranger to pressure change. He once made a record-breaking solo dive over seven miles down to the deepest spot in the entire ocean–the Mariana Trench in the Pacific Ocean. He made the descent in the Deepsea Challenger submarine, which took two hours and continued to explore once there for a few more hours.

As if that wasn’t already an astronomical challenge, Cameron revealed he was planning on shooting a movie at the International Space Station with none other than actor Tom Cruise. He actually had a contract with Russia to go there and shoot a high-end 3D documentary. It never ended up happening, but hey, we wouldn’t put it past this daredevil duo.

You may know him as the puppeteer inside the big yellow feathered suit that took Sesame Street by storm. Although, you probably don’t know that Caroll Spinney (AKA Big Bird) was also asked to join a Challenger mission—a part of NASA’s Space Flight Participation Program, where civilians were invited to participate in space travel to get the public excited about space.

Spinney was asked via letter from NASA to join a mission into space as Big Bird to get the youth interested in the planets, asteroids, constellations, and galactic travel. NASA did have initial conversations around sending Spinney into space with Sesame Street, but ultimately did not go through with it. No one knows exactly why, but some blame it on the size of Big Bird’s 8-foot costume stating it would take up too much room on the shuttle. With that, gravity kept Big Bird grounded on Sesame Street, and he mourned with the rest of the nation at the tragedy that was the Challenger mission.

Space Taxi for the Stars

Enter Virgin Galactic. It’s a space tourism company founded by British aerospace entrepreneur Richard Branson that will grant paying customers the opportunity to fly into space. Tickets don’t come cheap to board what was originally called “One Small Step.” Some celebs have been willing to pay $750,000 for one of the more expensive Virgin Galactic flights.

Actor Leonardo DiCaprio bought his seat onboard Virgin Galactic back in 2013. Eight years and some major technical delays later, takeoff has been rumored to be set for 2022. The original list of passengers included Ashton Kutcher, Angelina Jolie, Tom Hanks, Brad Pitt, and Katy Perry. A few have opted out due to the test run crash in 2014. We’ll see which of these celebs are still brave enough to hop aboard. With that roster of names, we’d absolutely need a reality TV show stat.

Bieber’s got space fever. The Biebs is another celebrity alongside DiCaprio to claim his ticket for Virgin Galactic’s new process of travelers, known as “One Giant Leap.” He’s also said that he’s dreamt of filming a music video in outer space. He better hope his cameramen can defy the odds of zero gravity!

Singer Rihanna has expressed her love for space since she was a young girl. It’s been reported that she believes in aliens and UFOs. She’s on the Virgin Galactic waiting list in hopes of hunting down some green Martians herself on this star-studded spaceship. Guess Area 51 was too amateur for this pop queen!

Whether it’s Mars or the Moon, celebs are just like us—explorers, adventurers, and thrill-seekers. Maybe one day you’ll be able to take part in civilian space travel yourself!