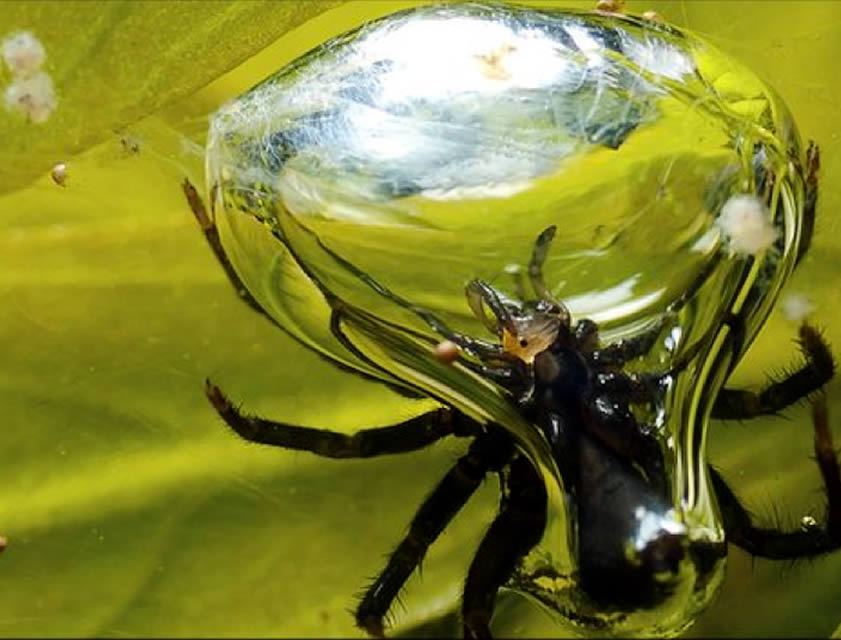 Do you struggle with arachnophobia? Do you feel at ease in the water knowing that spiders can’t get to you there?

Well you must not be familiar with the diving bell spider, a species of spider that spends the majority of its life underwater!

Yes it’s true; there is such a thing as an underwater spider!

How Do They Do It?

This bubble can last them quite a long time because they can use it to extract oxygen from the water around them and disperse the carbon dioxide back, acting like a gill. This fascinating arthropod, also known as the water spider, is quite similar to other spiders in that it breaths air, although it does it in a much more creative way.

These spiders spin a web cocoon of silk which they then fill up with air creating a bubble that they can take with them underwater. And due to a mostly sedentary life this spider is able to make the most of its oxygen only needing to come up about once a day or even less to replenish its air supply.

This water spider, found in ponds of Northern and Central Europe as well as parts of Asia, is the only known spider to spend its life entirely underwater.

It does common spider tasks underwater like mating and laying eggs, and using its silk threads it can even set traps for unsuspecting prey being alerted as soon as something touches the threads so it can dash out to deliver a paralyzing bite with its venomous fangs! 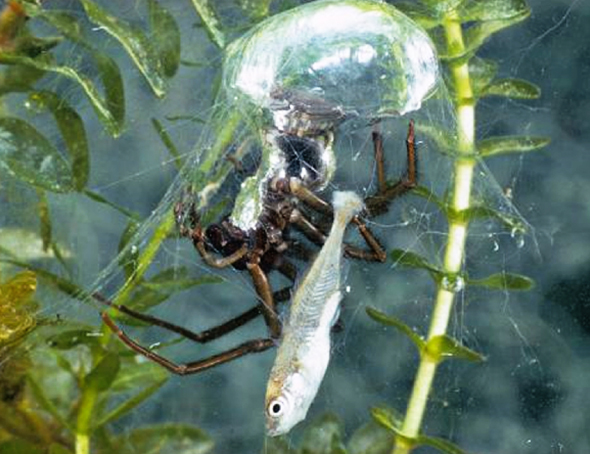 Humans have derived several contraptions that allow us to breathe underwater for periods of time, but unlike the diving bell, we haven’t quite figured out how to do this during long winters or to support our everyday life. Perhaps we have a little something to learn from this amazing spider.