You wouldn't want to get stuck at this railroad crossing. 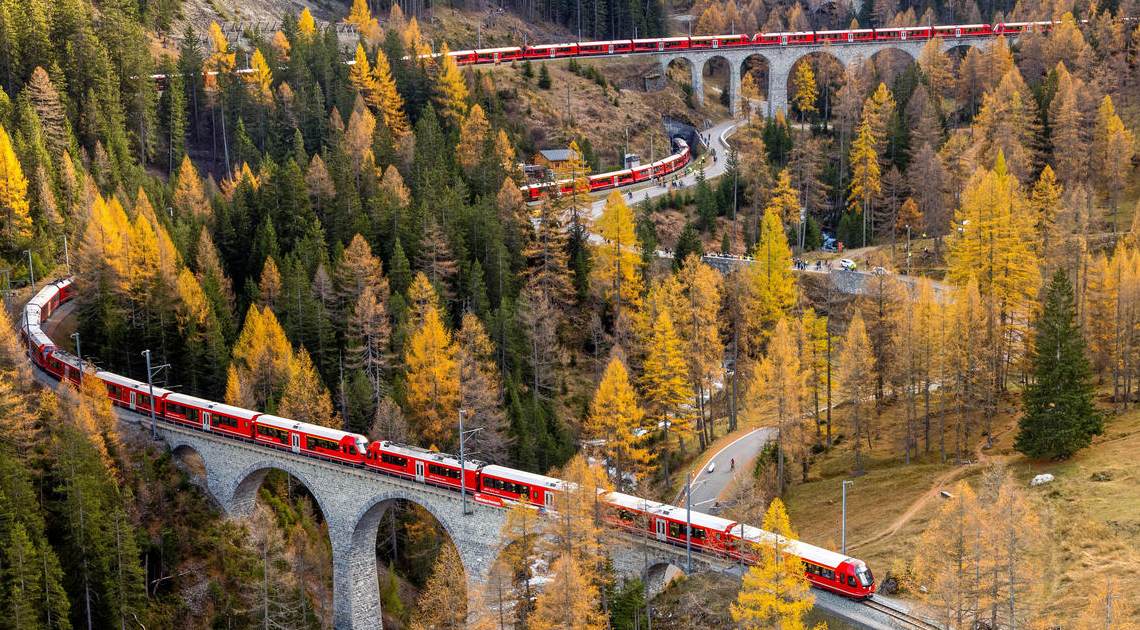 The Swiss have commemorated the 175th anniversary of their first railway by launching a record-breaking 1.2-mile-long passenger train consisting of 100 cars.

Weighing 2,990 tons, the extra-long train was comprised of 25 smaller “Capricorn” electric trains, traveled approximately 15 miles from Preda to Alvaneu along a UNESCO World Heritage route in eastern Switzerland on October 29, according to CNN. The area is renowned for its plunging hills, switchbacks, viaducts, and tunnels.

During the hour-long excursion, the train descended from 5,866 feet above sea level in Preda about 30 miles from Italy’s border to 3,279 feet at Alavneu. The route is slightly treacherous due to its sharp curves, 22 tunnels, 48 bridges, and narrow-gauge construction.

Belgium and the Dutch previously held the longest passenger train record but did so by operating their trains on standard-gauge railways on level landscapes. In contrast, the Swiss train traveled on a narrow-gauge railway in which the rails were spaced just 3.3 feet apart as opposed to the standard gauge of 4 feet 8.5 inches. 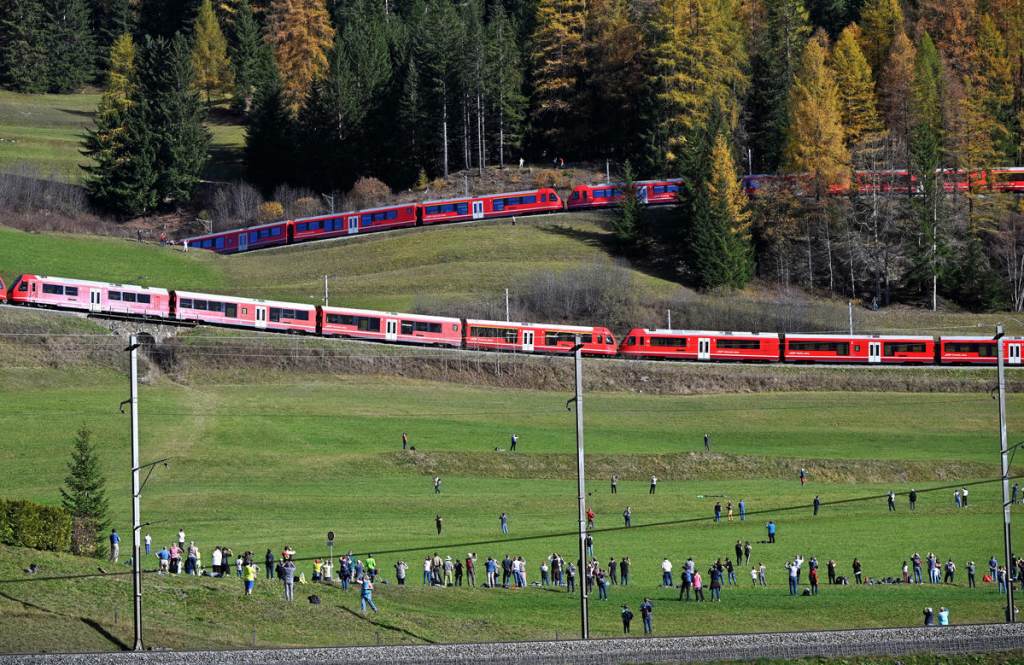 Switzerland’s record-breaking display was spearheaded by the Swiss transport company, Rhaetische Bahn, otherwise known as Rhaetian Railway or RhB. Head driver Andreas Kramer told CNN that the terrain and type of track necessitated special focus among its seven operators and 21 technicians: “We need to be 100% synchronized, every second. Everyone has to keep their speed and other systems under control at all times.”

Those involved in its operation used software and an intercom system to stay in sync throughout the journey. Had there been any fluctuation in acceleration or deceleration, it could have led to high forces on the track and power supplies, a recipe for disaster. The train traveled just 22 mph to avoid power grid overload. It also featured additional control cables for safety.

Rail transportation is popular among the Swiss, who on average travel 1,522 miles on trains annually. In 2021, 880,000 passengers used 11,260 trains every day to travel on the country’s 2,029-mile-long system of tracks. The country also has private railways, creating a rail network of 3,293 miles.

However, ridership in Switzerland dropped 30 percent during the pandemic, according to EuroNews. Organizers hope the publicity from this record-breaking event will encourage people to consider train travel.