He raised a million dollars for charity before he was 20.

Ripley’s Odditoriums are filled with the odd, unusual, and interesting. We’ve got shrunken heads, Marilyn Monroe’s dress, bibles that have been to the moon, along with an expansive collection of art.

Tapping into a bottomless well of potential in the artists we encounter all over the world, we’ve collected dresses made out of candy, sculptures made out of car parts, landscapes painted with sunlight, and anything else creators from around the globe can think of.

We are constantly looking for submissions or artists that can express the odd and unbelievable. If someone wants to build the Millennium Falcon out of matchsticks or render an angel on burnt toast, we want to see it and we want to put it on display for the rest of the world to enjoy.

One of the many talented artists featured in our recent Odd is Art book is Jeff Hanson of Overland Park, Kansas. While the skill, care, and love he endows his paintings with are apparent, it was his story that piqued our interest. 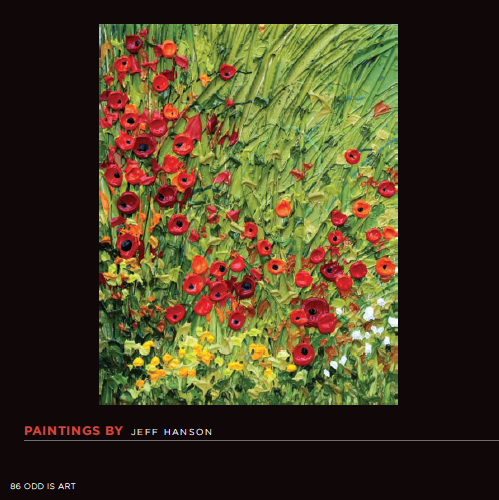 Hanson has been visually impaired since childhood. Suffering from neurofibromatosis and an optic chiasm tumor, it’s the texture of his art that makes it truly unique. He has a severe vision impairment making him legally blind. At the age of 12, he found himself sitting with ample free time while undergoing rigorous chemotherapy sessions. To pass the time he began painting with watercolors on notecards.

His mother couldn’t stand throwing his drawings away, so she began using them as “thank you” cards at the hospital. Interest in his art quickly emerged. Hanson has since gone into overdrive, producing various paintings and selling them for as much as $20,000 to celebrities like Warren Buffet and Elton John.

Hanson has a difficult time seeing his canvas and colors, at times is barely capable of telling the shades apart. To help himself, he’s made the works incredibly textured. He typical slathers a painting with a rubbery substance before painting, then fills in the crevasses and valleys with different colors. When he wants to mix it up, he’ll pull strips of rope or canvas through his paintings before coloring and carefully arranging them. 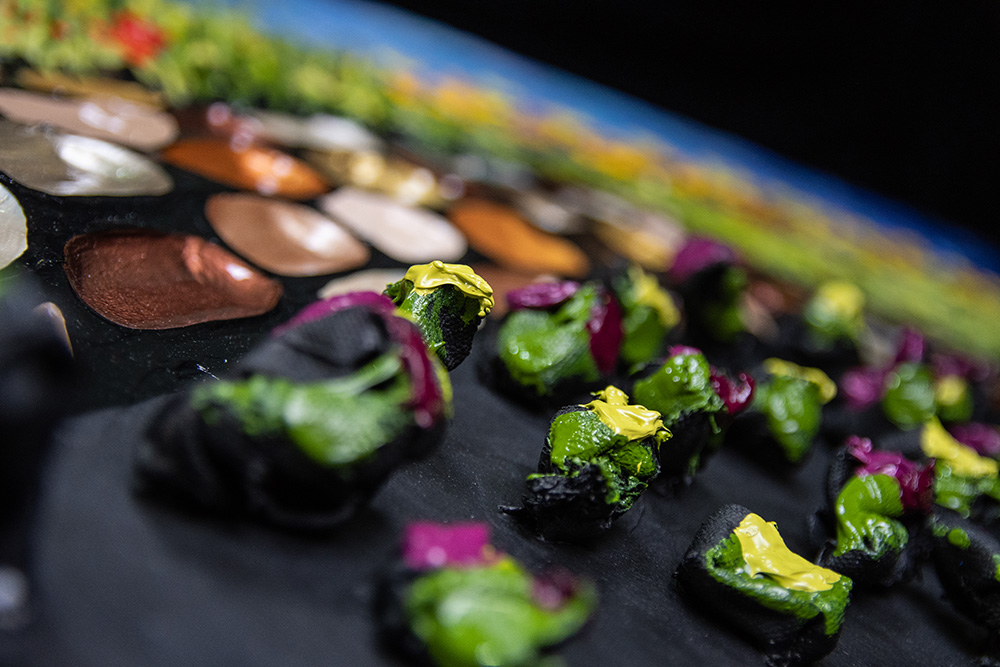 Despite his physical challenges, Hanson doesn’t just subsist on his art, but actively works to raise as much money as he can for nonprofit organizations. To date, he’s generated more than $3 million with his art, and plans to raise $10 million by the time he’s 30.

“Every act of kindness helps create kinder communities, more compassionate nations and abetter world for all… even one painting at a time.”—Jeff Hanson

Want to get your hands dirty? Flex your own artistic muscles and enter Deviant Art’s Unconventional Art Contest. You can win a trip for two to Orlando to join the Ripley Art team for a day—not to mention a slew of other exclusive prizes like a trip to LA and a chance for your work to be featured in Ripley’s Believe It or Not!

It’s easy: create some Odd Art inspired by our book, Odd Is Art. Using a mix of materials is encouraged. Ripley artists have used everything from duct tape to gunpowder—and stories like Jeff’s are also unbelievable! Just embrace the odd and create!