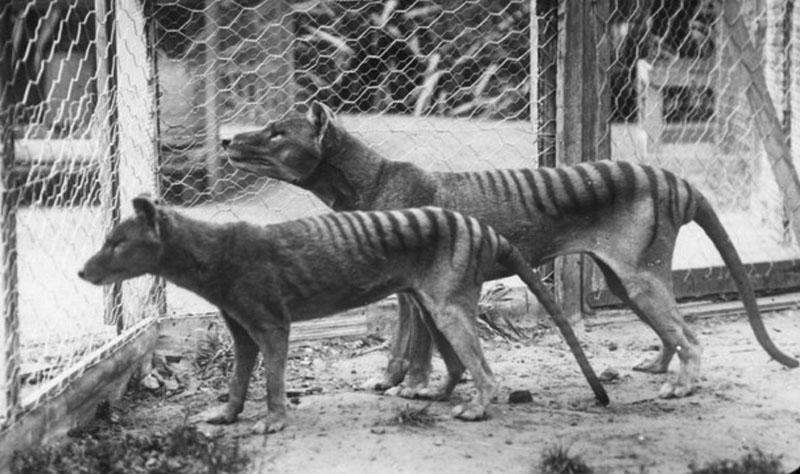 The Tasmanian tiger, or Thylacine, was the apex predator of Australia for a time, native to the islands of Tasmania and New Guinea, as well as the mainland. Despite being discovered by the British when they arrived to settle Australia and being taken into captivity, the Tasmanian tiger is incredibly mysterious and wasn’t well studied before going extinct.

A pouch-laden marsupial like the kangaroo, Tasmanian tigers are a little backward—literally. Their pouch opened from the back instead of the front and appeared on both male and female tigers. It got its name from the stripes along its back, though it is entirely unrelated to ordinary tigers.

Though the species was discovered in 1808, it seems that the poor Tasmanian tiger was already struggling to survive. It had become near-extinct everywhere but Tasmania by this time. Adapted to survive in the food-scarce jungles, these tigers prowled the underbrush eating anything they could get their jaws on, including kangaroos, wombats, bandicoots, and emus. 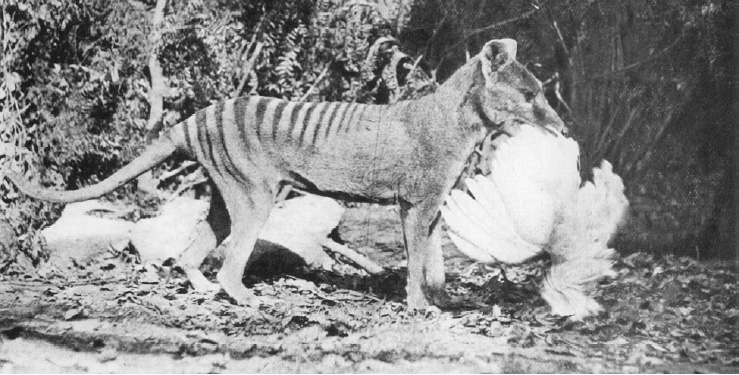 The species proved an immediate threat to the interests of settlers and was superstitiously thought to be a blood drinker, sucking the blood from farmer’s sheep. The added competition of dingoes on the island, as well as the arrival of diseases carried by dogs severely threatened Thylacines. This would-be chupacabra became the target of organized hunts, and possibly a smear campaign that used a staged photo to coerce settlers into pursuing the creatures.

Bounties paying up to £1 per tiger head were issued by the Tasmanian government, and the last wild Thylacine was shot in 1930. 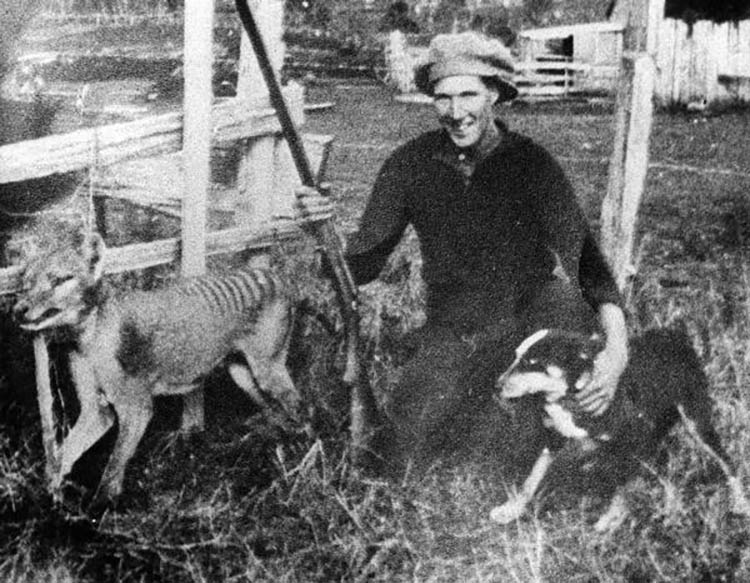 A few of the Tasmanian tigers had been placed in zoos, but they didn’t fare well, getting sick, and sometimes refusing to eat. Only one attempt to breed them in captivity was successful. Transferring the animals to zoos outside the continent was difficult and expensive, and some even ended up in sideshows and traveling menageries.

The last tiger died in captivity at the Hobart Zoo in 1936. Nicknamed “Benjamin,” it is believed he died of neglect, being locked outside of his shelter during swelteringly hot days and freezing cold nights. 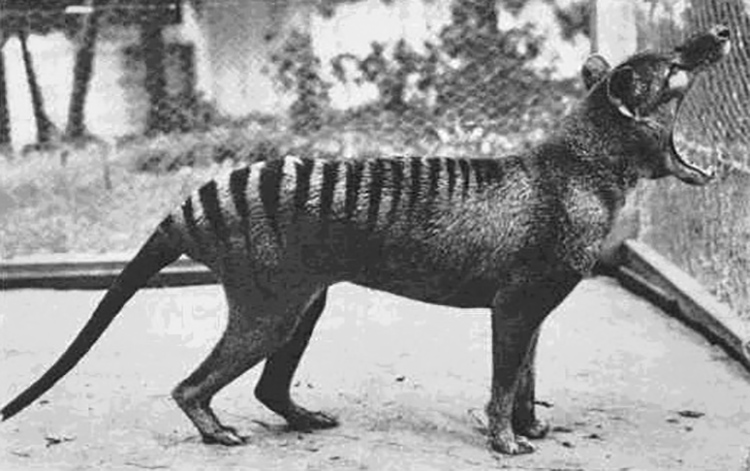 The Hunt for the Ghost Tiger

Though Benjamin is recognized officially as the last Tasmanian tiger, rumors of their presence and unsubstantiated sightings persisted in Tasmania for another 50 years. The hunt for the Tasmanian tiger since its extinction has been almost as fervent as the hunt that led to its destruction.

Now regarded as a cryptid alongside the Loch Ness Monster and Himalayan Yeti, Tasmanian tiger sightings and photos never pass the muster of thorough examination. Media magnate Ted Turner has even offered a $100,000 reward for proof the animal still lives, spurring a generation of hunters searching for an elusive Tasmanian tiger. They continue their search to this day, and “sightings” are reported every year.