When it comes to the human tongue, don’t believe everything you see in a textbook. 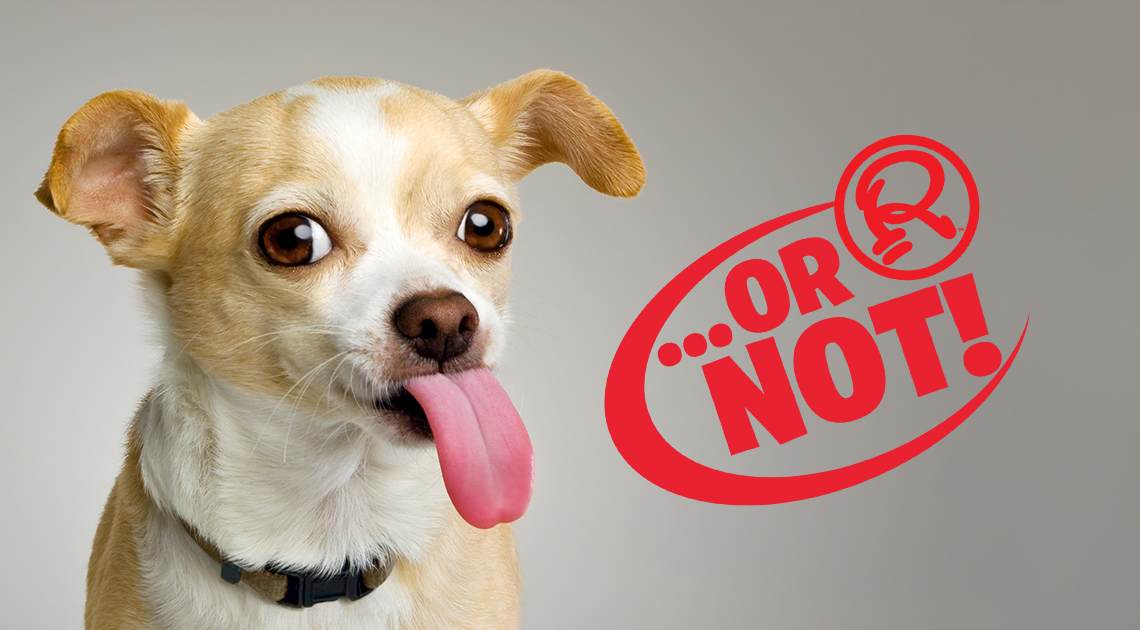 What do you think of when you hear the term “tongue map”? More than likely, you picture that little diagram of the human tongue that you learned about during a biology or human anatomy class in school. The drawing depicts different regions of the tongue distinguished by lines, color, or both. Each of these regions relates to a specific type of flavor. Remember? Salty and sour on the sides, bitter at the back, and sweet at the tip.

This diagram is among the most widely recognized depictions of how the tongue works. But here’s the thing, it’s completely wrong! It represents a myth debunked by chemosensory scientists (the people who study how organs respond to chemical stimuli) a LONG time ago. What’s more, it completely lacks the fifth basic taste, umami.

Here’s the truth when it comes to how the human tongue tastes food, and it’s a lot more complicated than that handy-dandy little diagram.

The tongue map that we all had to memorize in school is the brainchild of the German scientist, David P. Hänig. It first appeared in his 1901 paper, Zur Psychophysik des Geschmackssinnes. The diagram resulted from Hänig’s attempts to measure the thresholds for taste perception around the edges of the tongue. He referred to this area as the “taste belt.” To prove his hypothesis, Hänig dripped stimuli associated with specific tastes in intervals around the edges of his subjects’ tongues.

Based on his findings, Hänig concluded that the edges and tips of the tongue are more sensitive to tastes than the rest of the organ. That’s because these areas contain high concentrations of taste buds, tiny sensory organs. Hänig also measured how long it took subjects to register specific tastes. Then, he created an artistic representation of where humans tasted what. 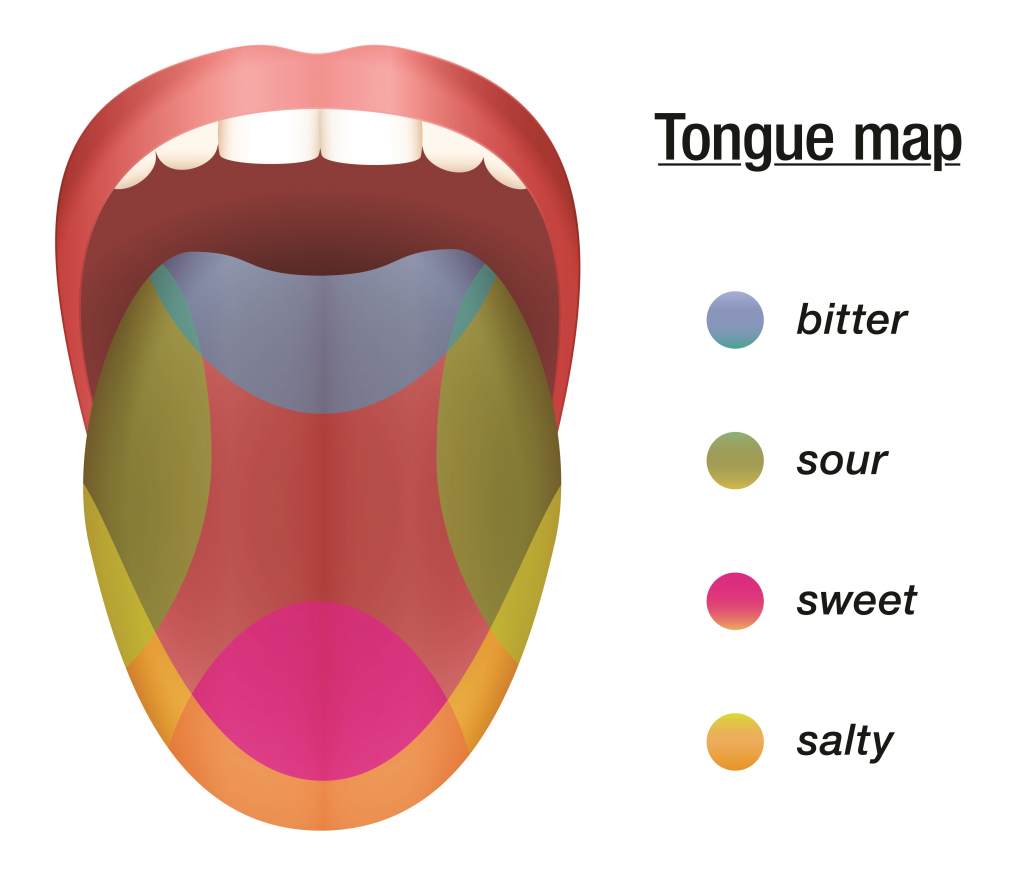 Despite its ubiquity, the tongue map is a farce!

While some of Hänig’s research holds up, there are a couple of fundamental flaws. First, he never tested for the fifth basic taste, umami, which detects savory flavors. Since umami was not officially recognized until 1908 and not widely researched until the 1980s, however, we need to give him a break here. But that’s not where the mistakes stop. Although the diagram he created has a certain artistic flair, it misrepresents his research findings. As a result, he inadvertently implied that different regions of the tongue were responsible for different taste receptors.

Further exacerbating the problem was the appropriation of Hänig’s diagram by Edwin G. Boring, a Harvard psychology professor in the 1940s. He reimagined the graph for his book Sensation and Perception in the History of Experimental Psychology (1942).  Like Hänig’s version, Boring’s had no meaningful scale. As a result, it further contributed to the belief that different regions of the tongue only taste specific flavors.

Countless researchers have since refuted the diagrams made famous by Hänig and Boring. They’ve performed a myriad of experiments proving that the mouth contains many taste buds, from the soft palate, to the tongue, and to the throat. What’s more, neurological studies continue to examine how the tongue sends information to the brain. These studies suggest that individual taste qualities are not restricted to single regions of the appendage.

Two cranial nerves contribute to taste perception. They’re located in different parts of the tongue. The first is the glossopharyngeal nerve, located in the back of the muscle. The second is the chorda tympani branch of the facial nerve in the front. By studying patients who have had their chorda tympani anesthetized or accidentally cut, they’ve discovered that patients can still taste sweet. Even with the tips of their tongue effectively removed from the equation.

Over the past 15 years, molecular biologists have also weighed in on the taste debate. They’ve demonstrated that each type of taste stimulates a specific receptor protein found in taste cells in the mouth, throat, and tongue. While sweet flavors activate the same receptor, bitter foods activate a completely different one. Since these receptors are found on each taste bud, though, it further debunks the idea that only certain areas of your tongue can taste specific flavors. 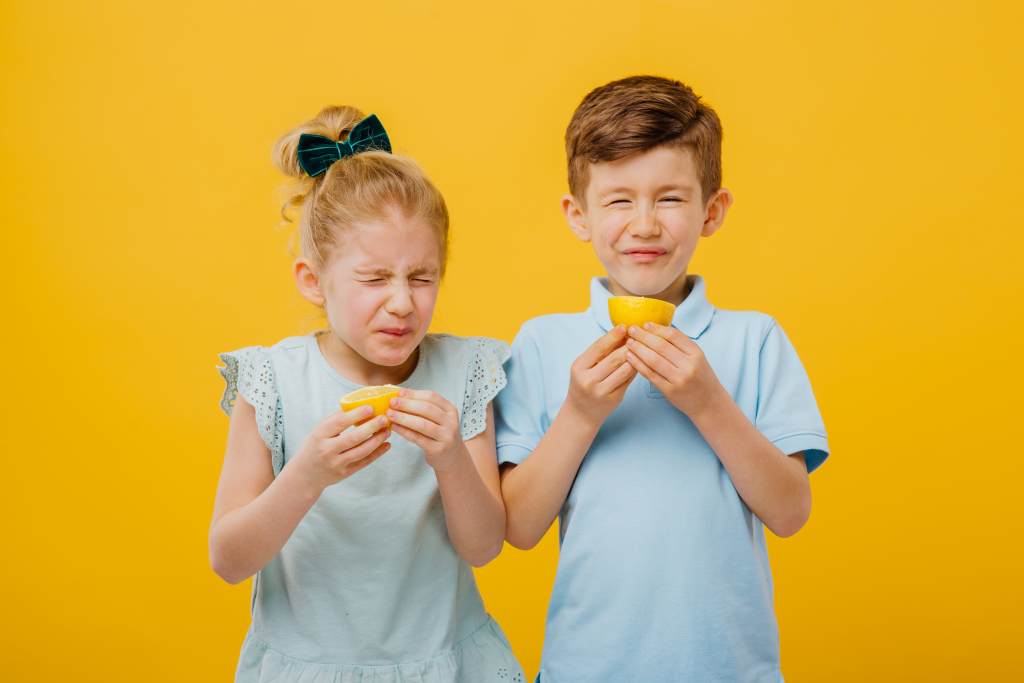 Still don’t believe us? Try touching a lemon or a salted pretzel to the tip of your tongue. But don’t forget to share the photos!

Previous post Where The World's Worst VHS Tapes Ended Up