The goodest boy on the 'gram can hold half a dozen tennis balls in his mouth! 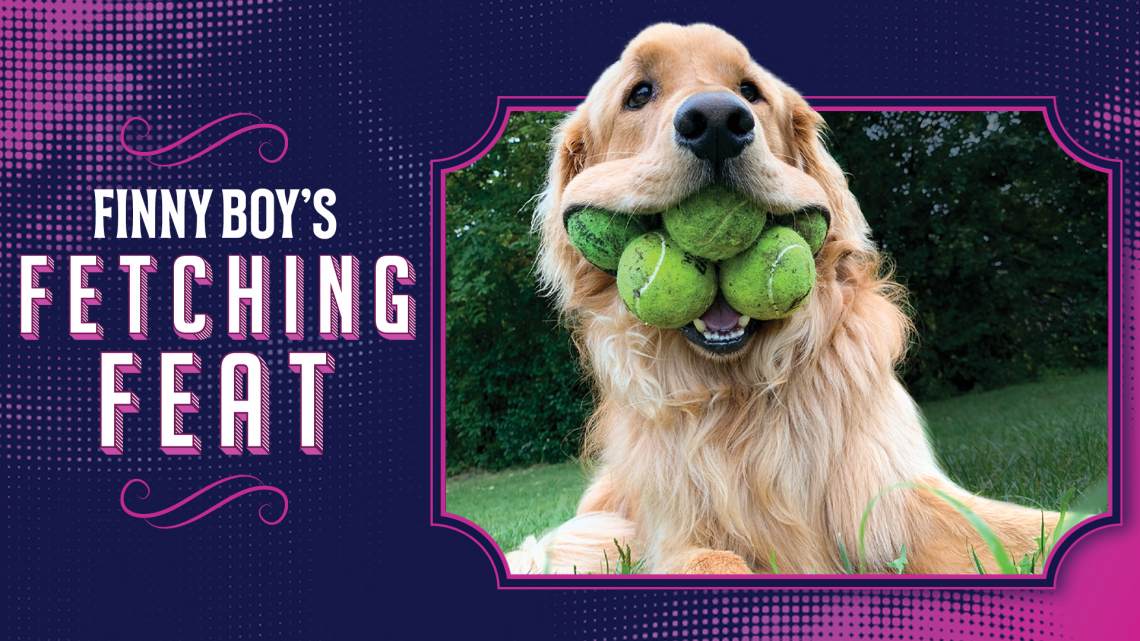 It’s no hidden feat that Golden Retrievers are loyal, cuddly, and intelligent pups, but Finley Molloy has one unbelievable talent that many of his four-legged friends don’t possess. “Finny Boy” can fit a half dozen tennis balls in his mouth without much fuss!

The six-year-old canine lives in Canandaigua in the Finger Lakes region of New York and was adopted by the Molloy family, Cherie, Rob, and Erin, in 2014. His humans started noticing his tendency to pick up several tennis balls at once when he was about two years old. Eventually, he was able to hold six at once, an act that, so far, no other canine has matched!

Erin Molloy, who brought 10-week-old Finley home when she was a senior in college, created an Instagram account in 2018 to showcase the dog’s impressive talent. The profile currently has over 47,500 followers from around the world, including China and Sweden. His fans love seeing photos and videos of Finley posing with his tennis balls and going about his daily routine as the goodest boy on the gram.

“The joy he brings to us is one thing,” Cherie Molloy told the Democrat & Chronicle. “But he brings joy to people all over the world.”

Finley’s technique for this unusual talent is quite simple. Someone throws Finley six balls, and he picks up the first three of four rather quickly. Then he uses his paws to keep the next two in place before placing them between his jaws like a puzzle piece, resulting in his stretched-out looking cheeks. Some balls are only contained by a single tooth! You can tell Finley’s proud of his accomplishment when he vigorously wags his tail once all of them are in place. 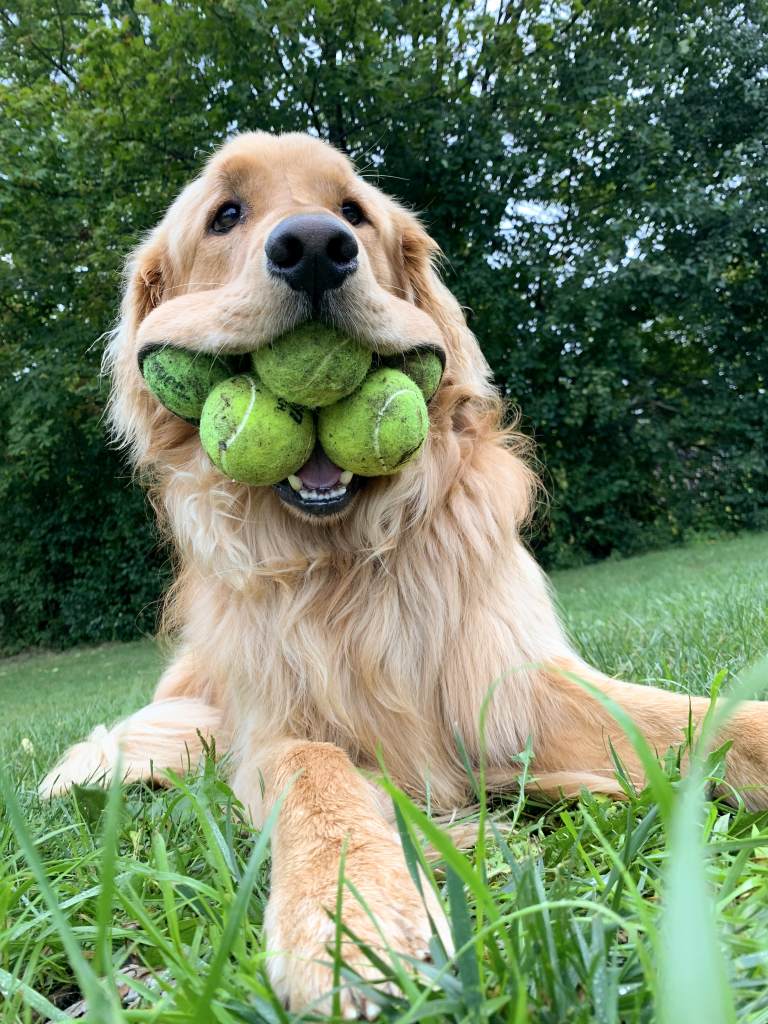 We can chalk up Finley’s talent to good breeding. Golden Retrievers were designed to be bird dogs to hunt waterfowl. They can track wounded game and are very strong swimmers. They’re excellent family pets and are commonly used as service dogs for blind and disabled individuals. They also perform as search and rescue animals.

While Finely loves playing fetch, it’s not his only hobby. One of his favorite activities is swimming in Canandaigua Lake, playing fetch in the water, and dropping the tennis ball next to any nearby kayakers, so they too can join in on the fun.

Finely has stolen a variety of different fetch-worthy balls from his neighbor’s garage–everything from lacrosse to softball! And when humans aren’t available for play, Finley lies on his back with a ball between his paws and drops it into his mouth, all on his own.

“I get walks, swims, carrots, treats galore, every single day,” Finley says on his human sister’s Instagram account. “I am truly the luckiest pup EVER!”

You can find Finley and his totally pawsome tennis ball tricks inside the pages of Ripley’s latest annual, Mind Blown!, now available in stores and on Amazon.