The Texas-Sized Legacy Of America’s Most Famous Bandit, Jesse James

Did Jesse James die in 1882? Did he fake his own death, and live on in the guise of J. Frank Dalton (or someone else)? It was a question not even Robert Ripley could convincingly answer.

When it comes to Texas outlaws, Jesse James was a big shot. Such a big shot, in fact, that even his small gun casts a large shadow. And, from beyond the grave, tales of faked deaths, potential impostors, and a 100-year-old bandit live on in the Lone Star State where tales of the Wild West thrive.

It is in the middle of the Dallas-Fort Worth area at “The Palace,” the nickname for Ripley’s Believe It or Not! Grand Prairie, where Jesse James’ gun is displayed, and where the next Ripley’s Road Trip begins. But it is by no means where the legend of James ends.

Who Was Jesse James?

Born September 5, 1847, in Kearney, Missouri, Jesse Woodson James is known to this day as a bank, stagecoach, and train robber who became an infamous celebrity in the 1870s. But before his professional criminal career began, he was a guerrilla fighter, or bushwacker, for the Confederacy during the Civil War. While he was romanticized for his daring feats, it is worth noting James committed brutal acts against Union soldiers and civilians, including mass murder, scalpings, and dismemberments. 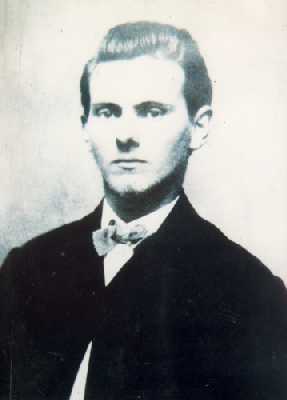 Jesse James’ outlandish reign end came to an end in 1882 when fellow gang member Robert Ford killed him with the shot to the back of the head and collected the $10,000 reward for his capture. He was buried in Kearney, Missouri, not far from his childhood home… or was he? 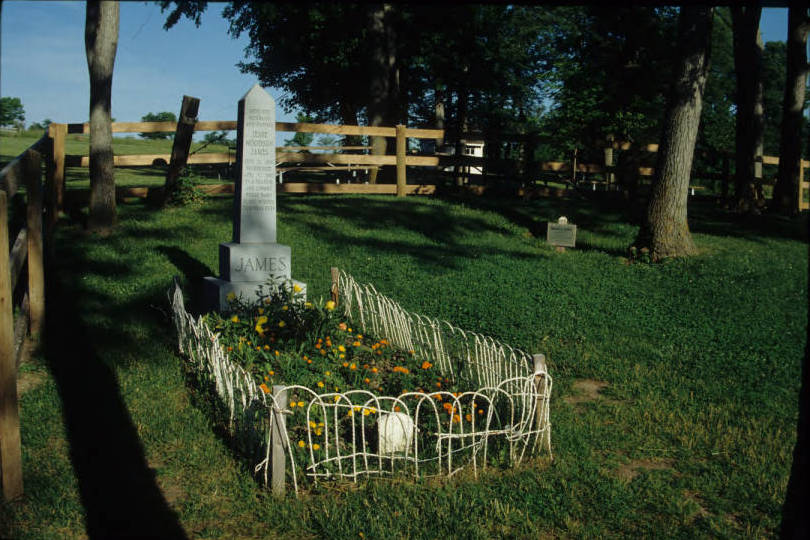 Around 1948, a man emerged claiming to be the 100-year-old Jesse James. His real name was (maybe) J. Frank Dalton. Dalton had previously claimed to be Deputy U.S. Marshal Frank Dalton, but then began telling people he was the outlaw, and eventually, made the rounds publicly as Jesse James. Dalton’s story gained traction; journalist Robert Ruark was convinced, and the Meramec Caverns in Missouri booked Dalton for stunts (to support their own folklore that James had hid out in there).

Based on the physical markings on Dalton’s body (rope burns, badly burned feet, bullet wounds, the missing tip of an index finger), Sheriff Oran C. Baker believed the man was the dime novel character. Moreover, Baker had been meeting with Dalton in the days leading up to his death. In the Hood County News Tablet, in August 1966, Baker wrote that Dalton worked the railroads near Granbury as a younger man and fell in love with a girl. She eventually died, but he wished to return to that area at the end of his days to be buried next to her. Although, if that is so, it would not fit within the known timeline of Jesse James’ criminal activity.

Regardless, in 1983, a granite stone was placed on Dalton’s gravesite in Granbury, Texas, which reads:

The ceremony dedicating the stone was attended by a group of people purporting to be relatives of Jesse James, including Ola Everhard, who thought Dalton was the real deal. As reported by The Los Angeles Times, Everhard claimed she knew “Uncle Jesse” in the 1940s. As James, Dalton made contributions to Missouri governor Thomas Crittenden, she said, which helped the criminal fake his death. James/Dalton instead set up another crook named Charlie Bigelow to stand in for his death, and that is who is buried at the Mount Olivet Cemetery in Kearney, Missouri.

Seeking to put the story of Jesse James impostors to rest, forensic scientists exhumed the Kearney body in 1995 to gather teeth and hair for a mitochondrial DNA analysis against a descendent of James’ sister. The test confirmed the body in Kearney, Missouri, was the real outlaw!

But this analysis wasn’t enough for car salesman/historian Bud Hardcastle. With the support of James’ purported grandsons, Hardcastle sought to exhume the body buried in Granbury, Texas. The effort began in 1996, and in 2000, the court finally approved it.

Yet a grave error occurred. With a crowd of more than a hundred gathered to watch, according to The Oklahoman, two caskets were discovered about three feet under the ground:

“One of the caskets was in a sealed vault, which was unexpected, because records show that the body was buried in a cloth-covered redwood casket. The sealed-vault casket was clearly [under the headstone] marked ‘Jesse James,’ however. The second casket, found about 18 inches away, was wooden, but unmarked.”

Since the sealed casket was the one under the correct headstone, Hardcastle’s anthropologist and crew removed it to a secure area and investigated its contents. “What’s in the box?!” you may be screaming in your best anguished Brad Pitt.

Well, it wasn’t Jesse James. Instead, they discovered the remains of William Henry Holland, a one-armed man who died in 1927. It turns out the gravestone had shifted over time, causing the mix-up.

Because the court order allowed for one exhumation, Dalton was not allowed to be dug up, and Holland was reburied.

As two added Believe It or Not! worthy moments of weirdness, Holland’s birth year was the same as James’ death: 1882. Also, Dalton’s arm, which he lost when he was 13 years old, has its own burial site in the Granbury Cemetery.

The founder of Ripley’s Believe It or Not!, Robert Ripley, was born in 1890, only about eight years after James’ death. At this point, the exploits of the bandit were popularized in cheap dime novels. It is conceivable Ol’ Rip had gotten his curious hands on these; after all, James was not ancient history during Ripley’s life.

So, when Dalton entered the scene, Rip wrote a ton of letters and collected newspaper clippings and other “proof” to determine if the Jesse James story checked out. Ripley was borderline obsessed with reports that James’ death was greatly exaggerated. He ultimately was unconvinced and decided not to write a Believe It or Not! story on this topic.

Ironically, 19 years after Ripley’s death, Jesse James’ gun was added to the Believe It or Not! collection. The small pistol had been discovered under the floorboards of the house in Clay County, which is now a Jesse James museum. 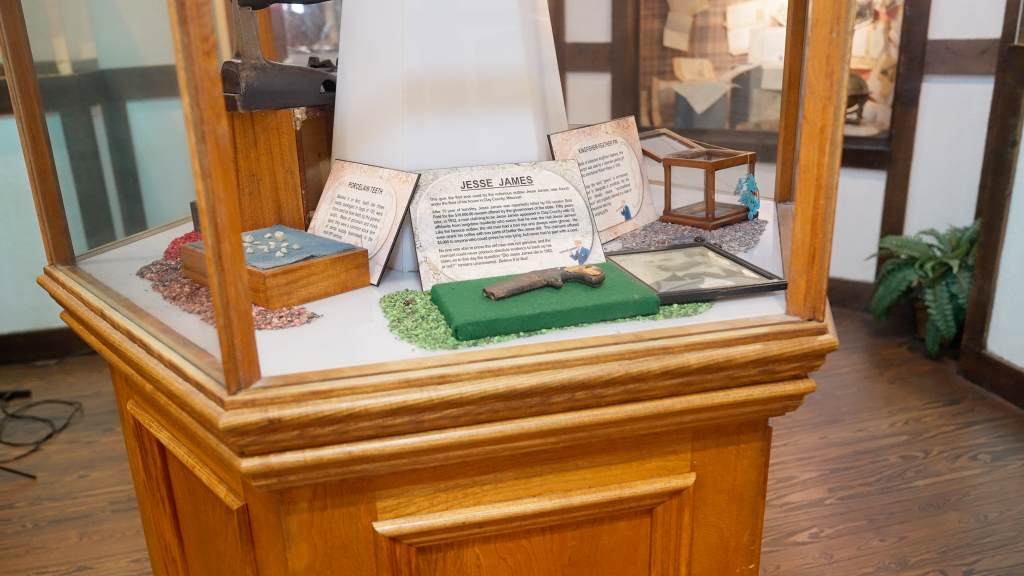 Did Jesse James die in 1882? Did he fake his own death, and live on in the guise of J. Frank Dalton (or someone else)? It depends on who you ask, and which grave you think belongs to the “real” bandit.

It was a question not even Robert Ripley could convincingly answer, yet at the center of this strange tale of the Old West, there is a small gun. Thankfully you don’t even have to dig it up to check it out — it can only be seen at Ripley’s Believe It or Not! Grand Prairie.

EMBARK ON YOUR OWN RIPLEY’S ROAD TRIP!

Pull the trigger and fire off in the comments below, and across social media, to help us target our next Road Trip destination. Ready to embark on your very own Ripley’s Road Trip?