Creators of massive colonies and healers of boo-boos?

They’re extraordinary architects with orderly societies and create colonies that stretch to mind-blowing proportions. They aerate our soil, help break down dead wood, and are even considered some of the greatest builders of all time. Ants may be small, but their impact is mighty. In fact, as far back as the Neolithic period—nearly 12,000 years ago—ants have been known to make quite a medicinal impact as well.

Before there were at-home ant farms or the fear of accidentally stepping into a swarming hill of biters, ants were actually employed to close open wounds on the human body!

Entomologist Justin Schmidt of the University of Arizona knows a thing or two about insects and their bite quality. In fact, he has experienced so many insect bites that Schmidt invented the Schmidt Sting Pain Index. This scale was created to rate the pain of various ant stings that he has suffered while working in the field; the index is detailed in his book The Sting of the Wild (Johns Hopkins University Press, 2016).

The Perfect Man(dible) For The Job

“Army ants seem to be ideal” when it comes to this healing process, says Schmidt. This species of ant has colony members called majors—defense ants with huge wide-open-spread mandibles.

When grasped just behind the head, army ants will open their mandibles wide, Schmidt says. Carefully place one mandible on each side of the cut and the ant obliges, performing its normal defensive behavior of piercing “the enemy” and clamps down. 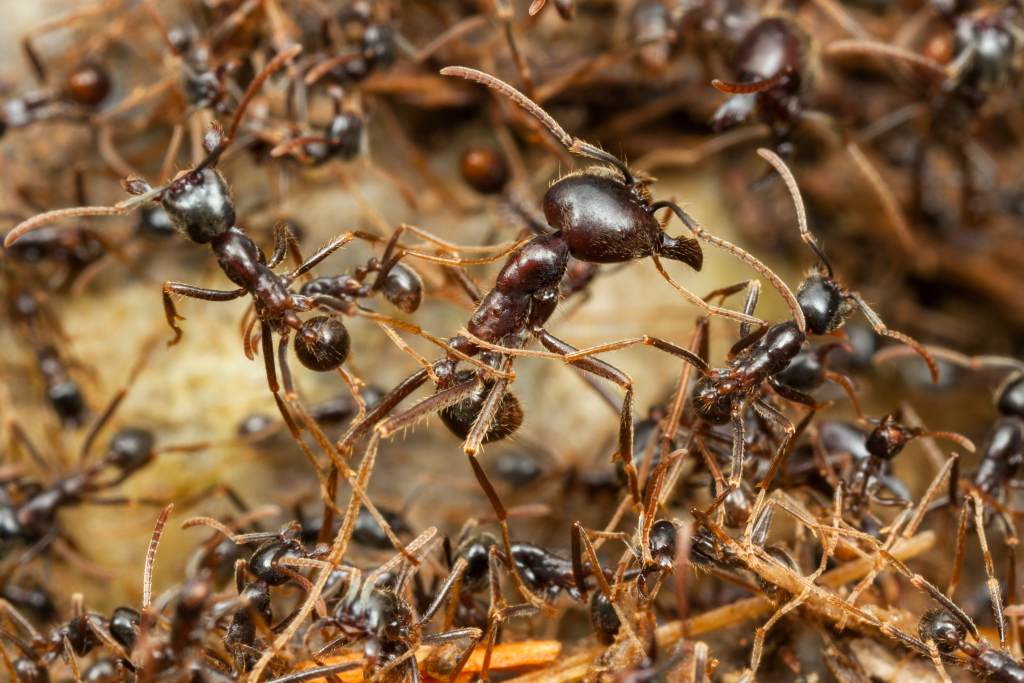 “The mandibles are extremely sharp and easily pierce human skin, thus making them ideal for the job,” he says.

To secure the heal, similar to that of a bandage, the ant’s head is snipped off while clamped onto the wound, acting similarly to a staple.

“The ant head,” Schmidt says, “stays in that locked position until the wound is healed and is then removed.” A wound could have several ants’ heads holding it closed, like buttons on a sweater.

One species often used in this fashion is the suturing army ant, Eciton burchelli, of Central and South America. These tiny, but mighty, biters mark up to about a 1.5 pain level on the Schmidt Pain Index. Schmidt writes that the pain is like “a cut on your elbow, stitched with a rusty needle,”—seems like a true testament to the whole “Good medicine tastes bitter,” analogy. 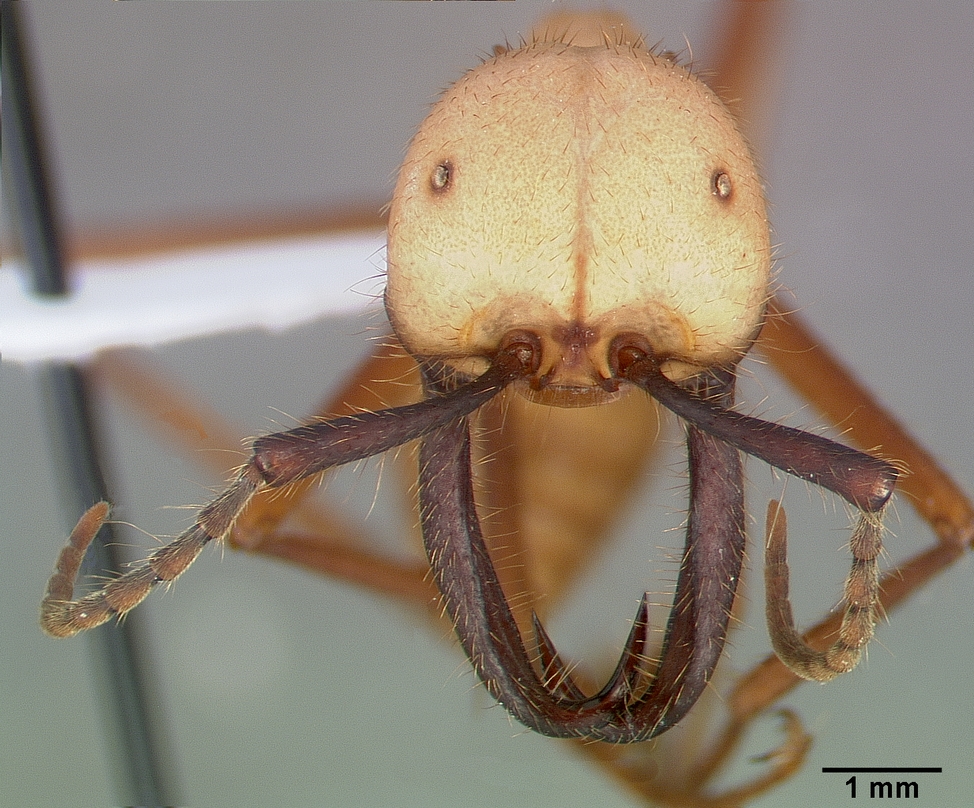 While we’d love to leave the healing up to these little backyard helpers, this method isn’t exactly recommended by your family physician. Due to the lack of hygienic information associated with this treatment, our advice is to stick with your drug store bandages in the event of an open wound. And, let’s be honest, a colorful character bandage is much more cheery to look at than a severed ant head.

Next post King Umberto And His Long Lost Double