The Burial Cliffs of Sagada and their Hanging Coffins 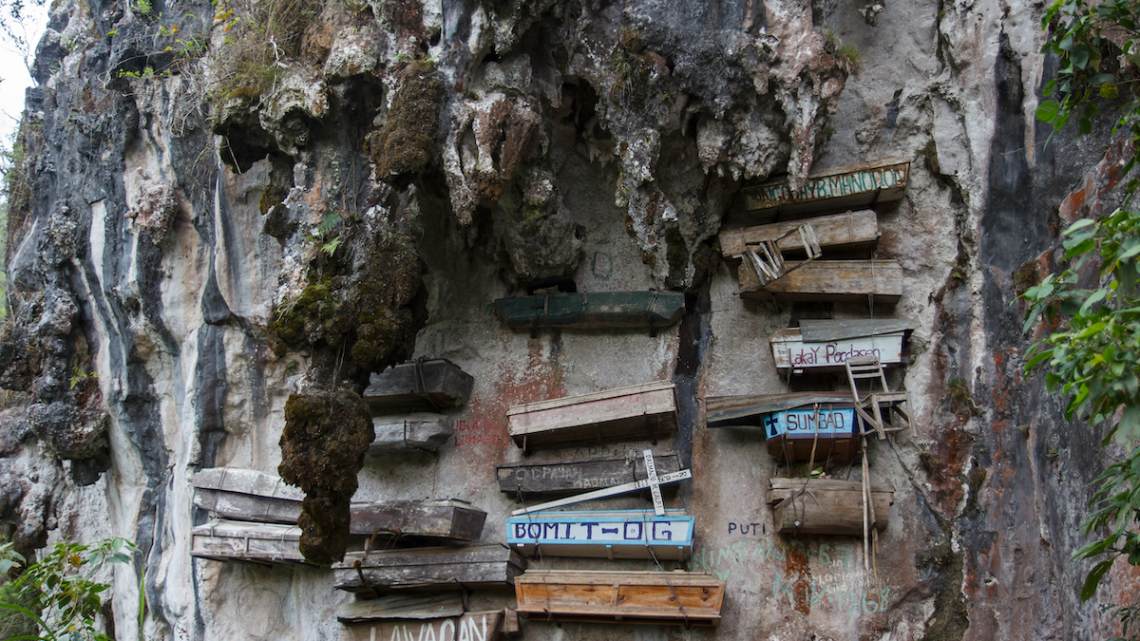 Believe It or Not!, there are cemeteries suspended from cliffs in Sagada, Philippines! They were put there by indigenous people following ancient traditions which are said to stem from the belief that the higher the dead are to the sky, the more elevated their spirits are in the afterlife!

Because the coffins are attached and suspended at incredibly high points on the cliffs, they are seemingly unreachable and have attracted tourists from all over the world.

The practice dates back thousands of years but is no longer prevalent, with burials on the cliffs only taking place once every few years!

When it does occur, the body is wrapped tightly in fabric and carried up the mountain to be placed in its coffin. Some coffins are noticeably shorter; this is because it was once common practice to fold the deceased into the fetal position — sometimes breaking bones in the process — since it was believed the body should leave this world as it entered it. 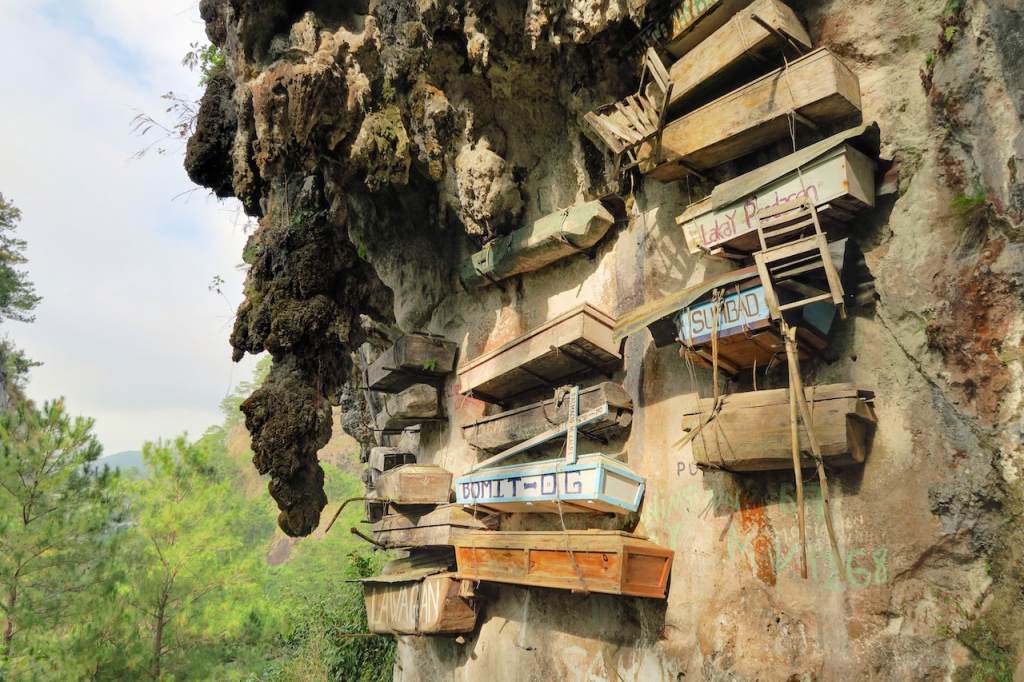 Since the hanging structures draw a number of tourists, many of the local residents will accompany tourists on the hike to witness the burial cliffs and offer insight into their traditions and culture. 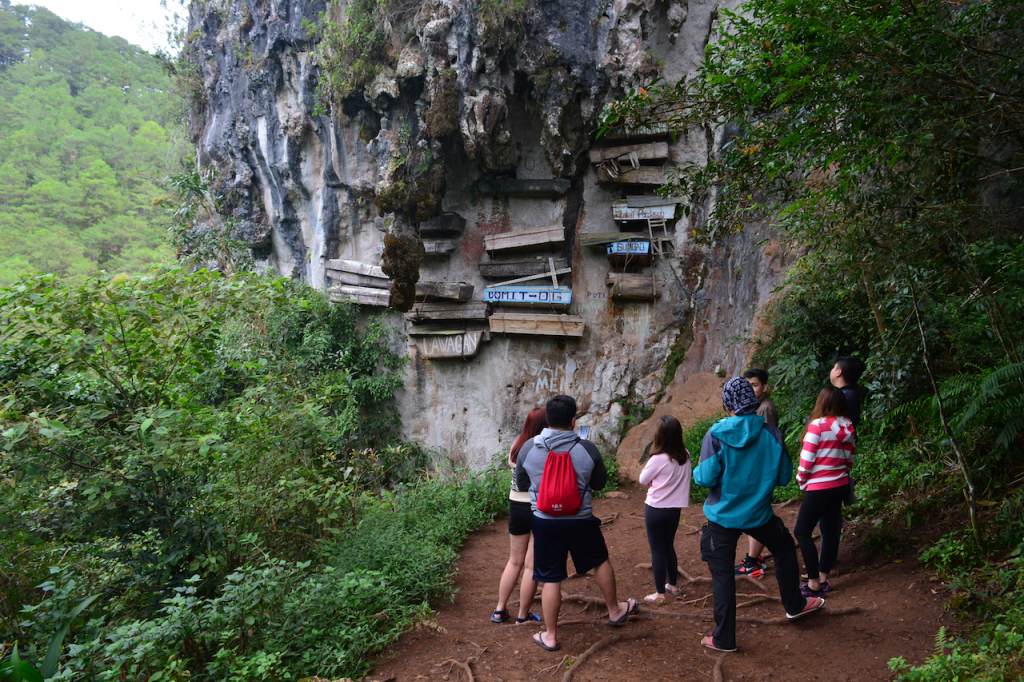 No one is completely sure why the practice began. One belief is that the cemeteries served to place the bodies closer to their ancestral spirits, while others think they provided a creative way to keep bodies out of the waterlogged soil.