The Cathedral of Junk is A Backyard Curiosity

One man’s trash is another man’s treasure at this recycled monument that helps keep Austin weird! 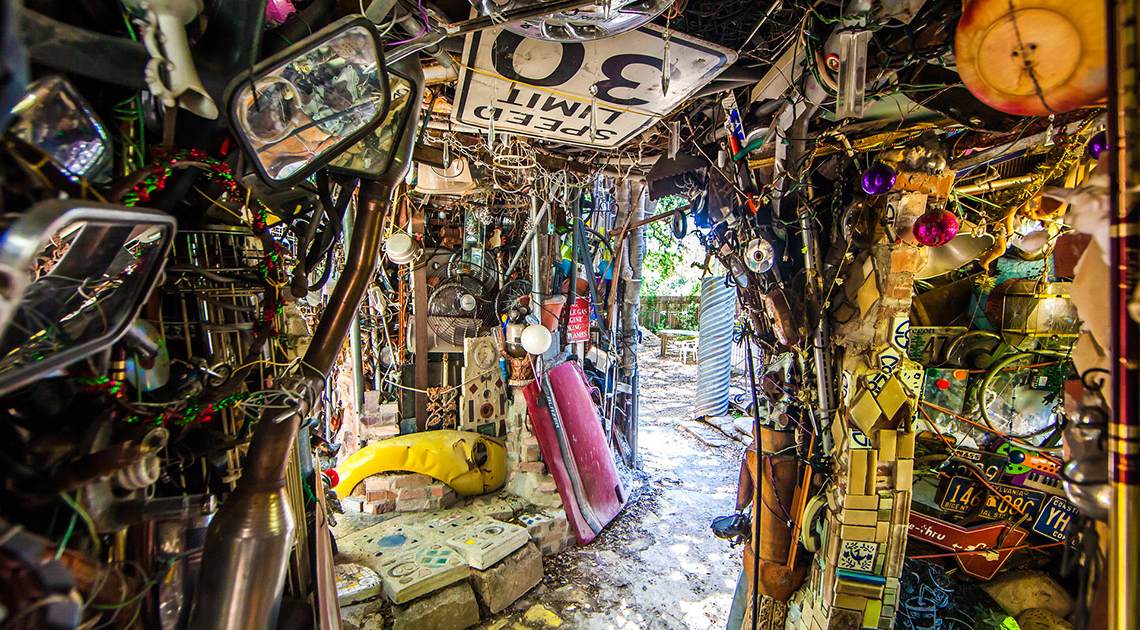 For over 30 years, resident of Austin, Texas, Vince Hannemann has been collecting other people’s trash and building, recreating, and refining a giant sculpture in his residential backyard. Known as the Cathedral of Junk, the local attraction is so popular, people have held birthday parties, bachelor parties, and even tied the knot at the spot!

Hannemann started the junk mansion when he was in his mid-20s and has estimated that the structure contains around 60 tons of disposable objects, including bicycles, CDs, and other types of detritus. The framework of the structure is filled with a variety of items, from bottles and kitchen utensils to lawnmower parts and electrical castoffs. Much of the bric-a-brac is hard to identify, and the structure has been described as an “organized mess.”

There are ladders and signs that are still operational tucked amidst some of the vegetation in the yard. The sculpture has several levels, vaulted ceilings, as well as observation platforms and a “Throne Room.” There are several nooks and crannies to explore and staircases to climb. Parts of the cathedral appear to have a theme, while other sections are simply a chaotic merging of toilets, metal, and other debris. 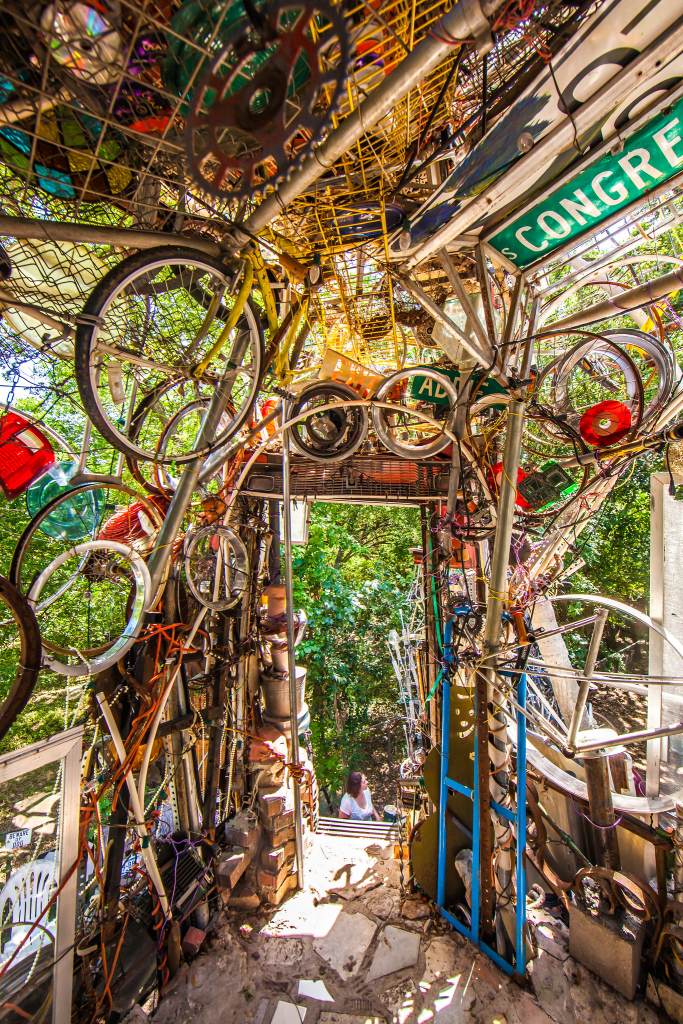 The piece is ever-changing, so if you visit today and again a year from now, you’ll notice an evolution. Hannemann frequently adds and removes items from the sculpture, which is in a constant state of flux. While the neighbors are keenly aware of its presence, the art installation is not overtly visible from the front of Hannemann’s suburban home.

According to visitor Tony T. Garcia, “It’s larger than it first looks like. There are a number of floors and chambers within the cathedral.” He added, “One of the many attractions of Austin that keeps Austin Weird!”

Twenty years ago, Hannemann started dismantling the cathedral because it had taken over his life. He removed a three-story tower but ended up using the materials to build other structures. He quickly realized that he simply couldn’t let it go.

As many as 14,000 visitors pay a small fee to see the unusual Austin attraction each year. You must call ahead and make an appointment, and Hannemann doesn’t allow more than 200-300 visitors a day.

The artist has referred to the place as his clubhouse, and he didn’t have any grand expectations when he first started building it. He simply liked piecing together old junk, and if the day ever comes when he no longer likes doing it, he’ll stop. 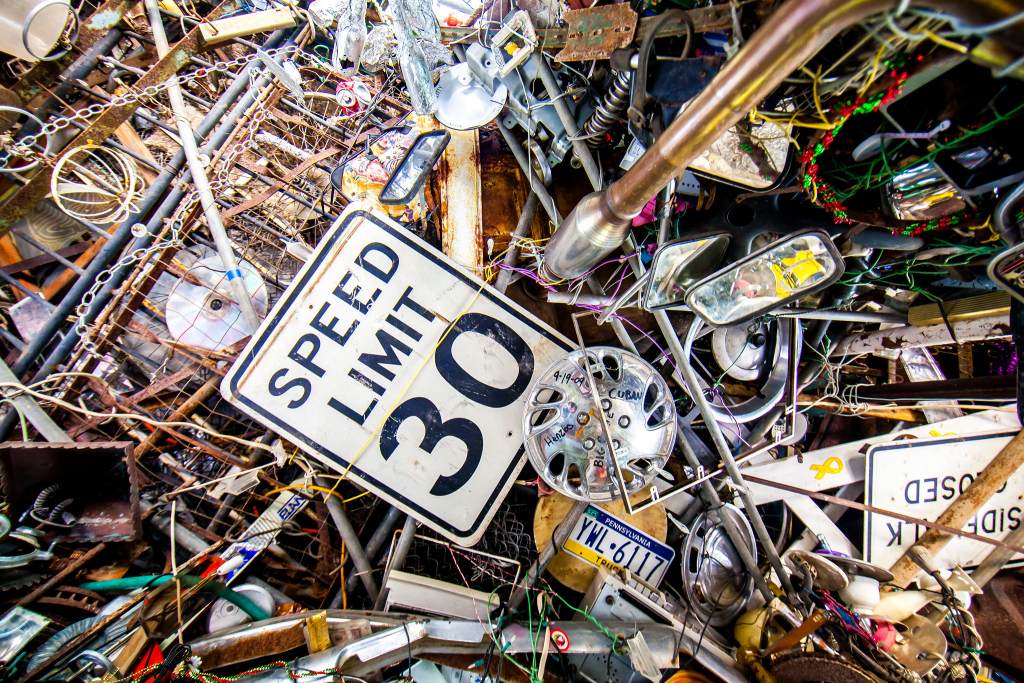 Hannemann doesn’t do a whole lot of garbage mining on his own because people bring things to him. Still, he’s very particular about the project, and some objects simply don’t work with the sculpture. Keep that in mind if you plan on visiting and want to declutter your house. Not everyone’s trash is his treasure.

Not everyone is enamored with the Cathedral of Junk, including those in the neighboring townhouse complex. They once filed a complaint with the city, which sent engineers to check the integrity of the structure. It passed with flying colors. Hannemann’s cathedral may be an assault to the senses, but it’s rock solid. He was forced, however, to dismantle his “Pyramid of TVs,” which contained 200 boob tubes. He reused them by creating a Zen garden of TVs, and some even emit a static glow.

There’s something about the cathedral that draws people in. Visitor, Sagir P. sums it up rather well,

Next post Do Snakes Dislocate Their Jaws For Super-Sized Prey?