The Centuries-Old Cake Recipe Said To Reveal Your Future Spouse

Some recipes for the cake required unsavory ingredients such as soot, urine, hair, and nail clippings. 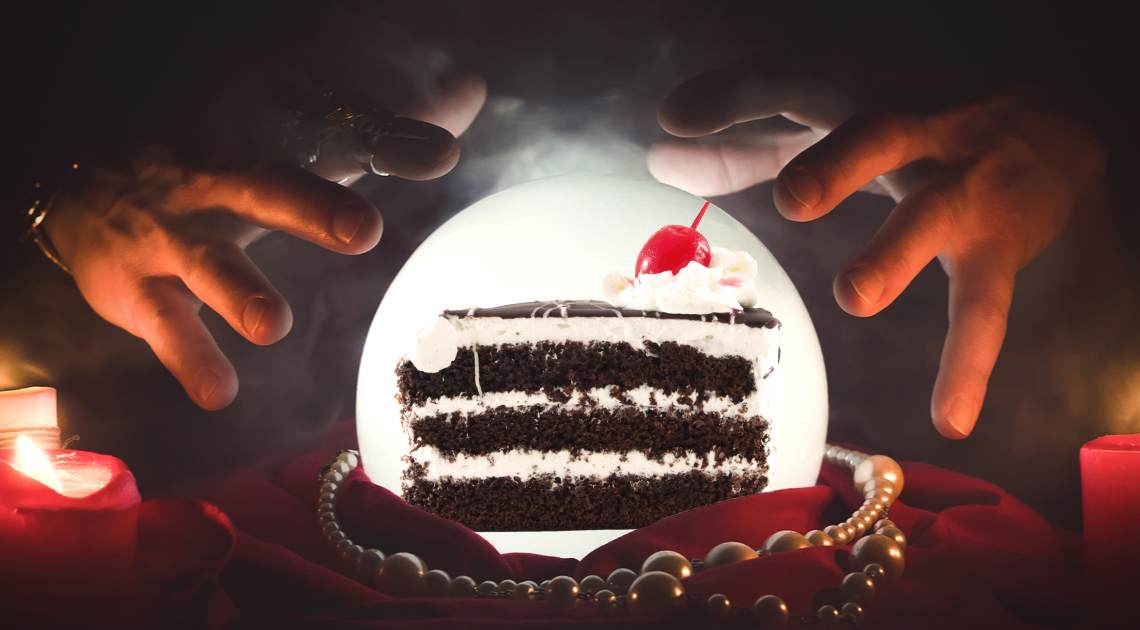 During the late-17th to mid-20th centuries, unwed women in England and America did not swipe right to find a husband. Instead, they baked special “dumb cakes” and followed a stringent ritual that was supposed to give them information about their future spouses. The first reference to this romantic divination practice, which took place for as long as 300 years, dates back to the 1680s, according to Oxford Reference.

A Literal Recipe for Love

The ritual typically involved three young women, and the process was a bit laborious. Some recipes for the cake required unsavory ingredients such as soot, urine, hair, and nail clippings, but most required water as well as salt, wheat meal, and barley meal (sometimes measured in “egg shells” instead of cups, tablespoons, etc.).

It’s unclear exactly where the tradition started, but at least one historian, Ruth Enda Kelley, firmly believes it has its roots in the Scottish Isle of Lewis, according to Atlas Obscura. The practice may also be tied to a Scottish Highlands tradition in which salty bread is made on Shrove Tuesday, the day before Ash Wednesday, in order to foretell who one’s sweetheart will be in a dream.

Dum cakes were often prepared during certain times of the year that some people believed was most conducive to love divination: Halloween, Christmas Eve, St. Agnes’s Eve (January 20), and midsummer.

On #Midsummer Eve, girls baked tiny ‘dumb cakes’ carved with their initials. The cakes – containing lots of salt & sometimes even soot or urine – were baked in silence. The ghost of the girl’s future husband would then appear & share the cake with her. #FolkloreThursday #Folklore pic.twitter.com/19Fx2xz4Sn

A Silent Treatment for Your Treat

A vital aspect of the dumb cake ritual is that the women had to make the cakes in complete silence. If the bakers broke this rule, the spell would be broken, and they wouldn’t get the answers they wanted about their future husbands.

It’s possible this part of the ritual came from a misunderstanding of the Middle English word “dom,” which could mean fate or destiny, but was instead interpreted as “dumb.” The term “dumb” was previously used to describe people who are unable to speak, although that usage is considered outdated and offensive today.

Finding a Husband is a Piece of Cake

After silently putting the ingredients into the pan, the ritual required each girl to mark her initials in the cake before baking it. When it was fully cooked, the girls would break the cake and maybe take a bite of it before walking backwards to their beds, placing the piece of cake under the pillow.

If the ritual was done correctly, they would supposedly dream about their future husbands. Other versions of the ritual report that the girls would turn the cake once in the oven, and at midnight the future husband would come through the door and point at his intended’s initials on the cake. 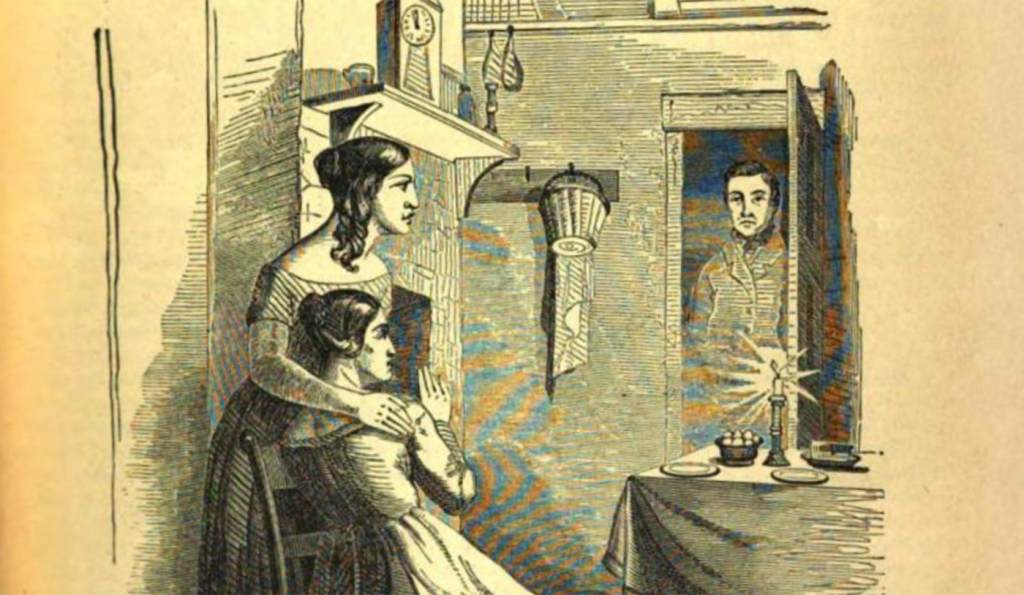 An engraving titled “The Love Tests of Hallowe’en” from an 1849 magazine.

The book Mother Bunch’s Closet Newly Broke Open, first published in 1685, describes the desert as a Dutch cake and advises in part: “Either make a mark that you know or set the two first letters of your name on it with a pin or bodkin, but leave such a distance that it may be cut then set it before the fire to bake, but all this while speak not a word.”

Believe It or Not!, cakes aren’t the only food that have been used for divination throughout the years. Instead of your typical scrying bones, Jemima Packington of Bath, England, prefers to use asparagus — a method she calls “asparamancy.” And for those who prefer dairy over veggies, we recommend tyromancy, or the practice of predicting the future with cheese!