One member of the party lived in infamy due to his penchant for human flesh. 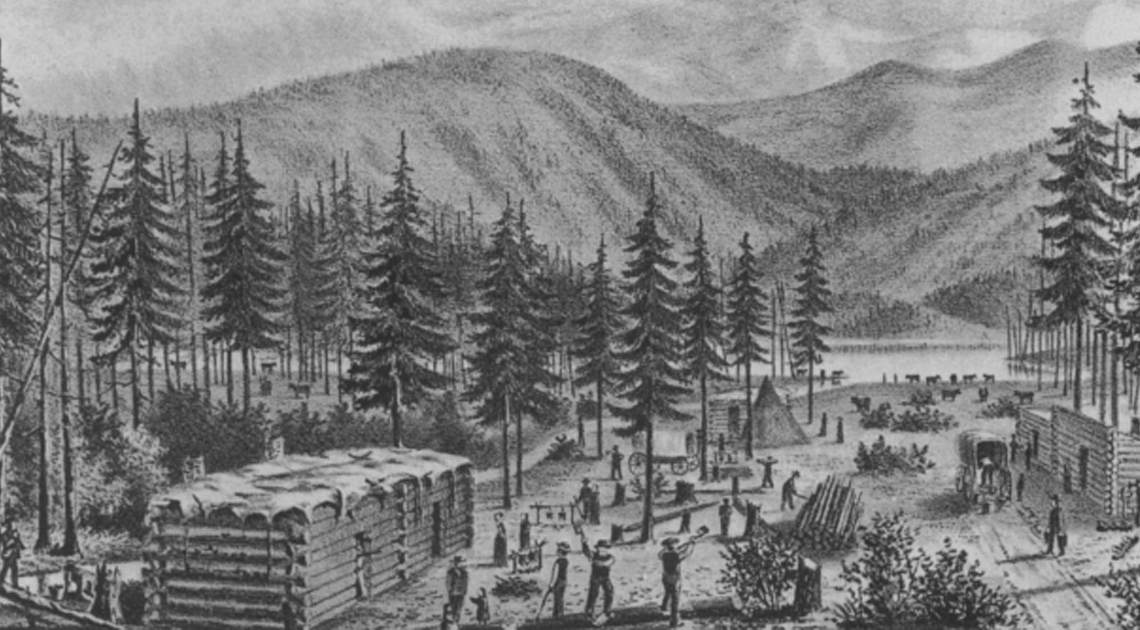 Drawing of the Truckee Lake camp based on descriptions by William Graves, survivor of the Donner Party.

On April 17, 1847, the horror of the Donner Party’s infamous ordeal came to its conclusion high in the Sierra Nevada mountains along Truckee Lake’s banks (later renamed Donner Lake). It would prove among the most shocking parts of this ill-fated emigrant train’s story and involved a small handful of survivors. Other members of the party had either perished or been rescued.

But several individuals had to stay behind as the third relief party didn’t have room for them. They included George Donner, unable to travel due to a gangrenous leg, and his wife, Tamsen, who refused to leave his side. Lewis Keseberg, a 32-year-old German immigrant who had been traveling with his family and already reportedly eaten two children, also remained behind.

These last survivors pinned their hopes on a fourth relief party. Yet, when that fourth rescue group finally arrived in mid-April, what rescuers found shocked the world.

By the time the last of the relief parties reached Donner Summit to rescue members of “Cannibal Camp,” everyone knew the ill-fated pioneers had broken a major taboo to survive, the consumption of human flesh. Of the 87 people who started on the journey across the American West’s vast thoroughfares—29 men, 15 women, and 43 children—only 47 would survive. The vast majority were children, who adult members of the party kept alive through cannibalism.

Survivors of the nightmare described anguished details to their rescuers. What’s more, physical evidence of cannibalism pervaded the camp as related by one member of a relief party, Edwin Bryant. According to his book What I Saw in California, rescuers found human skeletons “in every variety of mutilation. A more revolting and appalling spectacle I never witnessed.” The horror at “Cannibal Camp” arose from a perfect storm of travel delays, rugged terrain, and a failed shortcut that took the party far from its original route.

Trouble Before the Sierra Crossing

The Donner Party’s tragic story began in April 1846, when ten families and a collection of single men headed westward. They started in Illinois, crossing the Great Plains and banding together to take Hastings Cutoff, an untested but shorter pathway to California. The cutoff proved disastrous, putting the emigrants well behind other travelers that season. Personal conflicts arose, and the group changed in number and makeup throughout the trip. At its core were the Illinois businessman, James Reed, the Breen family, the Murphy family, and the Donner family. Before even reaching the Sierra Nevadas, trouble brewed among members of the group. 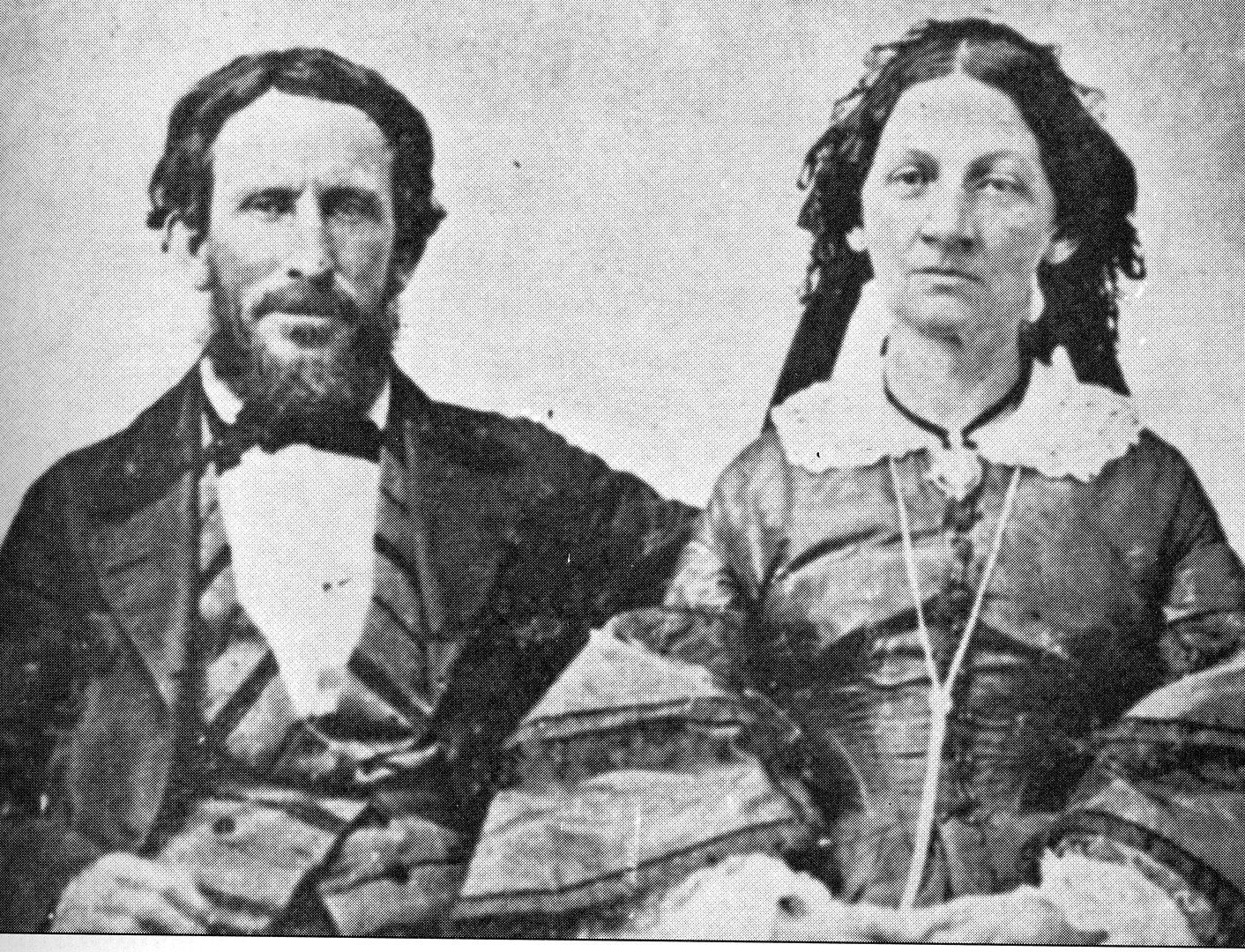 A photo of James F. and Margaret (Keyes) Reed, who were members of the Donner Party.

Reed would be banished from the party for murder before ever making the fateful Sierra Nevada crossing. As a result, he traveled more quickly through the mountains, reaching California before the snow came. He would raise money for the first relief party, successfully retrieving his wife and children before succumbing to cannibalism or death.

The Fight for Survival

Although recent archaeological evidence has proven inconclusive regarding how rampant cannibalism was among the group, it’s tough to ignore vivid accounts from the historical record, including survivors’ confessions. As Dr. Donald Hardesty has noted, historical statements “certainly imply cannibalism but, so far, they are minimally supported by the archaeological record.” Archaeologists have found no signs of human burials or cannibalism involving cooked human bones, leaving much room for interpretation.

Nevertheless, oral accounts tell of pioneers frantic to complete their journey before the end of the season, harried by Native Americans in the Great Basin, and dogged by fears of impending snow in the towering Sierra Nevada mountains. Surviving members of the party confessed to cannibalism, including Mary Donner. Seven years old at the time, she later admitted, “I could not help it; I had eaten nothing for days, and I was afraid to die.” Considering the stigma that would follow those who partook in cannibalism, it’s hard to fathom any would willingly lie about the practice.

By the time the travelers reached the Sierra Nevada in October, they knew their window for traversing the mountains was fast closing. But they chose to continue, assuming the winter snows wouldn’t get much past two feet. By the end of the ordeal, 22 feet of snow buried them, stranding the party in makeshift shelters and a series of cabins along the lake’s shores. The height of the stumps the pioneers chopped down for firewood and cabins still attest to the extreme snowpack that year. 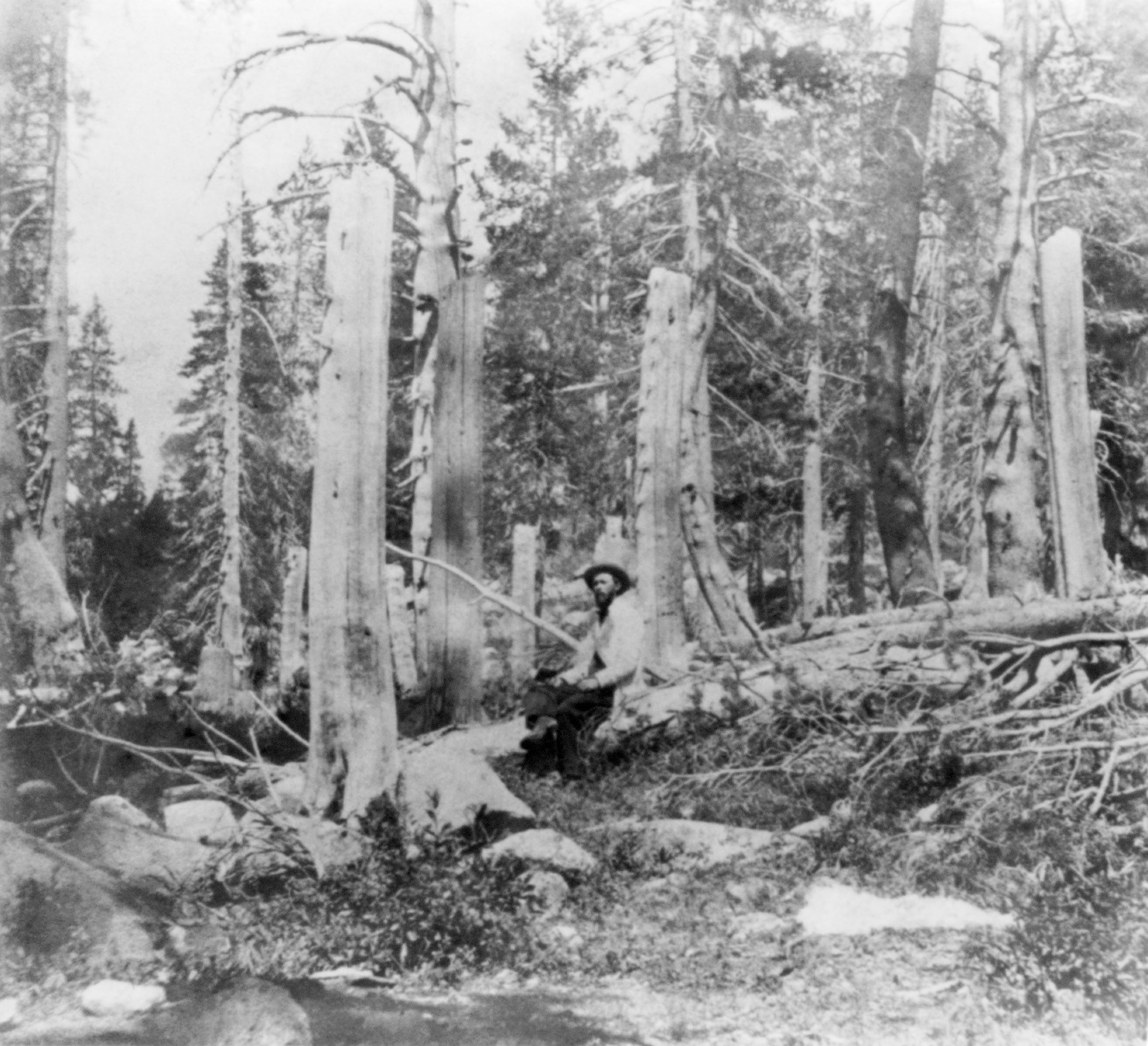 Stumps of trees cut at the Alder Creek site by members of the Donner Party, photograph taken in 1866. The height of the stumps indicates the depth of snow.

Supplies dwindled quickly, and the settlers turned to eating pack animals and dogs. Next, they boiled blankets and hides, making a gelatinous soup that didn’t offer much in the way of sustenance. Over the next few months, half of the party perished, and the other half turned to desperate means of survival. Approximately 21 members of the party may have been consumed, according to historical accounts. But rumors about one member of the party would persist, rumors of murder for cannibalistic and opportunistic reasons.

When the last of the four relief parties came upon the Donner Party’s lakeside camp on April 17, 1847, utter silence greeted them. The log cabins built by the trapped pioneers contained no signs of life. The remaining survivors were nowhere to be seen. At George Donner’s camp at Alder Creek, a few miles from the cabins at Truckee Lake, they found the same eerie silence. The third relief party had left Donner in the care of his wife, Tamsen, near death due to his infected leg.

But the fourth relief party found Donner on the ground, his head split and emptied of its brains. The tent was empty save for a pot filled with human meat. A fresh set of footprints led away from the camp, the only sign of life. The rescuers hunkered down to make camp for the night, exhausted physically and emotionally by what they had discovered.

Two days later, on the 19th, the footprints led rescuers to Lewis Keseberg in the midst of preparing a meal of human liver and lungs. In Keseberg’s waistcoat pocket, the team found gold coins totaling $225 from the Donner’s private store. He soon admitted to cannibalizing Tamsen, although he swore she died of natural causes. The rescuers had their doubts as Tamsen had appeared in decent health based on the third relief party’s testimony. What’s more, Keseberg had ready access to oxen meat at the time of the discovery. 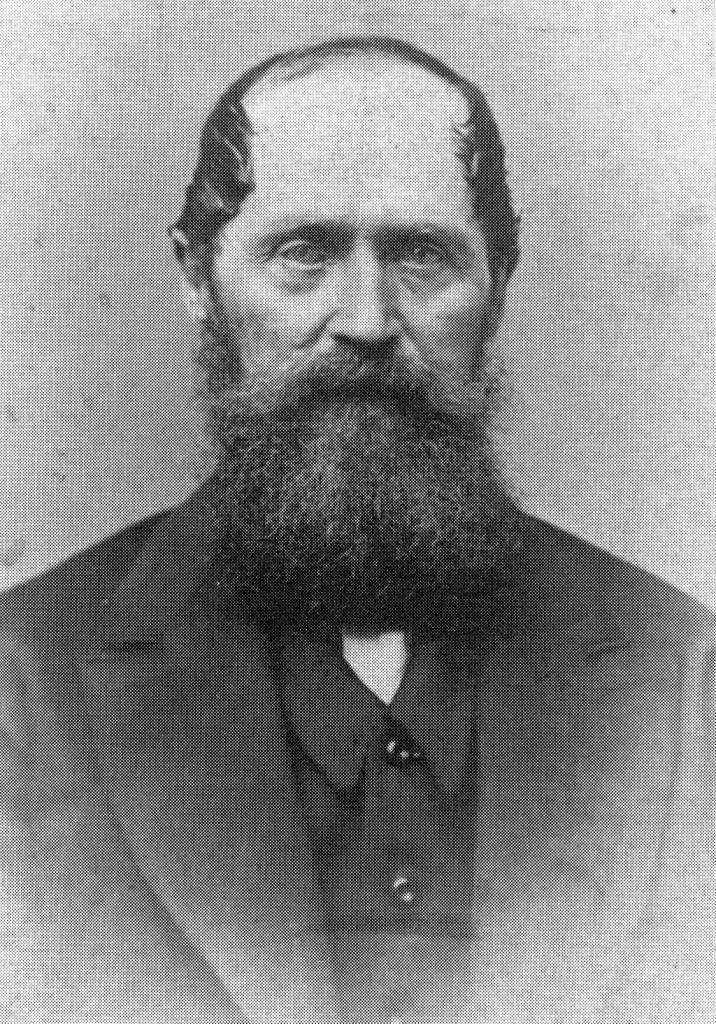 Rumors of murder, theft, and cannibalism would follow Keseberg until his dying day, adding a salacious angle to the stranded pioneers’ story. Although he would later stand trial for the murder of six Donner Party members, he was acquitted on each count due to lack of evidence. But he never outlived the infamy of his emigrant experience, dying impoverished and exiled. Unfortunately, the continued lack of physical evidence from April 1847 means we may never know what happened between Keseberg and the Donner Party’s last few survivors.

Next post Walking A Mile In Robert Wadlow's Shoes