The First Odditorium And Ripley’s Legacy Of Wonder

It all started with a temporary show at the 1933 World's Fair. 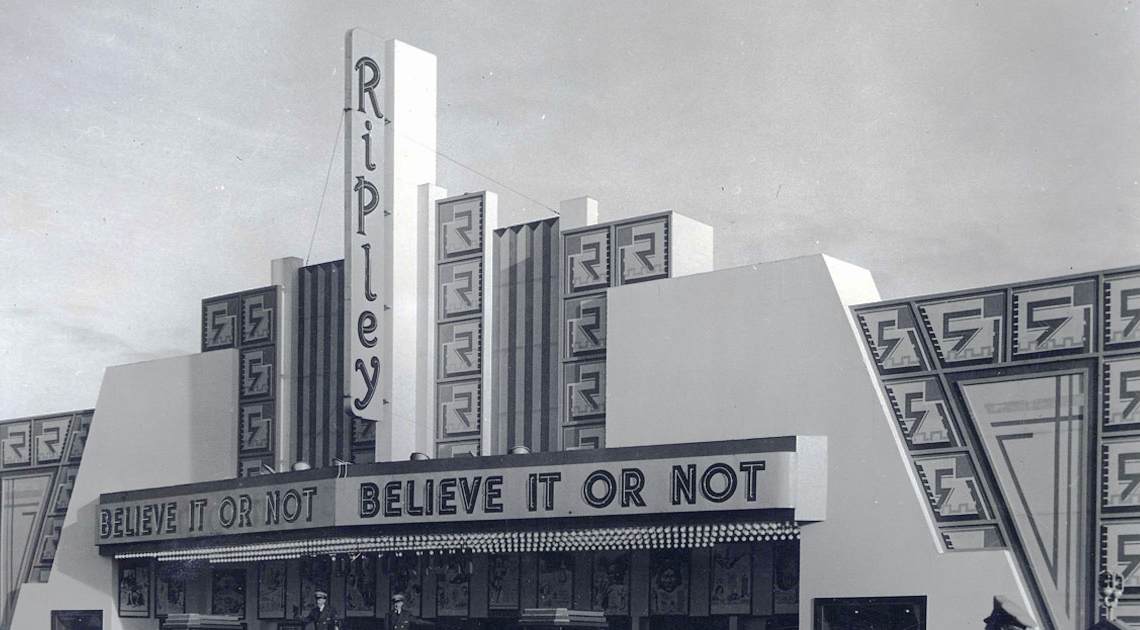 While Ripley’s Believe It or Not! operates 30 odditoriums today, it all started with a temporary show at the 1933 Century of Progress World’s Fair in Chicago. In his travels around the world Ripley had encountered more than just weird places and objects, but strange and amazing people as well! The Odditorium finally gave him a chance to share these people with the world. 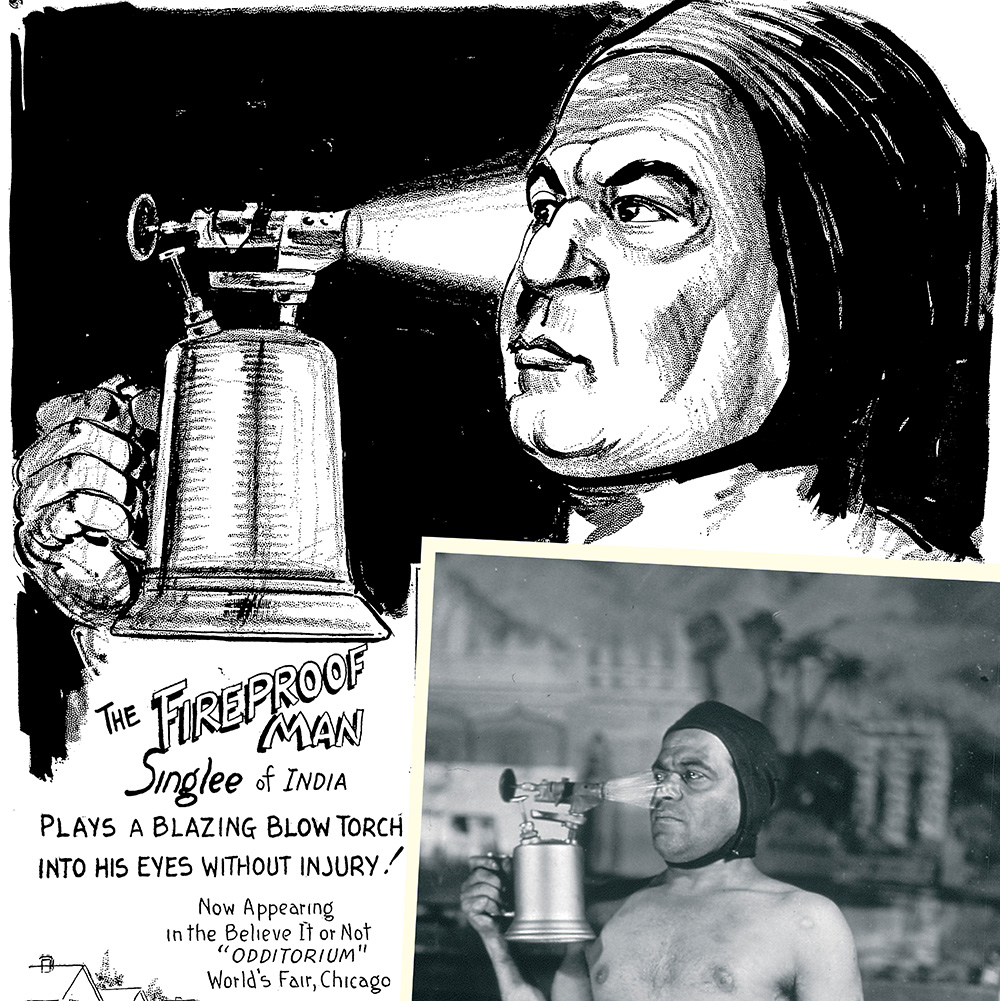 The Chicago location closed briefly but reopened in 1934 to continue alongside the fair. Human performers made up the majority of the show drawing shock and awe from anyone who ventured close. People who could swallow and regurgitate lightbulbs, smoke a pipe through their eyes, and turn their heads 180 degrees ran the gamut of seemingly impossible feats Ripley’s performers could showcase.

In 1939, Ripley’s Odditorium made it to the big city, opening a collection of oddities from 200 countries and 40 live performers. 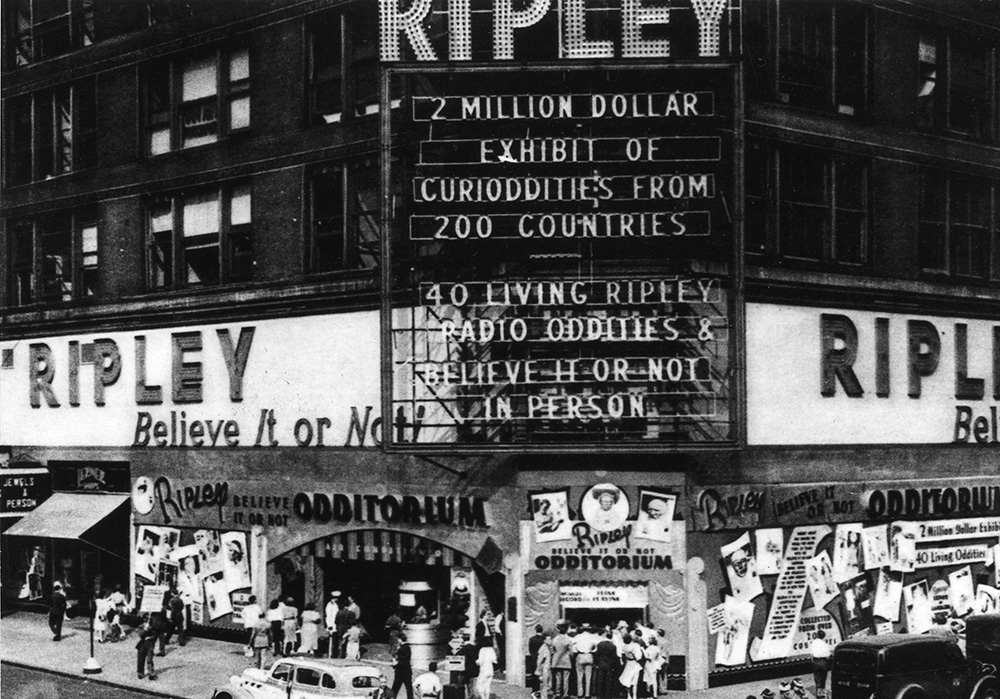 Temporary odditoriums and traveling shows popped up across the country in the ensuing decades, but the first permanent location was set up inside Warden Castle in St. Augustine, Florida, in 1950. To this day, the castle is filled with a menagerie of Ripley oddities and is our longest-standing permanent odditorium. Though Ripley’s Believe It or Not! bought the castle after Robert Ripley’s death, he had actually stayed at the castle while it served as a hotel during his travels to Florida. 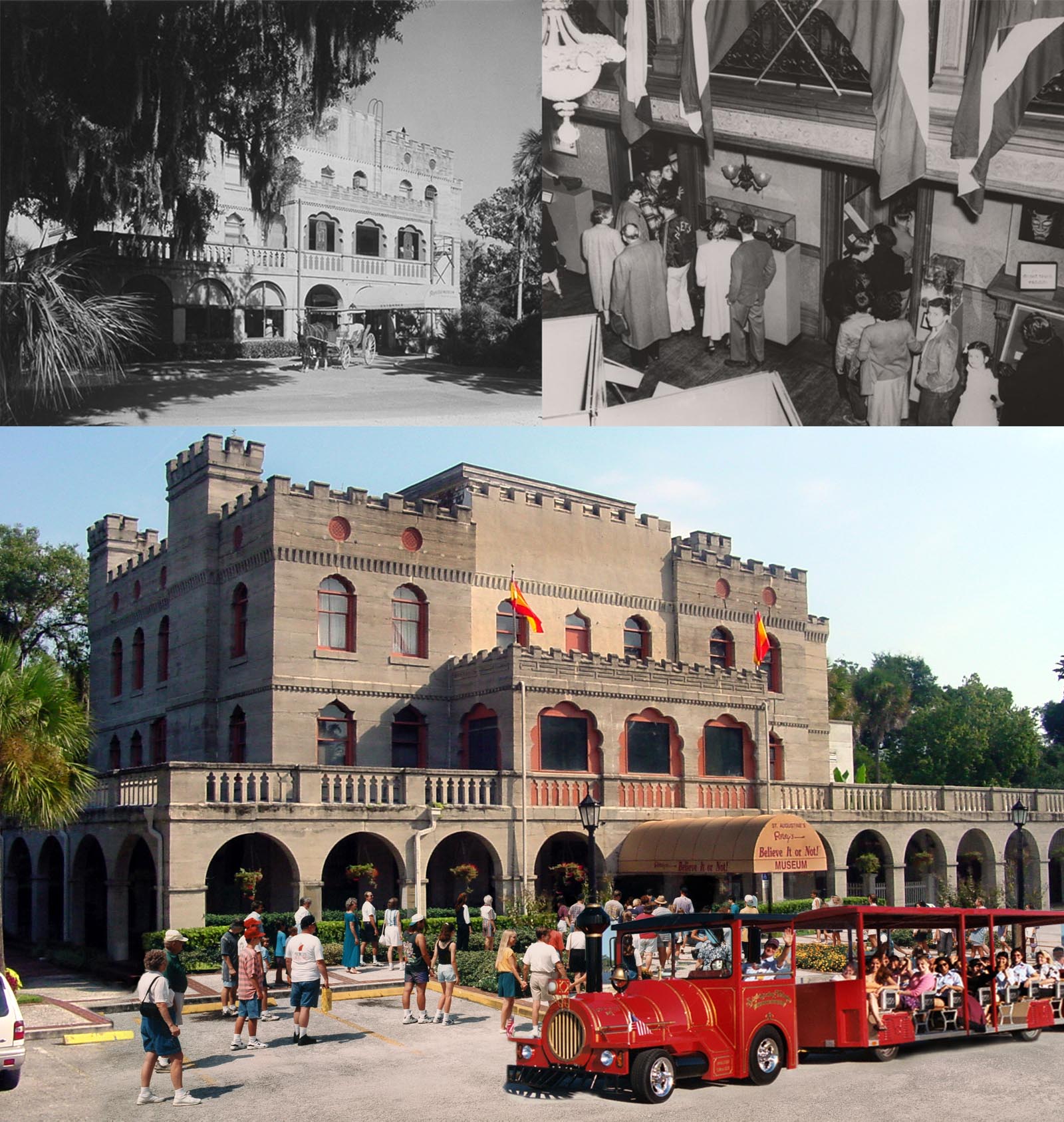 The artifacts displayed in odditoriums while he was alive were almost exclusively all borrowed from Ripley’s personal collection. In the first few decades following Ripley’s deaths, the odditoriums acted as a sort of shrine to Ripley’s adventures. In 1963, the company looked beyond just sheltering Ripley’s legacy, expanding into Ontario, Canada, with an odditorium in Niagara Falls—a location that stands to this day.

Ripley odditoriums continued to gain steam, popping up in big cities like San Francisco and eventually making a permanent return to New York City. In place of performers, the exteriors of Ripley odditoriums stood out as unique pieces of architecture. No one could see a building wrapped in a sea monster, sinking into the ground, or with a dinosaur on top without becoming immediately curious. 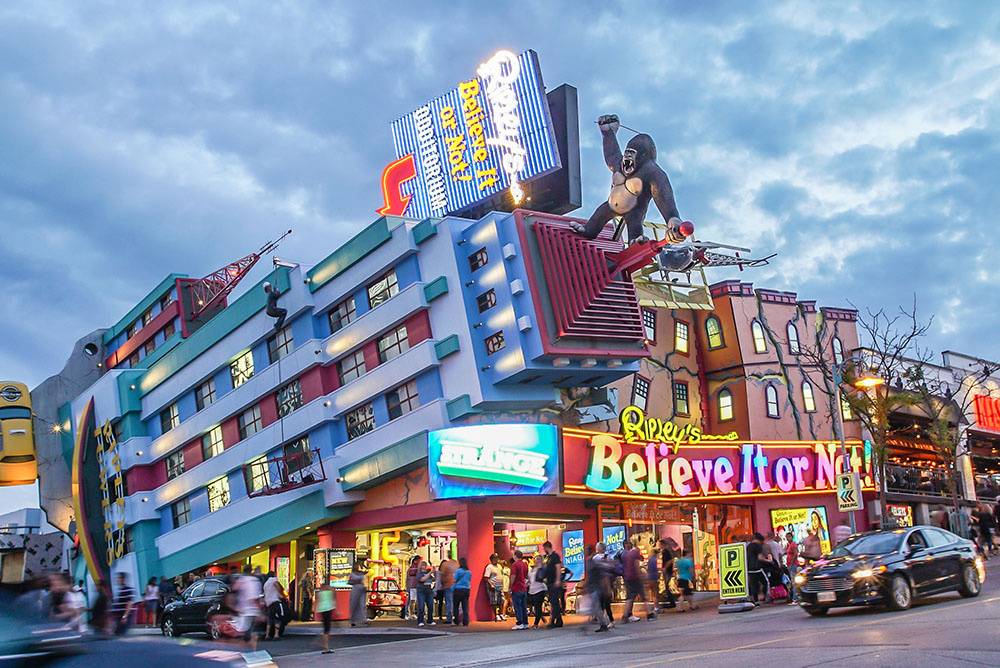 Today, with 30 0dditoriums in 10 countries, the Ripley collection has had to grow considerably, offering up new and exciting treasures for visitors to see. 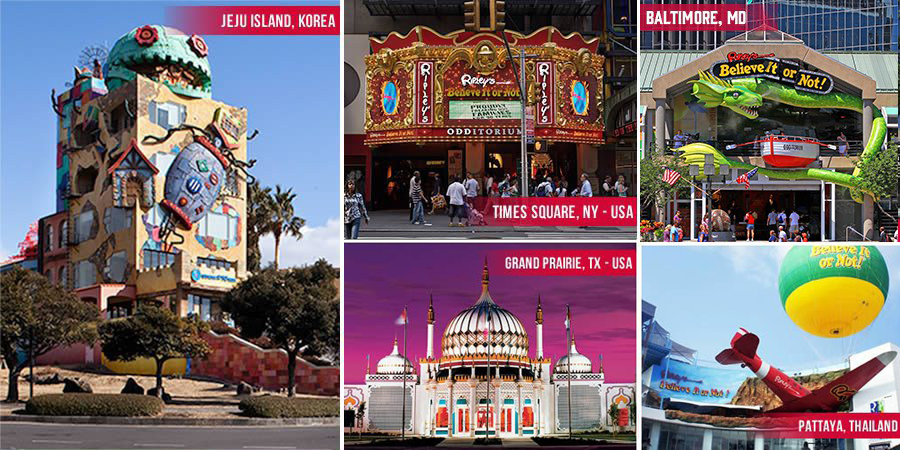