The Good And The Gross Of Jiggly Gelatin Salads

One of the famous gelatin dishes back in the day was a Lime Cheese Salad which included cottage cheese, mayonnaise, seafood, and of course, lime Jell-O.

From medieval delicacies to college party novelties, Jell-O has been a staple in households across the U.S. for decades. However, our grandparents had a slightly different relationship with the popular powdered gelatin than what we grew up on. So what is it about this slimy, jiggly substance that has earned the title of “America’s Most Famous Dessert”?

Treats for the Elites

The primary ingredient in Jell-O is gelatin, which was first served in the Middle Ages and considered a status symbol of the wealthy due to the arduous extraction process. The process was “not for the faint-hearted,” explains Lynne Belluscio, executive director of the LeRoy Historical Society, who operates the Jell-O Gallery Museum in New York.

Before the rise of the industrial revolution, gelatin had to be created by hand with collagen extracted from the skin, bones, and connective tissues of certain animals — usually cows, horses, or pigs — before cooling into that iconic jelly-like, semi-solid substance. So if you could fund a large cooking staff back in the day to accomplish all of this, it meant you had the wealth to do so — another reason as to why only the privileged partook in this jellied delicacy. 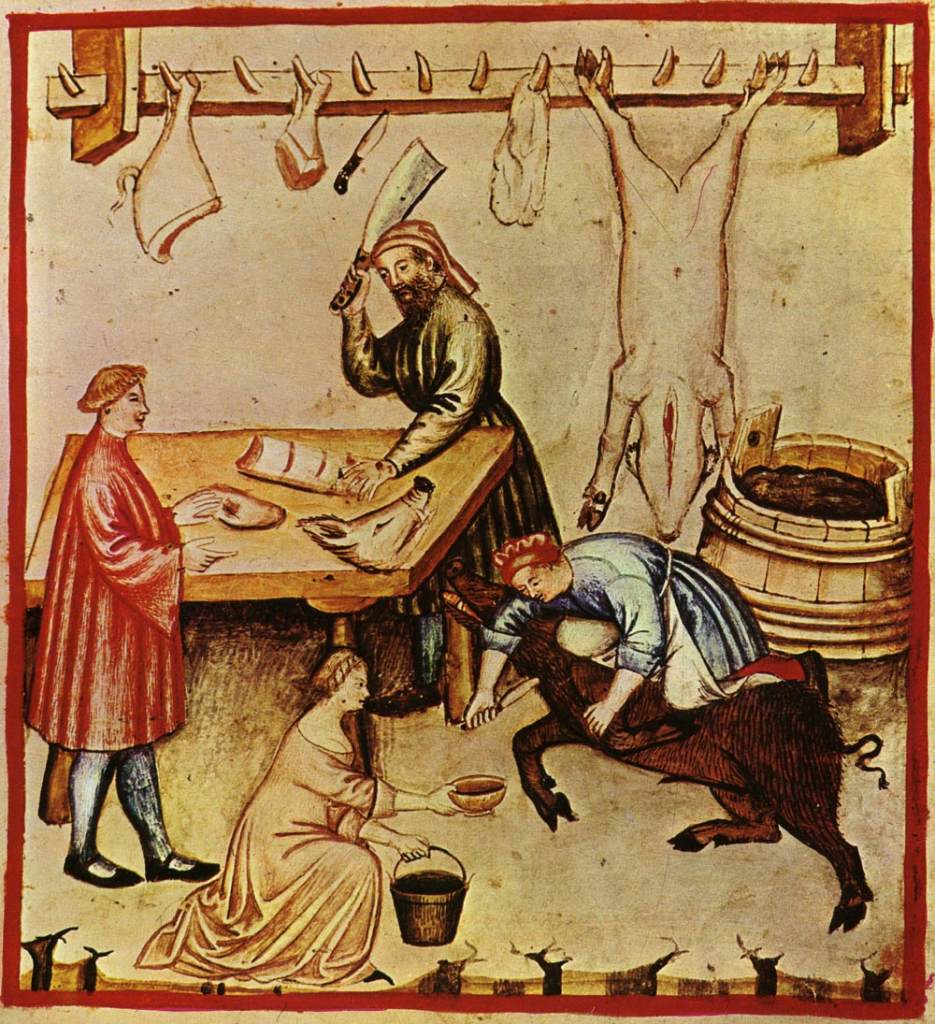 Eighteenth-century London author Hannah Glasse wrote out the procedure in the 1747 edition of her book, The Art of Cookery Made Plain and Easy:

“Take out the great Bones of four Calves Feet, and put the Feet into a Pot with ten Quarts of Water, three Ounces of Hartshorn, three Ounces of Isinglass, a Nutmeg quarter’d, four Blades of Mace; then boil this till it comes to two Quarts, and strain it through a Flannel-Bag, let it stand twenty-four Hours, then scrape all the Fat from the Top very clean, then slice it, and put to it the Whites of six Eggs beaten to Froth, boil it a little, and strain it again through a Flannel-Bag, then run the Jelly into little high Glasses…You may add Orange-flower Water, or Wine and Sugar, and Lemon if you please, but this is all Fancy.”

Definitely seems a heck of a lot harder (and messier, and grosser) than just adding water to the premade powder mixes…

The Genius of Gelatin

The instant gelatin we know and love today appeared in the late 1890s. A man by the name of Pearle Wait in LeRoy, New York, was experimenting with gelatin to make more palatable versions of his cough syrups and laxative teas. During this process, he discovered the delicious combination of fruit and gelatin, which his wife dubbed “Jell-O.” He ended up selling the trademark in 1899 for $450 to someone with more experience in marketing and manufacturing, and the rest is history.

Just a few years later in 1902, sales reached $250,000 (equivalent to more than $8 million today) thanks to a successful advertising campaign. The previously handmade product was now produced in a specialized factory, turning collagen into gelatin, and then drying and grounding that gelatin into the powder we’re most familiar with. The first flavors produced were orange, lemon, strawberry, and raspberry.

The popularity of Jell-O continued to grow into the early to mid-1900s, with even famed American painter Norman Rockwell getting in on the action with ads he painted for the brand.  Thanks to the advances in home economics made during the Industrial Revolution, homemakers were ready and willing to use their fancy new appliances. 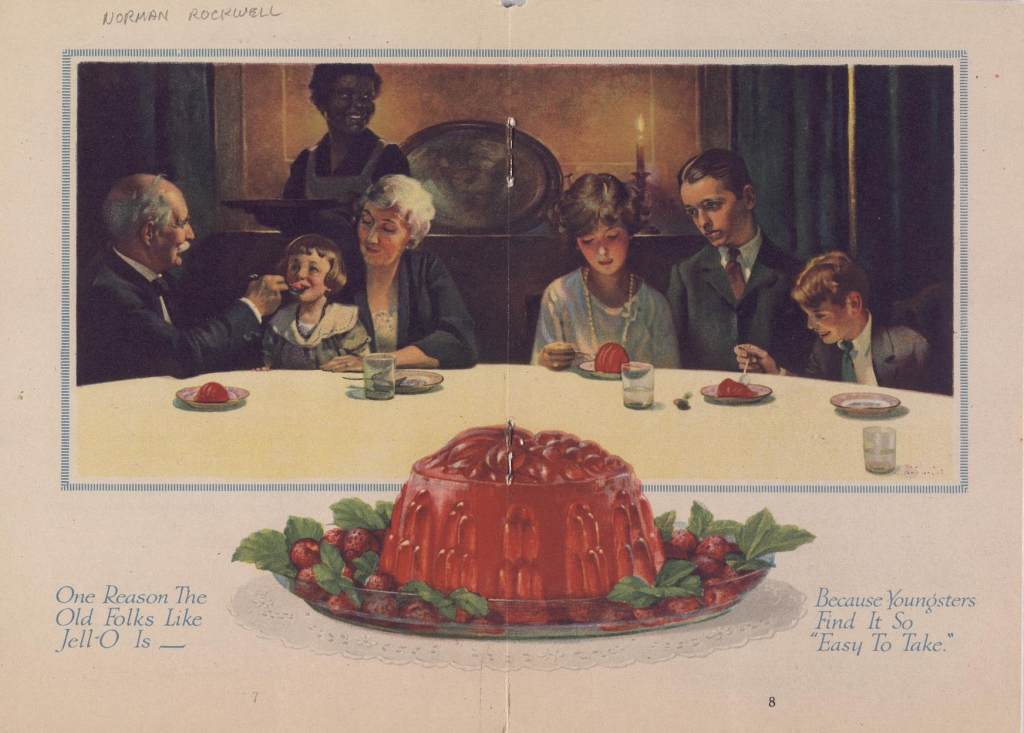 Instant gelatin fit this mold — no pun intended. It was fast, economical, and mess free! Housewives would often stretch the family leftovers by encasing them in gelatin, which would cut their clean up time in half.

The versatility of Jell-O peaked in the 1950s to ’70s with flavors such as mixed vegetables, celery, seasoned tomato, and Italian salad, making it a go-to dish for family dinners or large gatherings. One of the most famous Jell-O dishes from back in the day was a lime cheese salad which included cottage cheese, mayonnaise, seafood, and — of course — lime Jell-O. The recipe opportunities were endless, just toss in some meat and/or veggies and watch in awe as they bounce around suspended in a layer of Jell-O.

The Downfall of Jiggly Dinners

The popularity of savory Jell-O salads plummeted after the ’70s, thanks in part to nutrition campaigns that highlighted the dangers of eating too much sugar, relegating gelatin to the dessert aisle it continues to live in today. In this episode of Believe It or Not! Bites, we recreate some of these retro (and somewhat revolting) recipes. Bon appétit!