The time millions of LEGO pieces got dumped into the ocean. 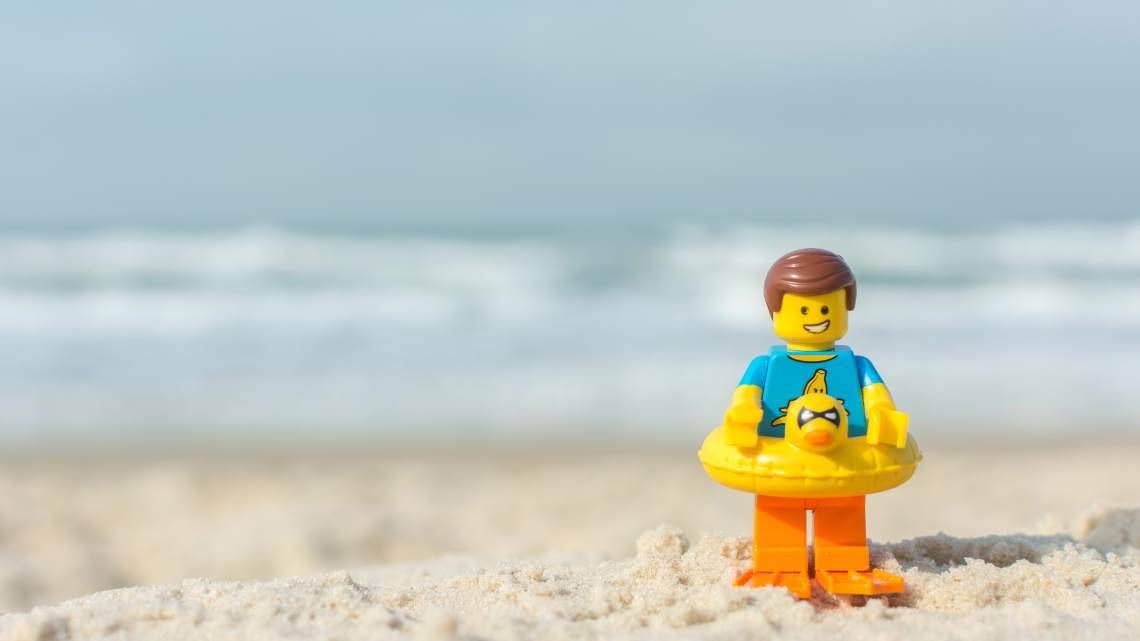 From classic LEGO themes like Aquazone and Atlantis to recent minifigures like Aquaman, LEGO is no stranger to underwater adventures. Seafaring journeys have been a core aspect of LEGO’s history, both in play and disaster.

On the southwestern coast of the United Kingdom on February 13, 1997, a shipping crate with 4.8 million LEGO pieces spilled into the ocean, resulting in the biggest toy-related environmental disaster of all time with long-lasting consequences.

Dubbed “The Great LEGO Spill,” the container ship Tokio Express was following its usual trade route and on an important mission to deliver the precious plastic cargo from the Netherlands to New York. Recounted as a “once in a 100-year phenomenon” by the ship’s captain, a brick-breaking wave smashed against the vessel, plummeting 62 shipping crates into the sea!

Other non-nautical pieces included 353,262 foursomes of daisy flowers (in red, white, and yellow), 50,000 brooms, and 33,941 dragons (in black and green), likely meant for Fright Knights and Town sets.

Lost and Found at Sea

Given how lightweight LEGO pieces are, an estimated 3,178,807 pieces drifted around the world, many of which built themselves on the shores of Cornwall, England.

Tracey Williams, a frequent beachgoer, and author of Adrift: The Curious Tale of the Lego Lost at Sea, has been around these sandy LEGO bricks for her entire life. From growing up in South Devon, England, to her current home in Cornwall, she still finds LEGO bricks washed up on UK beaches 25 years after the incident!

All these Lego pieces from the spill – 80 in all – were found on beaches in Wales during #2minutebeachclean sessions by hen_ysgol, who posted this image on instagram today. Another flipper was found after the picture was taken. https://t.co/81DDMJCN1r pic.twitter.com/7IFb84vNqU

To aid in her efforts to track and clean up washed up LEGO, Williams started the “LEGO Lost at Sea” Facebook group. Here, members from across the globe report their beach findings, from LEGO pieces to other toys.

Is Plastic Bricking Our Ecosystem?

While bricks washing up on the shore seems like a dream come true for a LEGO fan, it is a part of an ongoing problem plaguing our oceans. Per reports from the IUCN, over 14 million tons of plastic end up in the ocean every year! Marine wildlife often mistake plastic for food, causing starvation and other injuries.

Plastic pollution has led to microplastics making their way into seafood, drinking water, and other beverages like beer. According to the WWF, humans ingest up to five grams of plastic a week!

Building on their Sustainability Efforts

“I’d love to go back 25 years and not let anything get in the ocean,” says VP of environmental responsibility at the LEGO Group Tim Brooks, in an interview with Williams.

Brooks has made monumental efforts in the LEGO Group’s role in environmental and sustainability. In 2017, he accomplished the LEGO Group’s goal of using 100% renewable energy three years early. In 2021, Brooks unveiled a prototype LEGO brick made from recycled plastic. He currently seeks to eliminate single-use plastic in all LEGO sets by 2025.

Despite the tragic accident of the Great LEGO Spill, thanks to people like Williams and Brooks, they are building a brighter future in keeping LEGO sustainable and out of the ocean. If you happen to find yourself walking along the shores of Cornwall, consider grabbing a few pieces for your collection. Just be careful not to step on any LEGO bricks accidentally.

Next post Mummy Unwrapping Parties Of The Victorian Era