The Hamster That Trades Cryptocurrencies… And Profits

Based on the hamster’s choice of tunnels, specific cryptocurrencies get bought and sold. 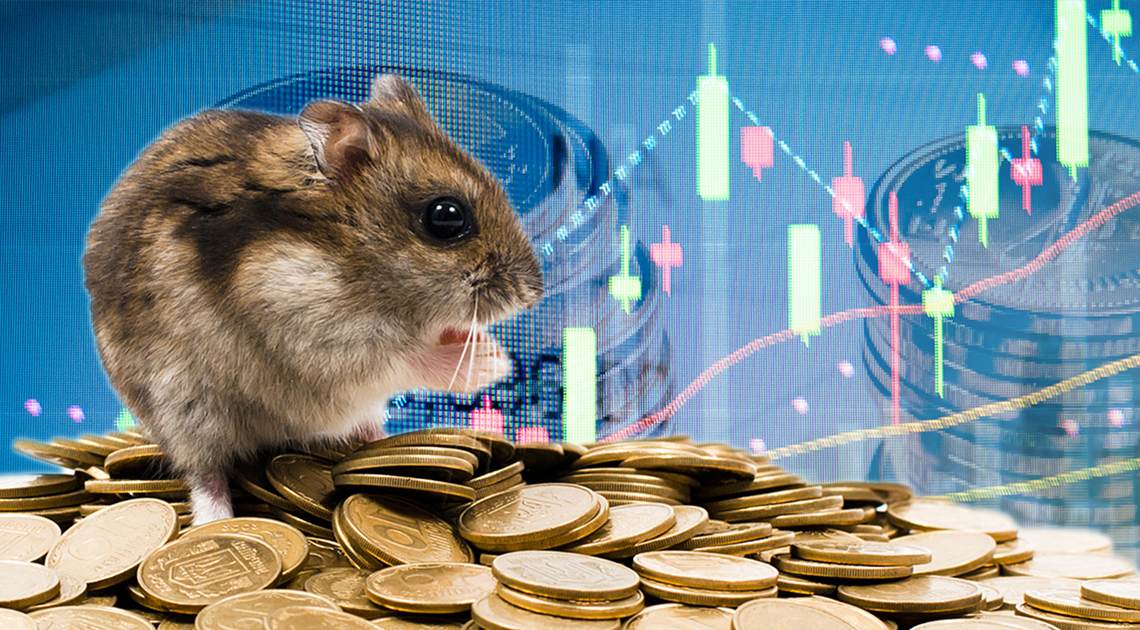 From Bitcoin to Ripple, Dogecoin to Ethereum, understanding the ins and outs of cryptocurrencies (and how to profit from them) isn’t for the faint of heart. After all, cryptos have a reputation for incredible volatility. Tens of thousands can be made and lost in a matter of days or even hours. Yet, the promise of getting rich quick continues to draw people to alternative money, and there are plenty of gurus out there who claim to have all the answers, including a hamster named Mr. Goxx.

Yep, you read that right, and don’t let the adorable appearance, furry body, and whiskers fool you. This little rodent is making it rain. Here’s the lowdown on the crypto-crazed critter, and how he got started in alternative coin investing.

The German hamster trades cryptocurrencies in a rigged container known as the “Goxx Box” and has done so since June 2021. The box contains two tunnels. Based on the hamster’s choice of tunnels, specific cryptocurrencies get bought and sold. While all of this might sound haphazard and random, Mr. Goxx is getting results. As of November 10, 2021, he boasts a portfolio with a time-weighted rate of return (TWR) of +28.42 %, according to Mr. Goxx’s Twitter feed.

Mr. Goxx gets livestreamed every day, and he often performs better than the S&P 500 over the same time span! Think of the iconic hamster’s “Goxx Box” as a cryptocurrency trading office. The hamster starts by selecting one of 30 different coins. Once Mr. Goxx has made his selection, he must decide between two tunnels. One tunnel triggers the “Goxx Box” to buy more coins, and the other tells Mr. Goxx’s owner to sell the chosen token.

The Trading Secrets of a Rodent

What are some of the top cryptocurrencies owned by the hamster? They include Ripple, Tron, and Ether. His portfolio contains $390 worth of Euros, and his owner buys and sells in $20+ increments. What plans does Mr. Goxx’s owner have for the future? He’s exploring ways to give the hamster greater control over his choices. This will include allowing Mr. Goxx to choose buying amounts as interest in his livestreams (and subsequent revenues) increases.

In September 2021, Mr. Goxx’s portfolio reached an all-time high of $580. That represented nearly a 50 percent rise in profits in just three months. That said, more recent events, including a crypto sell-off, have revealed chinks in the fuzzy financial expert’s armor. That said, the hamster’s owner says Mr. Goxx still recognizes that a profit is a profit. The tiny rodent’s caretaker reports, “Mr. Goxx is happy to see that some of his investments finally pay off.” Considering the hamster’s performance has outstripped both the S&P 500 and Warren Buffet, we think the fuzzball may be onto something.