Saint Patrick’s involvement with the grisly gateway to Hell, and the monastery built above it, dates back quite a long time. 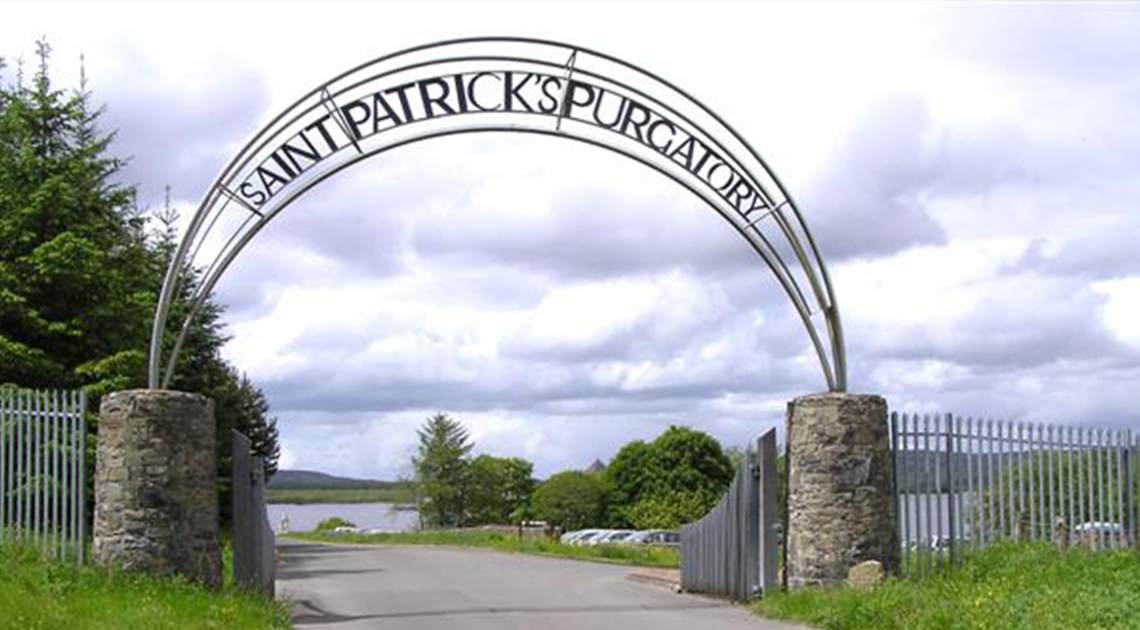 Saint Patrick is one of the most fascinating figures in Irish history. As with many saints, the stories surrounding him have been told for centuries—altered and embellished countless times along the way. It’s tough to separate fact from fiction, but one thing’s certain: he didn’t drive the snakes out of Ireland.

Somewhere on a small Irish island, though, there’s said to be a portal to the gates of Hell. Saint Patrick’s involvement with this grisly gateway, and the monastery built above it, dates back quite a long time.

Who Knew Purgatory Was This Pretty?

Mythological interpretations of purgatory paint pictures of grim, desolate no-places. Lough Derg, in County Donegal, Ireland, couldn’t be further from this image. Like much of the British Isles, it’s a beautiful, lush area—though certainly remote and more than a little windswept. Nevertheless, this lake is home to St. Patrick’s Purgatory and one of the most grueling Christian pilgrimages on the planet. 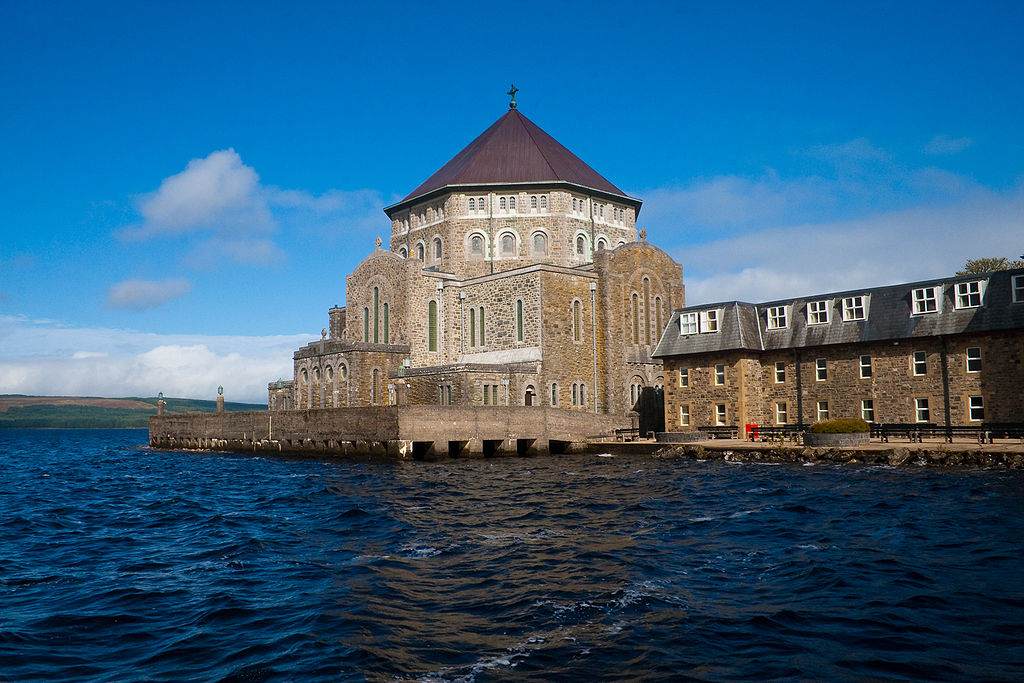 It’s said that, on this small, unassuming island, St. Patrick was visited by Jesus himself. He took the Saint to a secluded spot where he was subjected to a first-hand glimpse of the underworld. Needless to say, such images spurred Saint Patrick and those who supported him to new levels of piety. A monastery was constructed on the island, and while there’s no historical evidence that the Saint was ever here himself, it bears his name.

As befits a Saint, the tales of Patrick’s life are marked by triumph over adversity and great deeds. He is also forever associated with Croagh Patrick, another of Ireland’s most revered holy sites. On this magnificent mountain in 441 AD, the priest fasted for the 40 days of Lent, and pilgrims continue to follow this example today. It’s a challenging climb that isn’t for the faint-hearted, but this is exactly what makes the holy site such a draw.

While the Saint is frequently credited with tackling Paganism in Ireland and converting the country to Christianity, it’s important to remember that such a process took centuries. The Celtic peoples had their own religious beliefs and practices, often portrayed as primitive and barbarous, but Saint Patrick was no stranger to Paganism himself!

The design of the Celtic Cross is often attributed to Saint Patrick, perhaps resulting from the need to combine Christian and Pagan iconography to ease the transition. It’s easy to see how the circle, an image of the all-powerful Sun, could have been incorporated. He is also believed to have encouraged the celebration of Easter with the lighting of fires, a traditional Celtic manner of honoring the gods. 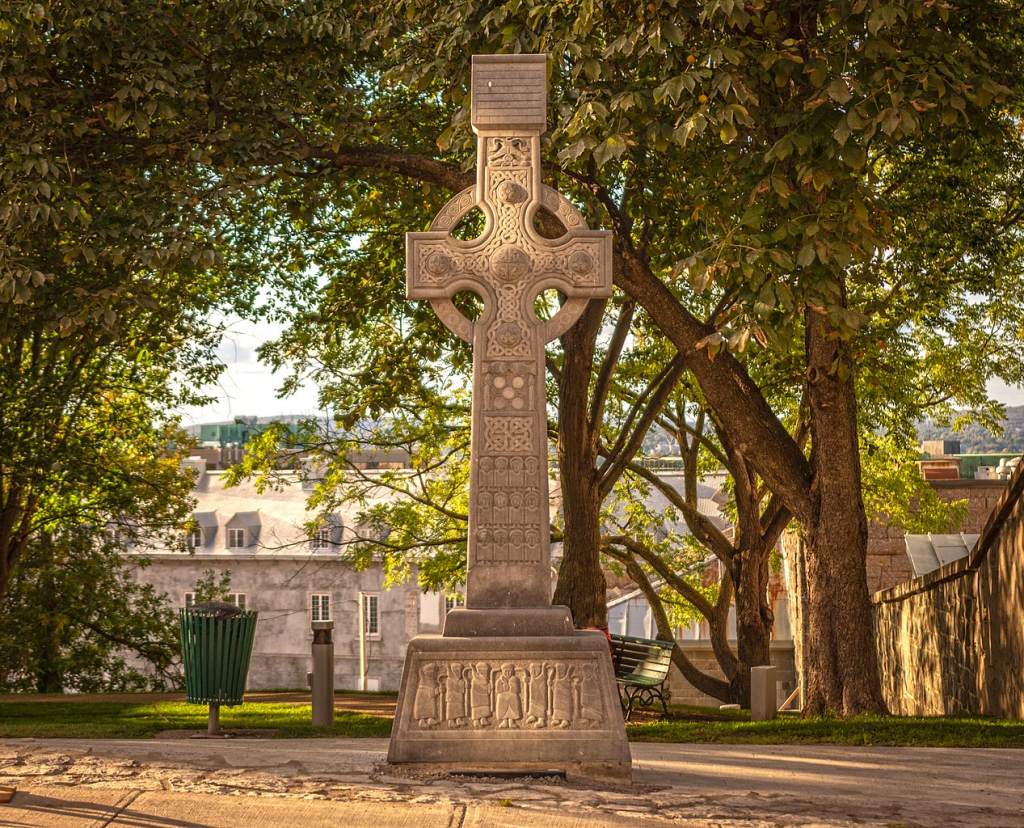 Celtic Cross at the Artillery Park

While this appears to have been an effective manner of ensuring conversion was as palatable as possible, Patrick was not the man who brought Christianity to Ireland—there were already Christian communities, though they were small—and some of his practices were distinctly un-Christian through necessity.

On the mountain of Croagh Patrick, the Saint is said to have summoned all manner of loathsome creatures, from snakes to dragons, leading them to their deaths over the precipice. While Ireland was snake-free (and assumed to be dragon-free), this highlights the curious dichotomy of Saint Patrick again: in some respects, he is as associated with Paganism as he is with Christianity.

This mountain itself, prior to Christianity becoming widespread in the country, was a sacred spot to Pagans, too. Previously dubbed Cruachan Aigli (Eagle Mountain), it was a place of pilgrimage in deference to Lugh, God of farming, agriculture, and the harvest.

It has been claimed that St. Patrick’s Purgatory on Lough Derg is situated on the wrong island and that the church used another after finding the original Pagan site inhospitable. Whether this is truly the case or not, pilgrims have been visiting the sacred site annually for centuries. It’s a grueling spiritual challenge that spans three days of fasting and the simplest accommodation, with cell phones and other devices strictly forbidden. The good news, however, is that Patrick’s infamous snakes, dragons, and other terrible critters aren’t going to be there to hound worshippers.

The monastery complex on the island looks markedly different today, but the remains of the 15th-century building can still be seen in places. Tourists are generally forbidden from visiting, lest they disturb worshippers. While there’s no historical record that Saint Patrick was ever truly there, it’s fitting that the country’s Patron Saint would be strongly associated with one of its most hallowed places of worship. Needless to say, there’s no evidence that a portal to Hell itself exists here either! 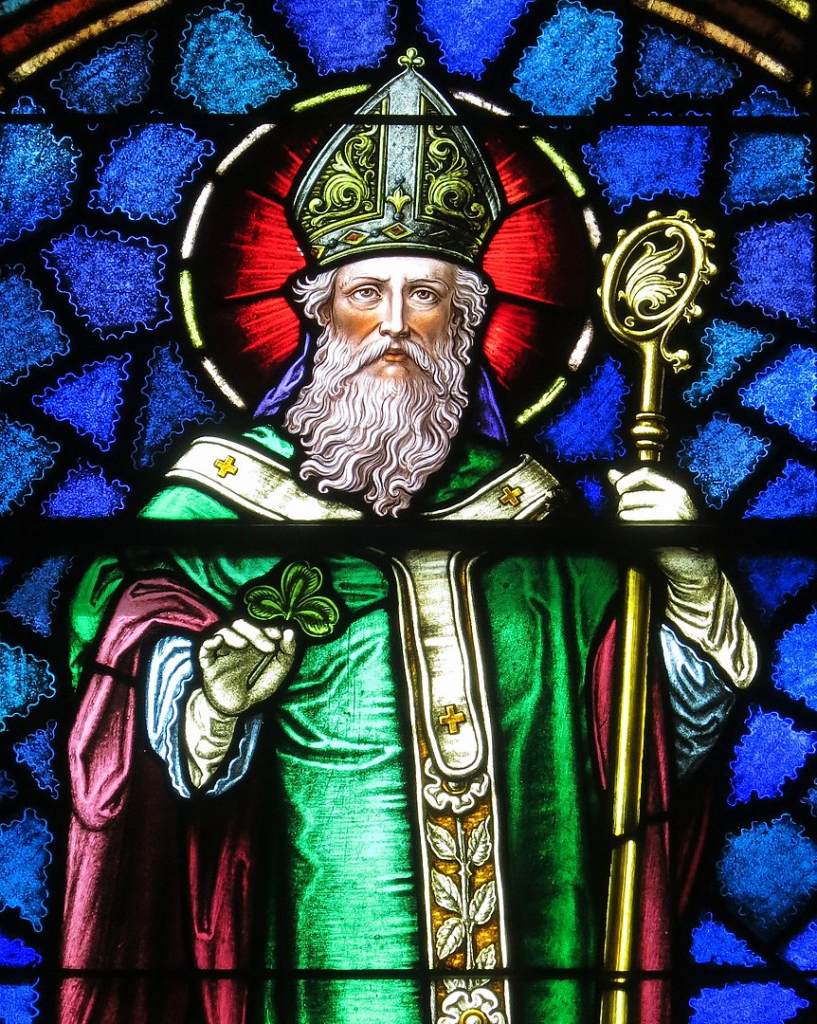 Still, it’s a spooky tale worthy of Patrick, a man who was steeped in Paganism and not above summoning ghastly hordes of demonic critters—albeit to expel them from the realm. Patrick was not a true Saint; he wasn’t officially canonized by the church as no such process existed during his lifetime. He didn’t banish those snakes or actually introduce Christianity to the country, but this mysterious Irish icon played a crucial part in the country’s religious growth. Intriguingly, the macabre stories surrounding him didn’t even end with his death!

As with many Saints, several relics of Patrick’s still exist. A magnificent silver box, which is said to have housed his jawbone, can be seen in the Catholic church of Derriaghy, County Antrim. A tooth and his bell are in Dublin’s National Museum. A shrine that is said to have once held an arm bone of his rests in Belfast’s Ulster Museum. His Crozier, with which he is alleged to have eradicated snakes from the country, was revered for hundreds of years before being burned in public in 1538, during the Reformation. Those who gaze upon these artifacts sometimes have no idea of the fascinating, grisly stories associated with Patrick or of the pilgrimage and portal that bears his name.

Next post Beauty And The Beast: The Wild History Of Female Animal Trainers

Previous post What Was The Definitive Worst Year In History?