Whether the Iron Maiden of Nuremberg was really used or not is impossible to say, but the strength of the legend around it speaks for itself. 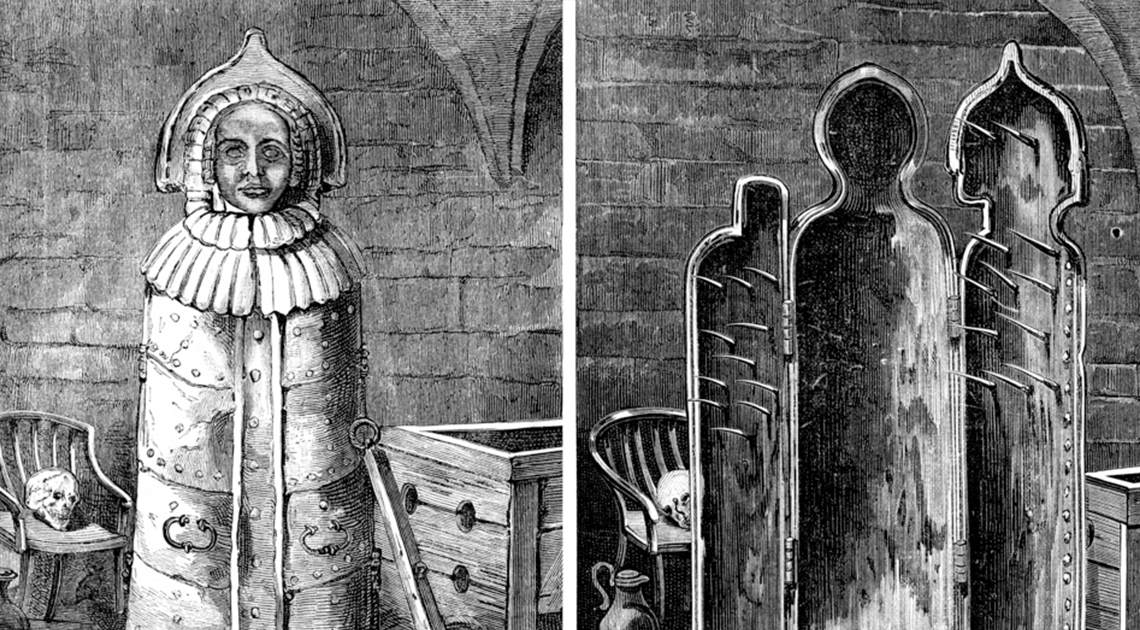 The Early Middle Ages had been dubbed the Dark Ages—unfairly considered nothing more than just that: a barbarous period of fascinating and terrifying relics like the schand flöte (Shame Flute). Due to the presumed lack of cultural advancement prior to the dawn of the Renaissance, many historians argue that this doom and gloom nickname is an inaccurate description of an era that was, in fact, an intriguing, vibrant time, marked by great social and economic change.

However, knowing what curious contraptions came out of the Dark Ages, we at Ripley’s believe the name is quite fitting… Cue the dreaded Iron Maiden.

The Iron Maiden of Nuremberg

Throughout history, there have been contradictory accounts of this grim, vertical-standing coffin laced with spikes and similar methods of torture. The most famous Iron Maiden legend is that of the iconic Iron Maiden of Nuremberg, which alleges it was built at the turn of the 19th century and was later shattered by bombing raids at the close of World War II.

The history of the Iron Maiden of Nuremberg is almost impossible to verify (as is the case with the alleged Medieval use of Iron Maidens in general), but this infamous instance of the device certainly provides a grim and fascinating tale to tell.

Initially known as the ‘Nuremberg Virgin,’ legend has it that this device was adorned with a bust of the Virgin Mary and utilized against non-believers. The Inquisition, it’s said, employed it against their victims, using a Nuremberg-constructed Maiden designed specifically not to instantly kill, but to prolong pain as much as possible. Its blades were long and vicious but carefully placed so as not to cause fatal damage to the body… at first.

With the Iron Maiden, it’s not simply about the puncture wounds or the repeated opening and closing of the doors, but the isolation, darkness, and silence in between.

The Iron Virgin, for all its cruelty and horror, may not have simply been intended as a plaything for the sadistic. As far as the Inquisition was concerned, physical pain in this world was liberating and sin-cleansing. The sufferer was, perhaps, absolved of their sins by this terrible treatment.

The Timing and Truth to Torture

However, as previously mentioned, the Iron Maiden of Nuremberg was said to have been constructed in the year 1800, placing it firmly out of the era of the Reformation. By this time, tourists with an interest in the macabre had to be catered to, and grim tales of such devices could be very lucrative. An Iron Maiden with the face of the Virgin Mary was a real showstopper as a Medieval torture device, even if it may have actually been (as has been reported) a simple exaggeration of the Schandmantel, or shame cloak—a barrel of sorts that unseemly members of society were forced to wear as a sort of mobile stocks! 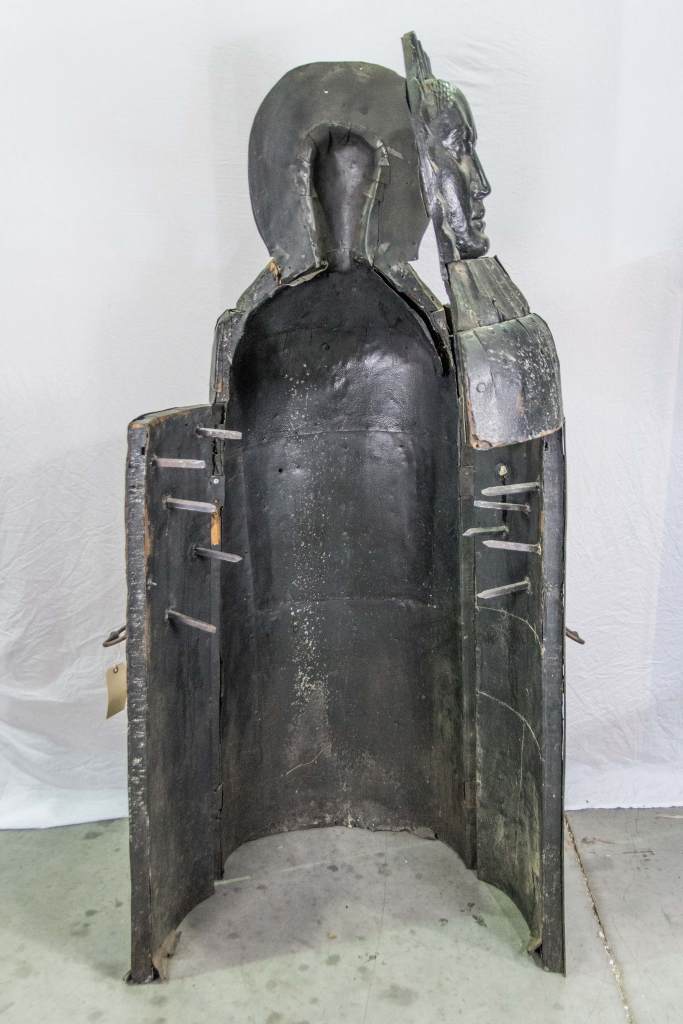 Some of the Iron Maiden’s notoriety in popular culture can be attributed to Johann Phillipp Siebenkees, a historian of the eighteenth century who wrote a dubious and dramatic account of the execution of a forger of coins in the sixteenth century. Whether the Maiden had existed and been in use prior to this—either the Iron Maiden of Nuremberg itself, or a device of the same name—is up for debate, but versions of the machine began to be created by those of a vicious disposition. With that, it cemented its place in the public consciousness.

The Inspiration for the Maiden: The Apega Of Nabis

The earliest mention of a device akin to the Iron Maiden can perhaps be attributed to Polybius. He wrote of the Apega of Nabis, which was designed by the cruel tyrant Nabis. He assumed rule of Lacedaemon after Machanidas’ death in 207 BC and set about consolidating his iron grasp of the Ancient Greek city-state in the cruelest ways possible.

Nabis is said to have wrested every ounce of wealth from his people that he possibly could, torturing those who did not yield to him in the most horrific ways. His wife, Apega, was the inspiration for the most grimly creative of these methods: the Apega of Nabis, a figure of a woman studded with vicious spikes on its arms and chest. Intoxicated victims were said to have been placed in a room with the ghastly statue, and on touching it, would be pierced by its many sharp spikes.

The Apega of Nabis or Iron Apega was said to have been a fitting ‘homage’ to a woman as vicious, greedy, and bloodthirsty as her husband, but it was also a fascinating creation. An elaborate system of switches is reported to have allowed Nabis to operate this sophisticated contraption, personally…

Another example is the monstrous Brazen Bull. This story dates even further back to Phalaris and his rule of Akragas (now Sicily). Every bit as vicious a ruler as Nabis, Phalaris was delighted when his sculptor Perilaus presented his latest work: a brass statue of a bull, featuring a complex system of piping and room for an adult human to fit inside.

It’s reported that Phalaris delighted in trapping those who displeased him inside the device, steadily heating it over a fire until they perished in agony. The anguished howls of victims were converted to bull-like roars by the pipes… 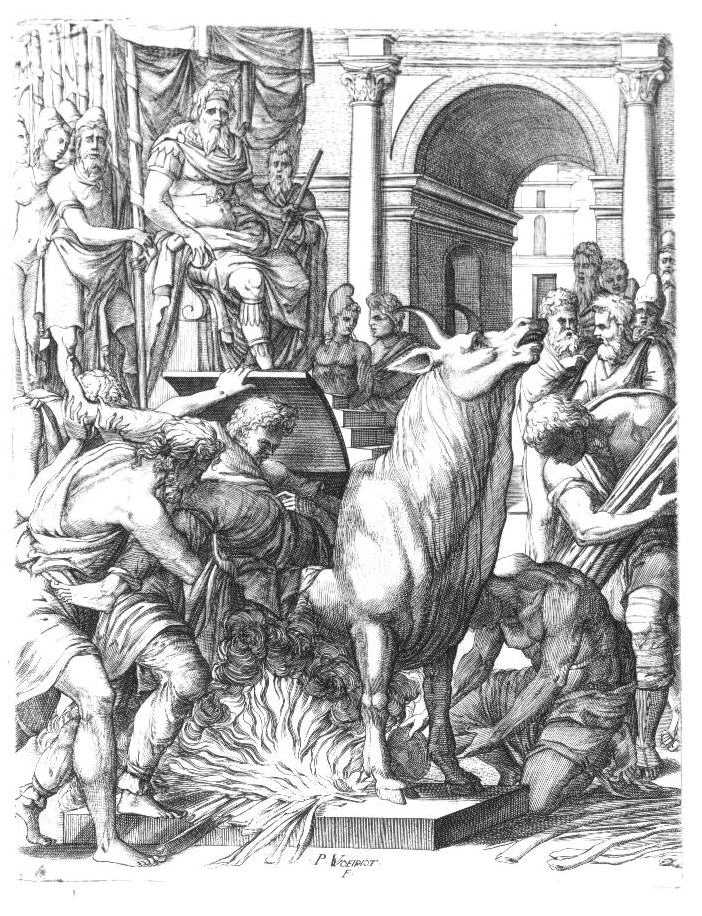 Perillos being forced into the brazen bull that he built for Phalaris.

Both the Apega of Nabis and the Brazen Bull make for grim, fascinating tales, but the question is: were they real, physical devices that were actually used? There are accounts that Phalaris perished in his own Brazen Bull after Telemachus seized power, but Ancient Greek historians are also known to have told implausible or inaccurate stories of certain events. Were these hideous machines allegorical of the cruelty and greed of their ‘owners?’ It’s tough to know for sure, and the same is true of the Iron Maiden.

Whether the Iron Maiden of Nuremberg was really used or not is impossible to say, but the strength of the legend around it speaks for itself.

Finding A Home In The Ripley’s Collection

Believe It or Not!, Robert Ripley acquired the Iron Maiden of Nuremberg during one of his travels to Germany. He’s said to have carried the eight-foot-tall device all the way home to join his growing collection of exhibits. Shaped like a coffin and lined with 13 sharp iron spikes, this piece continues to have a home in the Ripley’s collection today! 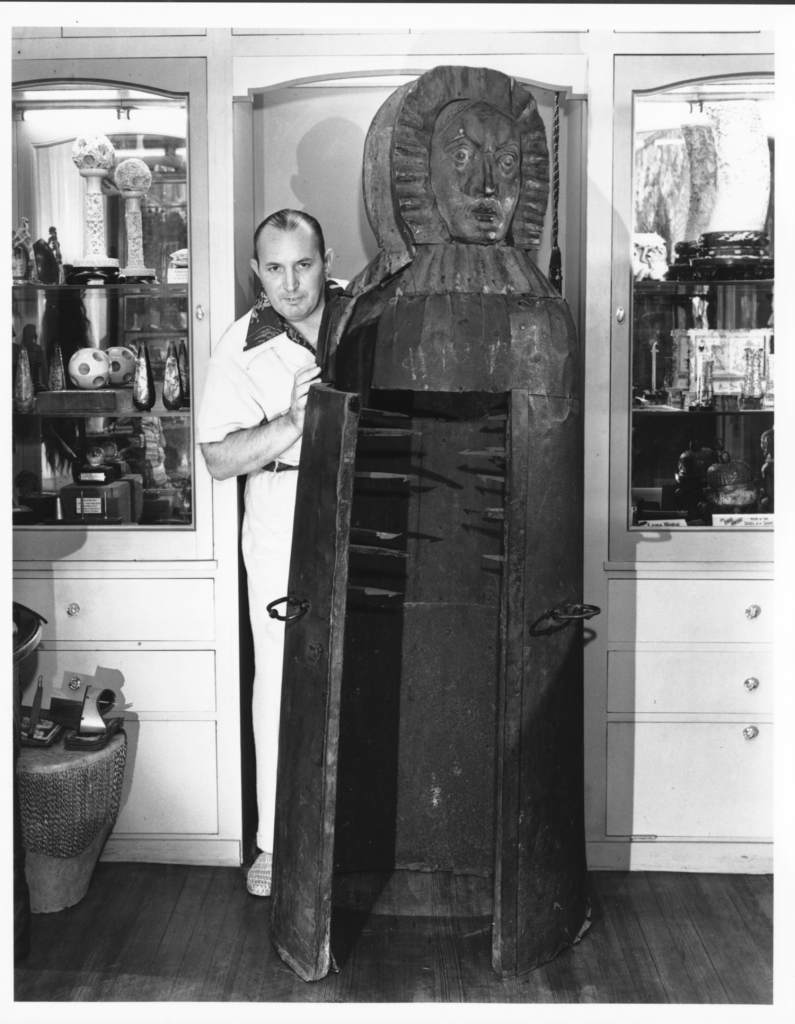 Robert Ripley once carried this authentic medieval torture device home from Nuremberg, Germany. Eight feet tall, it is shaped like a coffin and lined with 13 sharp iron spikes, designed to pierce the eyes, throat, and heart of prisoners. || Photo via Ripley Entertainment Archives