One senior covered her coffin with photos of Elvis! 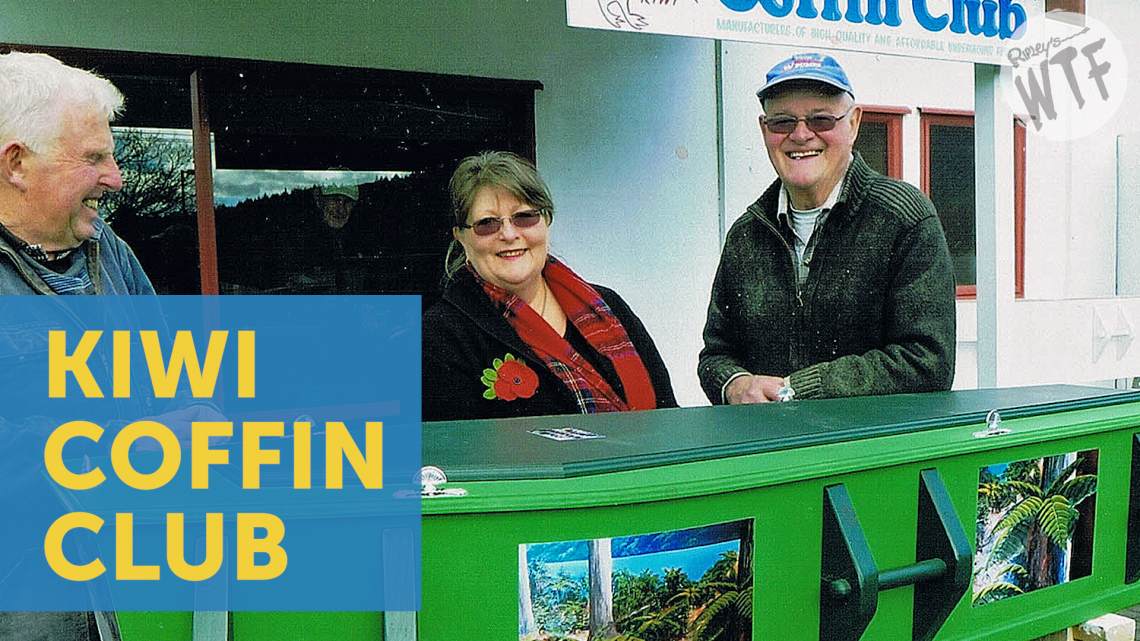 Across the north of New Zealand, a small number of strange clubs have popped up. Members are usually elderly and have set themselves to the task of making coffins…their own coffins! These coffin clubs are a place for the elderly to mingle, stay death-positive and construct the casket they’ll eventually be laid to rest in. 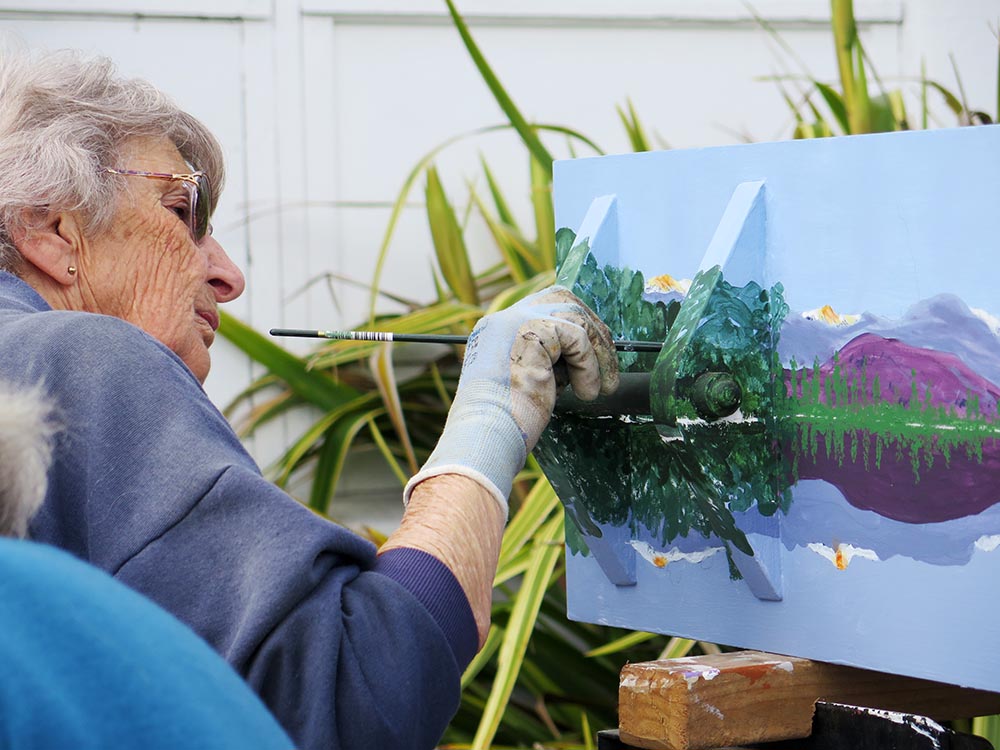 The clubs grew out of a movement within the Rotorua University of the Third Age. New groups were being formed to encourage fellowship and learning, and a single member raised her hand and said she wanted to build her own coffin. Her request was followed by dead silence…

Eventually, she and a couple others got together at her house and began working on their own coffins. As the group grew, they were able to borrow some workshop space and expand into a close-knit group of 100 members. In 2013 the group broke away from the University and officially became the Kiwi Coffin Club.

Members meet every week from 8 a.m. to 1:30 p.m. Once the basic design has been completed in the shop, the owner finishes and decorates the rest however they choose. Many adorn their new underground furniture with elements of their life or things they care about.

Volunteers and veterans stick around to help others, and the whole process helps keep many elderly social. It also helps make the process of discussing funeral arrangements and death with family members more open. Coffin club members feel good knowing they are in charge of their lives and have new friends to keep an eye on them as they age.

Ripley’s is no stranger to creatively made coffins. The fantasy coffins of Ghana are also made to celebrate the deceased’s life. We actually have many of these coffins in our many odditoriums around the world! 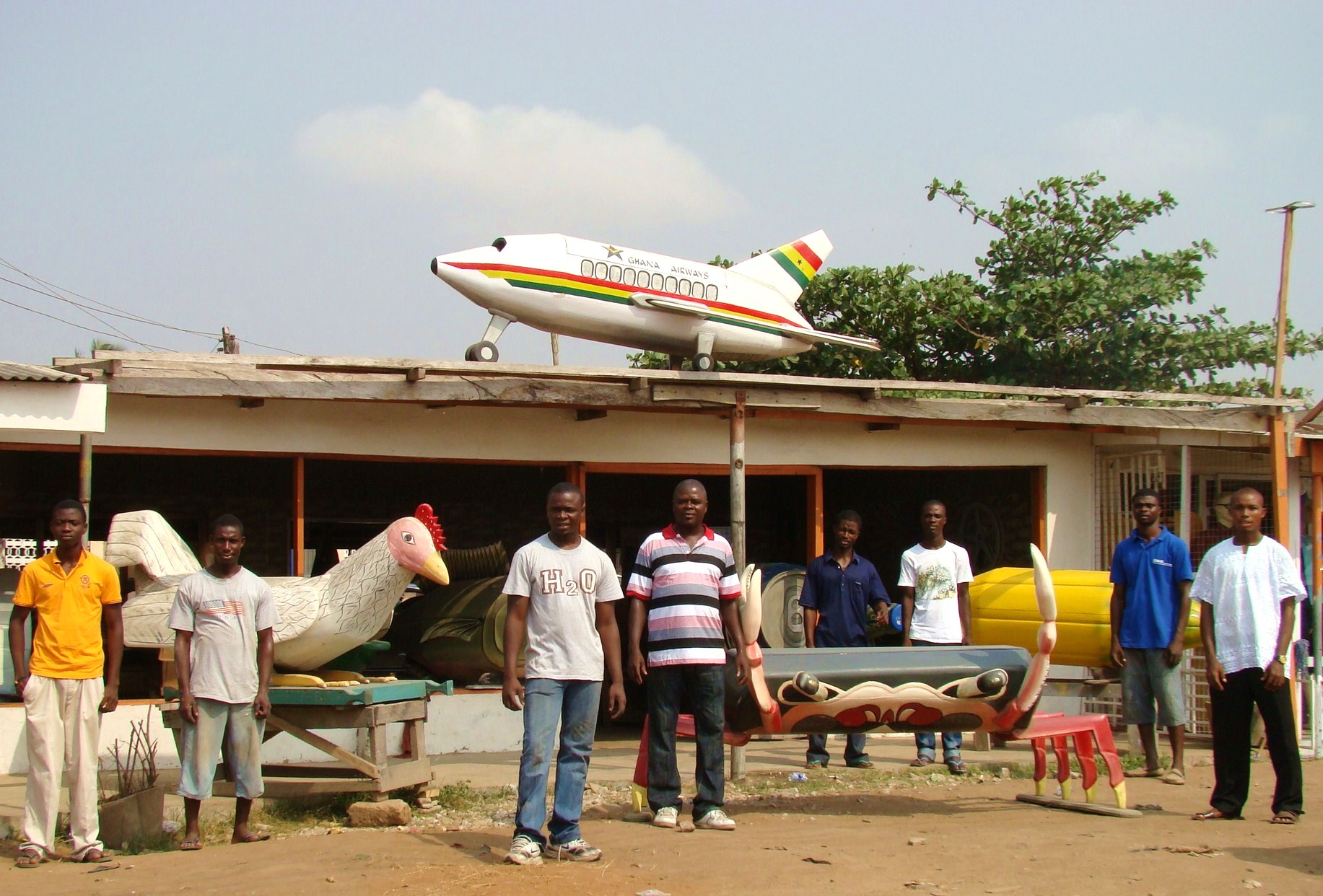 Outside the Kane Kwei workshop in Accra, Ghana where they craft about 300 fantasy coffins a year!

Next post Does A Numb Left Arm Mean A Heart Attack?

Previous post Mama Lou, A Strongwoman In A Strongman’s World