What were the odds of two bear attacks in one night? Infinitesimal but not impossible. 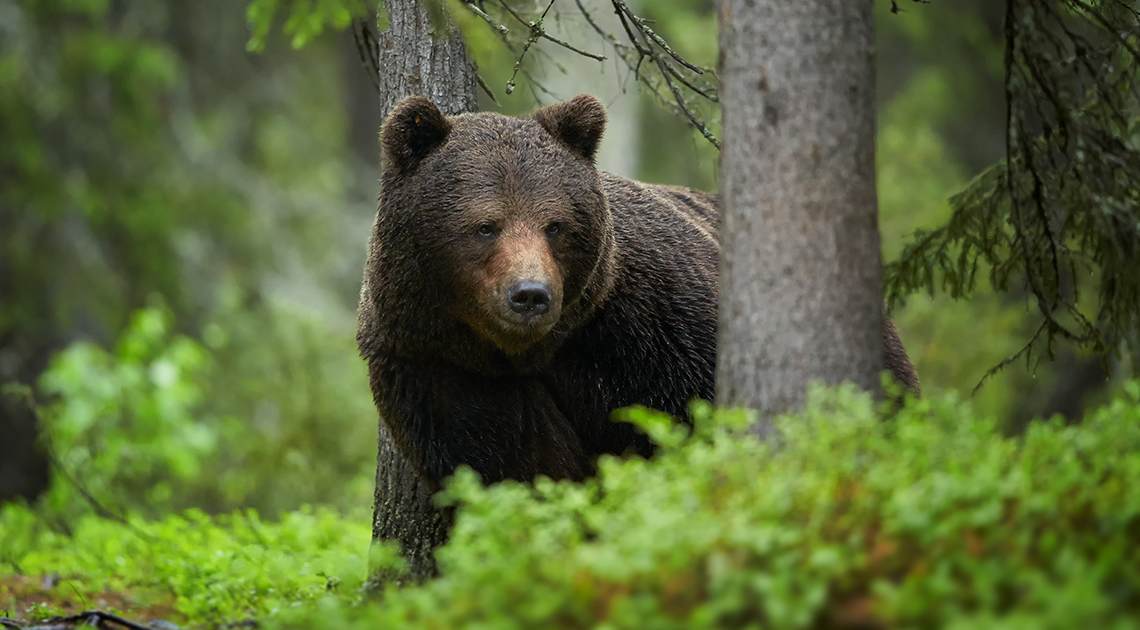 Twenty-seven-year-old Bert Gildart, a ranger at Glacier National Park, found the mauled body of Michele Koons. Mangled beyond belief, Koons’ body made Gildart question everything that he knew about grizzly bears. It was the summer of August 1967, and since the park’s opening in 1910, dangerous encounters between grizzlies and humans were almost nonexistent. Yet, as Gildart looked at what remained of Koons’ body, a resident of San Diego who worked in one of the park’s gifts shops, he knew the impossible had happened.

Two grizzly attacks on two 19-year-old girls in different areas of the park by different bears at nearly the same moment.

Incredibly, Gildart was investigating the second mauling of the previous night. What had caused the attacks of August 12th? To this day, the strange coincidence still can’t be fully explained. Here’s what we do know and how it has changed national park management.

The night of Saturday, August 12th, lightning lit the skies of Glacier National Park. Hours before, Koons and her friends had hiked to Trout Lake, passing a group that warned them about a bear. Yet, the young campers proved unphased. In the 57 years that had passed since the park’s opening, no grizzlies had ever killed a human within the park.

The campers included Paul Dunn, Ron Noseck, Ray Noseck, and Denise Huckle. Koons also brought her dog Squirt along, a violation of the park’s regulations, even at the time. Soon after making camp, a hungry, emaciated sow approached them. She stole some of their food before retreating to a nearby log jam. To be on the safe side, the campers moved their sleeping bags to the lake’s shore. They also lit a bonfire to keep the bear away. Eventually, the campers fell asleep, and the fire died down.

That’s when the bear returned.

A Fight for Survival

Huckle would later tell rangers that she awoke to a bear sniffing her sleeping bag. She felt its hot breath on her hair and scalp. Paralyzed, she waited for the bear to leave. Unfortunately, when the bear came to Koons, the young San Diegan had a different reaction. She started screaming, and the other campers darted out of their sleeping bags.

A frantic scene ensued with the campers climbing into nearby trees. But Koons’ sleeping bag zipper was stuck, and her yells only enraged the bear. The other campers called from the trees, begging her to escape her sleeping bag and climb into a tree. She replied that the bear was ripping off her arm. Her last words were, “Oh my God, I’m dead.”

The campers stayed in the trees until dawn. When they finally came down, they sprinted to the nearest ranger station. Gildart responded to their frantic call for help.

With fellow ranger Leonard Landa, Gildart found Koons’ body about 40 yards away from the campsite. Then, Gildart and Landa set out to find and kill the sow. They were searching for a bear that had long troubled the area around Trout Lake and Lake McDonald. A week before, it had chased a group of girl scouts, only backing off after taking their food. Yet, park management did nothing. Rules were lax in the 1960s with a hands-off approach, even towards the most menacing individuals.

Landa and Gildart spent the rest of the day searching for the hunter to no avail. The next morning, though, they faced a rude surprise. The hunters were being hunted. Just 30 feet away from the ranger station, they saw a bear raised on its haunches, looking out over the lake. Landa headed for their rifles.

Incredibly, the bear started towards Gildart, a highly unnatural behavior for wild bears who usually scattered at the sight of humans. But this one was afraid of no man, including the rangers. Gildart and Leonard acted quickly, shooting the animal in its tracks. They called in a forensic expert to verify whether or not the sow had killed Koons. After slicing the bear’s stomach open, the expert retrieved a ball of blond hair. No doubt remained.

The forensic expert also determined that the bear had glass embedded in its teeth, the result of consuming garbage. This condition made it difficult for the bear to eat. As a result, the 20-year-old sow was desperately thin, weighing just over 200 pounds.

On the same night that Koons was mauled to death by a grizzly on the shores of Trout Lake, the unthinkable happened 20 miles away at Granite Park Chalet. Eighteen-year-old Roy Ducat and 19-year-old Julie Helgeson set up camp a quarter-mile away from the Granite Park Chalet. Both worked at the East Glacier Park Lodge. Like Koons and her friends, Helgeson and Ducat received a warning before making camp that night.

Why? The spot they chose sat by a path frequented by bears. Young and in love, the couple decided to take their chances as they snuggled in a single sleeping bag.

Ducat would later tell rangers he awoke to Helgeson, whispering for him to remain quiet. A bear was nearby. Despite doing everything right, the bear attacked, pouncing on Helgeson. Next, it went after Ducat, biting and clawing him mercilessly. He stayed as still as possible despite the onslaught. Once the bear stopped, Ducat scrambled to his feet, sprinting to a neighboring camp for help.

In the meantime, the bear dragged Helgeson into the woods. Ducat and the campers heard her retreating screams. After a frantic search, they located her 400 feet away. She was in shock and suffering from severe blood loss. They managed to get her to the Chalet and onto a makeshift operating table. There, she died at 4:12 am before a helicopter could airlift her out. Puncture wounds to her lungs and throat contributed to her death. Ducat would survive despite horrific injuries.

In the aftermath of these two vicious attacks, people groped to explain the inexplicable. What had triggered the bears? Theories abounded, from Koons’ screams to the lightning storm and even the fact one victim had been menstruating. Despite a lack of evidence, the last theory took off like wildfire. It impacted female rangers’ ability to work in the field for decades. Fortunately, this myth has since been debunked.

The answer to the question of what had triggered the bears was much more insidious. Trash. 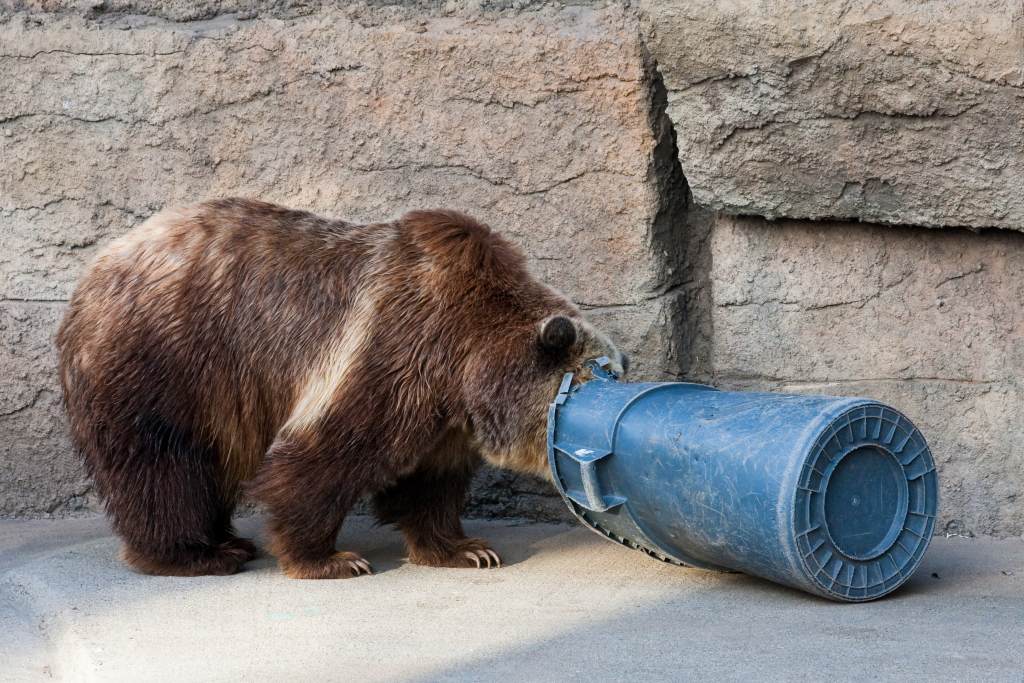 To the shock of rangers and biologists, they learned that the Granite Park Chalet indulged in evening garbage “bear feeds” to attract tourists. The events brought dangerous grizzlies into close (and regular) company with humans. It led the creatures to associate humans with food. And in a more literal sense, it brought bears down the path where Ducat and Helgeson had set up their impromptu campsite.

But the park mismanagement didn’t stop there. Backcountry hikers and casual campers left garbage everywhere. According to Jack Olsen in his book Night of the Grizzlies, the campground near Trout Lake “looked like a battlefield strewn with K rations.” It created a dangerous recipe for disaster.

Because of the attacks, many thought grizzlies would be eradicated from the contiguous United States. Some even called for their extinction. Writing at the time, Olsen observed, “The grizzly will almost certainly be banished into Canada and thence to Alaska to live out his last years as a species.” But then something remarkable happened.

At the leading of Dave Shea, a biologist and Glacier Park ranger at the time of the attacks, park practices got overhauled. The Granite Park Chalet halted all garbage feedings. Backpackers, hikers, and campers were urged to leave no trace. Those who resisted were escorted from the property. Nearby Yellowstone National Park also began to change its management practices. Where once park managers had lined garbage dumps with bleachers for visitors to watch grizzlies feast, now bear safety precautions became paramount. 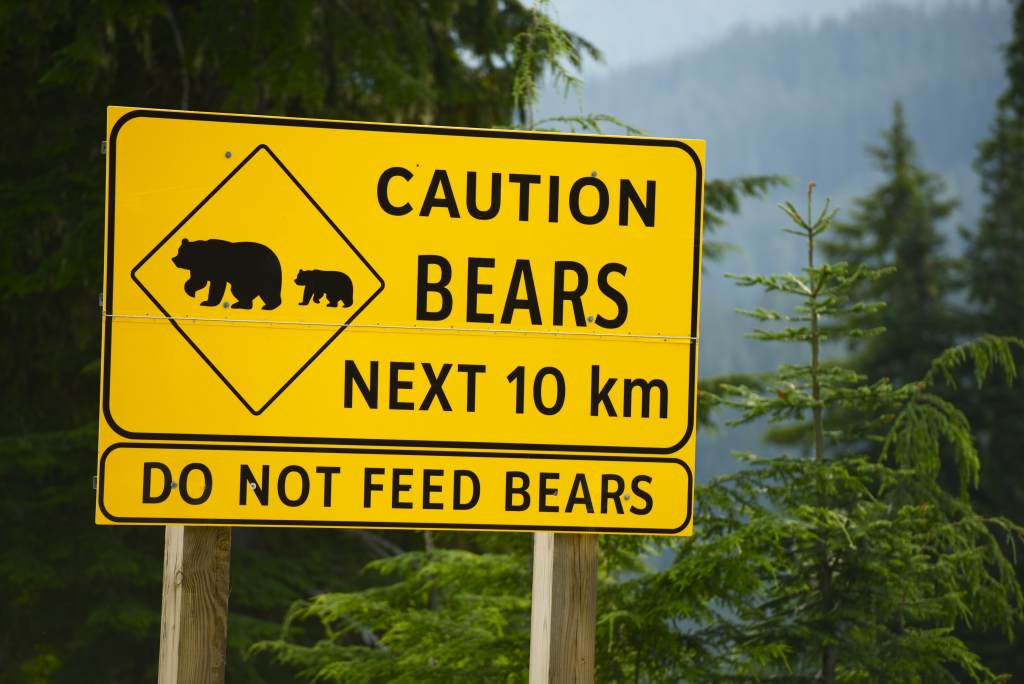 In the months that followed the vicious attacks at Glacier National Park, both parks pioneered the bear-smart outdoorsmanship in use today. They installed bear-proof garbage cans and steel cables to hang food bags. They separated cooking areas from sleeping areas, and they collected mountains of rubbish. An aggressive education program also began, teaching the public about the dangers of feeding and interacting with bears. Almost overnight, park practices transformed. Yet, the problem would take decades to remedy.

Trash-addicted bears no longer sought natural food sources. Glacier and Yellowstone collected dozens of dangerous, starving individuals who searched camps for food. Between 1968 and 1973 alone, more than 189 Yellowstone grizzlies died during encounters with humans. Yet, the decades of focus on rubbish management eventually paid off. Glacier and Yellowstone are among the most pristine national parks in the country, and the chances of being attacked by a bear remain at an all-time low. Nonetheless, with both parks seeing on average of four million visitors per year, bear safety remains paramount.

Next post Can Pigs Make A Body Disappear? Almost.

Previous post Down The Dark Alleys Of Sesame Street