It’s kind of crazy to think about how one simple cut can become a pop-culture icon for the ages. It’s actually kick-you-in-the-crotch, spit-on-your-neck fantastic.

From Central Perk to Bloomingdales, Rachel Green rocked the most iconic outfits, uttered the most quotable lines, and gave us, perhaps, the most iconic hairdo that television has ever seen. Debuting in Season 1 Episode 20 of the NBC sitcom, Friends, “The Rachel” gave women of the 90s a new bouncy, perfectly layered look for their hair. But, as effortless as queen Jennifer Aniston makes it look, “The Rachel” was actually near impossible to replicate.

Friends was a ten-season sitcom featuring six friends living in New York City. Centered around relationships, careers, humor, and the simply mundane parts of life, its relatability made it a huge hit for NBC. Over the course of 10 years, Friends was nominated for 62 Primetime Emmy Awards, with five of the six main characters receiving Emmy nominations, as well—Sorry, Monica. 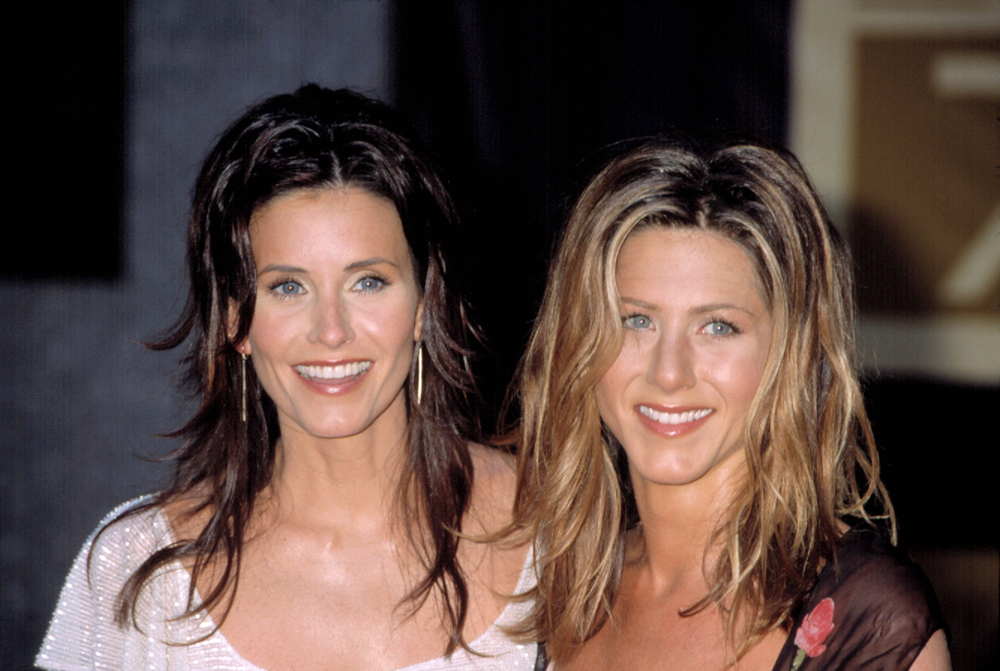 Rachel Green, played by Jennifer Aniston, enters the pilot episode as a runaway bride seeking comfort from her high school friend, Monica Geller. Eventually, the two become roommates, and the rest is history! Throughout the show, Rachel goes through many phases of growth—in her closet, her relationships, and her iconic brunette ‘do. In fact, Jen’s winning Emmy was for her performance as this developing character!

The most notable look to come from her hair transformations is, what’s now known as, “The Rachel.” In the show’s 20th episode, Rachel Green enters the scene sporting a choppy, layered, effortless look. And from that moment on the screen, women everywhere rushed to the local salon to try out Jen’s new do for themselves. What they didn’t know, however, is just how difficult this style would be to replicate.

The Man Behind The Chair

The man behind the look is celebrity stylist, Chris McMillan. Courteney Cox, who plays Monica Geller on the show, had recently gotten a haircut from Chris after filming Ace Ventura, Pet Detective. After seeing the magic he worked on Courtney’s hair, Jen’s manager asked Chris to give future Rachel Green a brand new ‘do before the pilot of Friends. Chris told Behind the Chair, “She had bangs that I thought she should grow out… I brought up the length to make the bangs seem longer. Then I pulled the hair over so she didn’t look like she had bangs, and the layers started falling forward…” Little did he know that something so “simple” would become a trending ‘90s phenomenon. 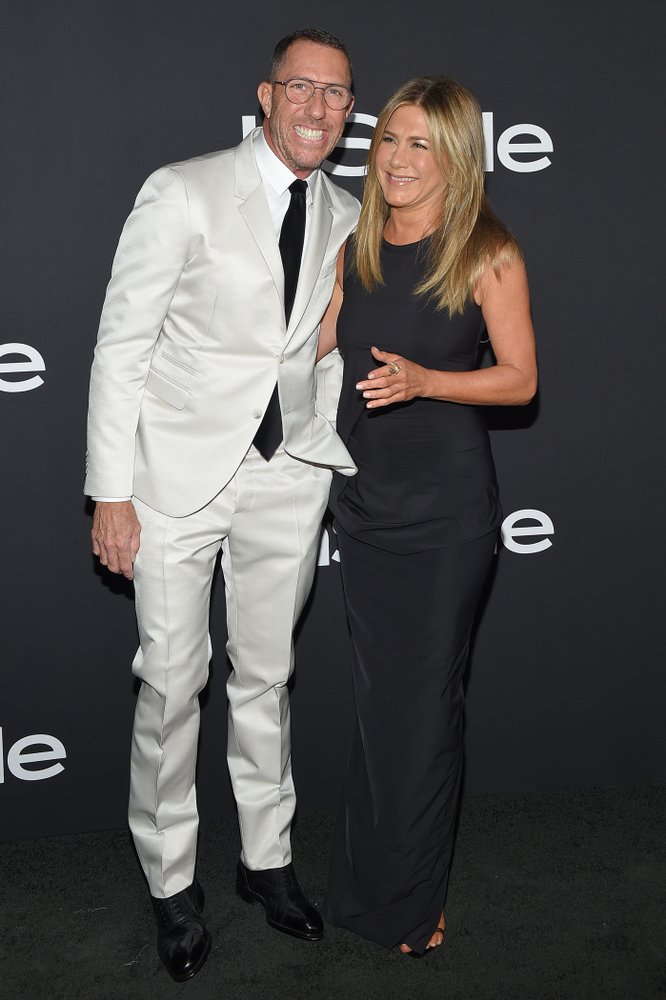 As the show gained more traction, magazine covers everywhere were plastered with the cast and Jen’s new hairstyle. Women were rushing from the newsstands to the salon chairs with their copy of the TV Guide for reference to “The Rachel.” But what many of these ladies quickly learned was that unless you had Chris McMillan in your circle, your “Rachel” was not going to be as perfect as Jen’s. This seemingly effortless look actually required a lot more TLC than advertised in the purple apartment—which, by the way, would cost you at least $4,500 a month to live in today.

“The Rachel” On The Red Carpet

Despite all the headaches “The Rachel” caused Jen, the result of her new look was nothing short of revolutionary when it came to the world of hair and television. Since that first 1994 season of Friends, plenty of other celebs tested the waters with their own take on “The Rachel”—Meg Ryan, Tyra Banks, Kelly Clarkson, and Jessica Alba all dabbled in the art of Rachel Green’s look.  And while it is a prime example of the influence celebrities have on the newest trends and styles, a few other nostalgic hairdos have also taken the salon world by storm.

Remember that time Justin Timberlake had “Ramen noodle hair”—AKA bleach blonde frosted tips? Before hair color was mainstream for men, JT basically paved the way for males in the chair. Paired with his curly fro, “guy lights” were a thing of the boy band days. Before we knew it, Mark McGrath, Nick Lachey, and Aaron Carter joined the party as well. 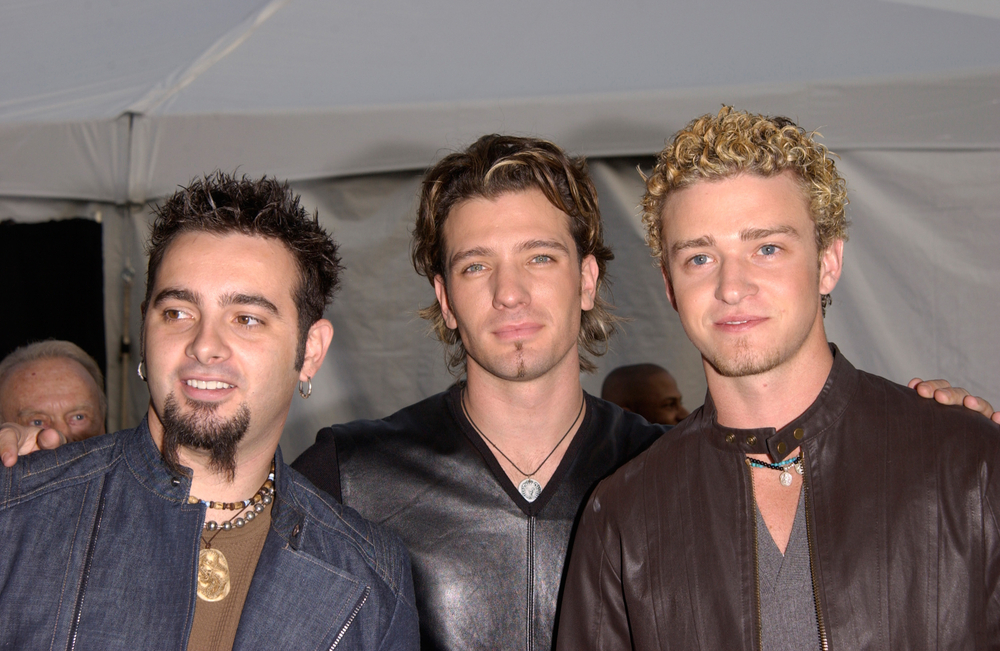 What would a hair revolution be without the mullet! The term “mullet” was actually coined by the Beastie Boys back in 1994. And since then, John Stamos, Billy Ray Cyrus, Patrick Swayze, and plenty of others, have rocked the classic “Kentucky Waterfall!” Short-on-top, long-in-back, the mullet isn’t everyone’s cup of tea, but Believe It or Not! the look is seemingly making a present-day comeback. Following in her dad’s footsteps, Miley Cyrus has recently been rocking her new party-in-the-back aesthetic—does this mean Billy Ray gets his mullet back?

Lastly, in a total juxtaposition to the sleek “Rachel,” Carrie Bradshaw showed the world the beauty of a good perm. A fashion icon to this day, Sarah Jessica Parker, has been rocking the scrunchie and perm look since she was 15. Her eighties hairdo launched the trendsetting texture of perms everywhere—even though perms have actually been around since 1872!

It’s kind of crazy to think about how one simple cut can become a pop-culture icon for the ages. It’s actually kick-you-in-the-crotch, spit-on-your-neck fantastic. It really makes you wonder what trends will come back around, and when we can expect to see them? Are you on board for the return of the mullet? Does “The Rachel” still hold up as a must-have ‘do from the ‘90s? Let us know your thoughts in the comments below!