Take a look behind the mask! 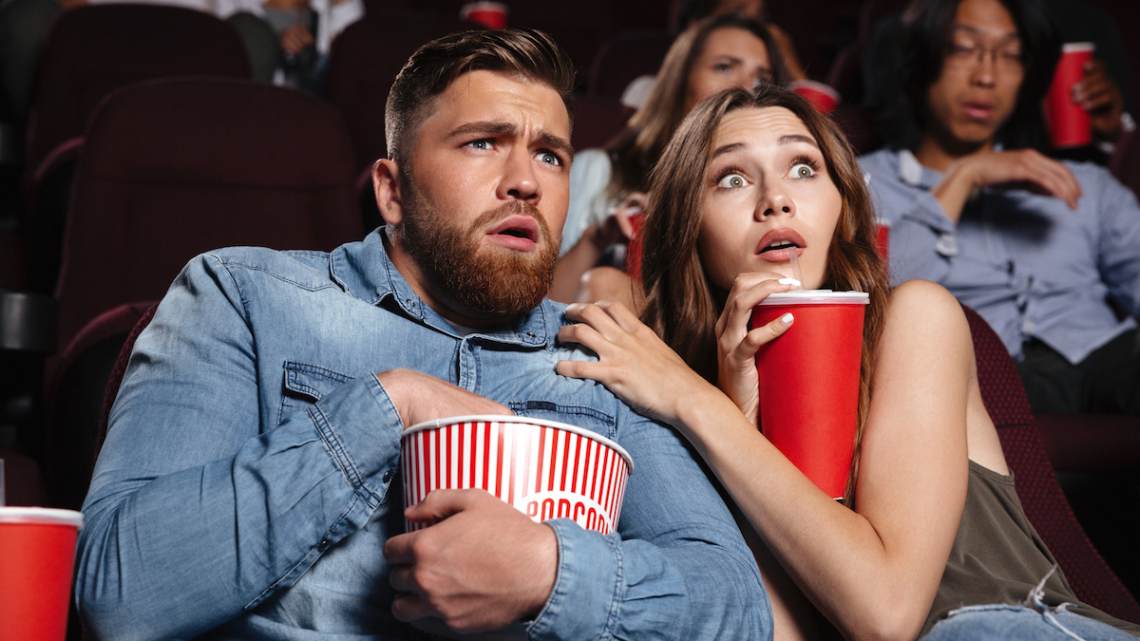 Most people think superhero movies when it comes to blockbuster films that rake in the big bucks. It’s not uncommon for them to regularly cross the $1 billion line. Although the same can’t be said for horror flicks, that doesn’t mean they should be overlooked regarding revenue generation. Horror movies remain serious Hollywood profit makers. And since they don’t cost nearly as much to produce as flicks inspired by Marvel and DC, they often enjoy better profit margins.

Of course, horror movies would be nothing without the monsters that drive the fear factor. Whether we’re talking classic antagonists like Frankenstein’s Monster, terrifying animals like Jaws, or modern nightmares like Freddy Krueger, villains rule horror. But what you may not know is that these monsters share one thing in common: real-life origins.

Keep reading for the spinetingling reality behind some of Hollywood’s most famous (and frightening) monsters.

It’s hard to find a monster more famous than Dracula, and there have been plenty of reboots of the character over the years. Notable versions include 1931’s eponymous flick starring Bela Lugosi and 1992’s remake powered by Gary Oldman as the ancient Transylvanian villain. The figure of Count Dracula is based on the historical ruler of Transylvania, Prince Vlad III Dracula (literally “son of the Dragon”). Some historians claim Vlad (a.k.a. “the Impaler”) ordered the deaths of more than 80,000 people while serving as voivode (a royal military leader), the vast majority by impalement. 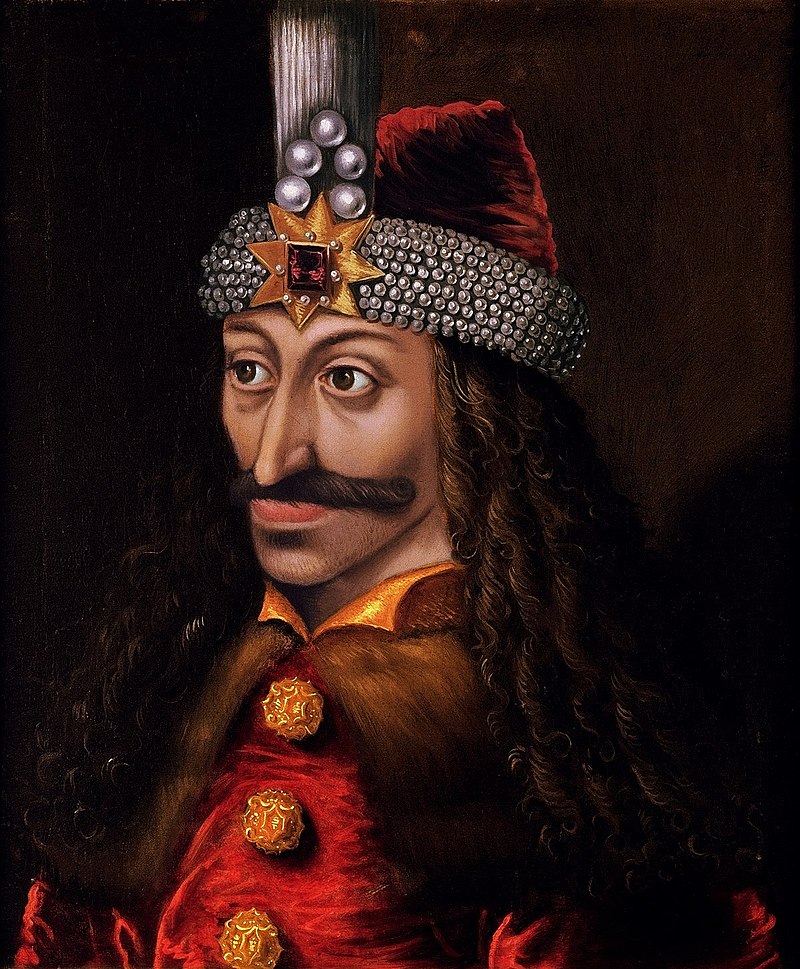 World War II came to an end with the nuclear bombings of Hiroshima and Nagasaki, Japan, by the United States. In the wake of these disasters, locals faced new horrors daily, from the initial devastation of the bombings to the birth defects and long-term impacts of radiation. Anxiety associated with the aftermath of atomic bombs inspired Godzilla, a preternaturally massive monster who plagues Japan. As a physical representation of national trauma and anxiety, Godzilla even sports roughly textured skin, echoing the keloid scars of survivors of the nuclear blasts.

Thankfully, reanimation of the dead isn’t really a thing. But that doesn’t mean zombies don’t have real-life roots. Haitian voodoo priests have long had a reputation for administering drugs to hapless victims to slow their bodily functions until they appear dead. After the near-dead cadavers endure funerals and burial, they get dug up and forced into drug-induced slavery. 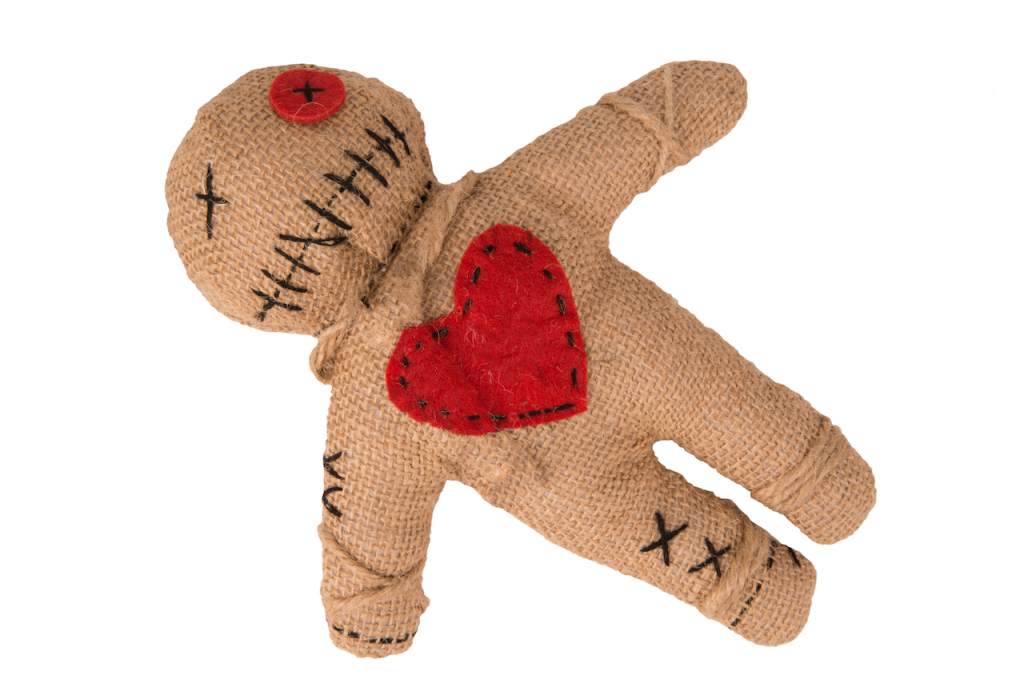 During the summer of 1916, New Jersey beaches became the sight of a bloodbath. During two weeks, a shark killed four individuals and severely wounded a fifth. The attacks rocked the idyllic Eastern Seaboard, but even more shockingly some of the attacks took place far up the freshwaters of the Matawan Creek. After dissecting an eight-foot-long shark with human remains in its stomach, locals had their man-eating culprit.

A string of serial killers inspired the legend of werewolves. These included individuals such as Pierre Bourgot, Michel Verdung, Giles Garnier, Peter Stubbe, and Jean Grenier. In some cases, the murderers confessed to being werewolves further exacerbating the hysteria surrounding their brutal acts. 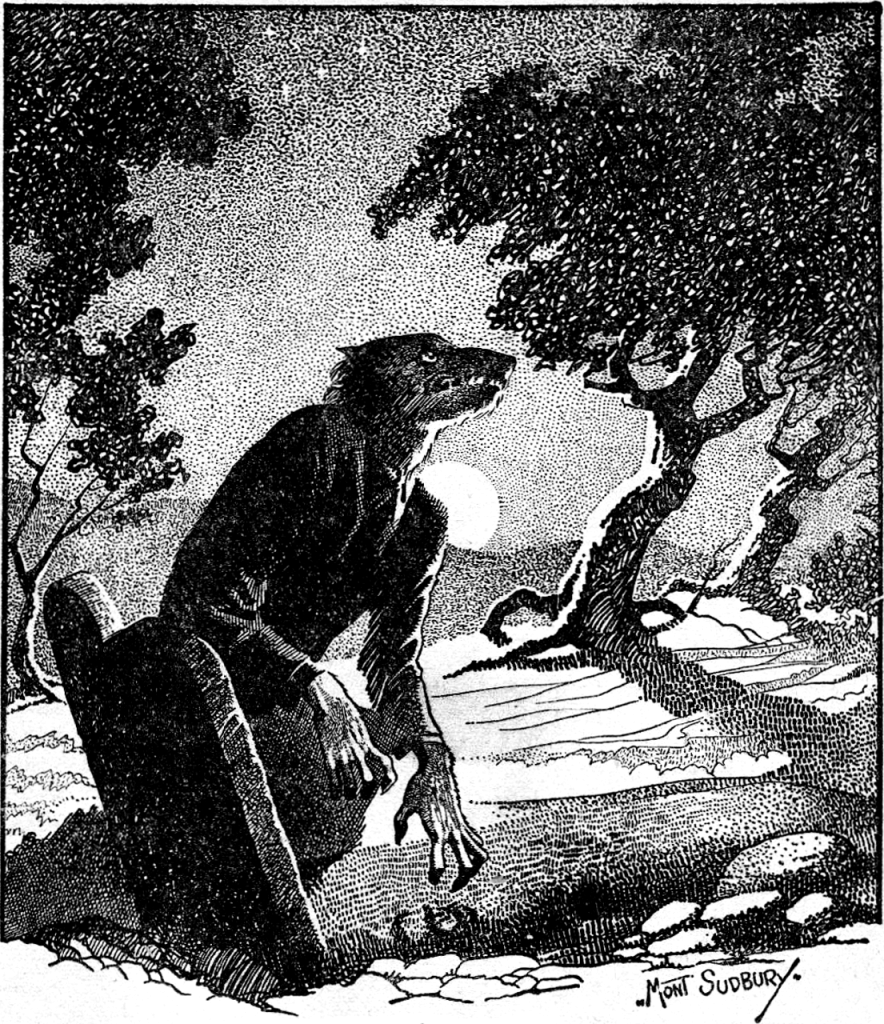 Stephen King is known for crafting horror stories that get under your skin. One of his most famous and disturbing tales is 1990’s Misery, the story of a famed author held hostage by an obsessed fan, Annie Wilkes. King took inspiration for Wilkes from the true crime story of Genene Jones, a nurse convicted of murdering approximately 60 children from 1977 to 1982 during hospital stays.

Whether you prefer to call him The Mummy or Imhotep, the idea of Egyptian mummies coming back from the dead has chilled people’s blood since the turn of the 20th century. That’s when King Tut’s tomb was uncovered along with a curse to those who opened it. After members of the archaeological team that excavated Tutankhamen’s tomb started dropping like flies (nine total), many came to believe the hype about the curse of the mummies, providing fodder for the story of The Mummy. 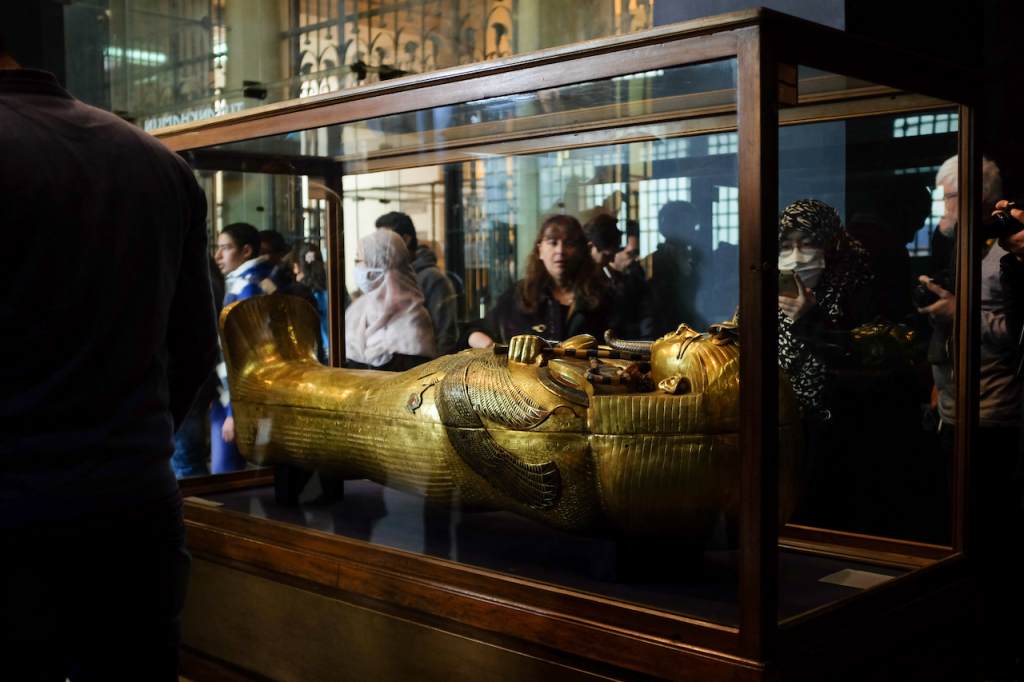 Where did Wes Craven turn when dreaming up the disturbing character of Freddy Krueger? Craven’s inspiration included somniphobia (fear of sleep) and Sudden Unexplained Nocturnal Death Syndrome(SUNDS). In the 1980s, SUNDS became a serious problem among members of the Hmong community with 130 casualties.

In the 19th century, the upper crust frequented gruesome yet fascinating science shows. During these spectacles, some scientists used electricity to temporarily reanimate animal remains. One attendee of these shows was Mary Shelley, the author of 1818’s Frankenstein; Or, the Modern Prometheus.

Another iconic Stephen King villain is the killer clown Pennywise. The concept of the murderous clown came from the real-life story of serial killer John Wayne Gacy. Gacy regularly dressed up as Pogo the Clown (when he wasn’t luring young men to violent deaths). Between 1972 and 1978, Gacy killed at least 33 victims before interring them in his backyard. That said, law enforcement officials continue to link new victims to him thanks to DNA technology. 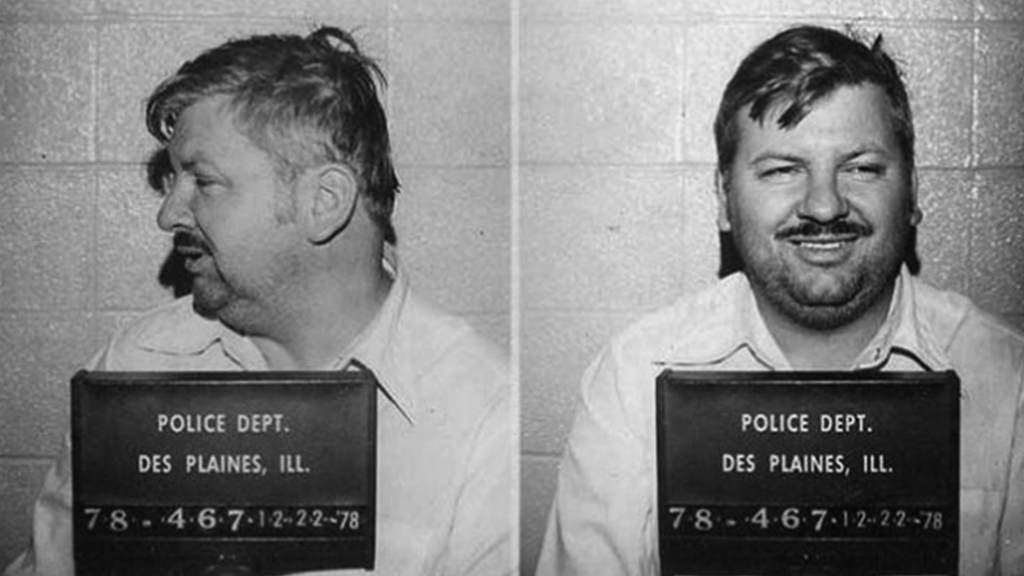 The notorious serial killer and grave robber, Ed Gein, has inspired many silver screen monsters, including Leatherface, Norman Bates, and Buffalo Bill. Like these characters, Gein (a.k.a. the Butcher of Plainfield) enjoyed sporting his victims’ skin, and he also made trinkets out of their bones and various body parts. Besides all of this, he fostered a weird obsession with his mother. After her death, he began donning his female victims’ skin so that he could become his mother, taking the whole Oedipus complex next-level.

Who can forget the gigantic earthworm creatures that terrorize the deserts of rural Nevada in 1990’s Tremors? But you might not realize the sandworms’ mouths were inspired by the powerful jaws of snapping turtles. 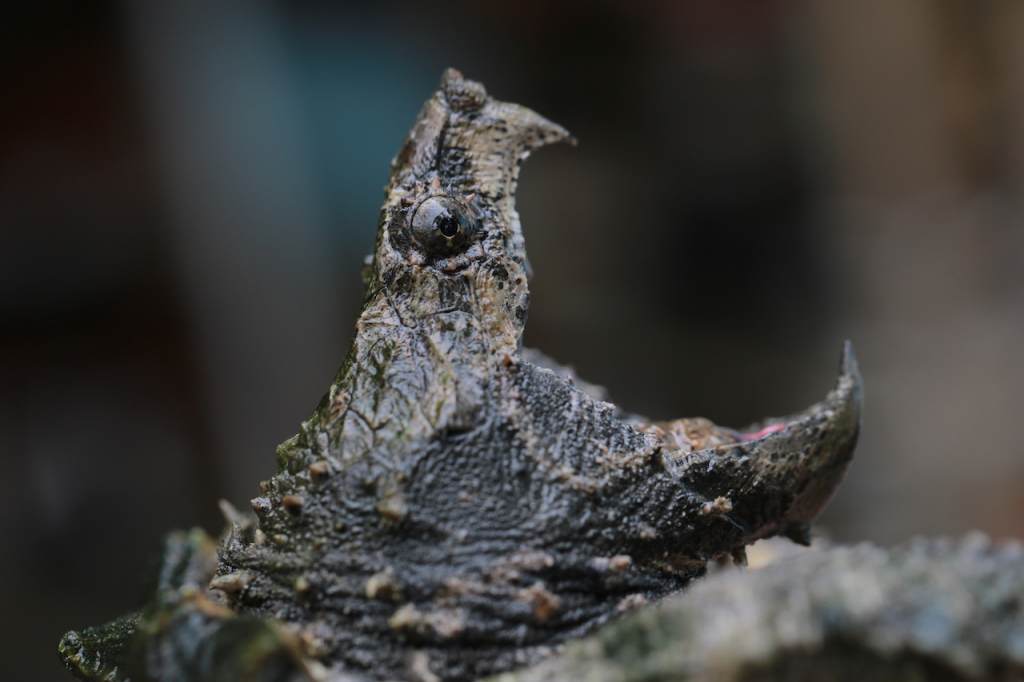 In 1950, two police officers, Joe Keenan and John Collins, reported witnessing a “strange object” fall from the sky in Philadelphia, Pennsylvania. Where the mysterious object landed, Keenan and Collins found a pile of purple goo. When they touched it, the goo vanished. Sure, the account ruined the police officers’ reputations. But it also inspired a true B-rated blockbuster, 1958’s The Blob.

If you’ve seen 2014’s Annabelle, then you understand vintage dolls can be no bueno. Although the Hollywood version of the story relies on a much creepier vintage doll, the original inspiration for this story came from a Raggedy Anne doll circa the 1970s. Implicated in paranormal activity, the doll has even been fingered as the cause of a motorcyclist’s death. Fortunately, infamous paranormal couple Ed and Lorraine Warren neutralized it, and the “toy” remains housed behind priest-blessed glass so that the evil entity within can’t harm visitors to the Warren’s Occult Museum. 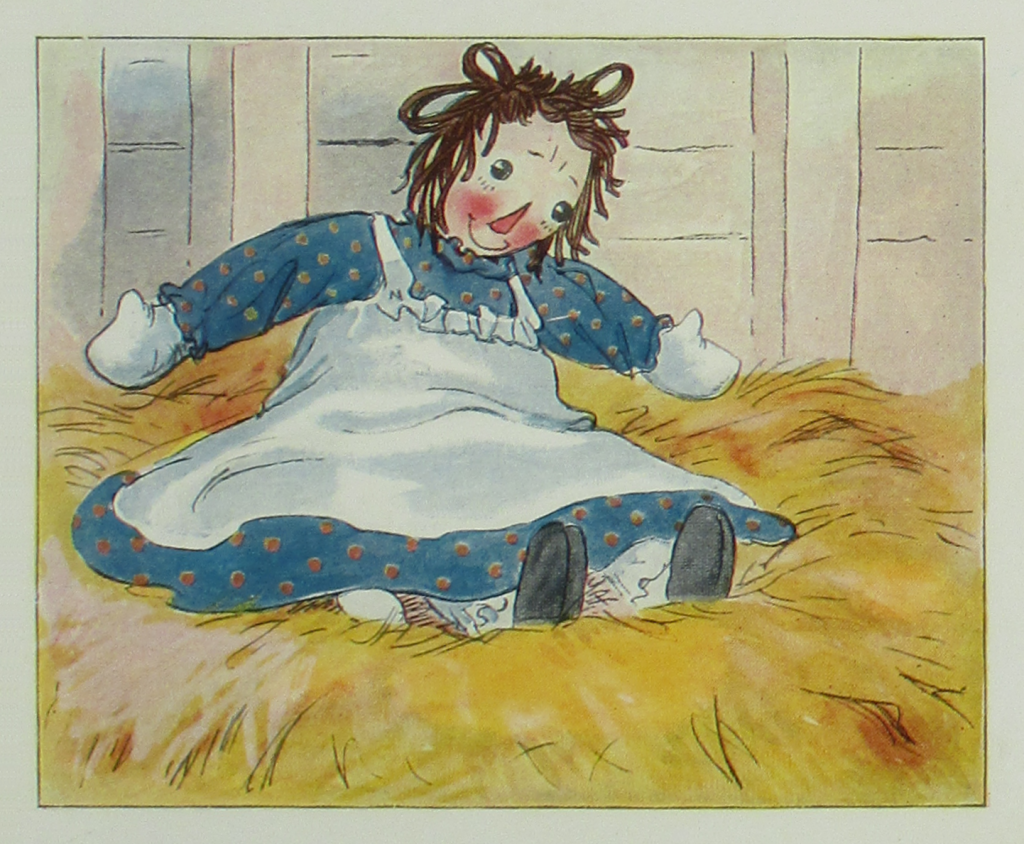 15. The Creature From the Black Lagoon

Our list of Hollywood monsters wouldn’t be complete without a bonafide missing link. It comes in the form of a prehistoric fish-like beast, the titular character of 1954’s The Creature From the Black Lagoon. This humanoid figure with marine adaptations symbolizes the original missing link that eschewed the waters of the deep for a terrestrial life.