One hedgehog was saved with a pair of BBQ tongs. 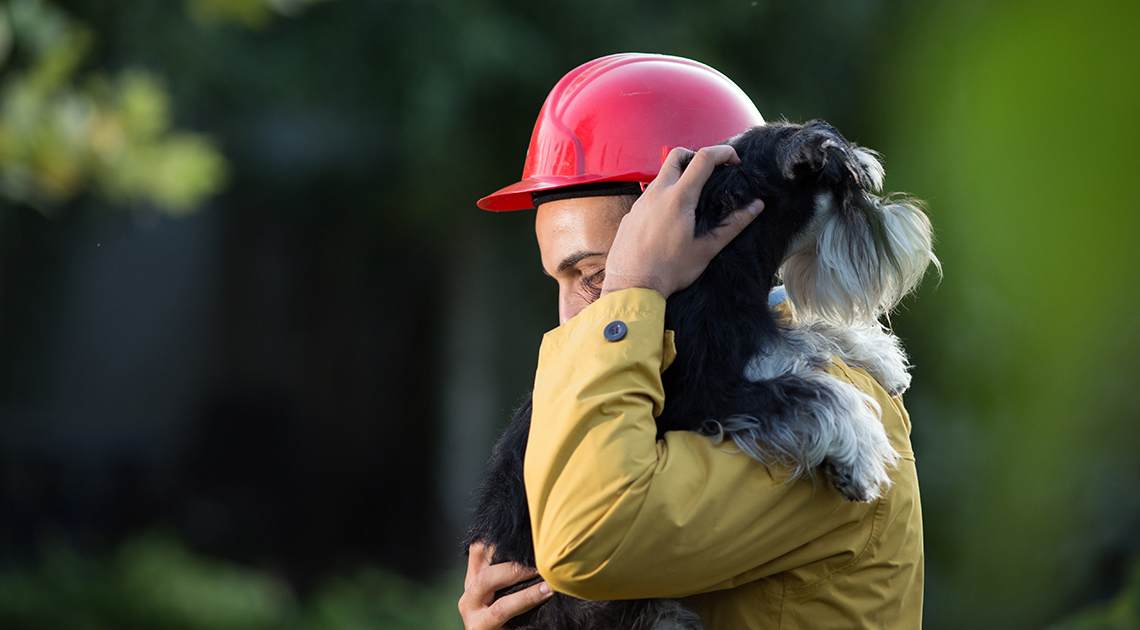 The RSPCA (Royal Society for the Prevention of Cruelty to Animals) responded to multiple “weird and wonderful” animal rescues in 2022 involving animals ranging from a very large hedgehog to a five-foot boa constrictor. Several of the thousands of incidents involved birds, pets, and farm animals that ended up in “sticky” situations, the British charity organization revealed in a press release.

Dermot Murphy, the organization’s inspectorate commissioner, explained, “It’s an honor to be able to lend a hand to animals in desperate need and we hope people enjoy seeing some of the weird and wonderful places animals have found themselves in need of our help.”

In April, the RSPCA and fire crews helped a very large hedgehog that got stuck in a ground pipe on the Isle of Sheppey Holiday Village in Leysdown-on-Sea, Kent. No one could figure out how the massive creature ended up in there. It was challenging for RSPCA officer Portia Mearns to extract him, so the local Fire and Rescue crew lent some help. Afterwards, the hedgehog was taken to a wildlife rehab center.

Another hedgehog was rescued in Hull, East Yorkshire, in August, and the humans who helped used an unusual tool to release it from an open drain. “It was great teamwork… it involved a little bit of gentle persuasion and the use of some BBQ tongs to carefully ease him out of the drain,” RSPCA’s Gary Cotton told the BBC.

A fox cub managed to get his head stuck in a car wheel that was stored in a shed in Orpington, London, in April. When rescuer Rodney Kenney arrived, residents told him that the fox’s sibling was also nearby, attentively watching over her brother.

“It is likely he had been trapped for several days without food or water, so the little fox needed to be freed as soon as possible,” Kenney explained. He freed the fox with a little soap, and since the animals’ mother hadn’t been seen in a while, the cubs were taken to a treatment center.

Other foxes RSPCA helped in 2022 include one who got its head stuck in a watering can, another that fell into water and became trapped under a pontoon, and multiple pups who got tangled in sports netting.

Animals seem to have a knack for getting their heads stuck in objects. Over the summer, a sheep got jammed between the bars of a metal field feeding station in Wythenshawe, Greater Manchester, in June.

Rescuer Helen Chapman described the animal as a little chubby ewe who greedily attempted to get extra feed at a station designed for lambs and young sheep. The animal wound up with her “back end stuck outside the bars.” Chapman widened the gaps in the station, and the ewe was able to get out and return farm animal family.

In August, a toad wedged itself between two decking boards in Willenhall, West Midlands, causing it to get very stressed. Rescuer Ash Moore explained that most of his body was able to squeeze through the gap; however, its legs got trapped on the opposite side. Moore widened the gap between the boards and used some cleaning liquid, so the toad was slippery enough to get out. Vets gave him a once over before releasing him.

In September, a Hispaniolan common tree frog was discovered in a bunch of bananas after traveling 4,300 miles from the Dominican Republic to the UK. A couple found the creature while putting away their groceries.

Finally, a rat in London Colney, Hertfordshire, got stuck in a metal bird feeder in October. Rescuer David Waite said, “The rat must have pushed himself into the metal bird feeder to gorge on the bird seed but then realized his eyes weren’t bigger than his belly, but his belly was bigger than he anticipated.” Waite had to cut the bars of the feeder to release the rat, who didn’t sustain any injuries in the incident. It was set free on the spot.

Other unusual rescue missions by the charity group include a lamb that fell down a six-foot hole, a five-foot boa constrictor that wandered into a McDonalds, and seal pups trapped on sea cliffs.