The Science of Free Diving

For most people the thought of training yourself to hold your breath longer in order to dive deeper into the ocean seems like an odd activity. 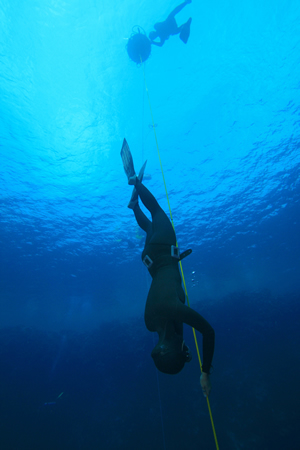 To some however, this can be a passion, a sport, or even a way of life.

Diving without the use of supplemental gear is not a new concept; people began practicing this thousands of years ago.

Before scuba gear was invented,  it was necessary to collect fallen valuables and possibly collect ocean floor materials without the aid of extra oxygen.

It is believed that in Ancient Greece divers would strap weights to themselves and reach depths of up to 100 feet in search of sponges.

Asia is famous for a group of women called the Ama who for the last couple thousand years have trained themselves to go down in search of edible seaweed and clams, a practice still used today.

The Bajau people, sometime known as the sea gypsies of Malaysia and Indonesia have long practiced deep sea fishing requiring them to hold their breath for several minutes and descend more than 60 ft (watch the video courtesy of BBC YouTube)

Free diving nowadays is often seen as a competitive sport that is practiced in many parts of the world. Although highly dangerous, this sport can also be very rewarding.

Like other sports, free diving is a way to challenge and push the body to its extreme.

Before the 1950’s scientists believed that diving past about 115 feet would cause our chest cavity to implode due to immense water pressure.

One man, Enzo Maiorca changed that when he returned safely from over 115 feet. It was then realized that at such depths our bodies experience something called blood shift which causes the lungs to fill with plasma preventing collapse. 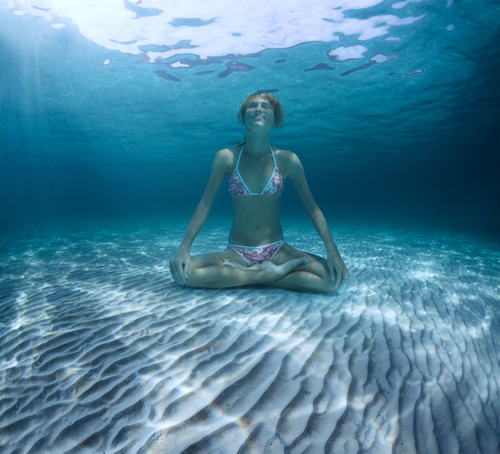 On top of that, our bodies also compensate by undergoing some automatic adjustments once exposed to water.

A term known as the mammalian dive reflex allows our bodies to reduce the heart rate and metabolism in order to slow the rate we use oxygen.

When a person holds their breath the body immediately begins to divert blood from muscles, skin, and other extremities towards the body’s vital organs such as the heart and brain.

The goal is always to be relaxed; the mind plays a serious role in free diving. Expert free divers focus on breathing exercises and relaxation techniques to help push them further in each dive. 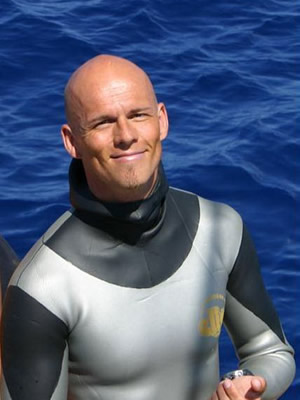 Not Just For Experts

Free diving is a great sport for beginners as well. The body can be trained to hold its breath for 45 seconds which can get you down to about 30 feet. Anything past that requires more rigorous training and practice.

Herbert Nitsch, a world famous free diver has gone down over 700 feet!

But this is not to be taken lightly, free diving has injured and killed many people and only those who are serious and disciplined should undertake such challenges.

With free divers constantly competing over record titles pushing their bodies further than ever imagined, who knows how far the human body will go? Our bodies always seem to astound even the brightest of minds.