The Spirit of Salem: Lori Bruno

She looks like the world’s friendliest grandmother, albeit one with boundless energy who dresses all in black. 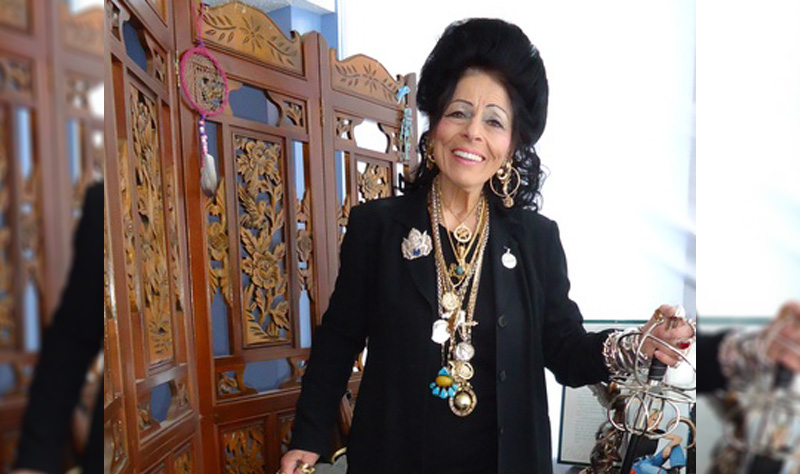 “I love you,” she says, nonchalantly, before ending a phone conversation with someone she’s never met.

And the thing is, you really believe she means it.

But you can forgive others if they don’t, or if they tend to question most of the things Lori Bruno has to say, like when she claims she can heal sick animals or when she says she can predict your future.

Still, what else would anyone expect from the self-proclaimed Witch of Salem?

“The word witch means wisdom, integrity, truth, courage, and honor,” she says. “I coined that term when I was 18 years old. So yes, I am a witch.” 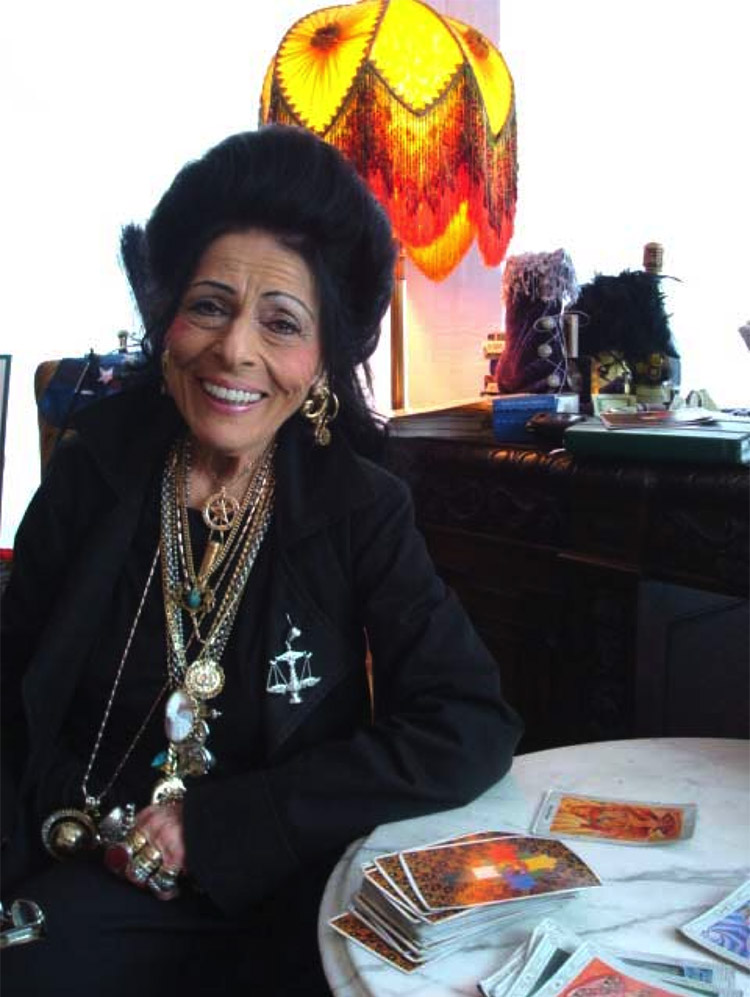 Meet Lori Bruno, the 78-year-old Hereditary High Priestess; Elder of the Sicilian Strega line of the Craft of the Wise; and founder and Head Mother of Our Lord and Lady of the Trinacrian Rose Church, Inc., in Salem, Massachusetts.

With a wide smile, high black hair and rings on every finger, she doesn’t portray the image of a witch. She instead looks like the world’s friendliest grandmother, albeit one with boundless energy who dresses all in black.

She has many jobs, like running her church, for one, which she has called “non-denominational place of spiritual development and learning.” She also serves as the head of a charitable organization and owner of a shop, Magika, on Federal Street, where she and others can “solve problems,” involving those of love, business, and even legal cases while teaching the “ancient traditions” and selling an assortment of Witchcraft books and practitioner items.

Salem is the perfect place for such things, as it was home to the 17th-century witch trials, and has built an entire tourism industry around the occult. During summers, and especially every October, spectators come to visit the town’s many occult museums and shops.

But Bruno offers something more, she says.

“This is not a carnival, or schtick, or B.S.,” she says. “We have helped so many people. There was once a colonel in the U.S. Army who came to me and I was able to save his marriage.”

Recently, her own dog was feeling ill, she says. She took the pup in her lap, closed her eyes, and she says she was transported in her mind to the “most beautiful place.”

“The next day, the dog was running around, just fine, and my husband asked what I did,” she says. “I told him it was simple—I did what needed to be done.”

Some customers walk in for readings, while others make appointments. In her shop, they will see symbols of all religions, along with a picture of the word “Imagine.” (Bruno is a big John Lennon fan). And she finds it easy to describe what she calls her “powers.”

“It’s positive energy to heal and create good,” she says. “We believe all religions should come together and enhance the universe in peace. We want to take care of humanity. We want you to know that if you do evil, you better remember—evil will come back and knock on your door. If you do good, good will come back to you. The power is love.”

Over the years, she has gained notoriety for these efforts, as well as others, appearing on television, in newspapers and on podcasts across the world. She will lecture to other mediums on her craft and assist families and law enforcement officials (for no pay) in searches for missing loved ones.

Of course, she has also made headlines for other reasons, both good and bad. Like in 2015, when she sued a former business associate who was a self-proclaimed warlock. “Salem Witch Sues World’s Best-Known Warlock for Harassment” a Huffington Post headline read. Naturally, Bruno won the case.

And there was the time, in 1996, when then-Massachusetts Governor Michael Dukakis presented Bruno with the “Protection of the Children of the Commonwealth,” award for her work as a foster parent. The award still hangs in her shop.

But for all the good she’s done, there will always be doubters.

“That’s quite alright,” she says. “Whether you put a label on yourself, if you still love, the God of light sees your heart, and in the heart is the soul.”

Bruno lives in Salem with her husband of 40 years, 77-year-old Luciano Sforza, and their six dogs: four Pomeranians, a poodle, and a chihuahua. The couple has two children and four grandchildren, and one—a granddaughter—is poised to take Bruno’s place, she says.

“She has the gift,” she says. “She will follow in my footsteps.”

But not for a while. Bruno still answers phone calls late into the night, helping others with their problems. And while she’s busy doing that, she wants to help change the perception of witches.

“So many women think they’re witches, and they’re all about garish clothes, their boobs hanging out,” she says. “That’s not what we’re about at all. They hop on the witch bandwagon to make money. And that’s not it—it’s about making peace in this world.”

And never have we needed it more, she says. 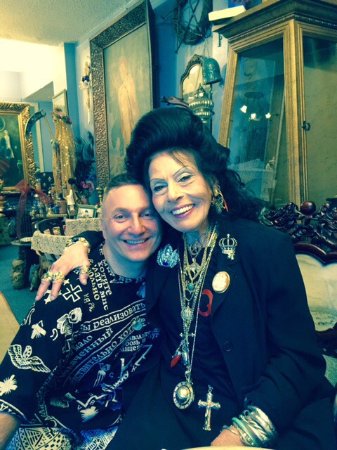 Bruno is ready to keep doing her part.

“I was very lucky to be in this family,” she says. “I don’t know why they did it, but I thank the gods they did.”

With the conversation nearing its end, she departs in her normal fashion, whether she truly knows you or not. Because, after all, she sees it as her mission to spread a little tenderness around. On the other hand, maybe she knows you better than you realize.

“I love you,” she says. “Love to your kids. And love to your whole family. I just love you all.”

Previous post How Fake Was Orson Welles’s War Of The Worlds?